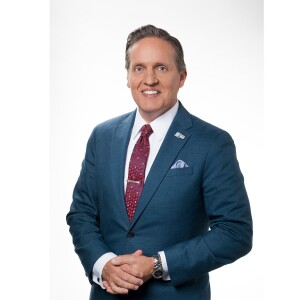 On a table inside Jean Hargadon Wehner's home in Howard County, sits a rock with the word "Courage" carved into it -- right next to a picture of Sister Catherine Cesnik.

“This is a woman who I felt should be spoken of, should be honored, should be discussed within the church," Hargadon Wehner told WMAR-2 News’ Christian Schaffer, in an exclusive interview.

In the 1990s Hargadon Wehner sued the Archdiocese of Baltimore, under the name of "Jane Doe.”  Then last year she re-surfaced, in the Netflix series “The Keepers.”  This is the first time since the release of that series that we are hearing from her.

Hargadon Wehner is featured prominently.  She names the disgraced priest Joseph Maskell as one of her abusers, when she attended Archbishop Keough High School back in the late 1960s.

On the last day of school in the spring of 1969, Sister Cesnik asked Jean whether she was being made to do something she didn’t want to do, and whether priests were involved.  And she said yes.  The nun told her she would take care of it, and to have a good summer.

“I do believe that she died as part of the cover-up of the sexual networking group that was going on,” Hargadon Wehner said.

Sexual abuse has been talked about before, but never for such a wide audience in the way Jean Hargadon Wehner did in The Keepers -- using many words and phrases we can't repeat on broadcast television

She took viewers inside the office at the school, where Father Maskell raped her dozens of times, and even invited other men -- she says, priests, politicians and police officers -- to rape her as well.

"I know that there are a number of them that were just shocked to hear me say some of those things,” she said.

When Hargadon Wehner came forward in the 1990s as Jane Doe, she had spoken with members of her family about what had happened to her.  Another 20 years after that, talking to a worldwide audience about being sexually abused was not going to be easy.

“I also know that I did things I still carry a lot of shame for, and I have no idea who would look at me and say 'I remember you in that room'" she said.

But she trusted the producer of The Keepers, Ryan White, who we interviewed last year.

“The least we can do is immerse ourselves in this darkness, that's not asking too much. It took three years to document it, hear these people, hear their truth and relay it to the world so that it doesn't happen again,” White said, in an interview at the studios of WMAR in 2017.

Hargadon Wehner says the reaction to the series has been overwhelmingly positive, from people she knows and also from strangers who recognize her out in public.

“They were touched by it,” she said.  “It's a wonderful thing.  I am more grounded now after a year - to be able to say, you know, it's done what I hoped.”

Which is, that more victims would come forward and get help: “What the final product was, I could not have hoped for more,” she said, adding that the series also brought new attention it brought to Sister Cesnik’s murder.

“It did exactly what was necessary, in that it informed, it educated. It made people think. It brought the abuse parallel to the murder. Let you decide, do you think they're connected,” she said.

The series went even further.  Hargadon Wehner says Father Maskell actually took her to a remote area of Baltimore County and showed her Sister Cesnik's body, as a warning not to tell anyone what had happened to her.  Memories of that incident and the abuse started coming back to her in the early 1990s.

But she says it's true.  And it confirms, for her, the events that led up to the nun's murder.  She says she has no doubt it was related to the abuse at Archbishop Keough High School.

Baltimore County police say they are still investigating Sister Cesnik’s murder, but no arrest has ever been made.

Now, Hargadon Wehner is adding her voice the call for a grand jury investigation in Maryland, similar to what happened in Pennsylvania.  She believes that would be the best hope for a new breakthrough in the case.

“This was a crime ring,” she said.  “And I believe that if we had a criminal justice, a grand jury come together we would find that it would help people understand how the abuse was really connected to her murder.”

The massive grand jury report into six Catholic dioceses in Pennsylvania named more than 300 priests who had sexually abused more than 1000 children.

“Priests were raping little boys and girls. And the men of God who were responsible for them not only did nothing, they hid it all,” said Pennsylvania Attorney General Josh Shapiro, at a news conference to announce the release of the grand jury report on August 14.

“The time of telling these victims to keep their truth to themselves has ended,” he said.

For Jean Hargadon Wehner, that time ended a long time ago.  But in the 90s, her experience in coming forward involved lawyers, depositions and eventually a Baltimore City Circuit Court judge refusing to allow her lawsuit against the Archdiocese of Baltimore to go forward.  All of it, she believes, was a church and state effort to tell her, to keep her truth to herself.

“They wanted everyone to just go back to sleep, and that's the silence, that's the icing over what went on and what I believe is still going on,” she said.

And that is why Hargadon Wehner says she watched the release of the Pennsylvania report with a mixture of shock and hope.

“Now I know, now I know there are records and I want those records dug up by good Catholics who want the truth to be told too, just like we have been, as survivors, digging up our truth and trying to present it in a way that people will hear us and understand,” she said.

But she also hoped for change within the Baltimore Archdiocese and the wider Catholic church, which she no longer considers herself a part of.

“I'm a very hopeful person but I have not been able to hope that something will happen here in Maryland around the crime, the criminal behavior that the children were put through,” she said.  “I pray that something similar happens here.”

What the Pennsylvania report showed her, was that records do exist, of abuse and of the hiding of that abuse.  Wehner believes if a similar investigation happened in Maryland, it would uncover not just more of the same, but worse:

“In Maryland they will find the raping of the children but they will also find a criminal network that was being covered up by a variety of institutions and one was the Archdiocese of Baltimore, and that's my personal opinion,” she said.

Hargadon Wehner also believes the statute of limitations on child sexual abuse claims should be removed, which would people of any age to report abuse that happened when they were children.

She keeps a book called "The Body Keeps the Score,” which she recommends to friends and family members, to help them learn how to talk with survivors of child sexual abuse.

For her, healing is a life-long process – a process she feels the Archdiocese of Baltimore has tried to avoid -- by not acknowledging that Sister Cesnik tried, and failed to stop the abuse at Archbishop Keough.

“How do we justify Cathy Cesnik's life? Those of us who know that she was a woman of her word, a woman who would do what she could if she said she was going to do it. I think that by continuing to talk about her, by giving her credit for what I know as a fact happened, that is a just deed. That I am justifying her life,” she said.

WMAR-2 News has asked Maryland Attorney General Brian Frosh what it would take to begin a grand jury investigation into the three dioceses that serve Catholics in Maryland – the Archdiocese of Baltimore, the Archdiocese of Washington and the Diocese of Wilmington.  So far, the only answer has been that the attorney general’s office does not confirm or deny the existence of investigations.

A spokesman for the Archdiocese of Baltimore, Sean Caine, said the Archdiocese would cooperate with any law enforcement effort to hold abusers accountable.  But Caine added that the disclosure of the names and information about dozens of priests back in 2002 is something that the dioceses in Pennsylvania had not done.. And that contributed to the push for a grand jury probe.

There's a website with much more information on what's happened since the series came out.  It's called "The Keepers Impact”