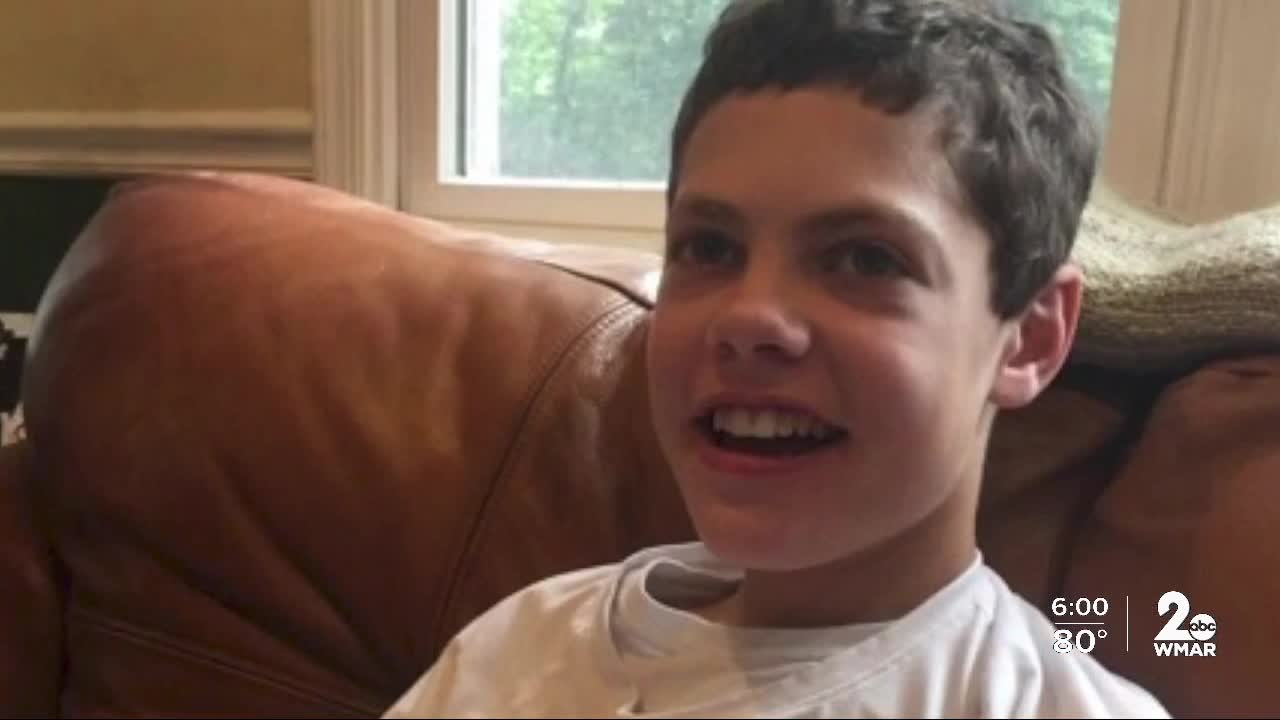 Nearly 10 months after their son’s death, the Levy family is still seeking answers on how it could have happened. Bowen Levy, a 17-year-old Central Special student with autism and Pica, a type of eating disorder, died last November after choking on a rubber glove.

BALTIMORE — Nearly 10 months after their son’s death, the Levy family is still seeking answers on how it could have happened.

Bowen Levy, a 17-year-old Central Special student with autism and Pica, a type of eating disorder, died last November after choking on a rubber glove.

It’s been months since Anne Arundel County Public Schools launched an investigation, however, the Levys can’t get answers to the most basic questions including when the investigation will be complete, who is investigating, and why they haven’t been interviewed or contacted.

The school system’s probe follows an investigation conducted by the Anne Arundel County Department of Social Services, which found evidence of child neglect.

The summary also stated that Bowen’s 1:1 assigned staff member was absent, his teacher left at 12:45 p.m., and there were multiple staff who substituted throughout the day.

“Per the Principal, the teacher has autonomy to assign staff to a 1:1 coverage within the classroom and if the teacher is absent, the teacher leaves sub plans. One staff member, [], reported that she did not review the sub plans that day. …

At the time that it was reported that someone finally noticed that he was choking, Bowen was in a classroom with six additional students, one staff member [], and two high school volunteers. It is the assessment of this investigator/worker that it is more likely than not that Bowen was able to obtain and swallow the rubber glove that ultimately led to his death due to a lack of supervision in the classroom at the end of the day. Had the classroom been staffed with two additional staff members, rather than student volunteers who are not caregivers for the students, Bowen may have been observed obtaining the glove and/or putting it in his mouth.”

WMAR-2 News Mallory Sofastaii asked the school system’s spokesperson when the independent investigation will be complete. In March, Bob Mosier, responded “I do not have a precise date for you, but I expect it to be soon.”

This week, Sofastaii asked Mosier about the anticipated completion date, but he didn’t answer her question.

“They haven’t answered any of the questions we sent them in writing. They haven’t told us who’s investigating, whether or not it is indeed independent or not,” said Levy. “In the meantime, for us, the big deal is we’re trying to, again, we can’t bring Bowen back, but we can hopefully prevent this from happening to anyone else moving forward. And we can’t even help make sure of that because no one is telling us anything.”

Levy said he will keep pushing and doing everything he can to get answers.

Mosier said AACPS Superintendent Dr. George Arlotto received Levy’s letter sent on August 24 and will be responding to him directly.

Mosier added that in the FY2021 budget, the County Council approved the Board’s request for 32 additional positions for staff needs at their three developmental centers and the positions will be used to provide additional supervision of students at these centers.

“The Board of Education remains consolate and was saddened by the loss of our student. Our school community still misses him and grieves for his passing.
Our duties as the BOE includes a quasi judicial role that limits and in some instances, such as this one, prohibits engaging the matter directly to ensure any decision resulting from the investigations can be appealed to us and we can ensure due process rights were upheld and we remain benevolent and independent to render an appropriate decision.”