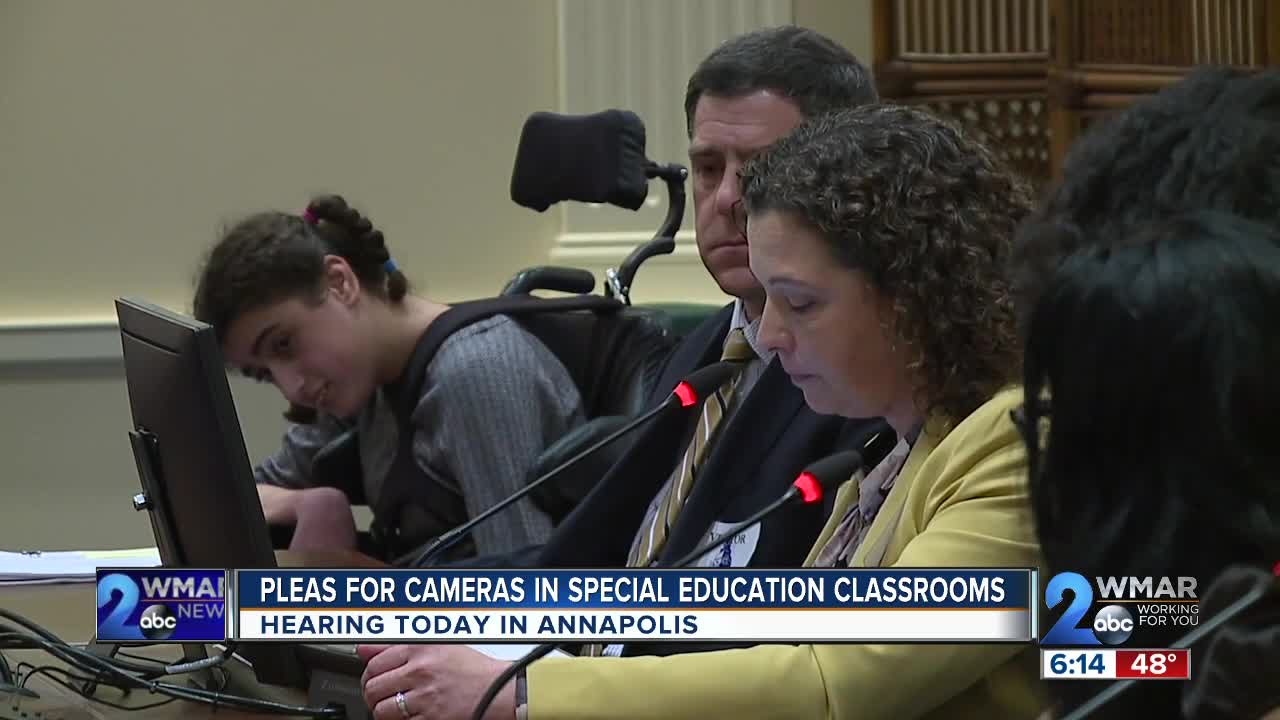 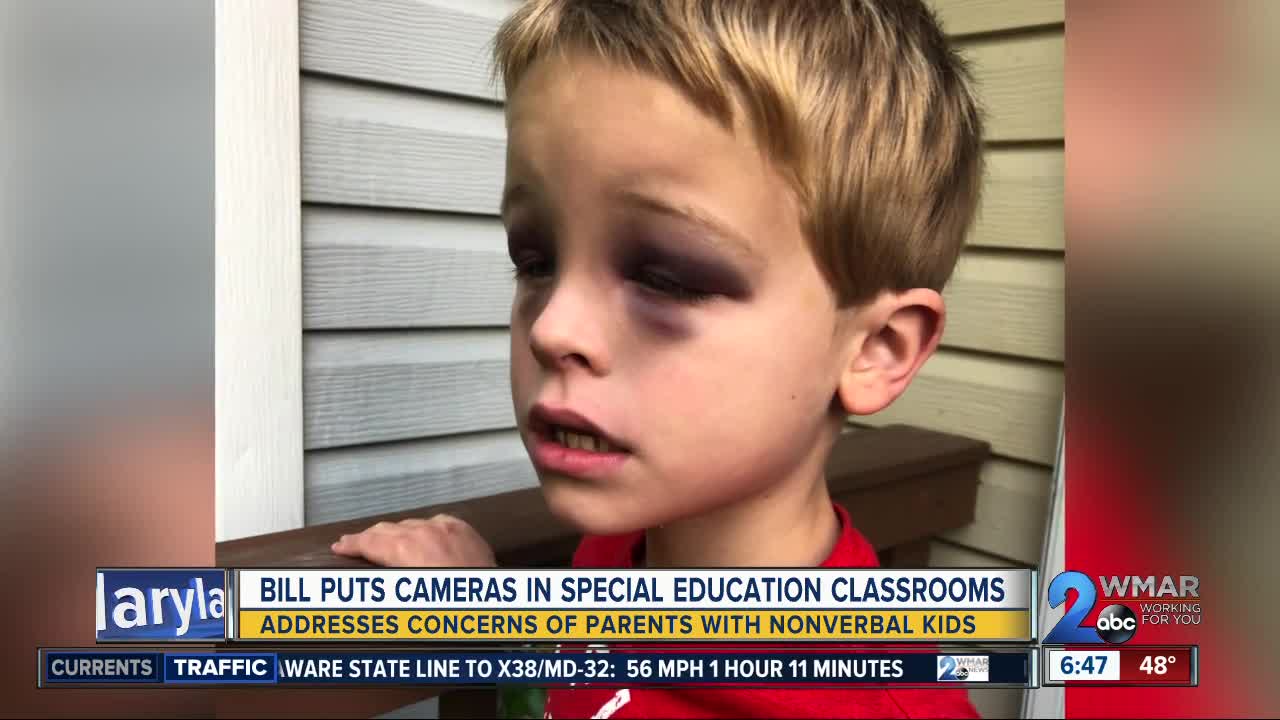 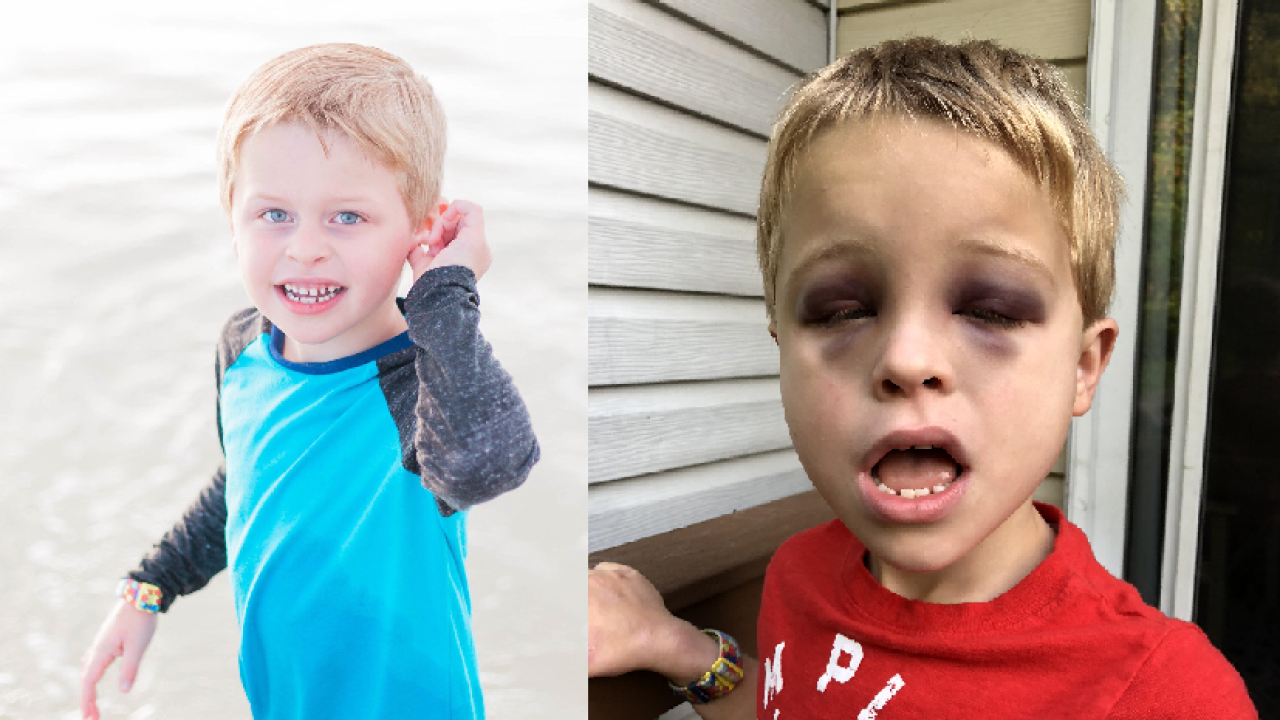 Delegate Michele Guyton (D-Baltimore County), a sponsor of the legislation, said she was approached by a coalition of parents with nonverbal children who were coming home from school with unexplained injuries.

"Destiny was wheeled off the bus one day with a broken leg. The school doesn't know what happened," said Susan Reinhart, Destiny's mom during testimony on the bill on Wednesday.

"The second incident she was hit right above her eye with a hard object where she had to receive stitches," said Darria Wise, another parent who testified about her child's injuries on Wednesday.

Katie Gandy's nonverbal autistic son, Grayson, suffered a head injury on September 17, 2018. When he got off the bus, she noticed a large bump on his head, but there was no immediate explanation from the school as to what happened.

"No note in his backpack, no phone calls, no nothing, no communication whatsoever," Gandy said.

More than a year later, she still has questions that could've possibly been answered had the incident been caught on camera.

"His head is visibly swollen that's from the side. You take a photo from the front and this is how he looked when they sent him home from school," Gandy said.

Gandy's husband immediately reached out to the school.

Emails from teachers indicate the injury was the culmination of Grayson hitting himself throughout the day, but Gandy said doctors told her otherwise.

"The ER doctor and our primary care doctor said it was a blunt force trauma injury," Gandy said.

Even if it was self-harm, she wants to know why none of the educators in the room restrained the 60-pound boy.

"We trusted them. We trusted them with our nonverbal autistic child and they let him get hurt," said Christian Gandy, Grayson's dad.

What's in the bill?
The new legislation would require a video recording device in self-contained special education classrooms beginning in the 2020-2021 school year. The cameras would only record during school hours or any time the spaces are in use. Video recording devices may not record inside bathrooms or in areas that students use to change clothing. County school boards would also have to provide notice that a video recording device is in use. And unless there's a request to view or store a particular recording, footage would only be stored up to three months.

In addition, only certain parties can request to view video recordings. They include school employees who report incidents, parents/legal guardians of students who report an incident, and certain agencies investigating an incident.

The county board must respond to requests to view video recordings within three days of receiving the request.

Guyton said the bill would better protect student, parents, and teachers who come under scrutiny.

"There's one particular case of a child who had bruises all over her legs and the teacher was pulled from the classroom for a period of time for investigation, and it turns out that injury was actually from another student and not the teacher at all. So, teachers need this protection as well as parents and students," said Guyton.

Grayson's physically doing better, but the Gandy's said it's hard to heal when you don't know exactly what happened to your child.

"It's going to be an open wound until we can figure out what happened, why it happened, and how they're going to fix it," Gandy said.

The Fiscal and Policy Note puts the cost of cameras statewide in the millions, but Guyton is asking that figure be reviewed. Most schools already have cameras in hallways, school buses, and school entrances. The systems are in place, the costs would be for new cameras and installation, which Guyton estimates would be around $300-400 per school. She said there's grant money through the Center for School Safety that may cover this.

"Also, there's a provision in the bill that makes it a little different from a lot of our other public education [bills] because it says you can accept gifts for this," said Guyton.