A few weeks into the school year, 7-year-old Grayson Gandy suffered an injury so severe, he developed two black eyes, a swollen forehead, and was out of school for months.

BALTIMORE — Grayson Gandy started first grade at Bellows Springs Elementary in Howard County last September. His third week of school, he suffered an injury so severe, he developed two black eyes, a swollen forehead, and was out of school for months. His parents sought answers from the school system, but feel they haven't received a thorough explanation. And the one person who could truly say what happened, their son Grayson, has autism and is unable to verbally communicate what caused the injury.

Citing school policy and federal law prohibiting them from discussing issues involving a student, Howard County Public School System declined WMAR-2 News request to sit-down with Superintendent Dr. Michael Martirano. However, Grayson's parents, Katie and Christian, are speaking about the situation because they say they need to know what happened in the hopes of protecting other children. 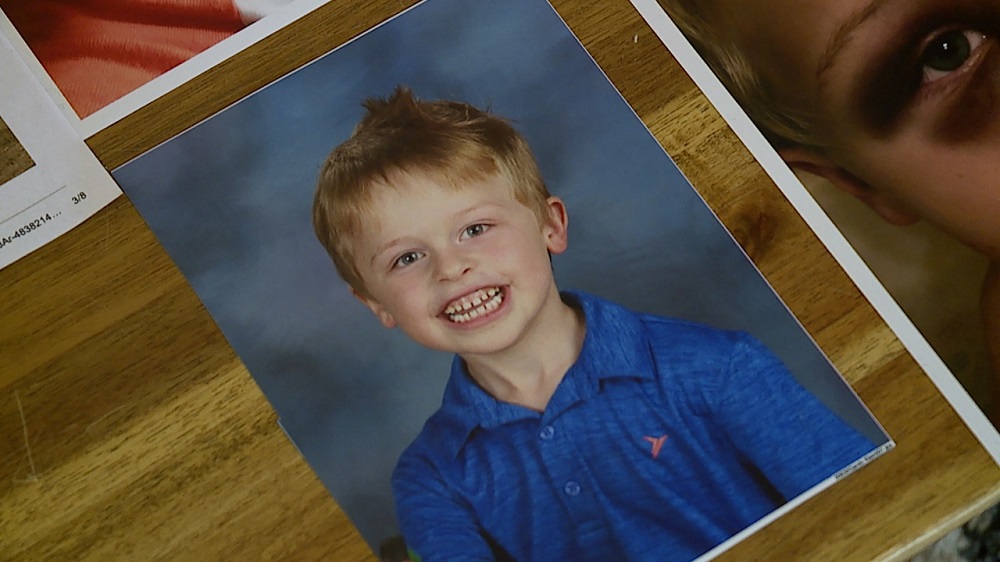 "We were really optimistic," said Gandy. "His teacher last year was fantastic, he made so many strides."

After making great progress last year, she learned Grayson's previous teacher was being moved to a different school. She tried to appeal to the special education executive director emphasizing the importance of continuity, but they said it was a staffing decision and her child would be in experienced hands.

In the first two weeks of the school year, Gandy was contacted by the school nurse to pick-up Grayson twice because he was hitting himself. The night before the third week, she sent the special education executive director another email writing the behavior plan to block self-injurious behavior (SIB) wasn't being followed and the program was "in crisis."

The next day, Grayson got off the school bus with obvious signs of a head injury. 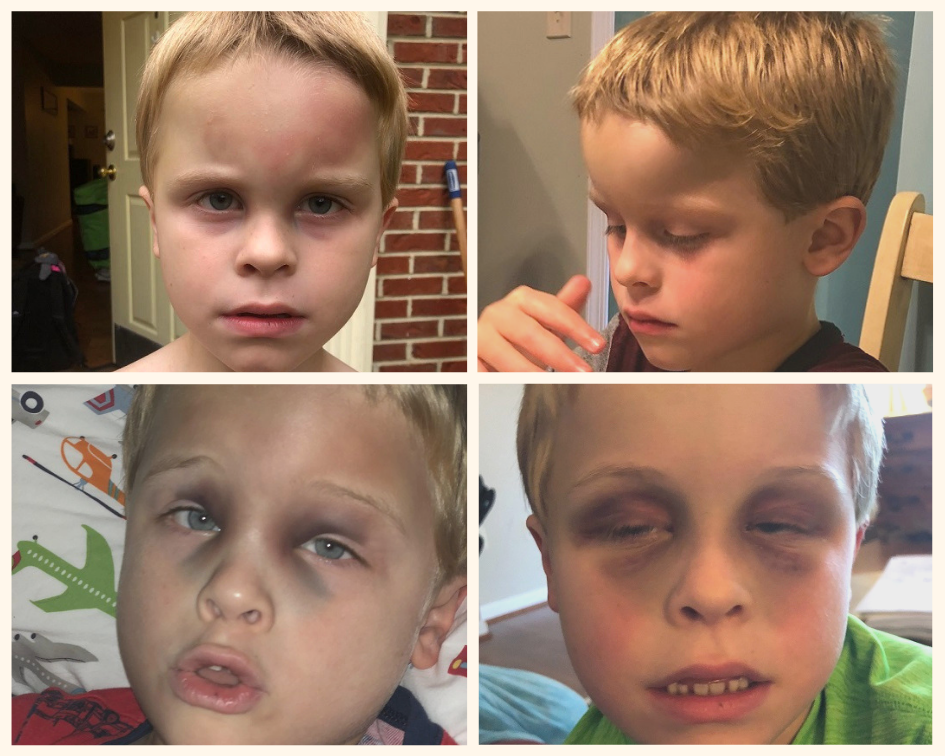 "I sent an email off to the school and to his teacher and the nurse and principal and everyone I'd corresponded with previously, and simply said, 'What happened?,'" said Christian Gandy, Grayson's dad.

The Gandy's say they received no warning or note as required by school health procedures for head injuries. His teacher wrote "lots of SIB" on his daily report but didn't mention anything more about the injury.

Katie took her son to the hospital where doctors ordered a CT scan.

The scan came back normal. Doctors held off on an MRI because they suspected Grayson may have had a concussion and they couldn't safely sedate him. The Gandy's were instructed to bring Grayson back for an MRI in a few months so doctor's could better determine if there's any permanent damage.

"You know, as a parent with a child with autism, you never really know what the future holds, so this adds an additional weight. It increased our uncertainty for sure of what's going to happen," said Katie Gandy.

And they say they've been left in the dark about what actually happened.

On September 25, the Gandy's and their attorney met with a team of teachers to address the incident and next steps. In the audio recording provided to WMAR-2 News Mallory Sofastaii, Grayson's teacher said he was already upset when he arrived at school.

"What I was observing over the course of the day was just an up and down roller coaster of him doing a lot of head hitting to himself," the teacher said.

At one point, she called for the nurse to check him out, but Grayson went on with the school day.

"I did not see the extent to which that looks like on the picture because if I had seen that I surely would've called you," she said.

When Katie Gandy asked why one or all four of the educators didn't restrain the 60 pound boy, they said they had planned to discuss the topic with the parents in the future.

Nearly 5 months later, the Gandy's still feel something's not right. They're unwilling to accept Grayson would or could cause that extent of harm to himself.

The family has asked Disability Rights Maryland to launch an investigation. Disability Rights Maryland declined to comment on this matter. The Gandy's also filed a Maryland Public Information Act request to see school video footage from the day the injury occurred. The school system initially provided a cost estimate of $6,967. A few days later, they fulfilled the request at no charge.

The Gandy's said they had to make the difficult choice between his safety or inclusion and they chose his safety moving him to a different school. Grayson was transferred to a special education school for kids with autism. The school system agreed the transfer would be best.

The family created a GoFundMe to help pay for expenses related to the incident. If you'd like to contribute, click here.