20 years after the Howard Street Tunnel Fire, what still needs to change 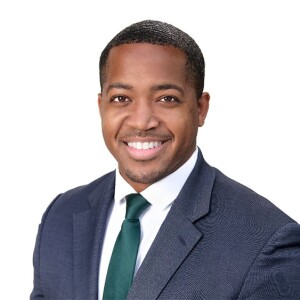 20 years after the Howard Street Tunnel Fire, what still needs to change

BALTIMORE — For six days, 20 years ago, Baltimore and freight rail traffic up and down the east coast, shut down.

"It was early in the afternoon, maybe 3:30 in the afternoon," Chief Roman Clark was an Administrator with the Baltimore City Fire Department when he got the call. "In responding to the scene we heard radio transmission that there was a derailment."

Eleven of 60 cars on the CSX train flipped off the tracks in the narrow Howard Street Tunnel. Several of those cars carrying hazardous materials, causing a massive chemical fire that would send the city into a panic.

As he assessed the scene, Clark realized thousands would be headed to the city for the Orioles game, and he had to make a quick decision, "Hey you’ve got to cancel this game tonight. We have a problem."

Six days of around the clock crews on the scene, three canceled baseball games and Clark says the best thing that could have happened in that instant did, a water main break, "It helped us tremendously by extinguishing the fire."

Getting the scene under control was a test. In 2001, Baltimore City Fire equipment wasn't as good as it is now. Crews were not able to enter the tunnel to fight the fire, or really assess the damage, without being suffocated by the smoke.

When the smoke finally settled, there were no lives lost and lessons were learned.

But Baltimore City is finding out change takes time. The tank car models on the train back in 2001 are still in use, and won't be completely phased out until 2029.

That's when freight train cars will be replaced with newer models, "So you've got a new standard which includes thicker tank shells. They're less native less brittle steel, they got head shields they're jacketed, they have a lot more thermal protection, the thermal protection systems better and it provides a greater impact as well as a fire resistance in accidents like this."

Jim Southworth with the NTSB tells WMAR-2 News the agency recommended creating better communication lines between railroads, the city and state along with revised emergency preparedness plan for tunnels. After a 3 year investigation contributing factors were identified, but, "We could not yet get something definitive enough or concrete enough or supportive enough with the factual evidence that we had to allow us to identify the elements of probable cause. This is one of the biggest investigations ever conducted and we still had that problem so it wasn't for not trying."

As Clark reflects back two decades, he remains incredibly thankful for how it all turned out, "It's tremendous because it could've been a lot worse. I mean with the hydro-chloric acids and you had fumes going though the air. With the stadium in operation you could’ve had thousands affected."

What did work that day, the system used to identify the type of cargo, gave rescue crews the fighting chance they needed, "Without the information of the amount of cars, what the cars were carrying, we could've probably could've, had a situation where it could've been detrimental to some of our firefighters."

In June 2021 it was announced plans to expand the Howard Street Tunnel finally passed an environmental hurdle.

That is something Maryland has been waiting two decades for. After several requests for help in fixing the tunnel were denied, it was finally 2019 when the state was approved for $125 million in federal grants to expand the tunnel.

When submitting the application for the funds Governor Larry Hogan said, "This is an essential project for the Port of Baltimore, State of Maryland, and the entire East Coast. Reconstructing the Howard Street Tunnel will create thousands of jobs, open up new trade lanes for the Port, and improve overall freight rail service across our nation. I’d like to thank our leadership team at the Port and CSX for their partnership and willingness to continue working with us on a solution. We look forward to working with our federal partners to make this transformative project a reality.”

These improvements have potential to bring more shipments into Baltimore, because double-stacked trains would fit int the tunnel, allowing Baltimore rail lines to move more cargo off ships coming into port.