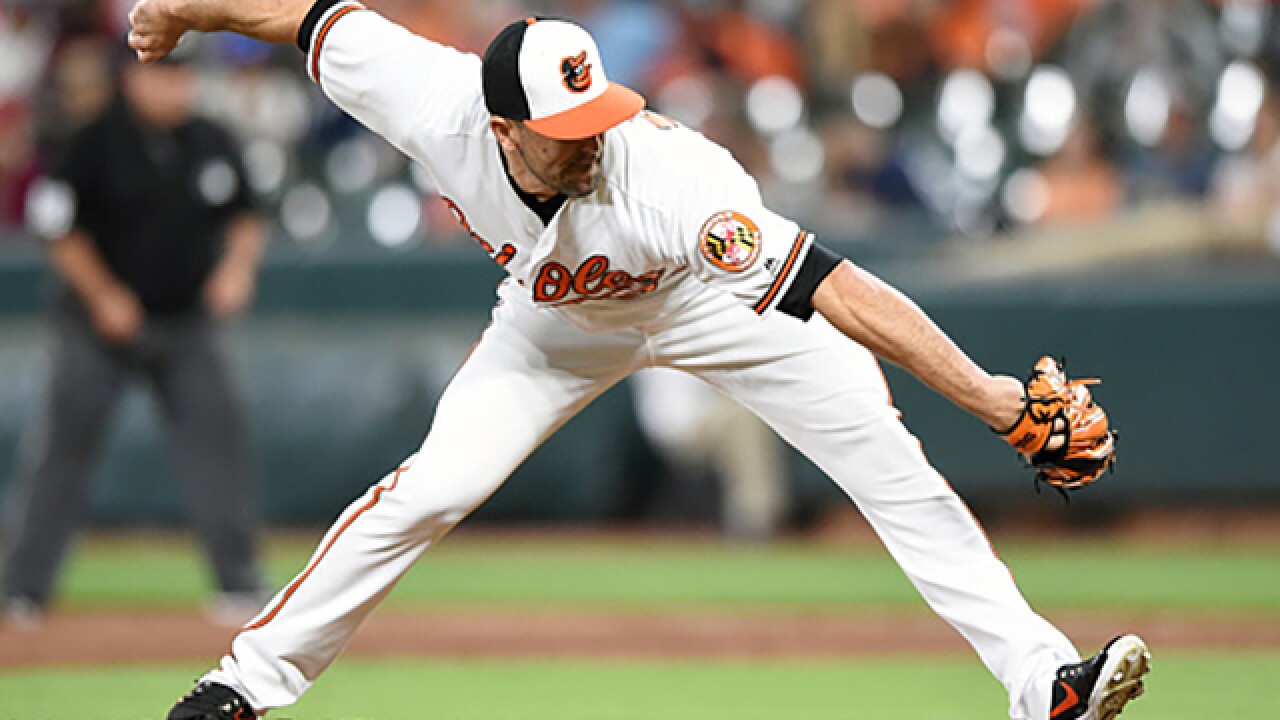 Copyright 2018 Scripps Media, Inc. All rights reserved. This material may not be published, broadcast, rewritten, or redistributed.
Mitchell Layton
<p>BALTIMORE, MD - JUNE 25: Darren O'Day #56 of the Baltimore Orioles pitches during a baseball game against the Seattle Mariners at Oriole Park at Camden Yards on June 25, 2018 in Baltimore, Maryland. (Photo by Mitchell Layton/Getty Images)</p> 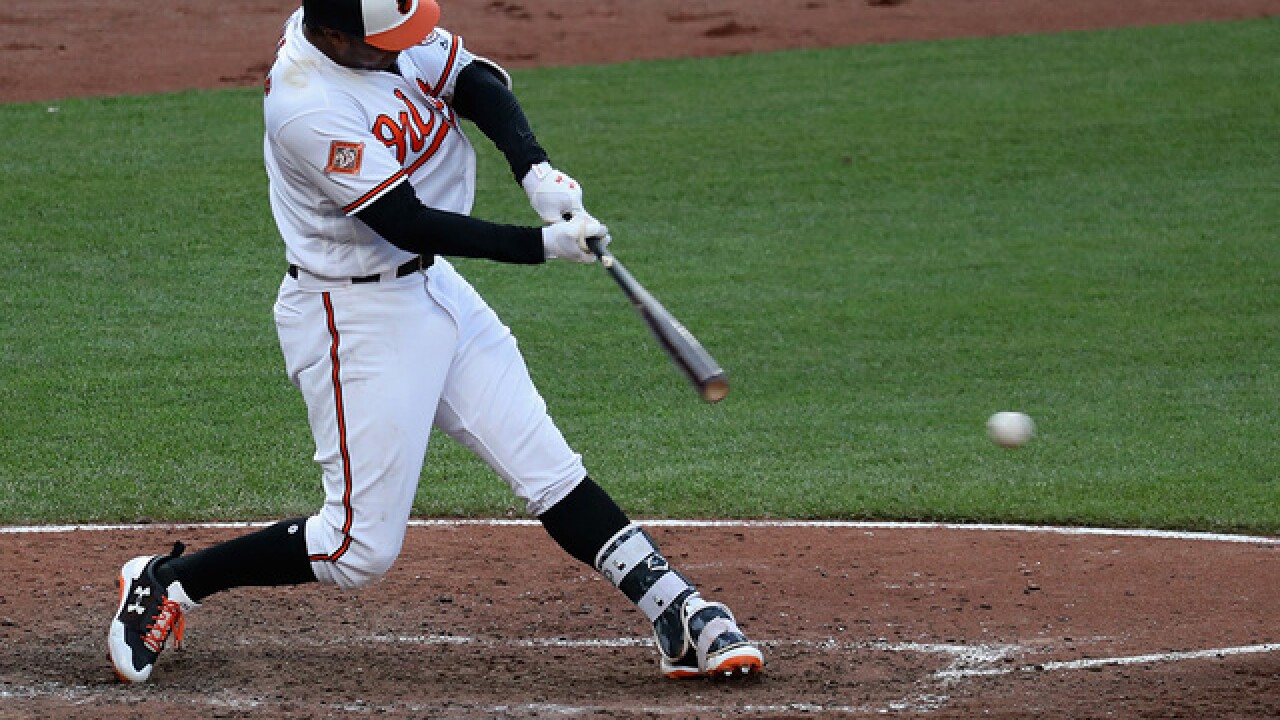 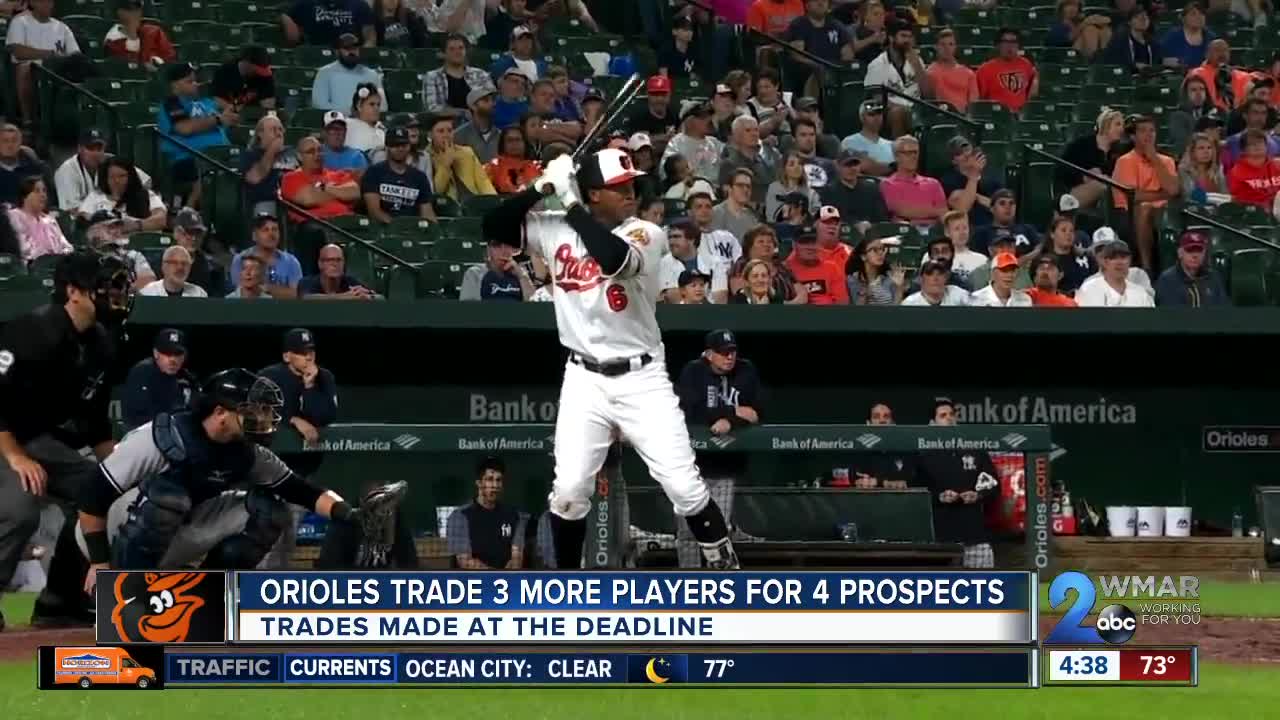 The Baltimore Orioles continue their rebuild, making another big trade prior to Major League Baseball's deadline.

Coming off of a rehab assignment, Villar will join the Orioles major league roster. Ortiz will go to Double-A Bowie, and Carmona will wrap up the summer in Short-Season A in Aberdeen.

Phillips will go to Triple-A Norfolk. Encarnacion has been sent to Class-A Delmarva. Cumberland and Zimmerman were assigned to Double-A Bowie.

These trades come after the Orioles made arguably the biggest deal of the season, sending home-grown star Manny Machado to the Los Angeles Dodgers. Closer Zach Britton was then shipped to the division rival New York Yankees. Reliever Brad Brach was acquired by the Atlanta Braves after that.