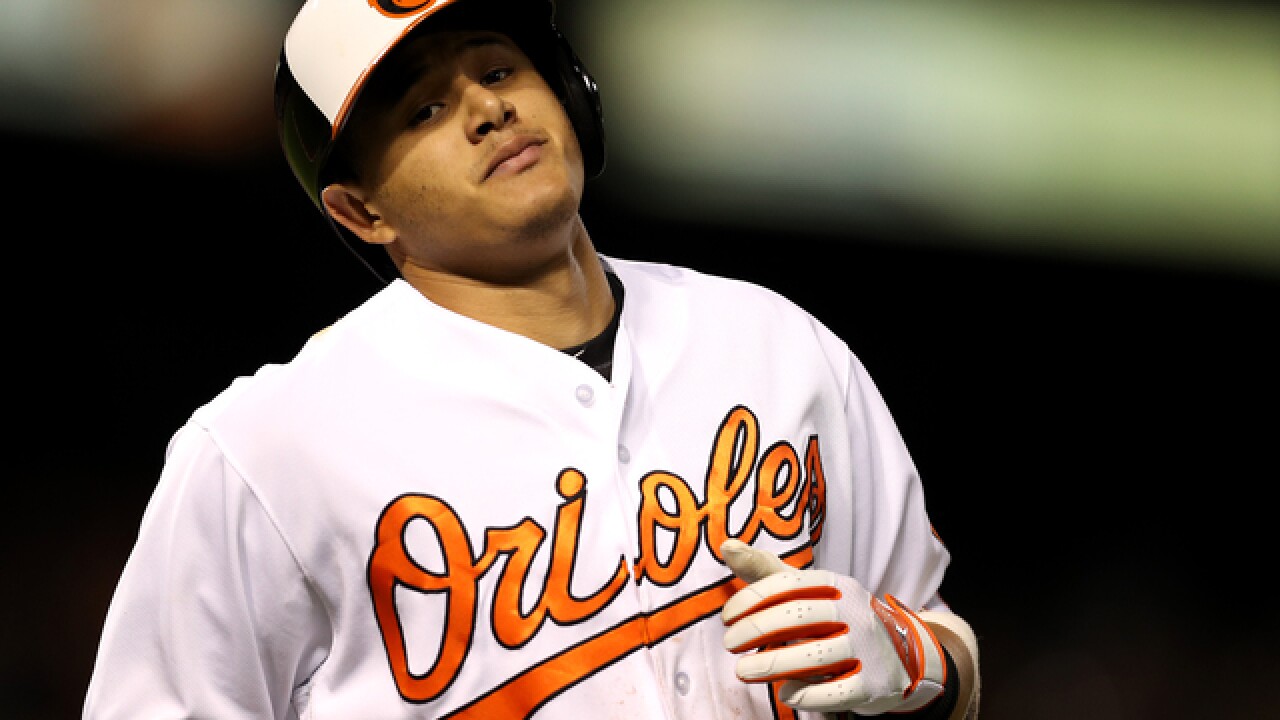 Copyright Getty Images
Patrick Smith
<p>BALTIMORE, MD - SEPTEMBER 15: Manny Machado #13 of the Baltimore Orioles looks on after lining out to left during the third inning against the Tampa Bay Rays at Oriole Park at Camden Yards on September 15, 2016 in Baltimore, Maryland. (Photo by Patrick Smith/Getty Images)</p>

Manny Machado has played his last game in an Orioles uniform, and is heading to the West Coast.

The Baltimore Orioles confirmed trading their star shortstop to the Los Angeles Dodgers in exchange for five minor league players.

Of the five prospects, only Valera has Major League experience. According to MLB.Com, Diaz was rated the Dodgers number four prospect with Bannon and Kremer rated at 27 and 28 respectively.

The Orioles have already announced Valera will be assigned to Triple A Norfolk, while the other four players will head to Double A Bowie.

Machado was in the last year of his contract and set to enter free agency at seasons end. He first joined the Orioles organization as the club's first round, third overall selection in the 2010 Major League Baseball Draft.