Blue Apron plans to bring its meal kits in stores 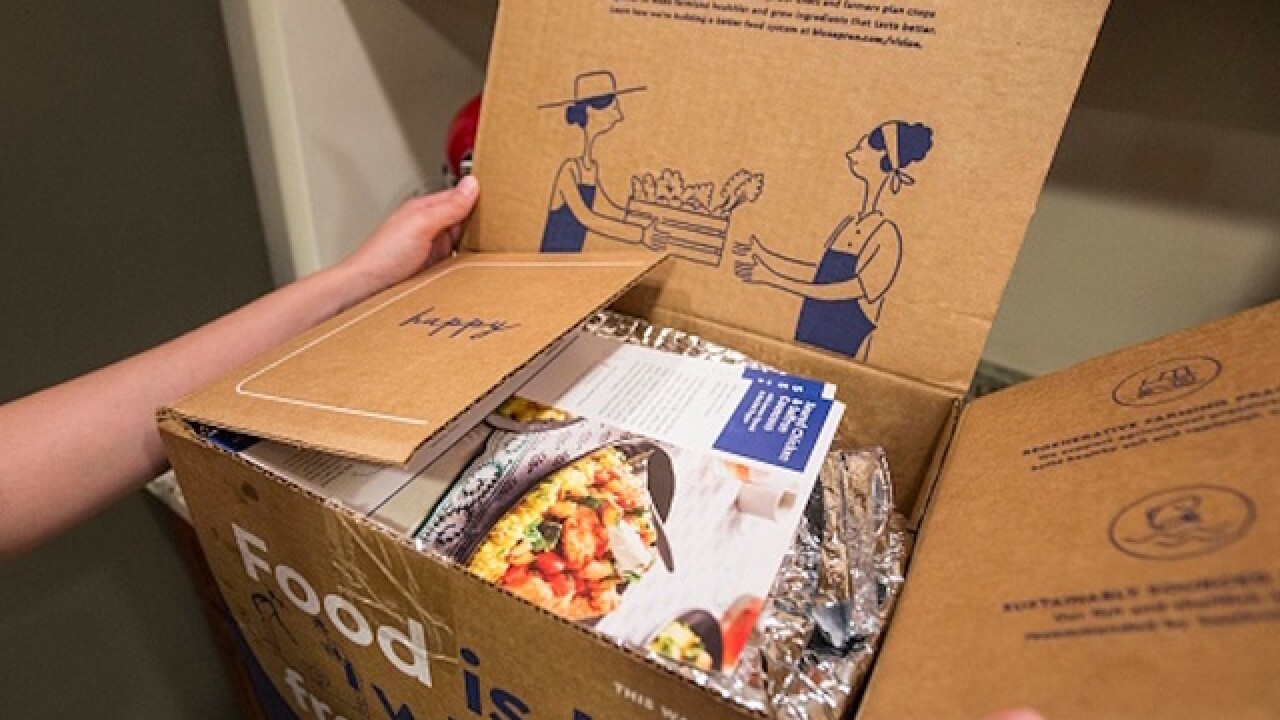 Image copyright 2018 Getty Images. All rights reserved. This material may not be published, broadcast, rewritten, or redistributed.
Scott Eisen
<p>BOSTON, MA - JUNE 28: In this photo illustration, a Blue Apron customer unpacks a Blue Apron box on a kitchen counter on June 28, 2017 in Boston, Massachusetts. The online meal-kit delivery company is going public and has lowered their upcoming IPO price range from $15 to $17 a share to $10 to $11 a share. (Photo by Scott Eisen/Getty Images)</p>

Blue Apron, which ships boxes of raw food to subscriber's doorsteps, wants to start selling its meal kits in stores.

The shift comes as more grocers get into the meal-kit business. Walmart, for example, is expanding its easy-to-make dinners in more than 2,000 of its stores.

New York-based Blue Apron confirmed plans of an in-store rollout but declined to provide details. The move was first reported by The Wall Street Journal.

Blue Apron Holdings Inc., which charges about $10 a meal, has struggled since it went public in June. Its stock price is down 77 percent since then, and it reported a 15 percent drop in subscribers in its last quarter.