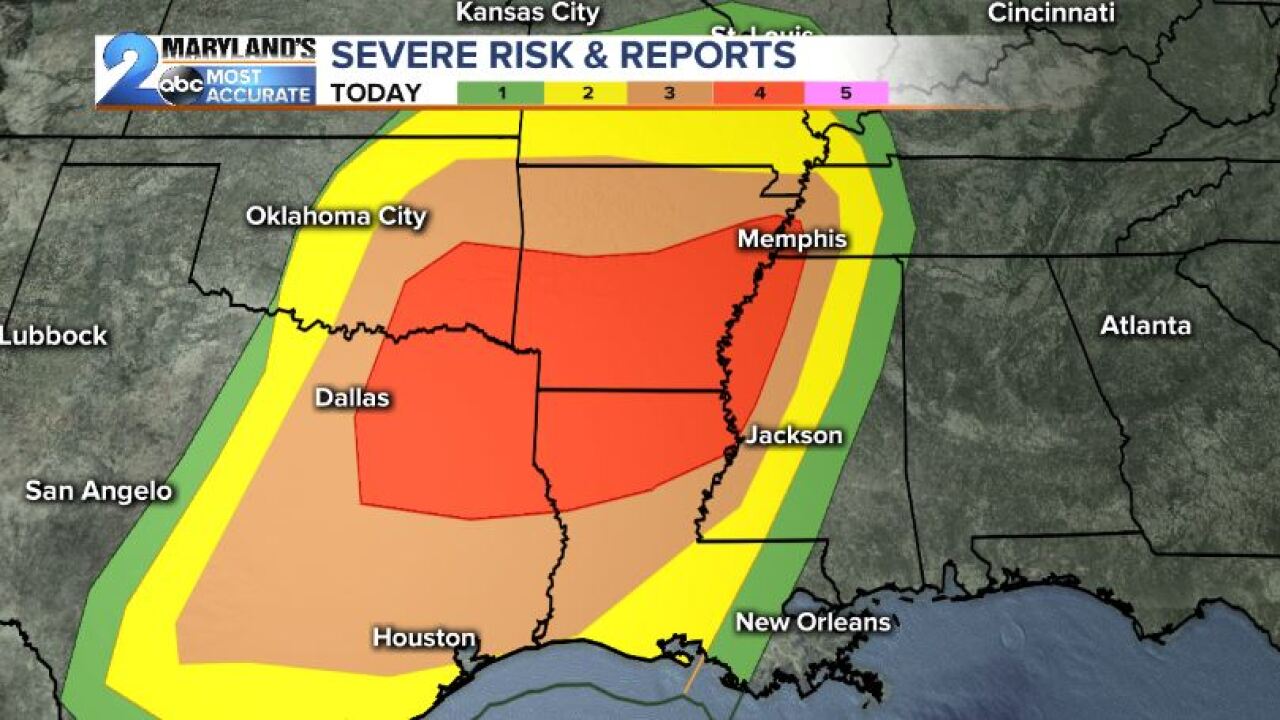 A Winter Weather System is currently causing an outbreak of severe thunderstorms this evening-- that will last into early Sunday morning for parts of the US. This system, accompanied by a sharp southward plunging jet stream will give way to the instability needed to create widespread severe weather. Widespread damaging winds-- sustained at 60+ mph area possible as this system moves eastward. Tornadoes, some of which may be strong, are also possible with this system.

As we push into the weekend, strong southerly flow will advect warm air into our area, and a couple of location will come close to breaking record highs. I expect things to stay relatively dry for most of the game Saturday, but a few isolated showers are not out of the question late Saturday.

Early Sunday morning, a version of this line of storms will build into the area. While weaker, there will still be the potential for some gusty winds-- 40 to 60 mph. Things should clear out by lunchtime, with temperatures falling through the evening.