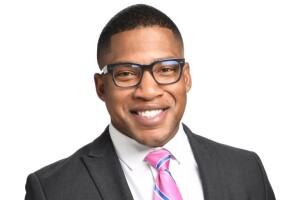 Patrick Pete joined the WMAR-2 News team in December 2019 as a meteorologist. He joins the team after serving a three year stint in the “home of the blues”, Memphis, TN.

Originally from Lake Arthur, La (outside of Lafayette, La) he is no stranger to severe weather. In fact, his original interest in meteorology was sparked at the age of 8 when Hurricane Opal threatened to make landfall and forced his family to evacuate.

Prior to moving to Memphis, he lived in Greensboro, NC where he was a doctoral candidate at North Carolina Agricultural and Technical (NCA&T) State University. During the course of his studies there he spent multiple summers interning with the National Oceanic and Atmospheric Administration (NOAA) in Boulder, CO doing Numerical Weather Modeling. As part of the curriculum he also was a teacher’s assistant and taught several physics and meteorology classes/labs.

While a little far from home, Patrick looks forward to getting involved in the community and bonding with locals over a couple of things that Louisianans and Marylanders have in common—a love of football and crabs! In his spare time he enjoys being in the kitchen; making his world famous Seafood Gumbo and Crawfish Etouffee’. When he’s not tracking weather systems and cooking, Patrick enjoys working out, running, and playing basketball—he’s not a bad spades partner either.