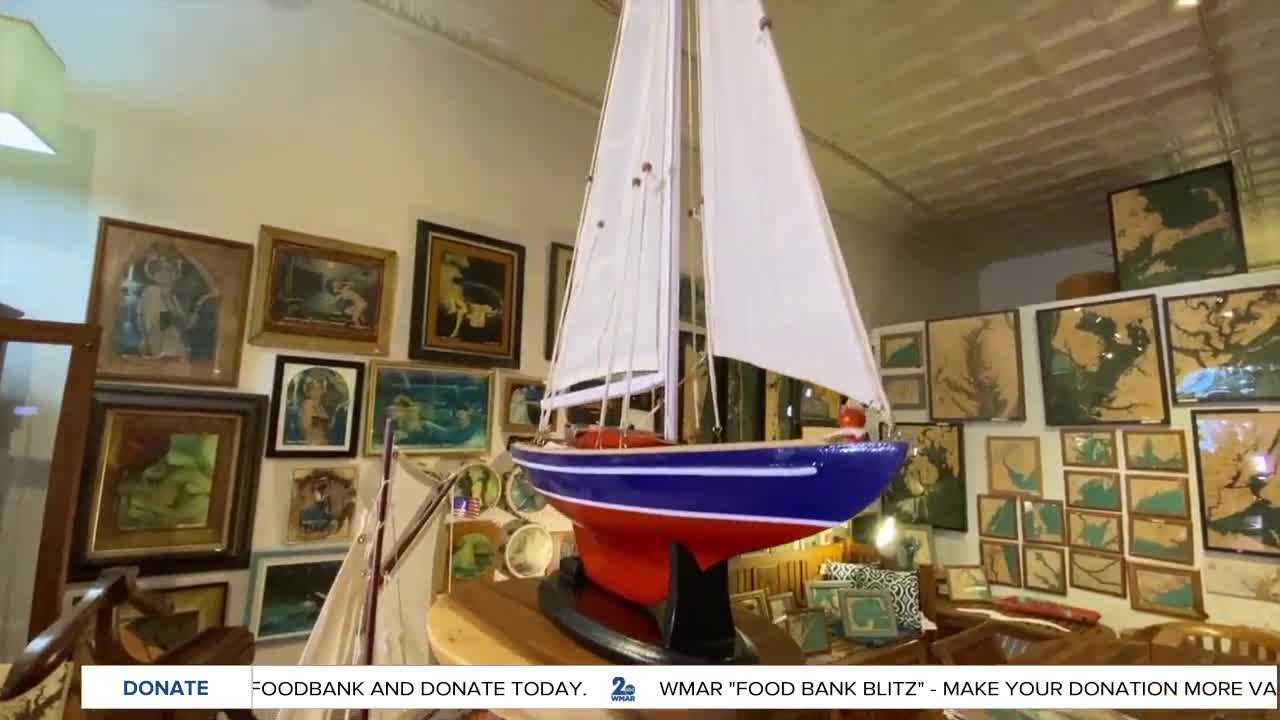 Annapolis should be bustling downtown now with Naval Academy grads and their families, but you know all that has changed.

ANNAPOLIS, Md. — Annapolis should be bustling downtown now with Naval Academy grads and their families, but you know all that has changed.

Woodcraft Artisans is right in the middle of Main Street Annapolis. A great location but that doesn’t matter if no one is in town and no one can come in.

Things were going great, they even opened a store in St. Michaels, then COVID-19 came. After being closed for a month and a half, the Governor said reopen, then the county executive said no and then later that night the Mayor of Annapolis made a decision.

Annapolis retail businesses can open but only let like one person at a time in the store.

So open it is! Last weekend, they opened for a bit and shoppers came out in an orderly way.

Washburn beefed up her online work and people followed. Her biggest sellers are 3-D maps. They are a marriage between a nautical map and a satellite map. The depth readings are like a nautical map, the ridges are cut by lasers in great detail.

"The big maps can have 9 layers on each other so there a lot of handy work there too," she said.

Restaurants are closed in Annapolis, so that severely impacts foot traffic, so they are happy to have any customers. The St. Michaels store is open Friday, Saturday and Sundays.