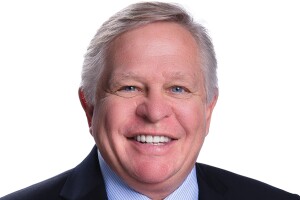 Don Harrison, or Disco as he’s known to friends, joined the WMAR-2 News team back in 1984, as a photographer.

Disco predominately covers Annapolis and the Eastern Shore, the area he knows the best.

Disco is a graduate of Severna Park High School. After high school he went to the University of Maryland.

Shortly after joining WMAR in 1984 Disco moved to the Annapolis Bureau. During his decades in Annapolis he has covered stories all over Anne Arundel County, Annapolis, the Eastern Shore, the Chesapeake Bay and Ocean City. He's also traveled the world for news and sports stories. In 1991, for the first Gult War, he was in Dhahran, Saudi Arabia. He went to Florida for coverage of Hurricane Andrew and was the first crew from Baltimore media to land in New Orleans after Hurricane Katrina.

Disco has a love of Baltimore sports. He once went to Vancouver for the Grey Cup with the Baltimore Stallions, Orioles spring training and playoffs as well as Ravels football playoffs and Super Bowl.

As the Annapolis Bureau Chief he finds it rewarding to cover news stories in the same area he grew up, where he raised his family and where he now lives.