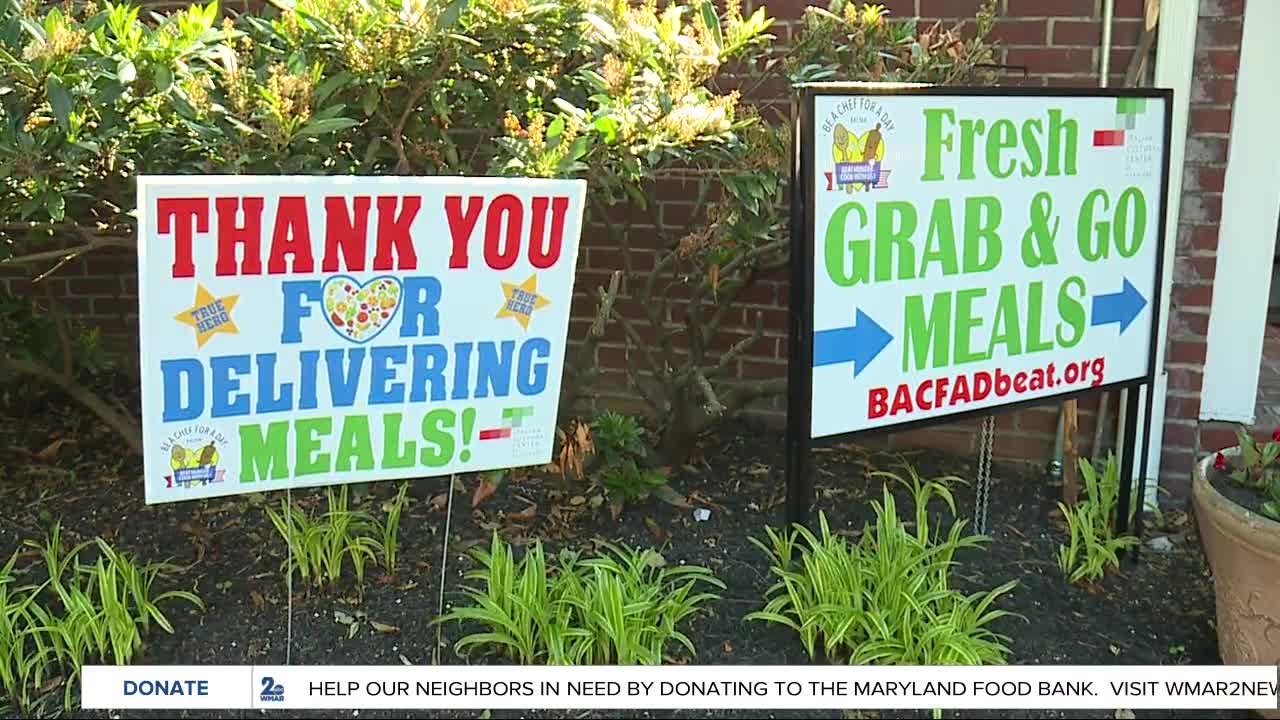 Baltimore organizations are continuing to support families in need during the pandemic as food insecurity grows in the city because of the virus.

BALTIMORE — Baltimore organizations are continuing to support families in need during the pandemic as food insecurity grows in the city because of the virus.

Executive Director of the Italian Cultural Center Monica Lapenta said the organization through its “Be A Chef for A Day” food program will have donated 15,000 meals to families across the Baltimore area next Tuesday.

Before the pandemic, the food program, which teaches kids how to cook on a budget, donated 300 meals to families a week.

With rising unemployment in the state due to pandemic related restrictions, the organization is now donating and delivering 10 times as much food.

For weeks, the Italian Cultural Center has been giving away more than 2600 meals a week.

“The stories that we heard daily are heart breaking,” said Monica Lapenta.

The organization enlist an army of volunteers to help deliver food. Lapenta said it has a total of 65 volunteers, including 14 delivery drivers.

Lisa O’Reilly, who is a volunteer, said she had to get involved because it wouldn’t sit right with her if she didn’t.

“These are neighbors. These are people that I know,” she said. “When we all have a problem, some where along the line, we’ll all sort something out to solve that problem together.”

Lapenta said she knows dozens of families who would go hungry without the meals provided by the center.

She said the Italian Cultural Center is starting a campaign, called “Give a Gift of a Warm Meal to a Neighbor”, which begins on May 21, to help donate meals that will last until the rest of year for families.

“Many of the meals are going to still be needed even after the support from the federal government is going to stop,” Lapenta said.

O’Reilly said they will not give up trying to pull community’s out of hunger. She said it was a problem before the pandemic began and will continue to be long after it’s over.

“We’re just people who want to do something because it needs to be done,” she said.