Copyright 2018 Scripps Media, Inc. All rights reserved. This material may not be published, broadcast, rewritten, or redistributed.
<p>Timing the snow and ice out. </p> 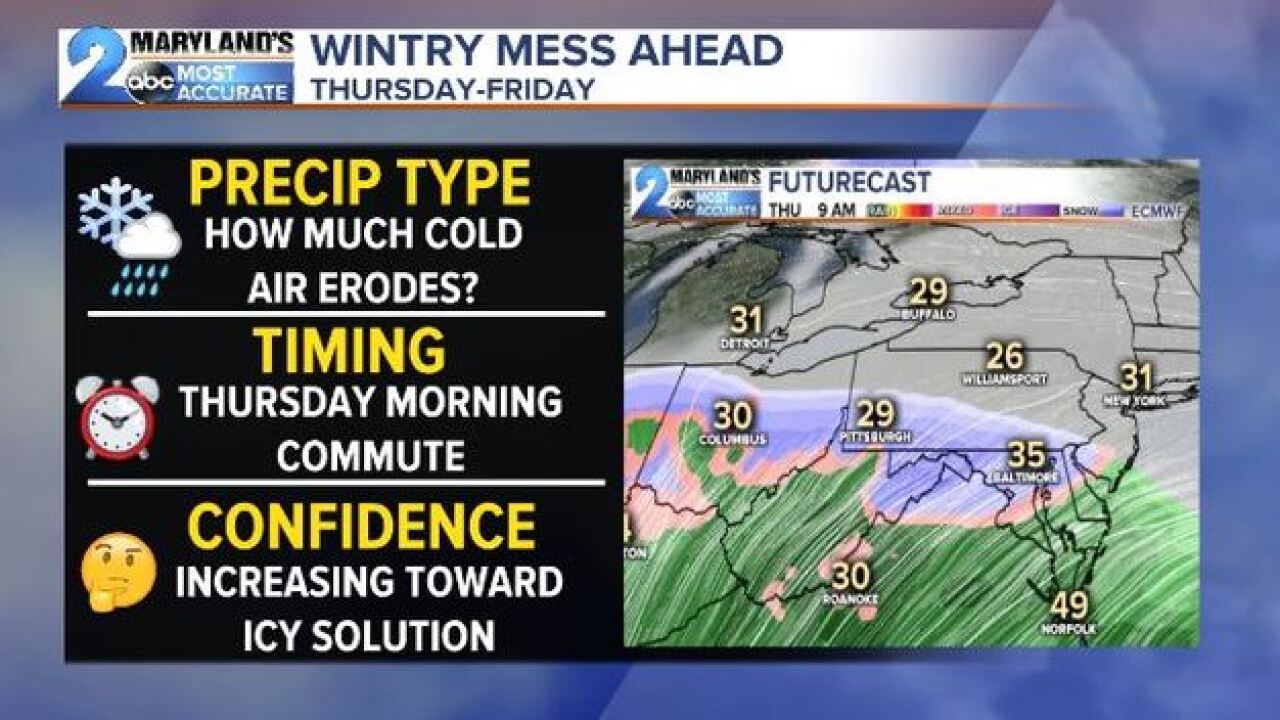 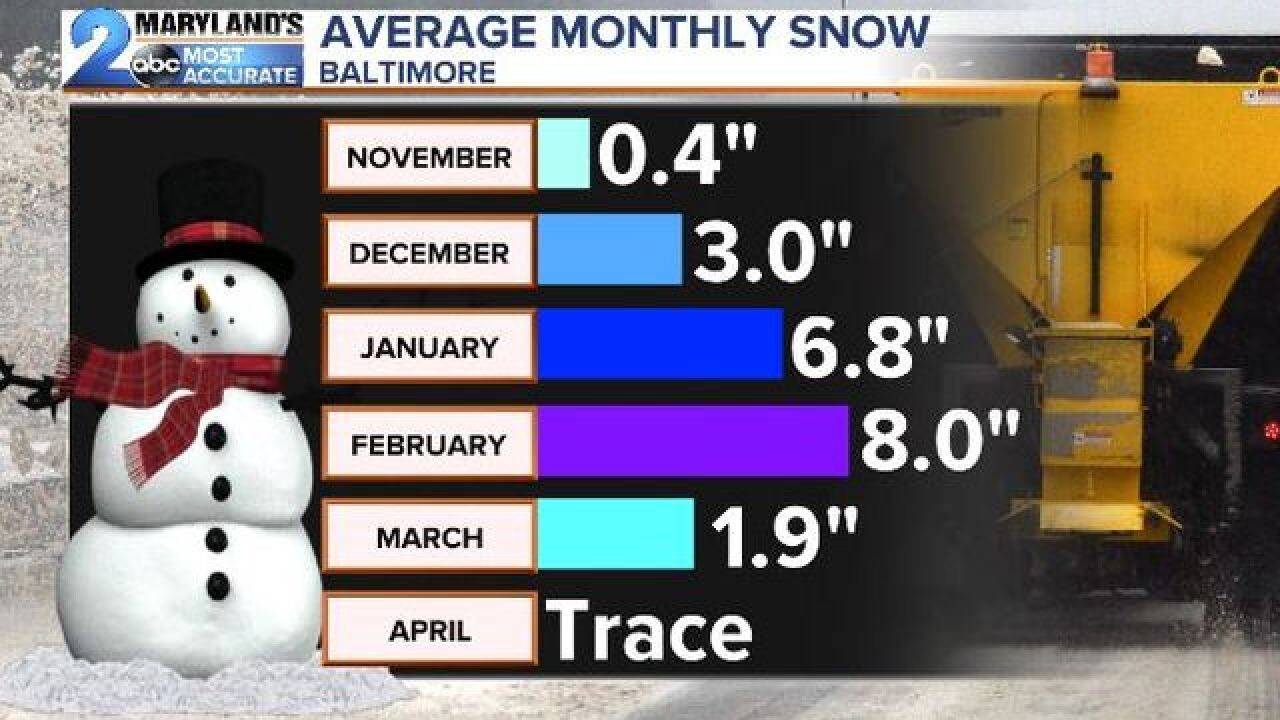 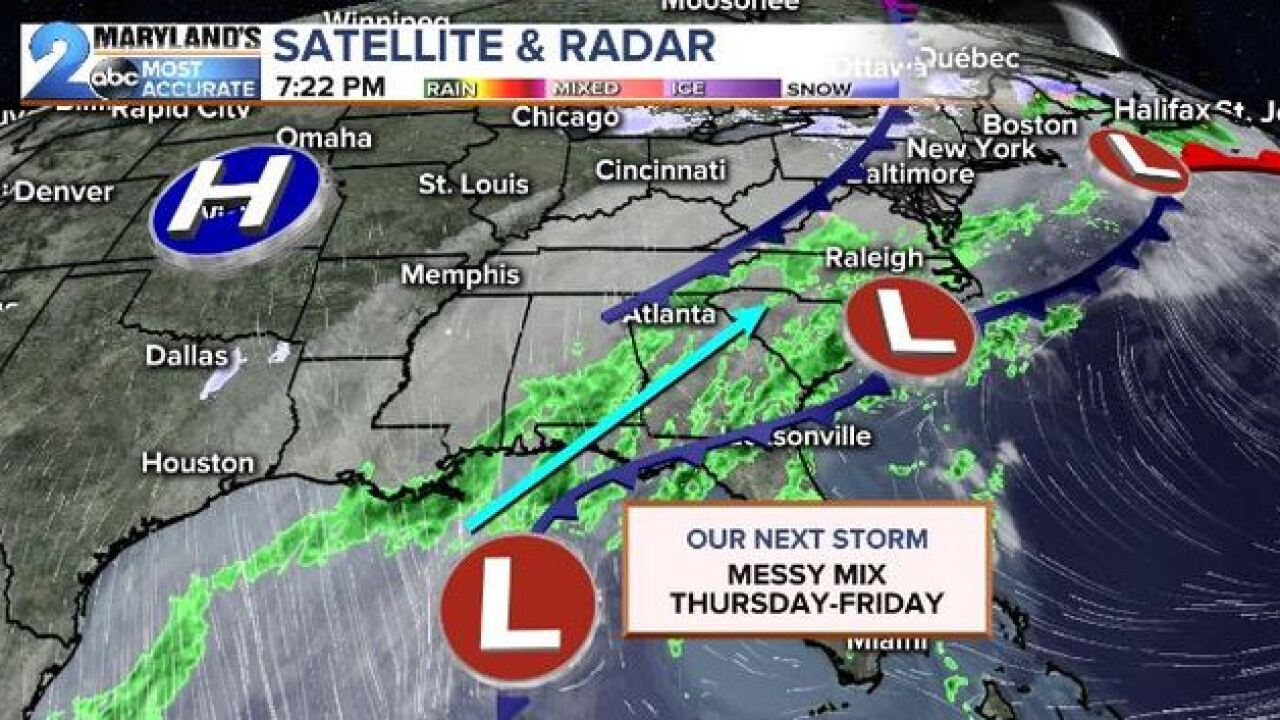 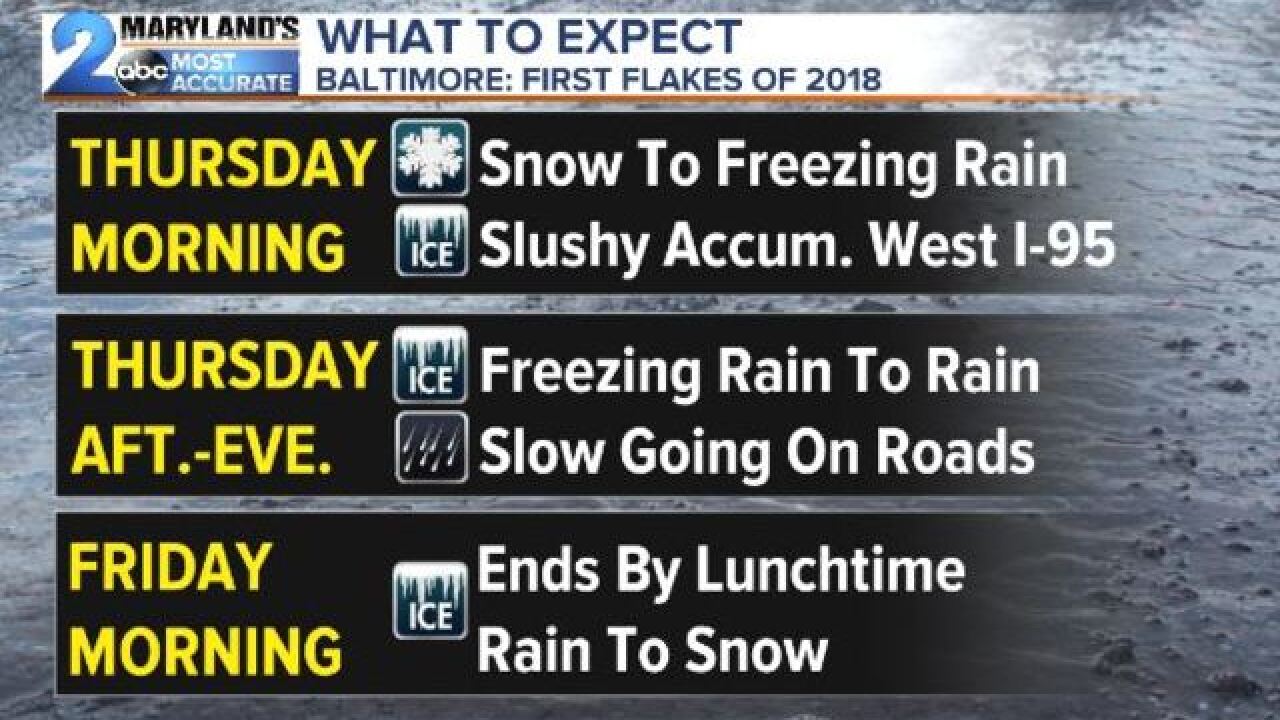 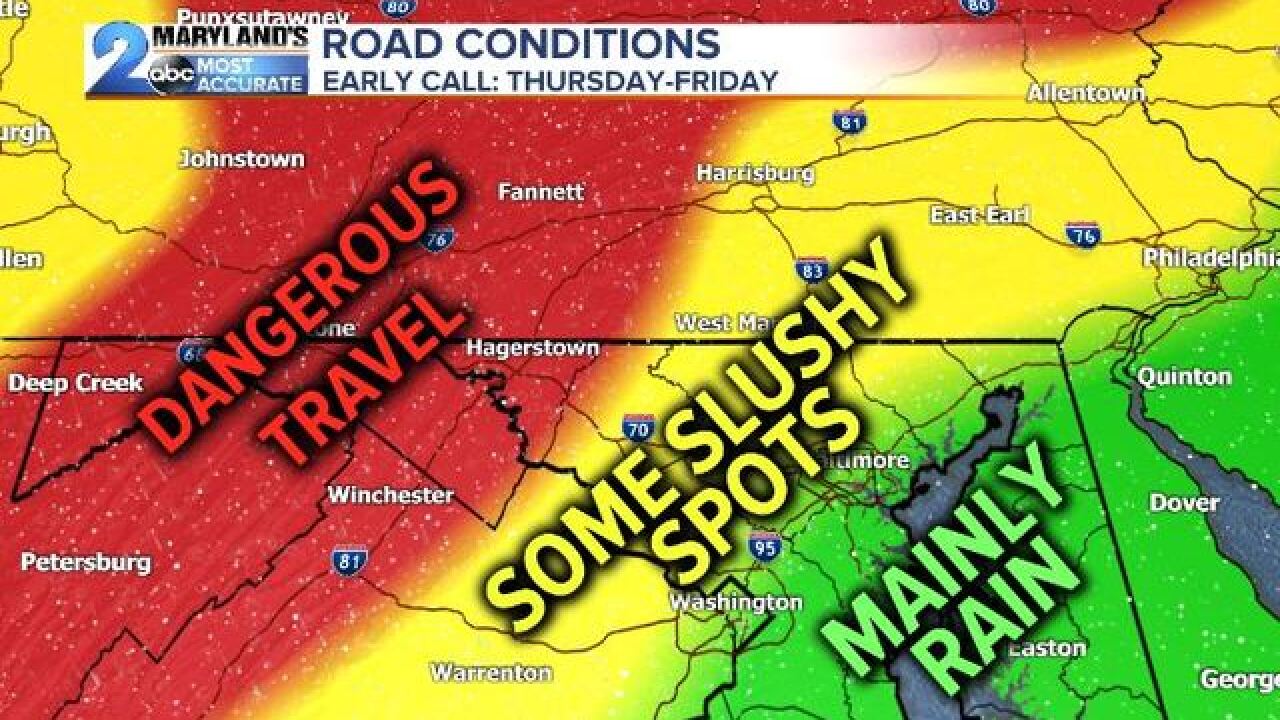 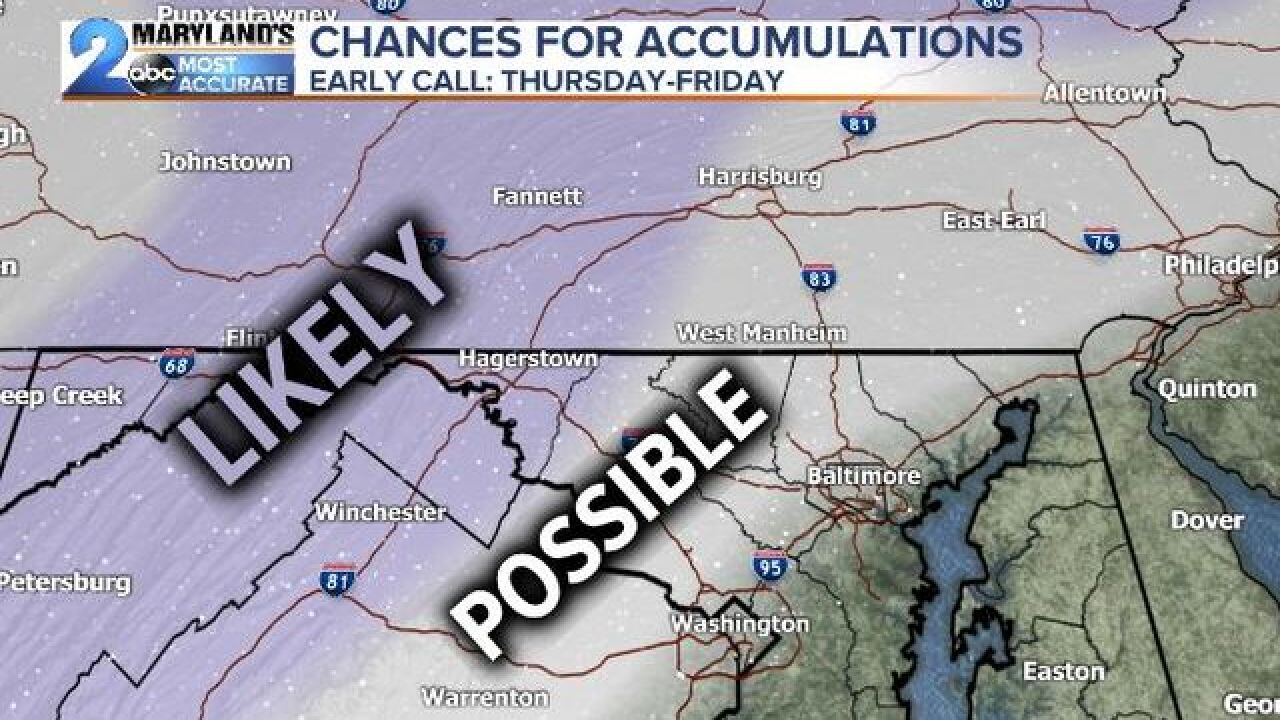 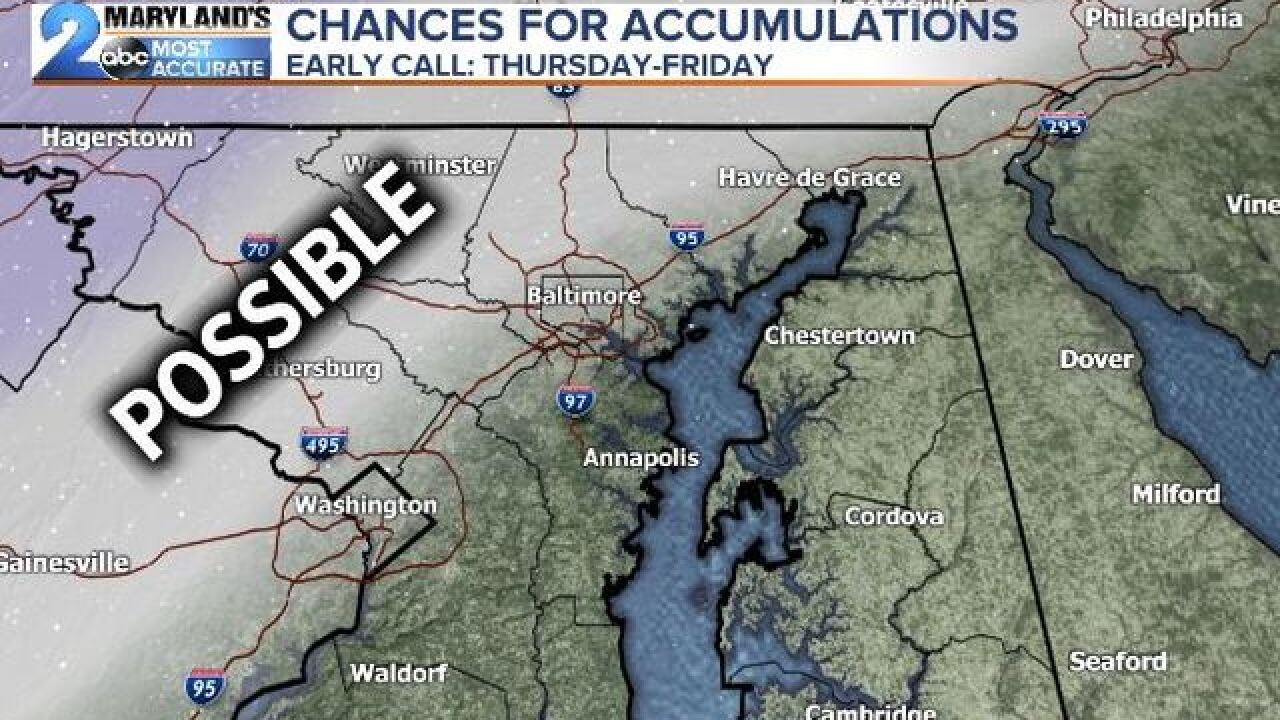 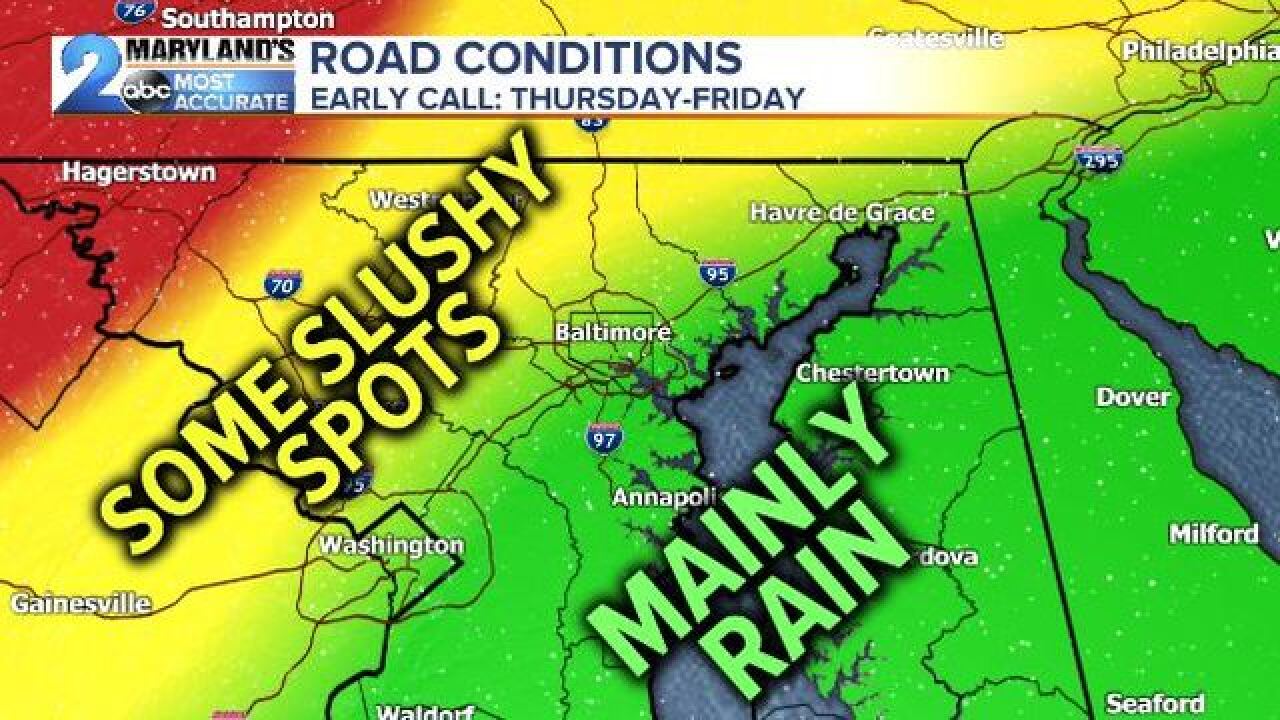 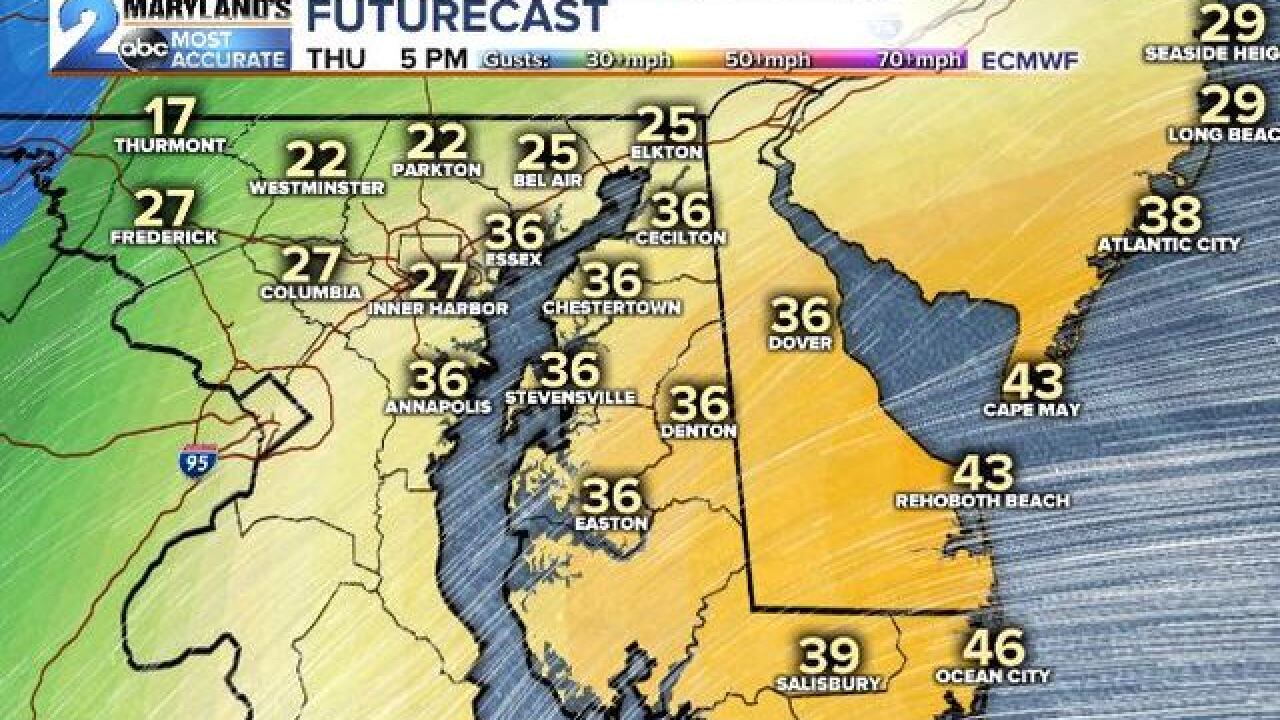 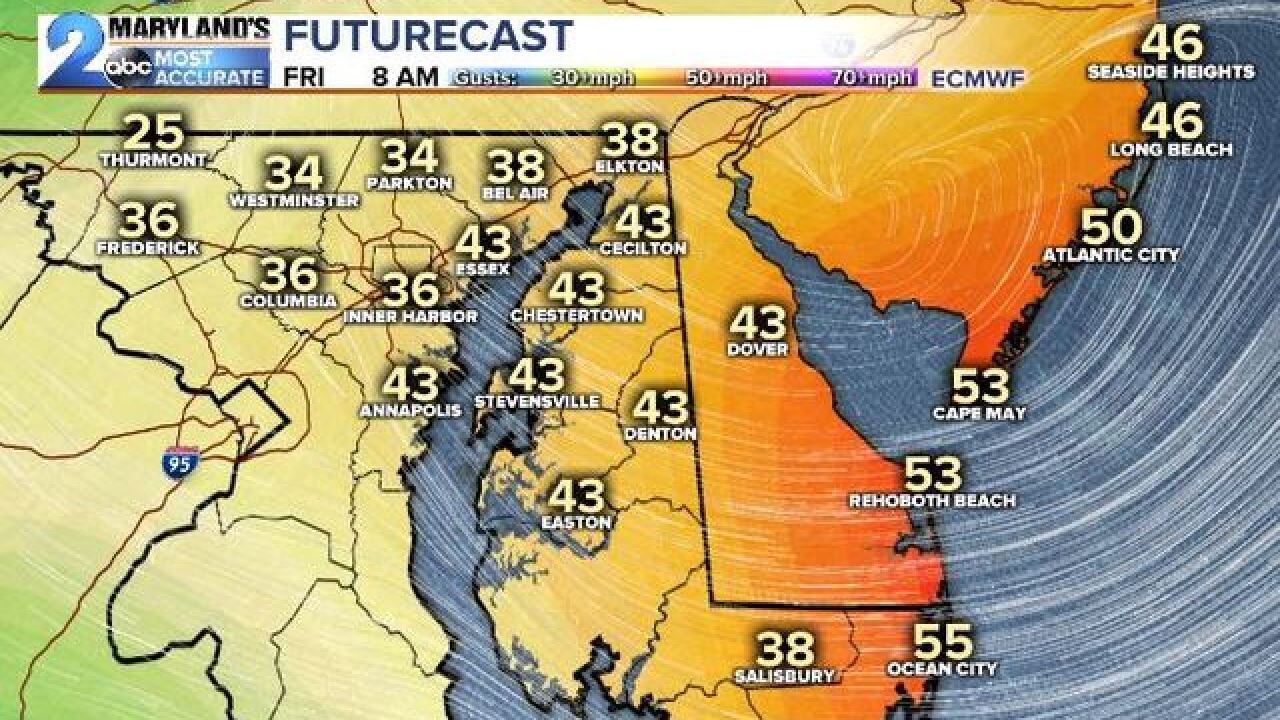 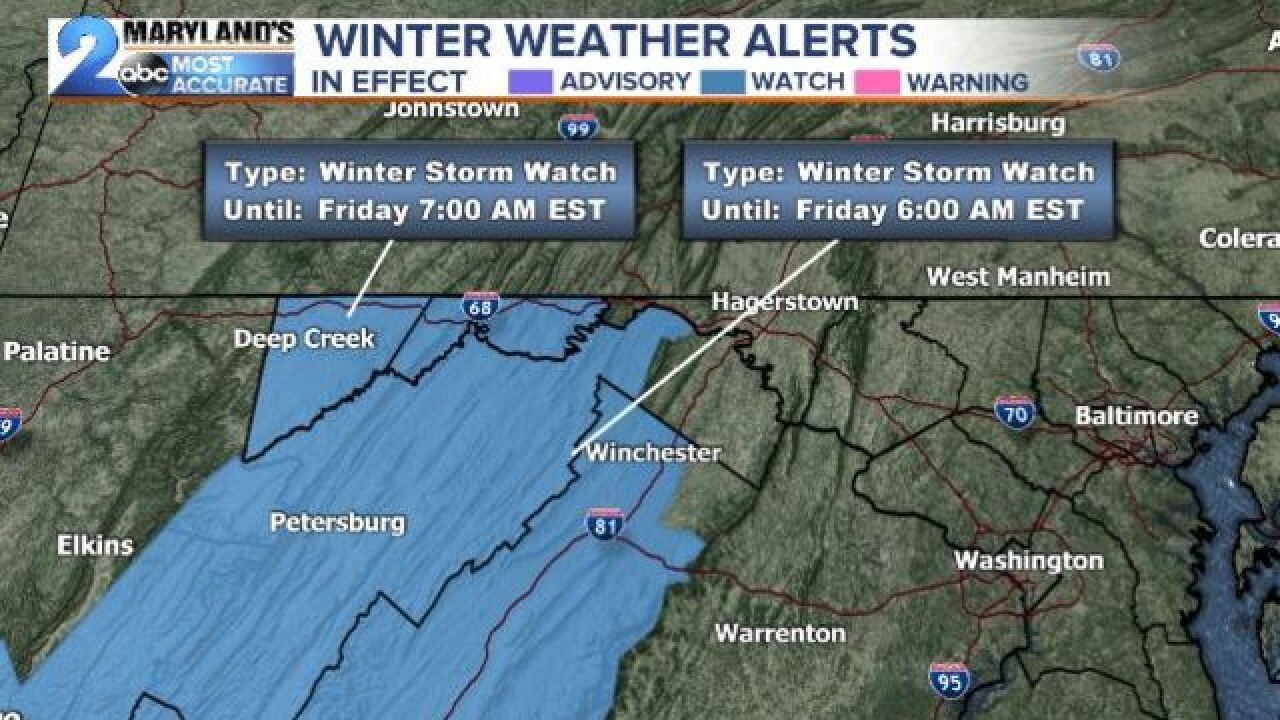 Tis the season for cold and snow as our first flakes of the season look to arrive Thursday into Friday. Yes we are talking snow before Thanksgiving. It's not uncommon to see snow here in Baltimore this time of year with an average of 0.4" for the month of November.

A developing nor'easter looks to storm our way early Thursday morning and does not look to depart until Friday midday. All precipitations types are likely from snow to sleet, freezing rain, and even plain rain across the area. Here's a breakdown of what you need to know.

Wintry weather starts to move into the Baltimore metro and surrounding suburbs early Thursday morning. Most locations will start as snow before a transitions over to sleet, freezing rain, and eventually all rain during the afternoon hours. Temperatures will be important in this transition with a gradual warm up through late morning Thursday and afternoon. Metro areas to the Eastern Shore likely to make a transition to cold rain by lunchtime while those in Carroll and Frederick counties hold on to an accumulating wintry mess well into the afternoon.

Here is a quick look at one of our short term models (NAM) regarding the onset of the wintry precipitation Thursday morning.

Temperatures of course will be very important in what we see accumulation wise across the area. Snow totals are hard to pinpoint with ice and rain coming into the mix. As of now Western Maryland is likely to see the highest accumulations with some slushy accumulations on the grassy surfaces north and west of Baltimore.

Snow moves by 6-8am with a slow transitions to sleet and freezing rain after lunchtime Thursday. Road conditions are likely to be impacted with school delays possible. Temperatures hover around 28-32 degrees at the onset before sitting at 32-35 degrees by Thursday afternoon. An eventual change to rain is likely with the exception of the Catochtin Mountians and areas west of Hagerstown toward Hancock where temperatures should remain at 32 degrees.

Snow/Sleet move in by 7-9am with a gradual transition to sleet and freezing rain before noon Thursday. Slippery spots are likely especially on elevated surfaces before the changeover to plain rain in the afternoon. Problems are likely to occur north of MD 136, MD 152, and the PA/MD line. Temperatures will be right 29-32 degrees to start the event before rising to 35-39 degrees when the changeover occurs in the afternoon.

Initial onset of the precip will be snow, sleet, and freezing rain. Precip moves in 5-8am before quickly changing to rain before lunch. Accumulation if any will be minor. Temperatures right around 32 degrees for the event and rising through the day with highs around 40 in the Eastern shore.

Right now the confidence remains moderate in this forecast. How quickly the cold air erodes and timing will be the big difference makers into what we actually see across the area. As of now prepare for a minor mess with some travel delays across the area. Confidence is high for a significant winter event where Winter Storm Watches are no in place. This includes Garrett and Allegany counties where 3"+ of snow is expected along with 0.25" of ice causing major travel concerns.

For more on this evolving forecast don't forget to download our free WMAR2 News available at the Apple/GooglePlay store.