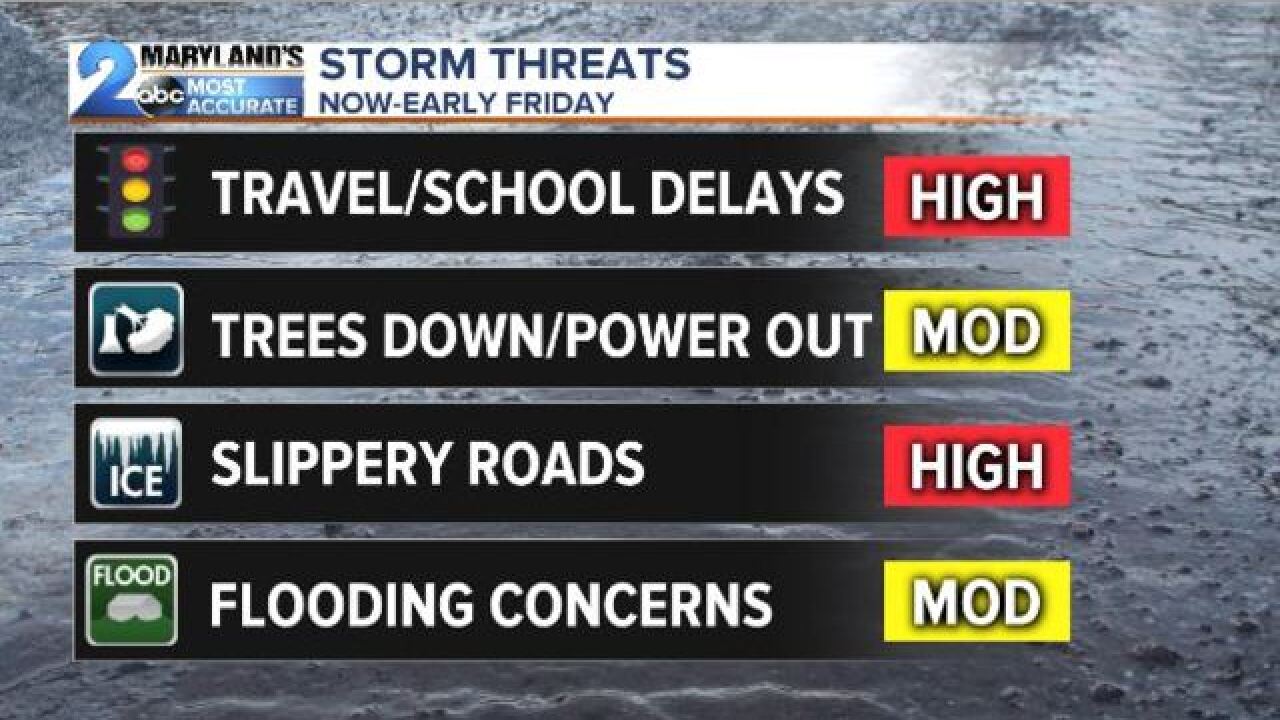 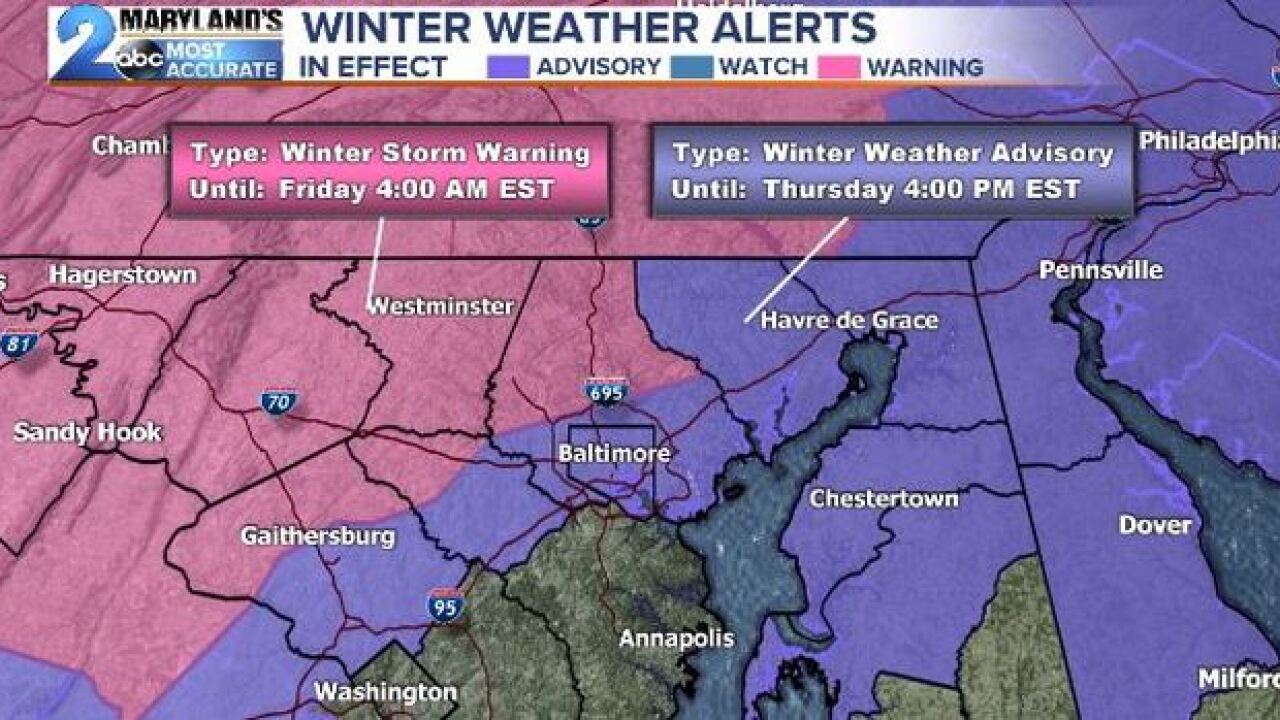 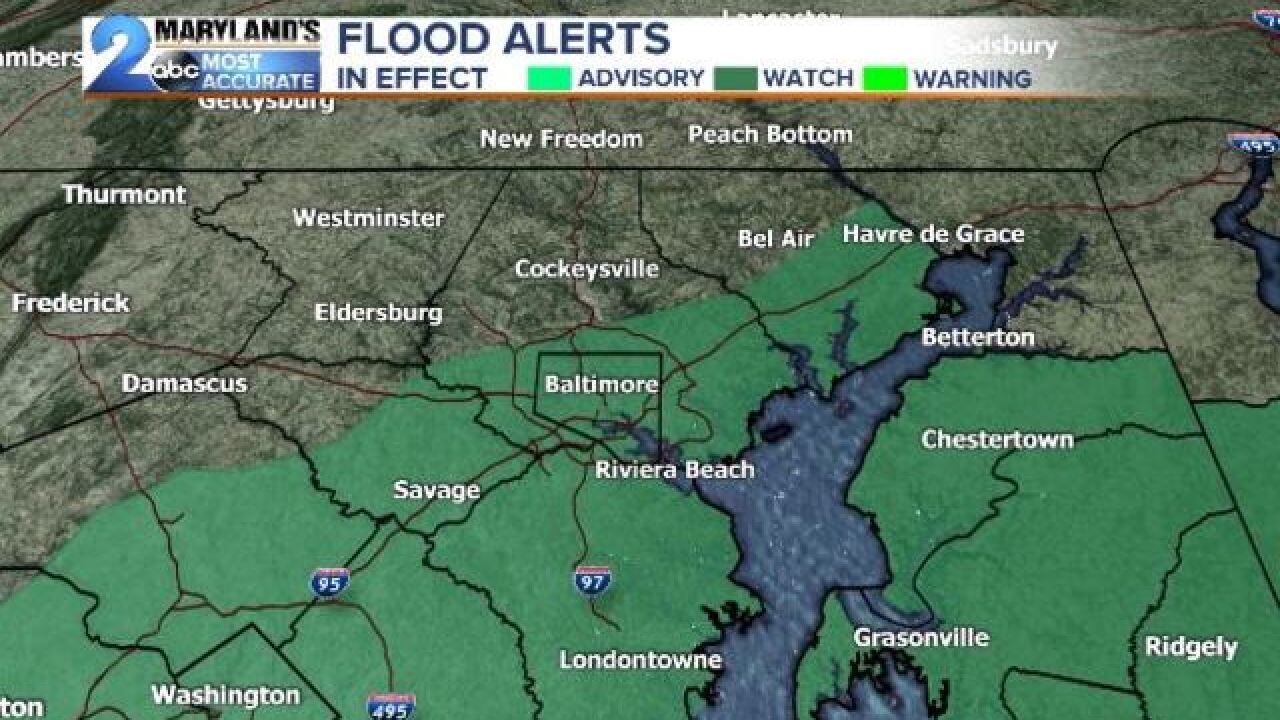 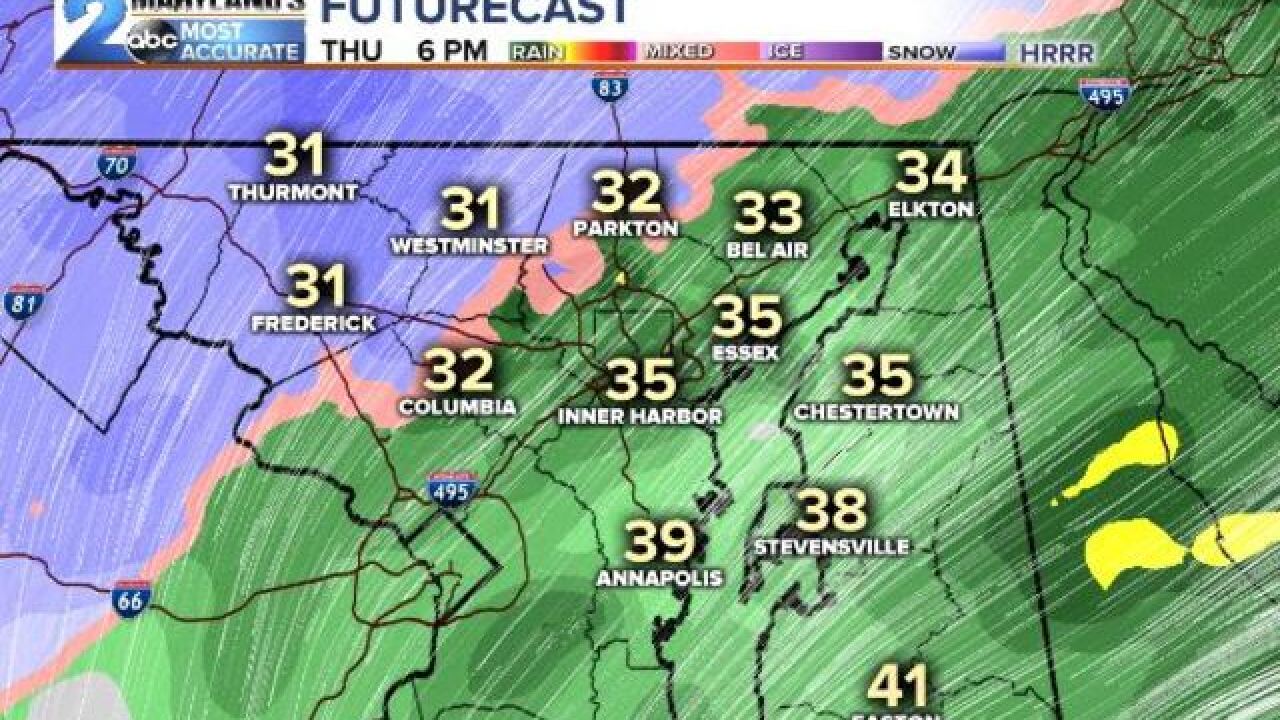 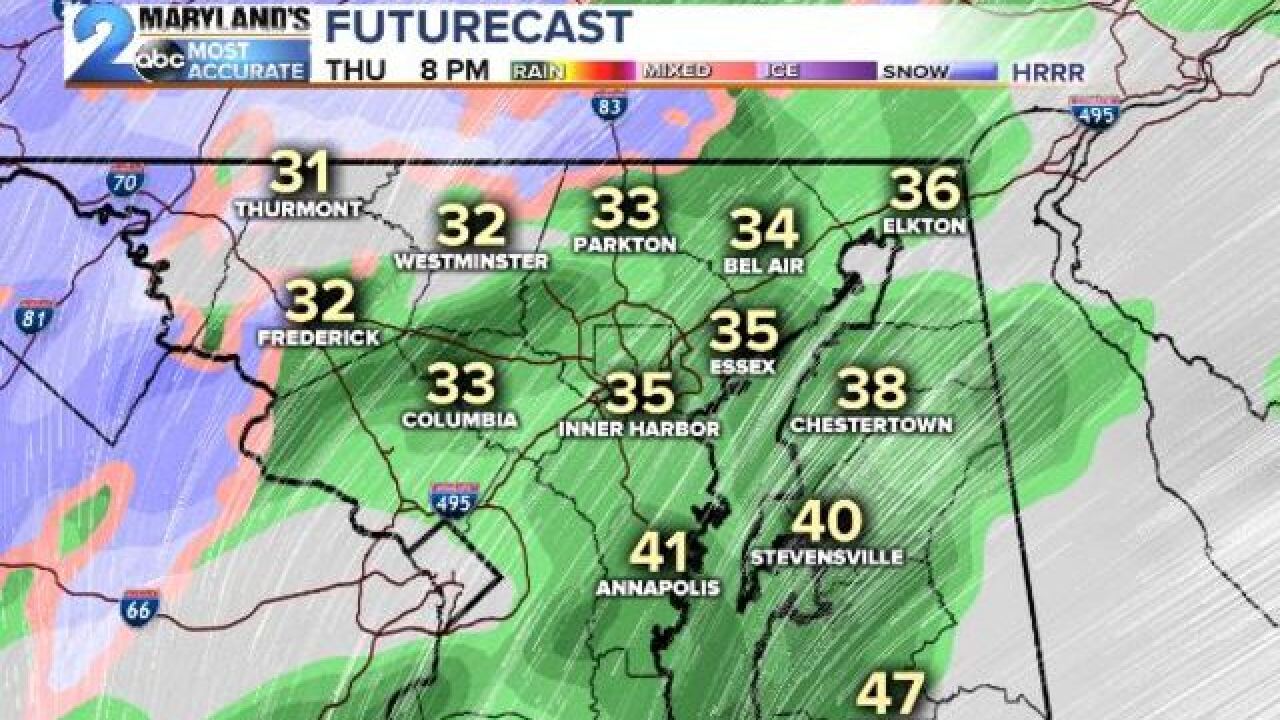 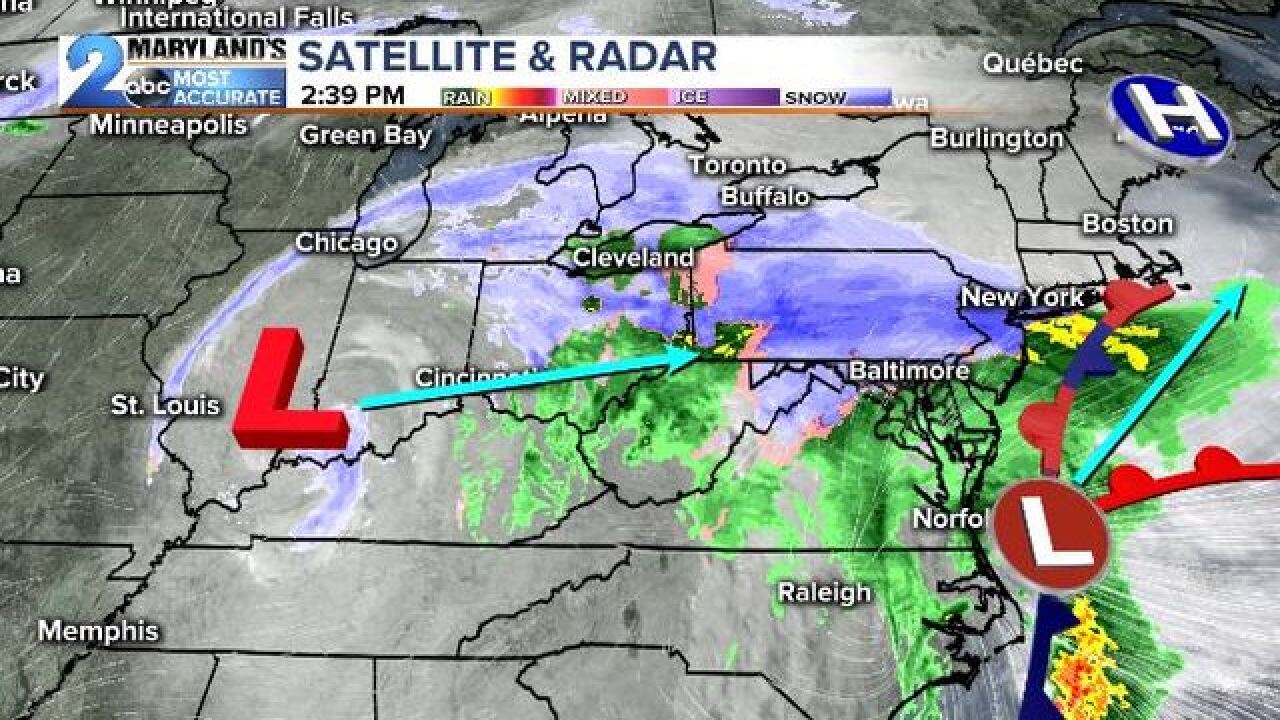 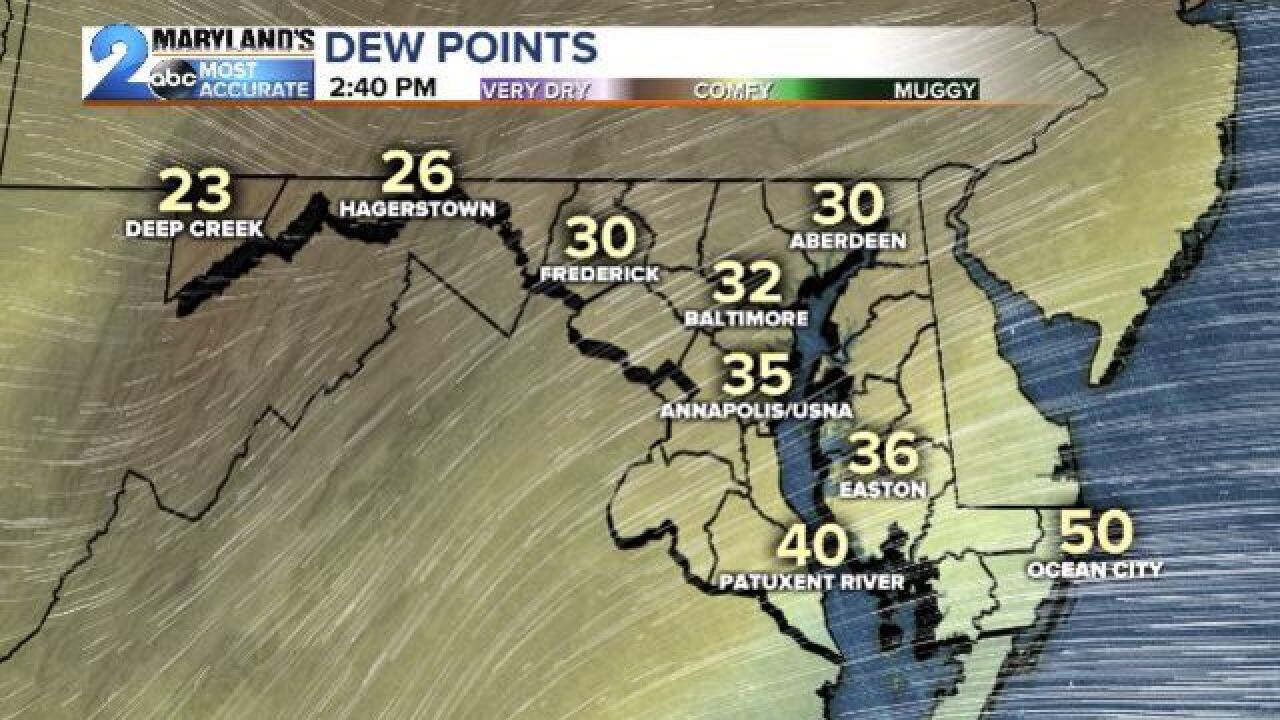 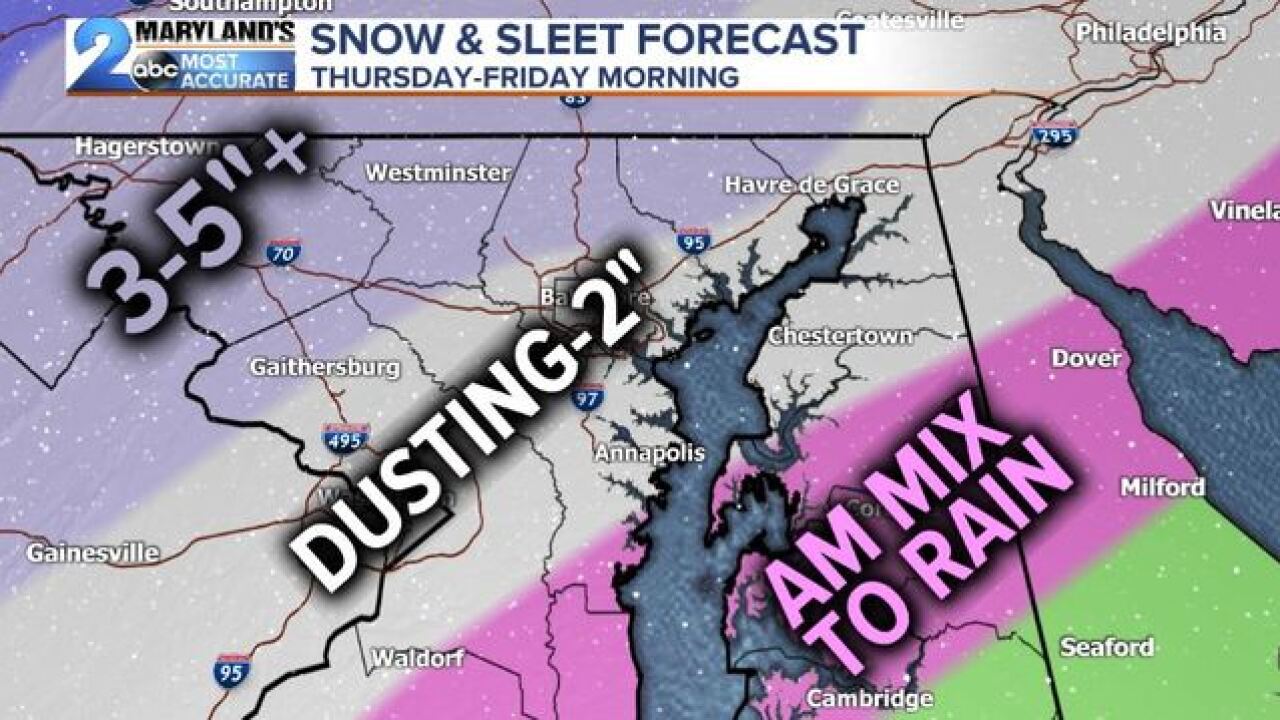 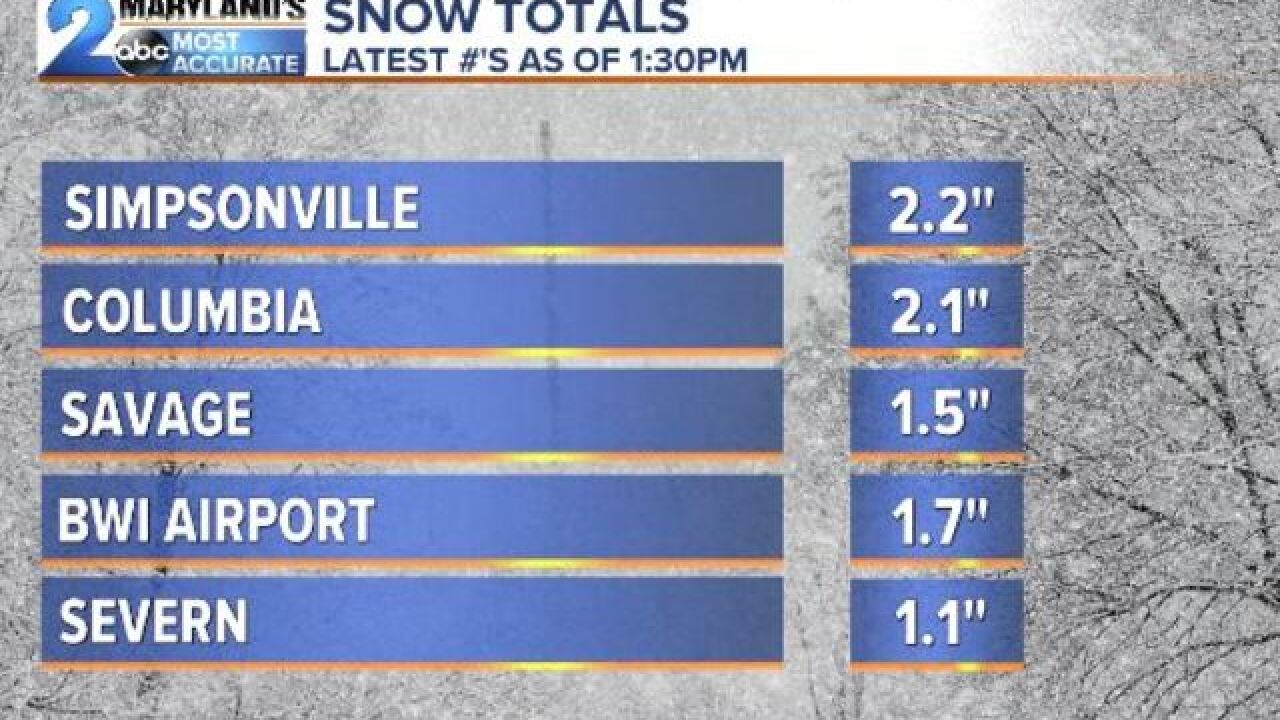 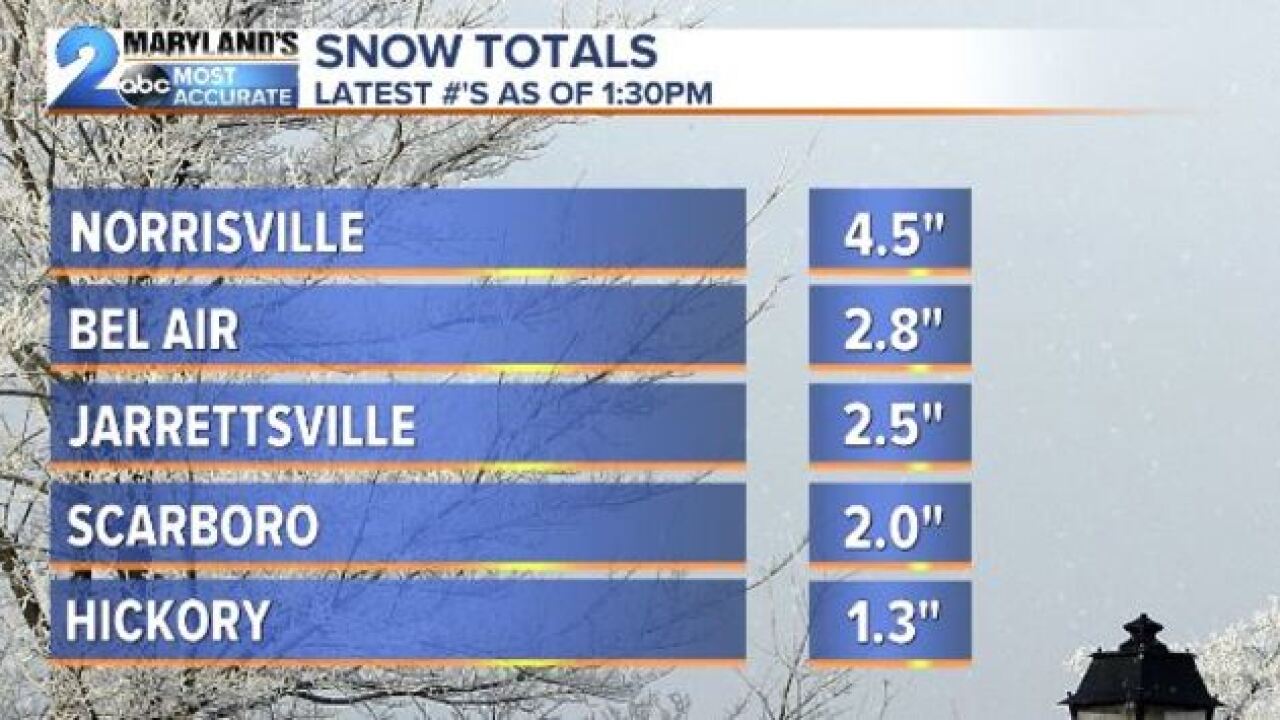 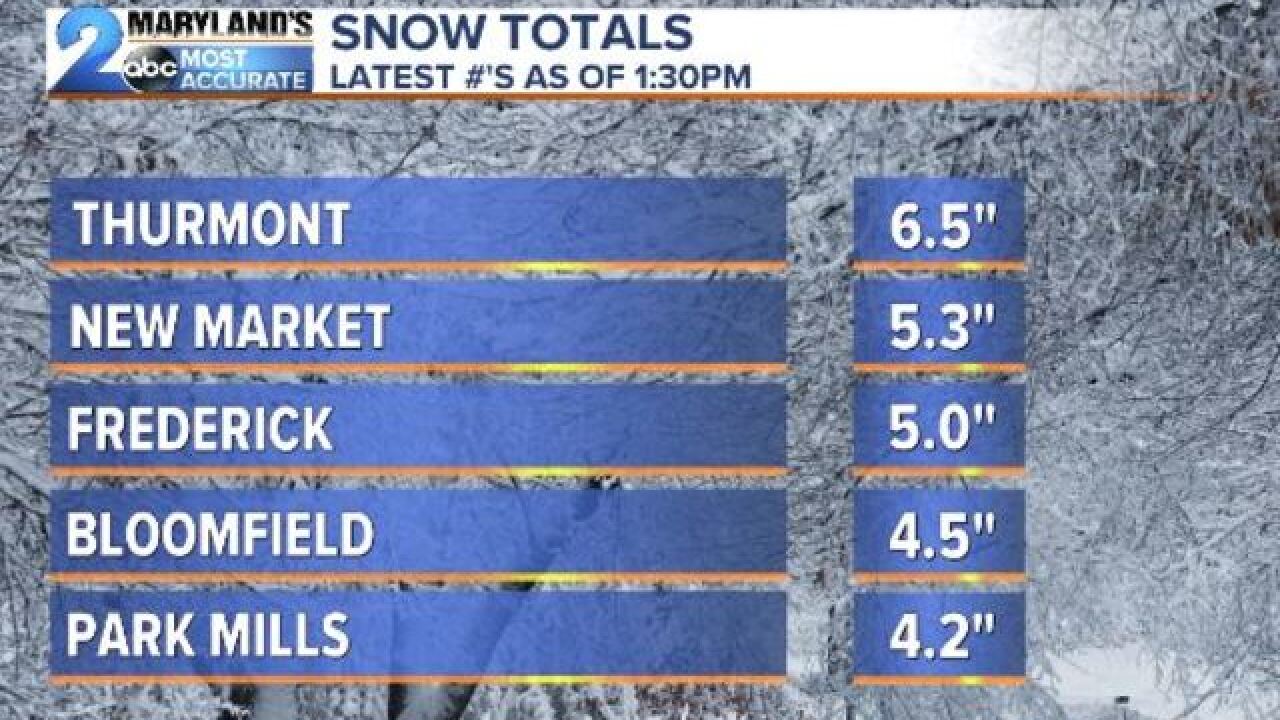 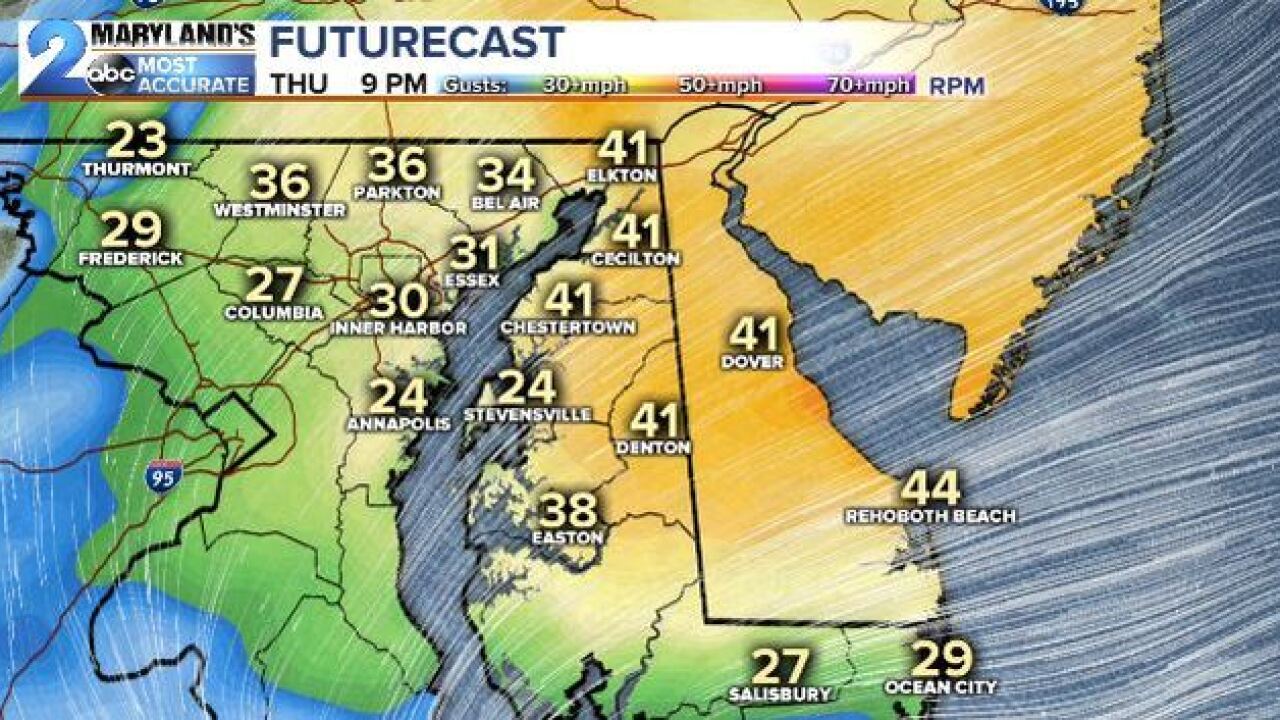 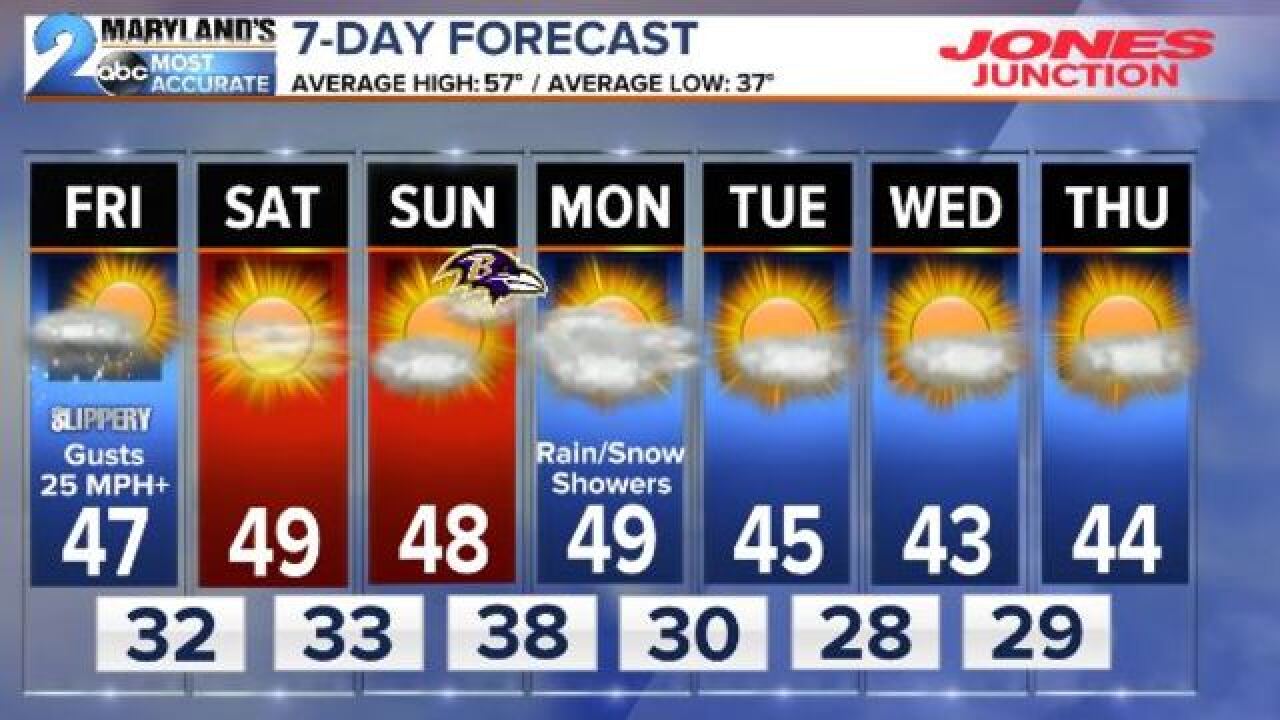 Winter Storm Warnings continue for Carroll, northern Harford, northern Baltimore, and Frederick counties until 4am Friday morning. These locations continue to see heavy snow and sleet while everyone else begins the slow transition to rain.

Temperatures in most locations are at or slightly below freezing so many of leading to a flip flop between precipitation types. Temperatures do look to warm as the evening goes on creating that window of opportunity for heavy rain and flooding. Right now that threat looks low but for that reason a Flood Watch is in place through Friday morning for Baltimore points south and east into the Eastern Shore.

The transition to rain is currently in progress for most around the Baltimore metro with the exception of our northern and western suburbs. Many of us continue to see a mixture of heavy sleet with freezing rain at times.


Plain rain is now being reported in Annapolis and Easton where temperatures have warmed enough at all levels for things to improve vastly on the roads. On the other end heavy snow and sleet continue to fall from northern Baltimore and Harford counties back into Western Maryland. The transition here will not come until 4-6pm and at that point it may not be a full transition over to rain leaving many with continued travel concerns.

With road temperatures well above freezing given the November sun angle, anything that is left falling should have difficulty, though some slick roads are possible especially north and west of the city. Temperatures though continue to be  the biggest factor here in determining the precipitation type. Most of us will see readings steady in the 30s while others to our south touch 40 degrees.

The PA/MD State Line has seen the best accumulating snow today, especially Carroll, Frederick, northern Baltimore, and northern Harford Counties. These areas saw anywhere from 2-5" of snow with localized pockets of 7" east of Cockeysville/Parkton and back over to Thurmont/Manchester/Hampstead.

Around Baltimore and I-95 many saw a quick thump of  Dusting-2" with a little more as you head out toward Towson, Catonsville, White Marsh, and Bel Air. Annapolis over to Chestertown and Cecilton likely to saw upwards 1" with most of that washing away due to the transition to rain.

The highest elevations of Allegany and Garrett counties will see the greatest amounts accumulating snow, this go around especially east of I-68. These areas could see anywhere from 5-8" + of snow with a light glaze of ice.

NEXT WEEK
The forecast remains quiet once the storm departs Friday morning. Gusty winds upwards of 30 mph are likely though before a good looking weekend ahead as high temps rebound to near 50 degrees.