3 areas of tropical concerns including... 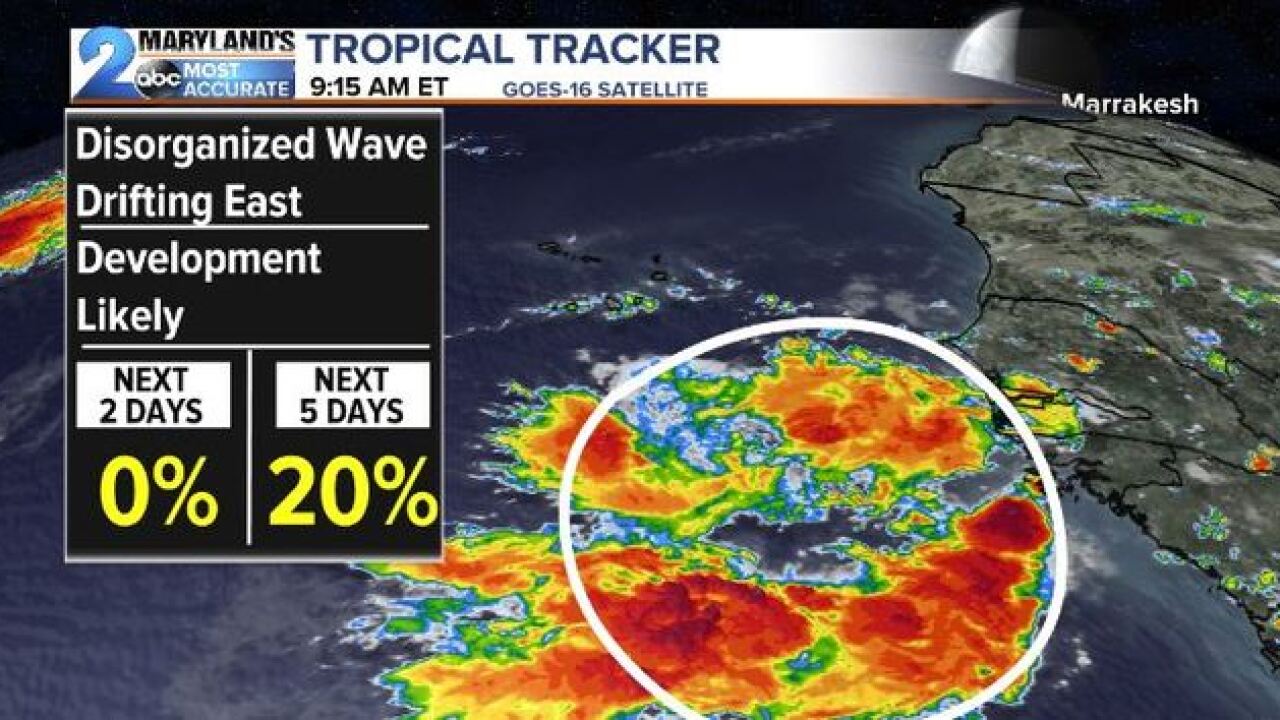 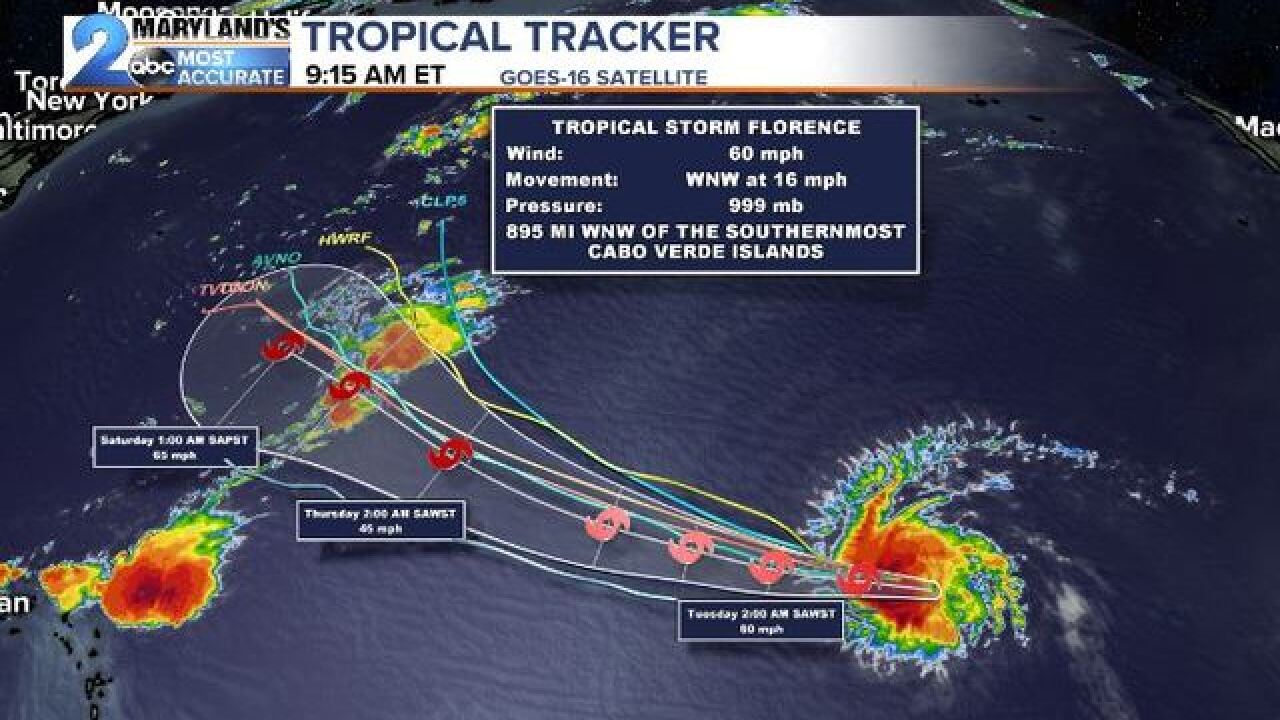 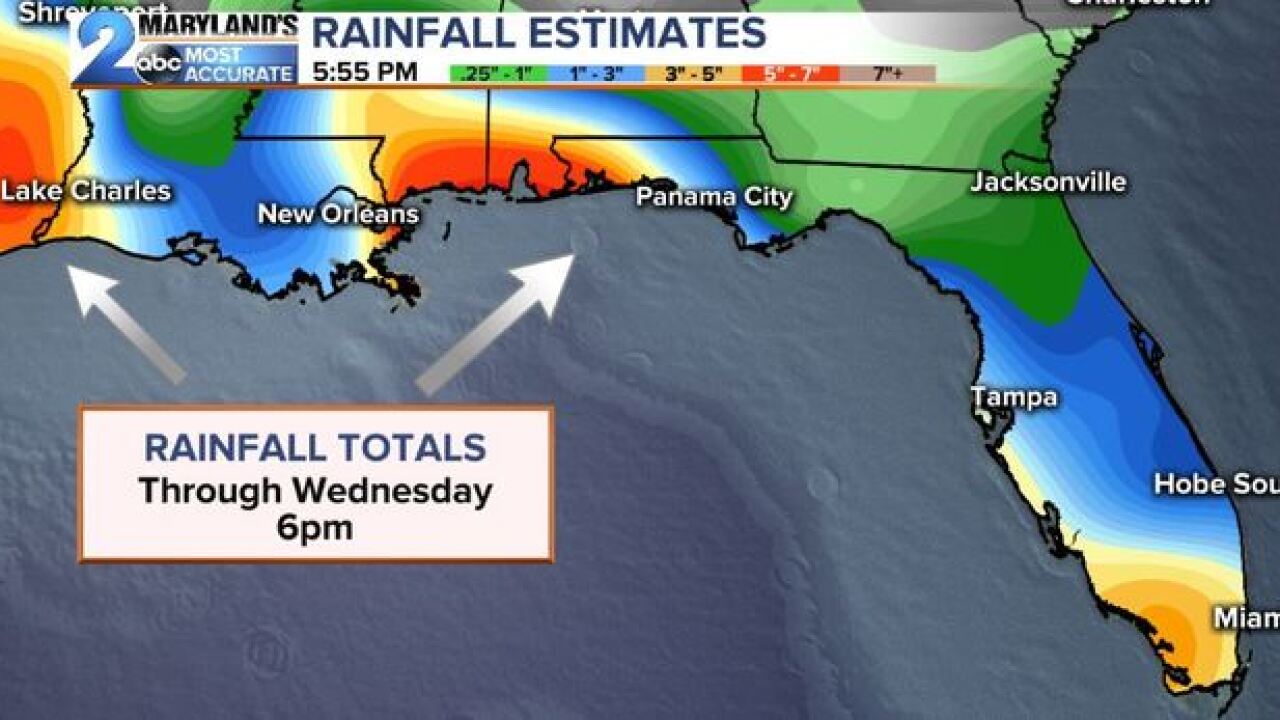 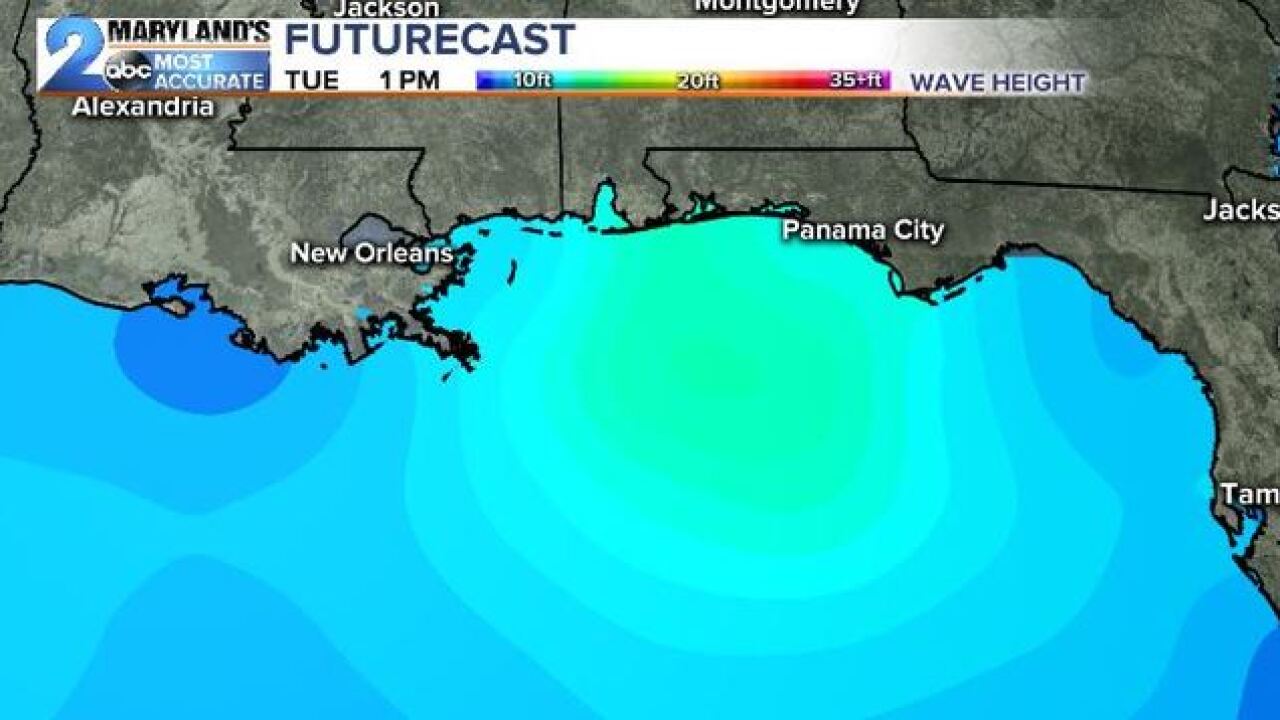 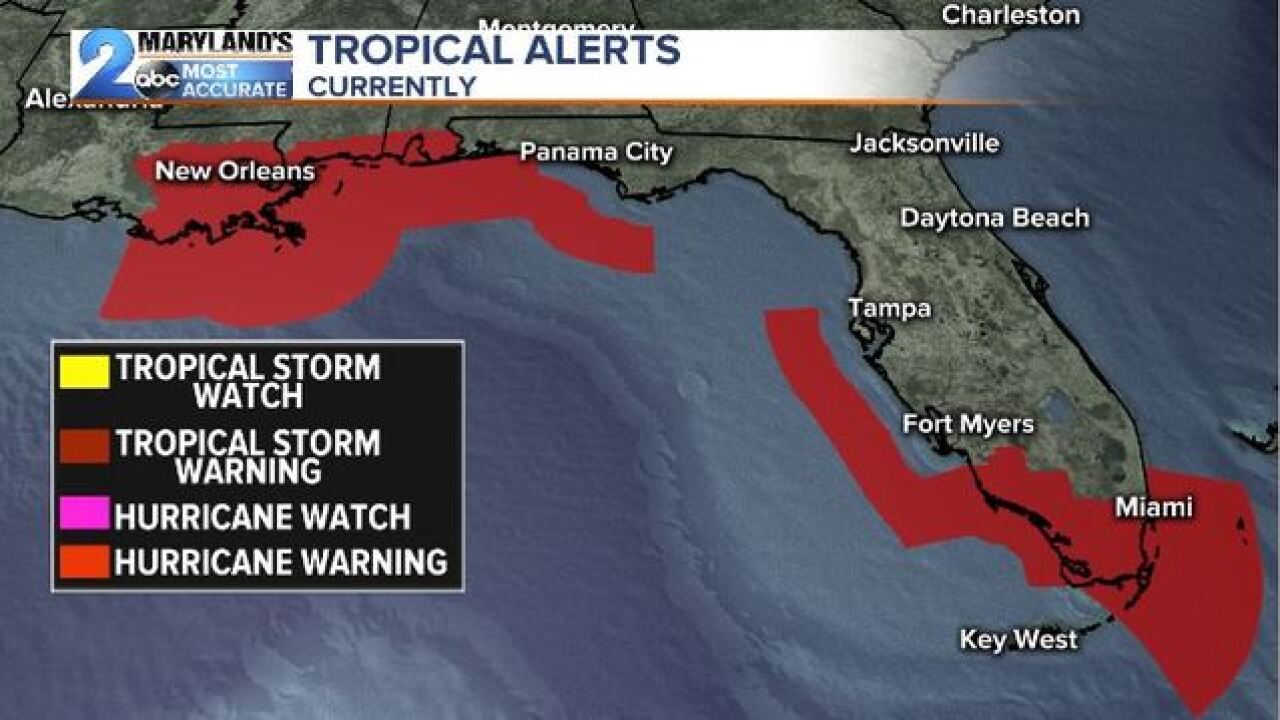 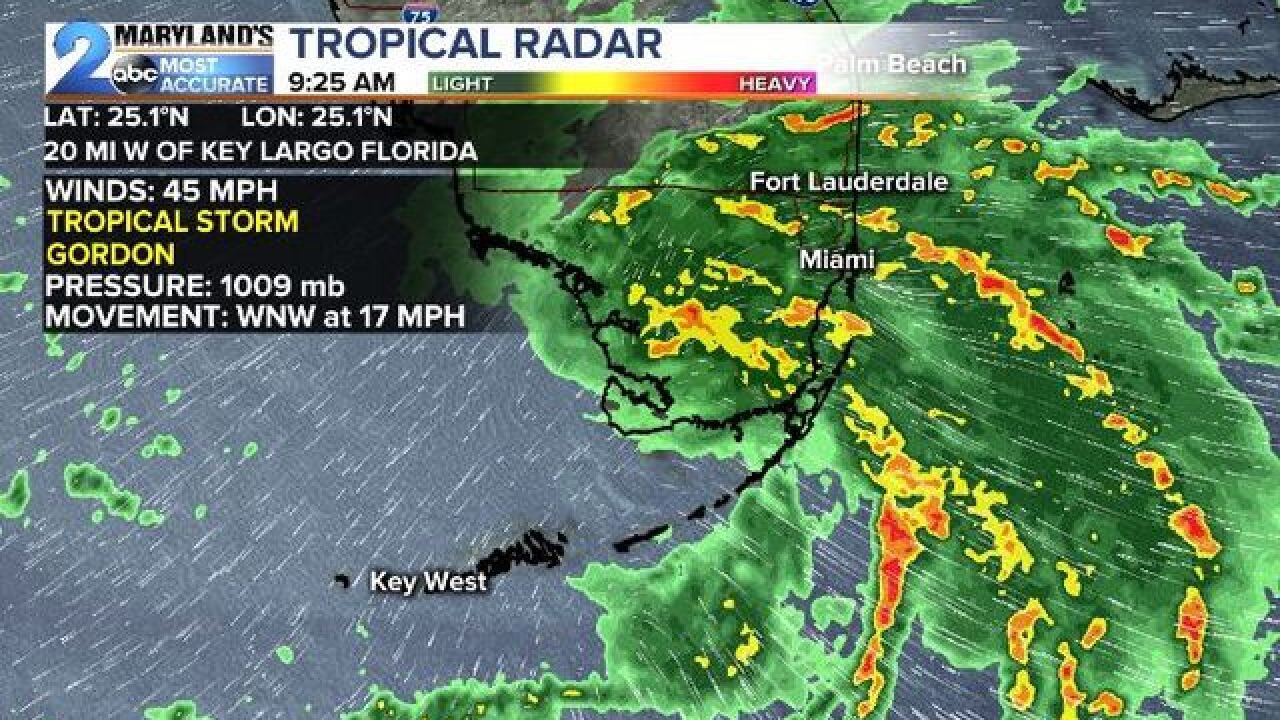 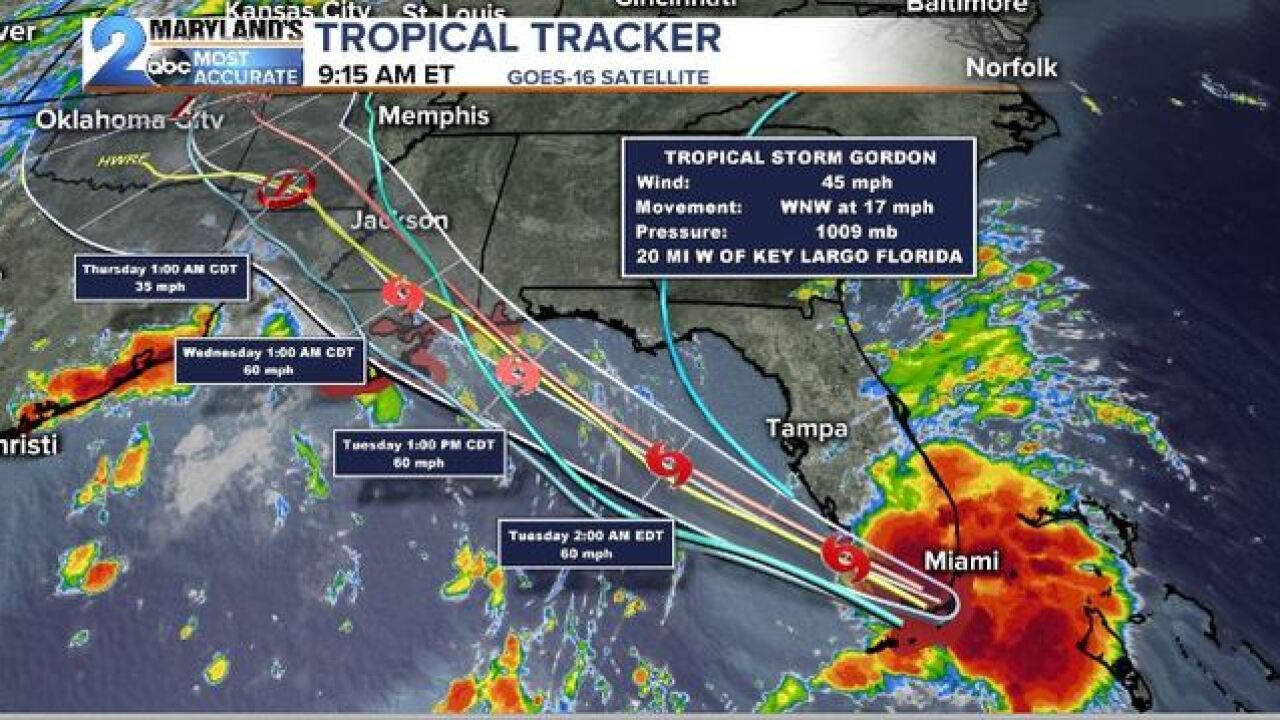 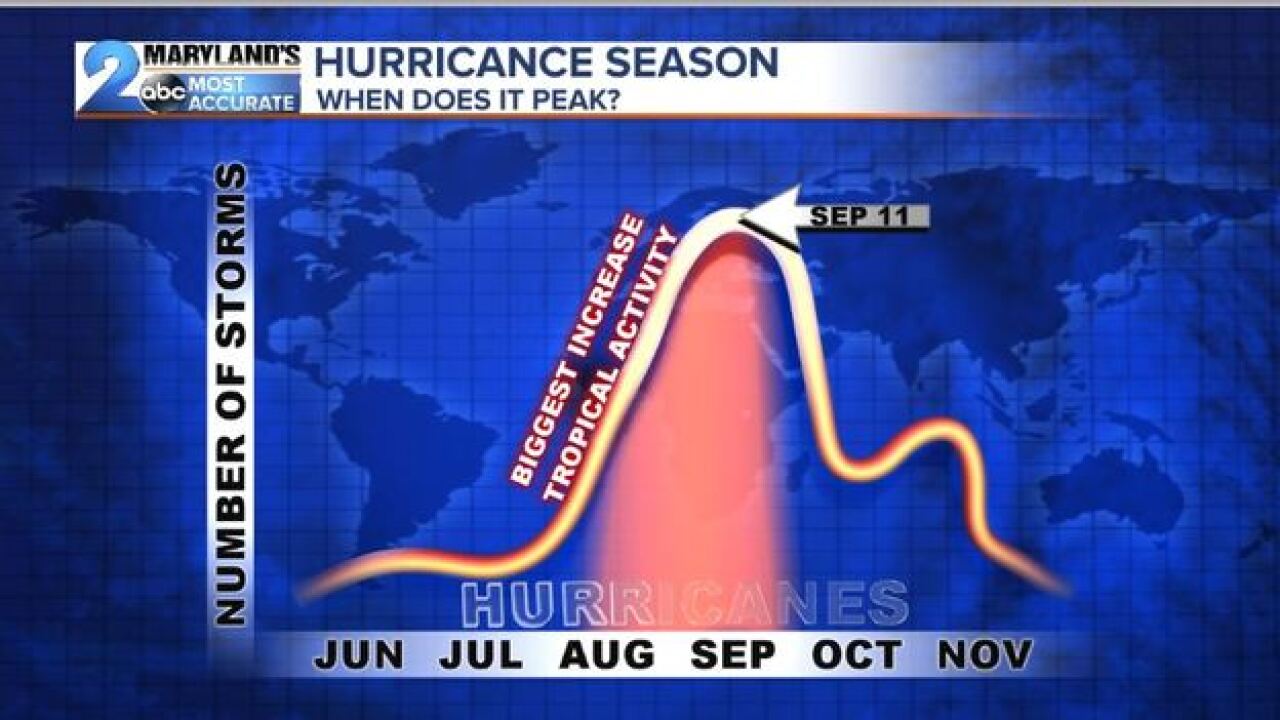 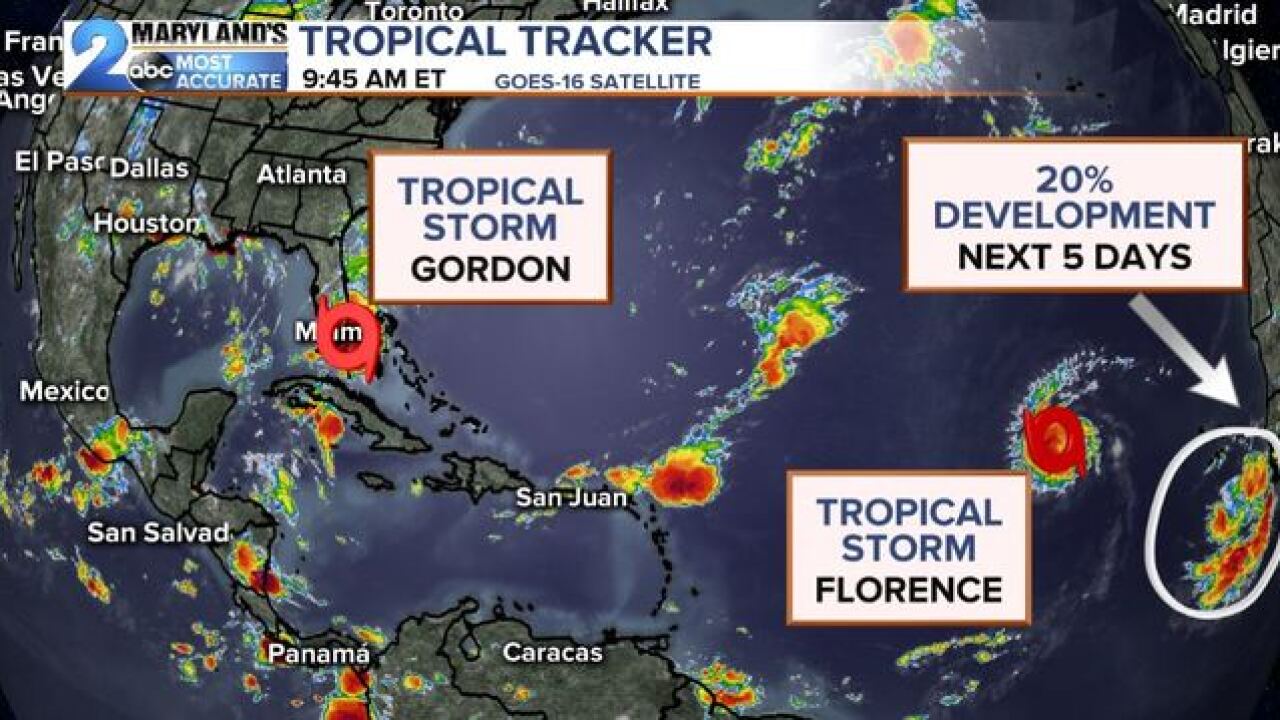 After a relatively quiet tropical season in the Atlantic things are now starting to get active. Currently we have 2 named storms with the possibility of another to follow. Less wind shear and Saharan dust combined with warm sea surface temperatures equal a perfect breeding ground for storms to form. You also combine that with the climatology of the year which suggests that we are now entering the peak period for tropical development.

Our first concern is actually fairly close to home and just got named as of 9am this morning (September 3,2018). Tropical Storm Gordon is on the move from the Florida Keys into the central Gulf of Mexico where more development is likely.

As of 9am the storm remains a low grade tropical storm with winds around 45 mph and a west northwest movement at 17 mph. With the possibility of strengthening Tropical Storm Warnings have been issued from New Orleans, LA to Panama City, FL as well as down along Florida's Gulf Coast.

Gordon will likely bring dangerous surf and rip currents to the coast along with the threat of heavy rainfall.  Wind will not be too much of a factor do to the quick movement of the storm and initial interaction with land (Florida Keys/South Florida).

Behind Gordon we have Tropical Storm Florence which continues to spin over the open waters of the Atlantic. Florence is expected to progress toward Bermuda by Saturday as a high end Tropical Storm. Right now the storm looks to remain over the Atlantic with minimal threats to the United States come next week. A few models though keep the storm fairly close to the coast as it works around our blocking area of high pressure in the central Atlantic so stay tuned for further changes in the forecast.

Besides Gordon and Florence there is one other area of concern. This area of disorganized shower and thunderstorm activity looks to continue to drift east as a tropical wave off the coast of Africa with a 20% development in the next 5 days ahead. Within that 5 day period the probability of development could increase as the storm enters favorably warm water and an area of weak shear left behind from what is now Tropical Storm Florence.

So if your making vacation plans to the islands of the southeast in the coming 2 weeks be aware that things are straying to come to life in the tropics.  More details in the coming days on the ever changing situation across the tropical Atlantic basin as we start to head into the crux of the 2018 Hurricane Season.