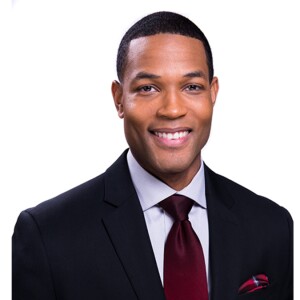 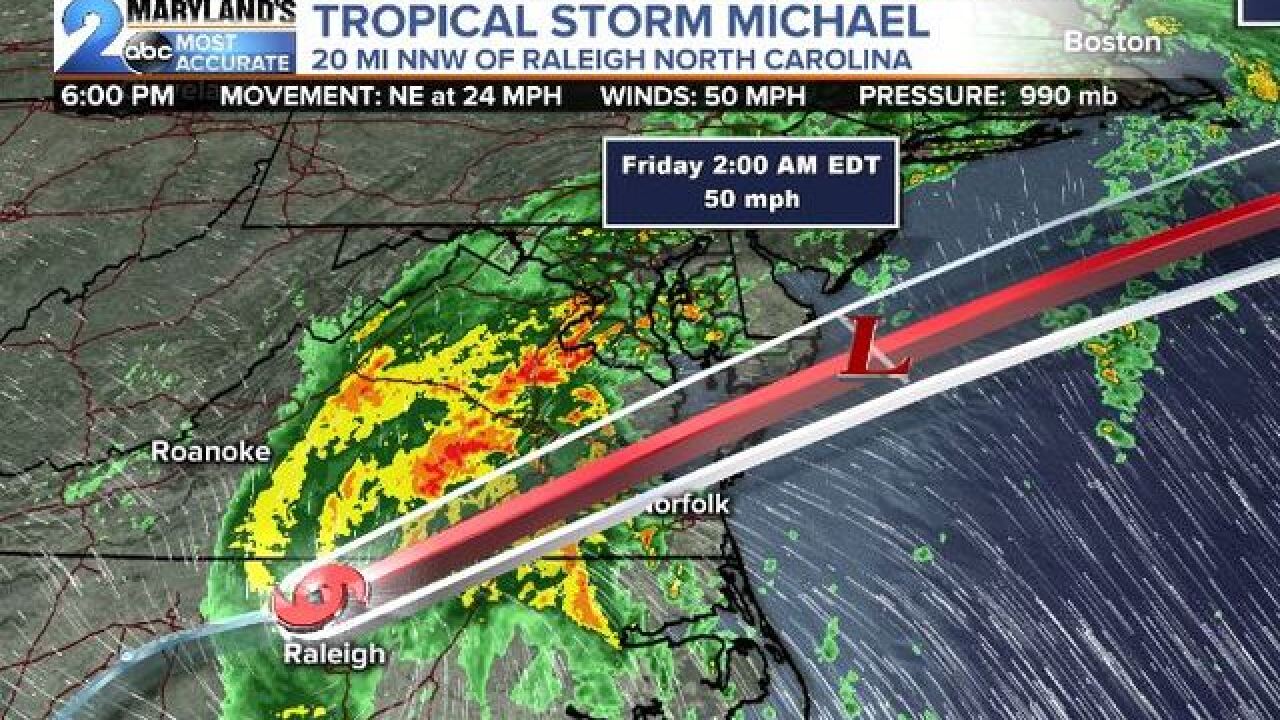 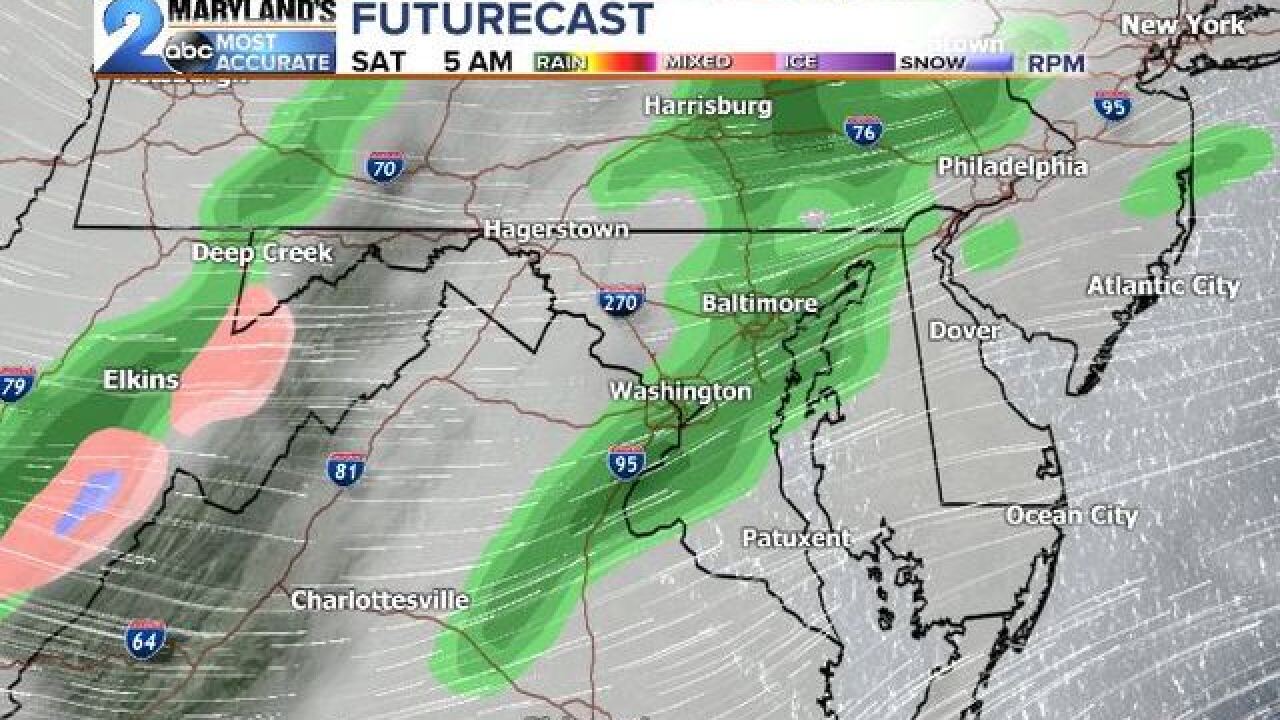 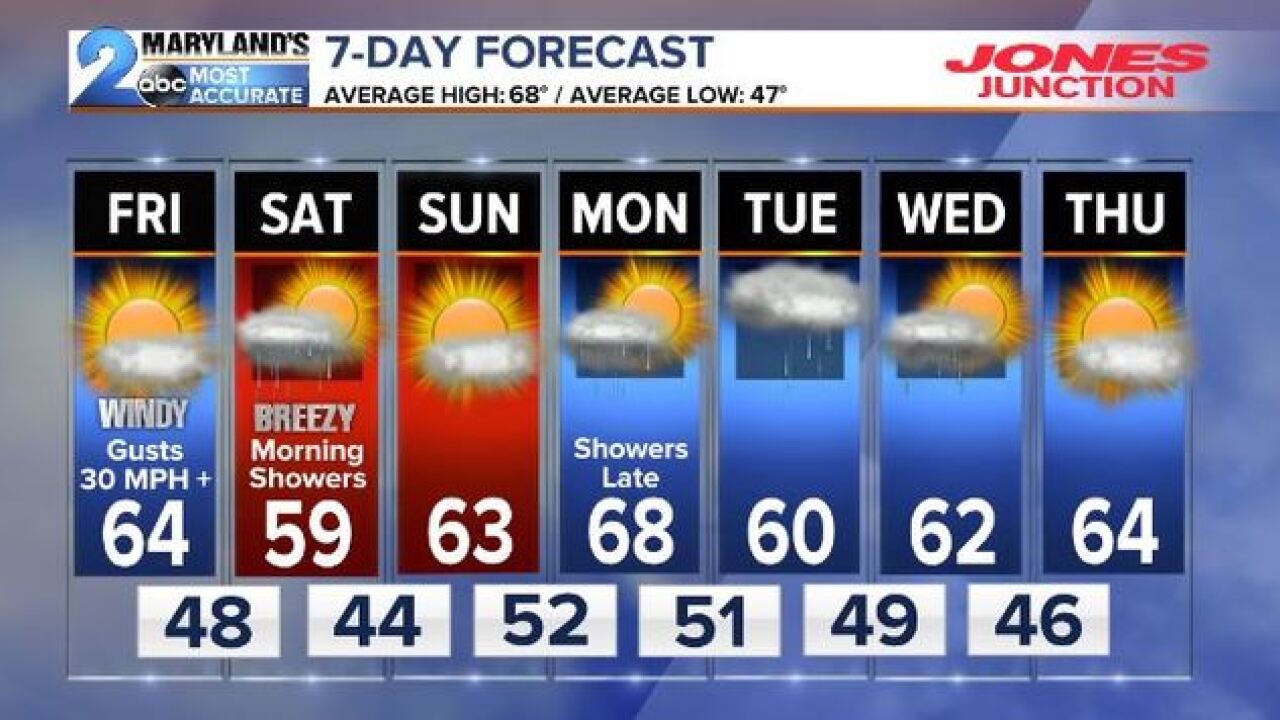 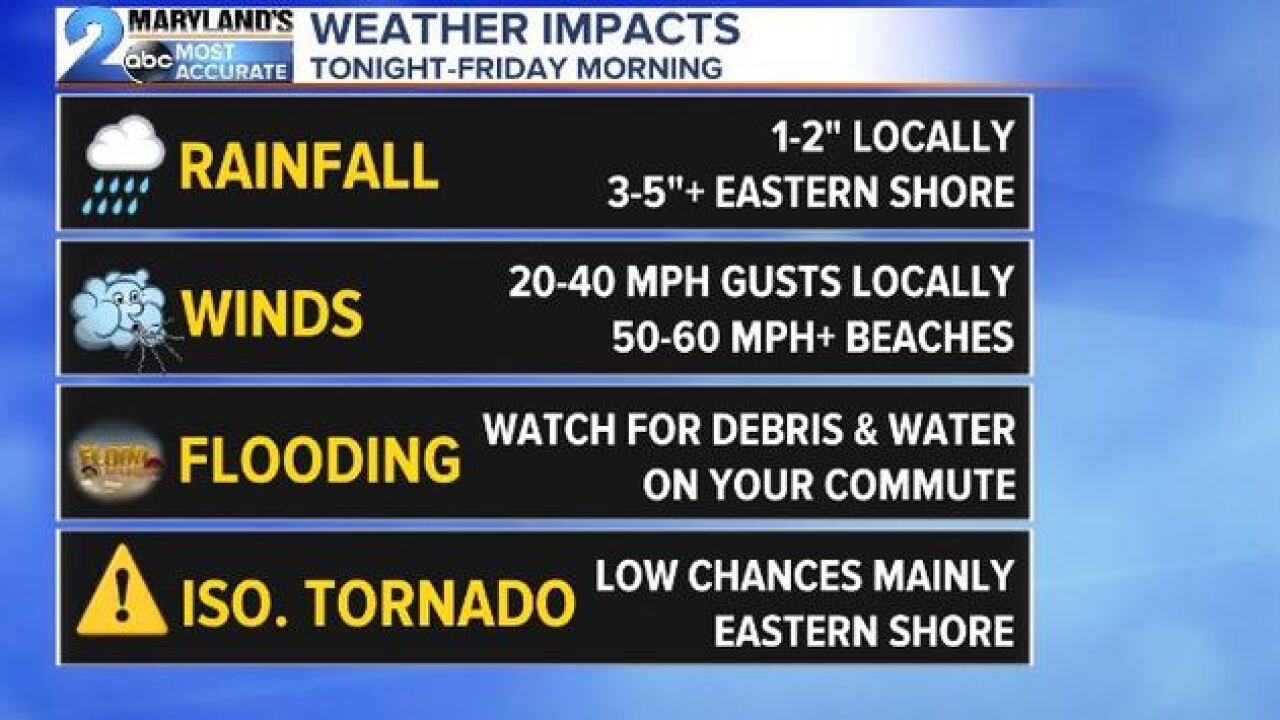 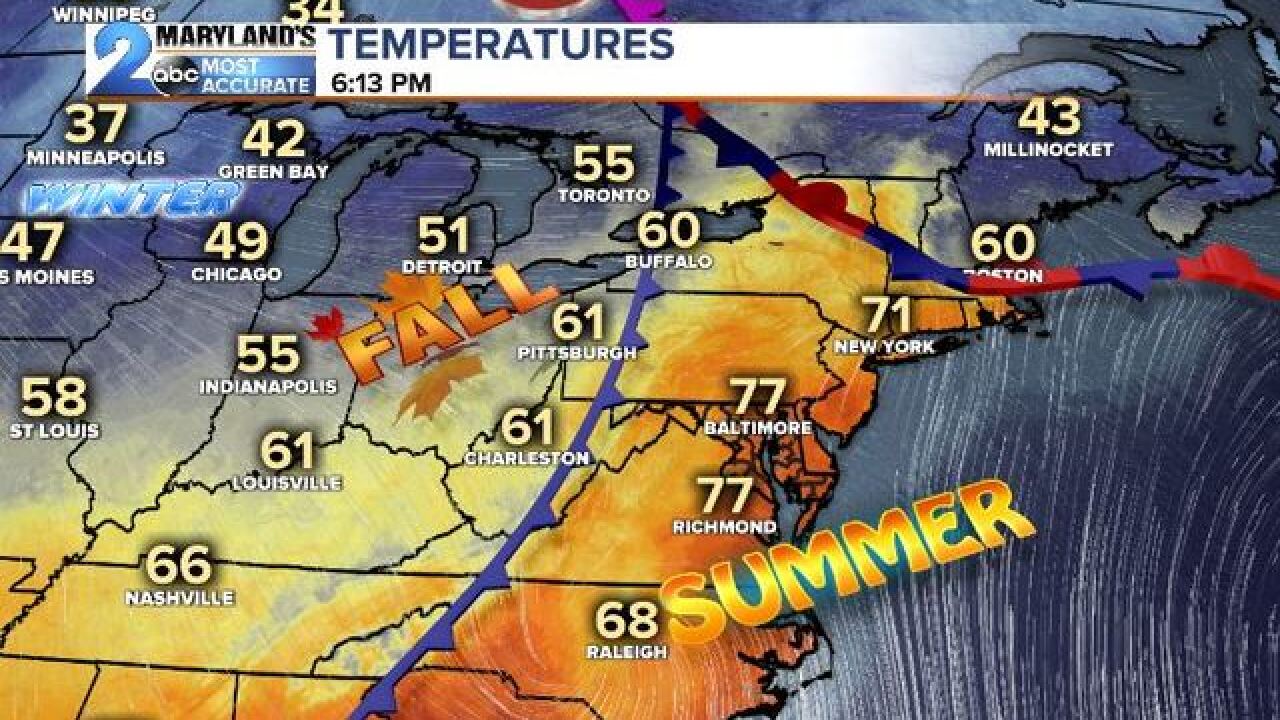 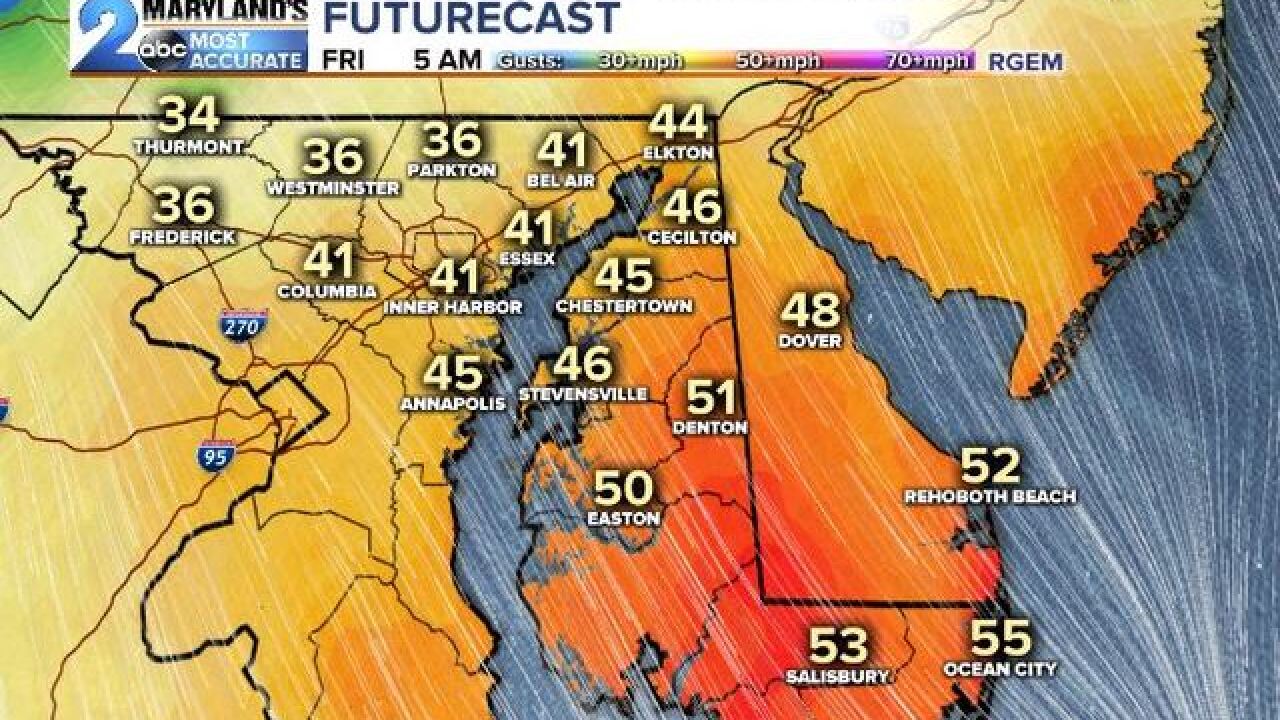 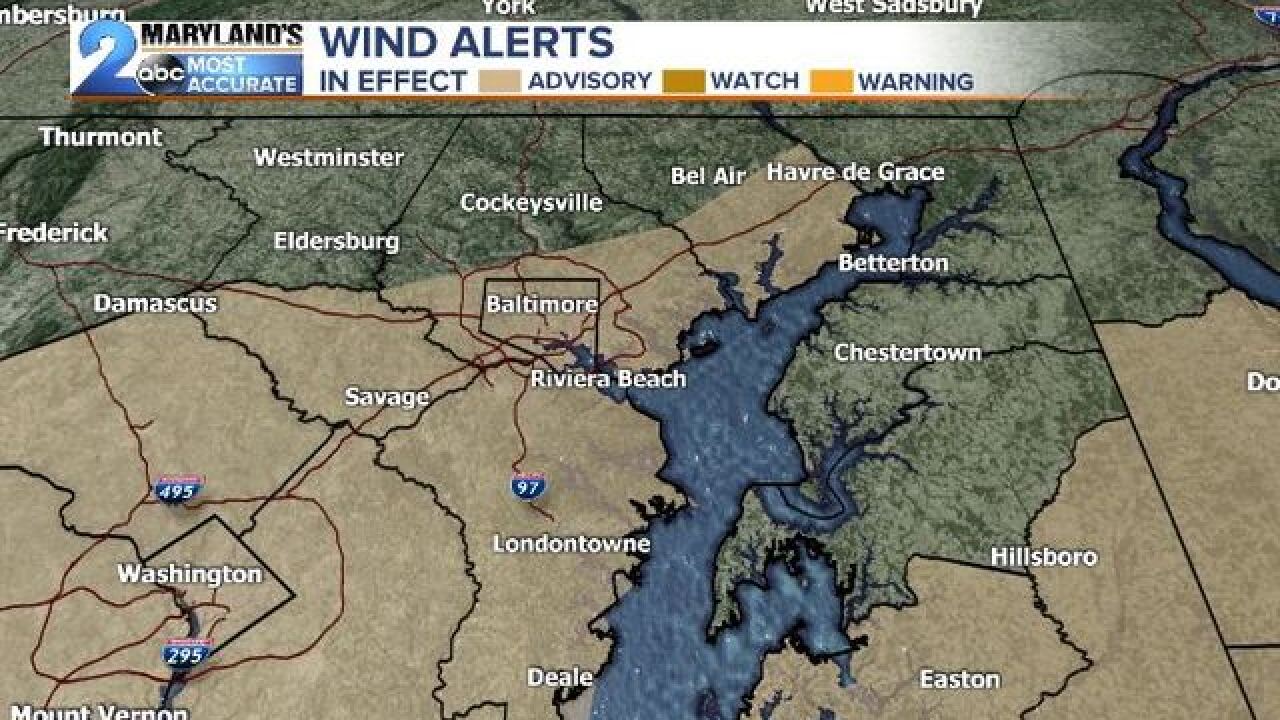 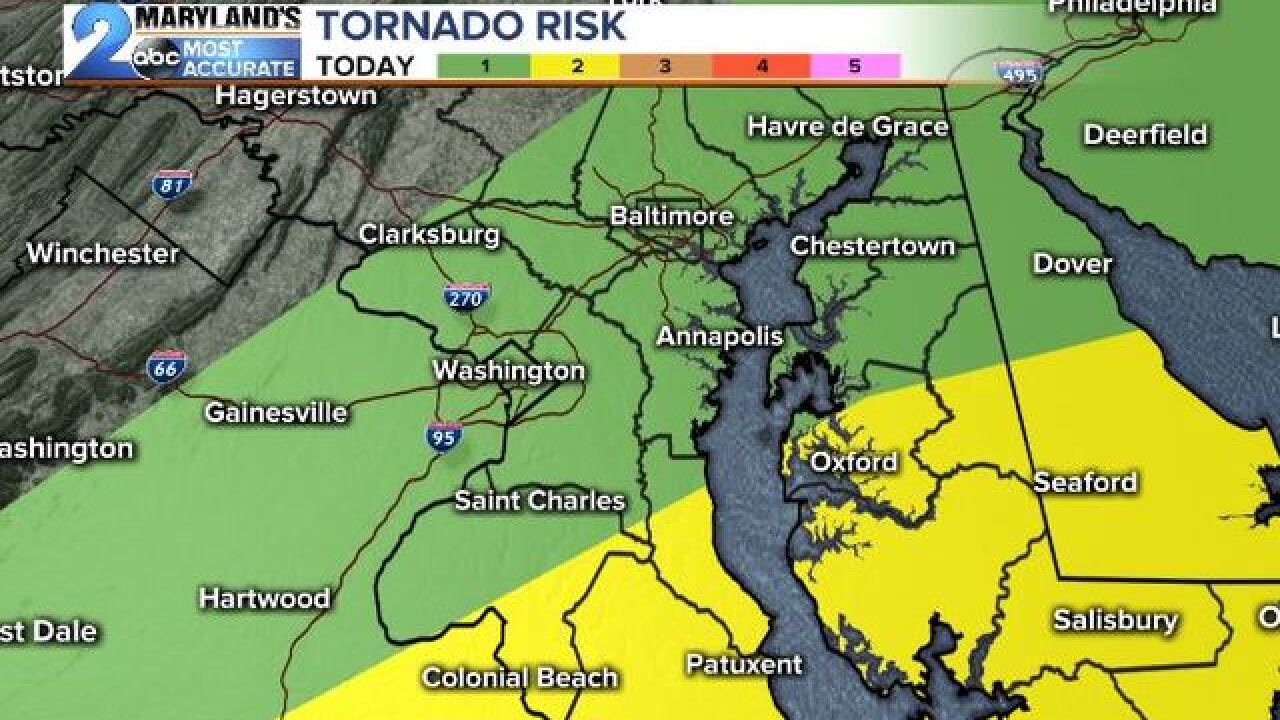 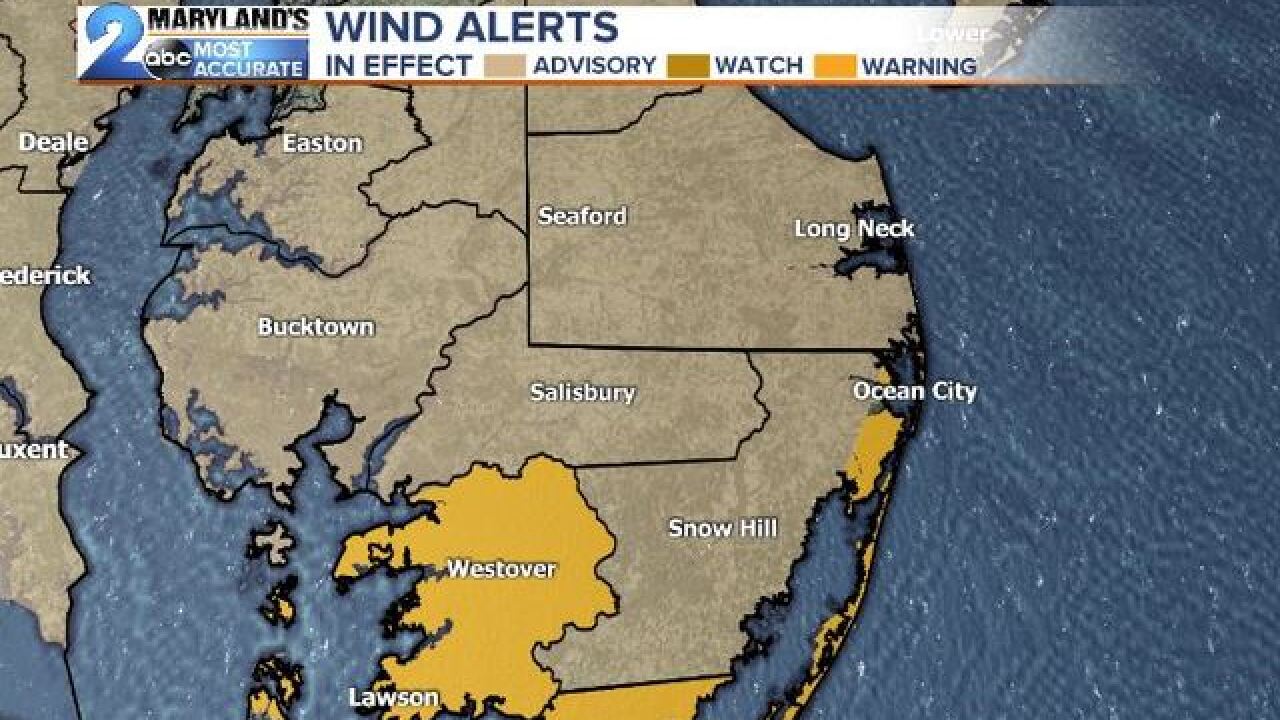 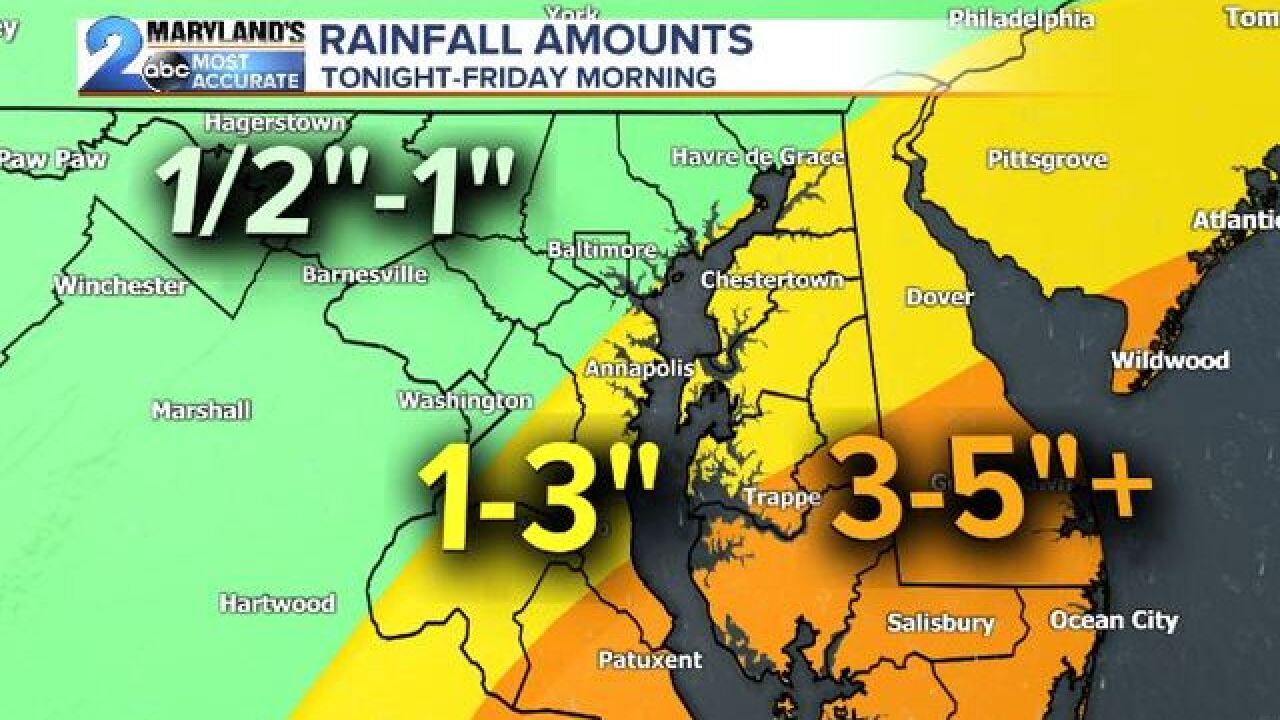 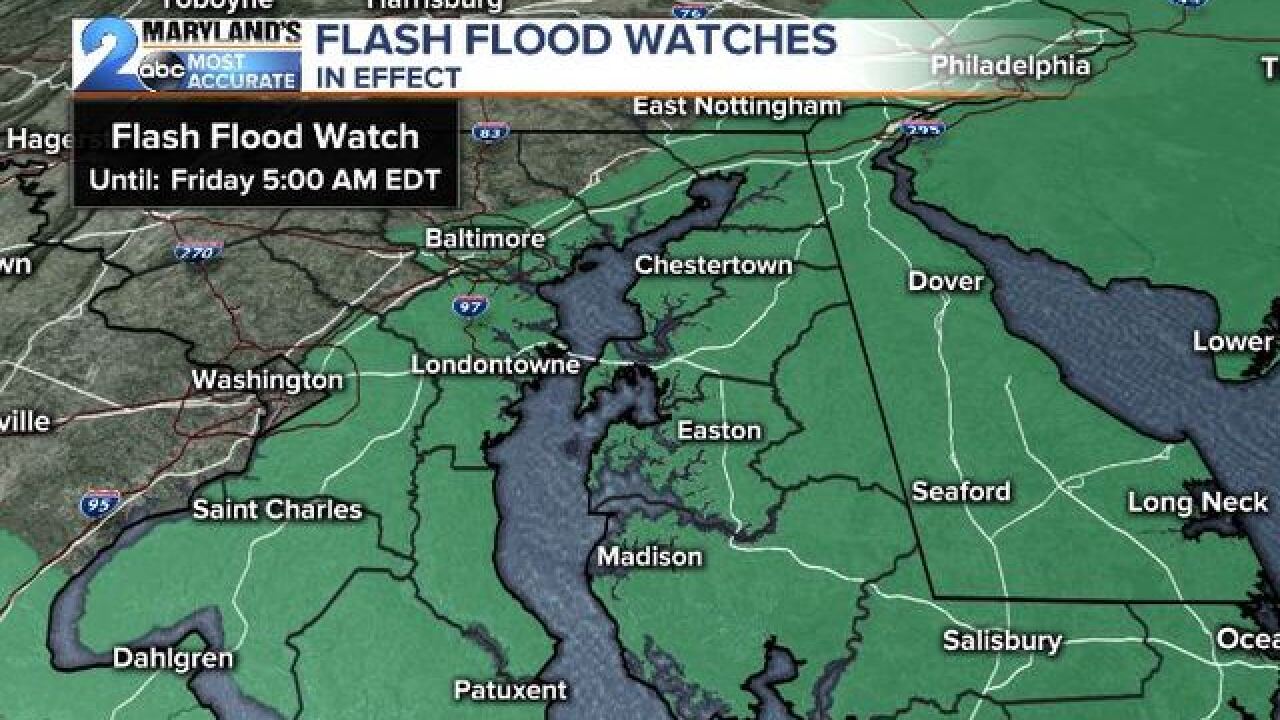 Tropical Storm Michael is on the move this evening toward Central Maryland and the Eastern Shore. Flash flooding, gusty winds, and even a brief tornado can't be ruled out as the storm moves on in.

Currently, we have a number of alerts in place for Tropical Storm Michael as he moves on in. Right now we have a Flash Flood Watch in place until 6 a.m. Friday for locations around I-95 and off to our east into the Eastern Shore/Maryland Beaches.

1-3" of rain is expected with localized pockets of 4"+. Counties not included in this watch but still could see problems include Carroll, Howard, Frederick, Northern Baltimore, and Northern Harford counties. Rainfall amounts in these locations look to be around 1-2".

Besides the Flash Flood Watch, we have concerns for gusty winds which look to develop late tonight into early Friday morning. Wind Advisories are currently in place for the lower Eastern Shore and Southern Maryland.

These locations could see gusts of 30-50 mph by early Friday morning. Higher winds are expected at Maryland Beaches including Ocean City where a High Wind Warning is up for gusts exceeding 55-65 mph.

So we got the wind and flooding threat out of the way but there is more. We also have the threat of a brief tornado or two. This threat is mainly confined to the lower Eastern Shore from Easton back over to Ocean City points south into Virginia. If a warning is issued for your area remember to seek shelter immediately in the lowest level of your home with all the walls around you.

Tropical Storm Michael looks to quickly race off the coast of the Delmarva early Friday morning allowing cooler and drier air to work in.


Temperatures will take a 20-25 degree fall from what we experienced today (October 11, 2018) to what we see on Friday (October 12, 2018). Highs will barely make 65 degrees underneath the return of the sun with even a bit of a wind chill in the 50s come Friday afternoon. Grab those sweaters because it only gets chillier from here with highs by Saturday in the upper 50s and even a touch of snowflake activity in the mountains of Maryland.

What a wild weather pattern with a little bit of everything...Summer, Fall, a little taste of early Winter, and oh yeah a tropical storm to boot.