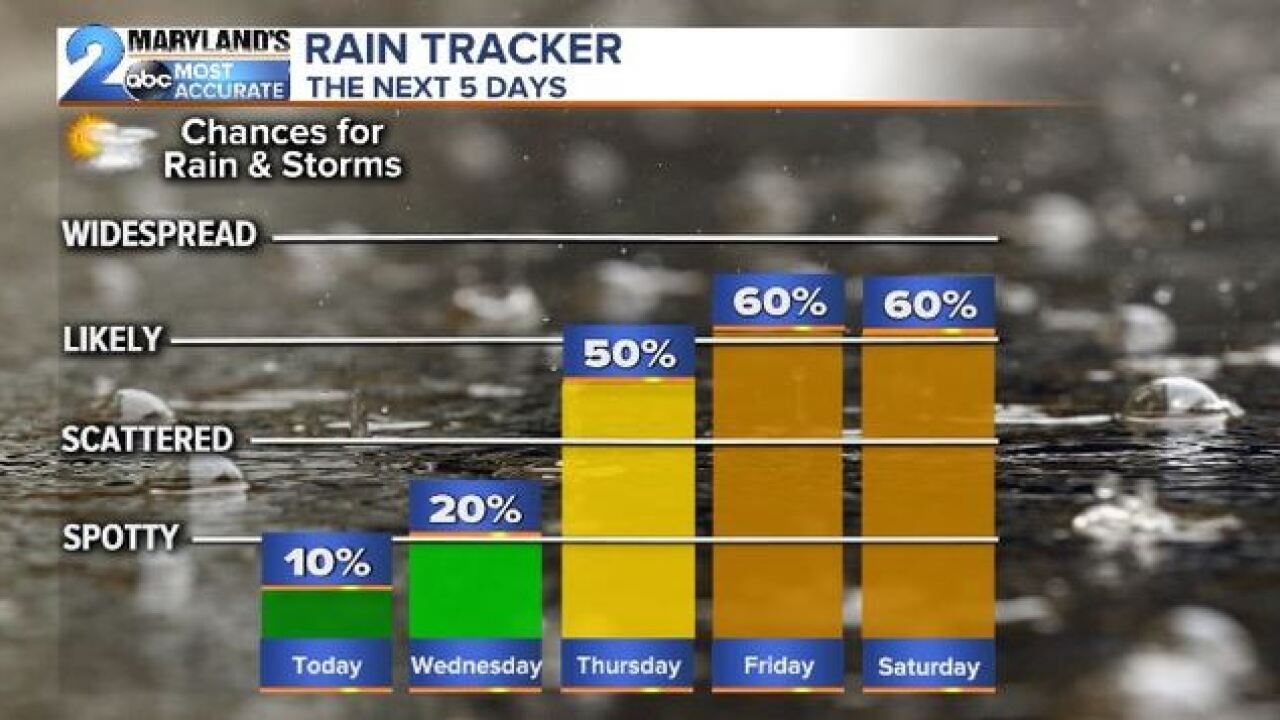 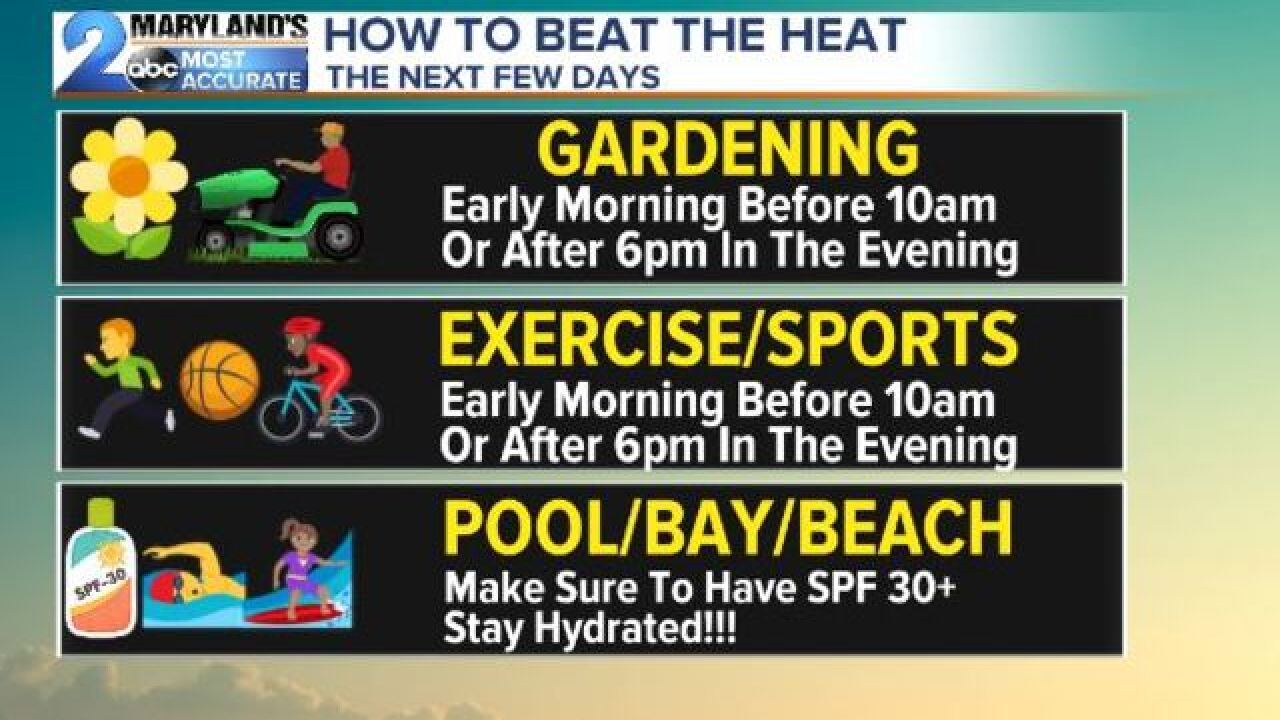 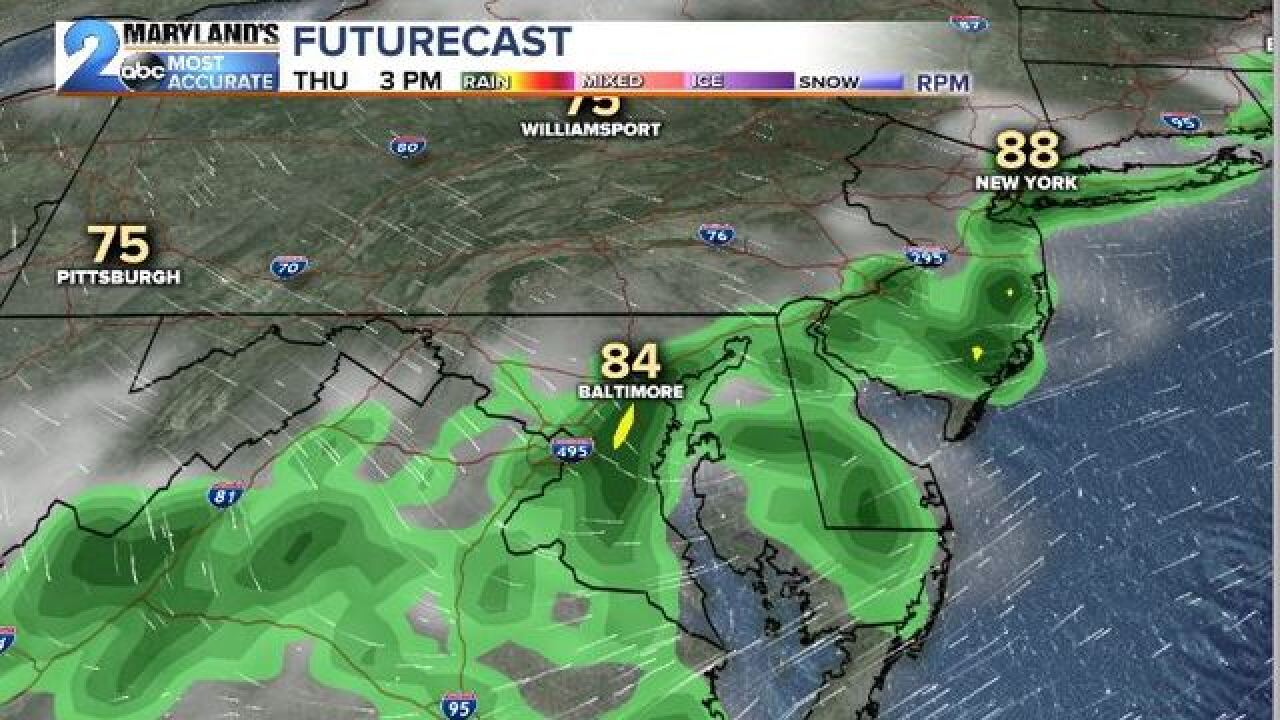 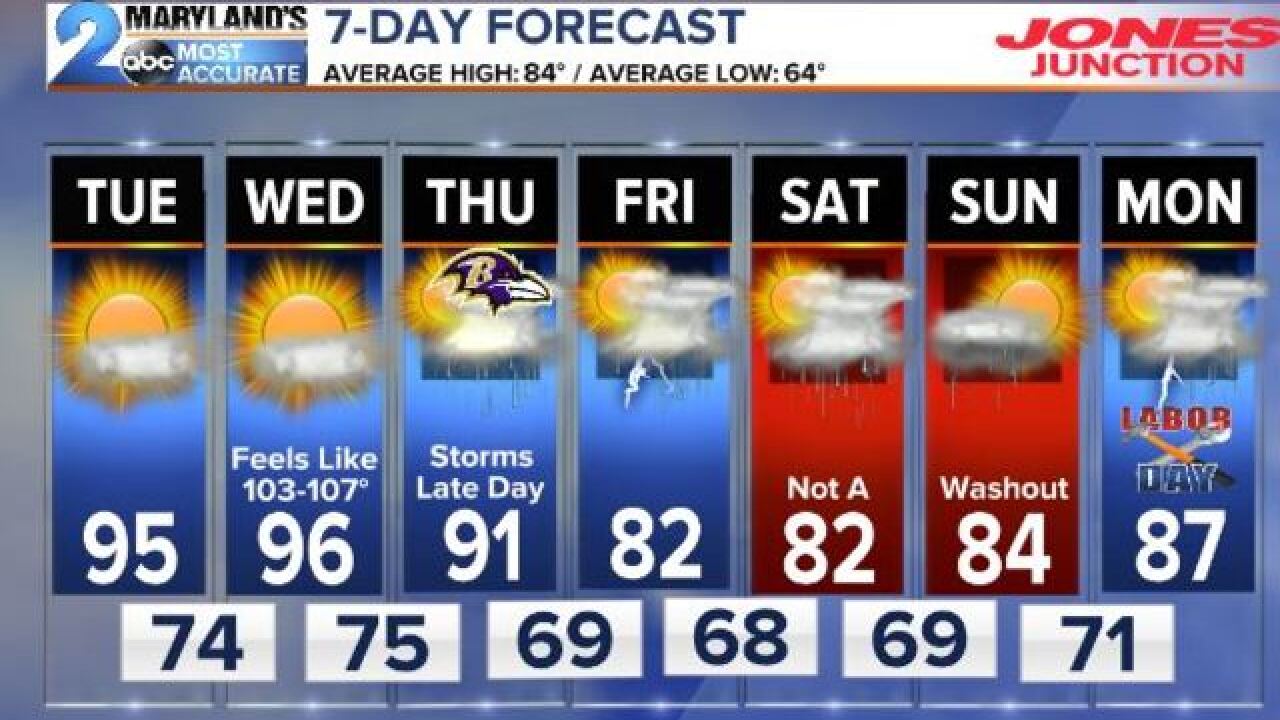 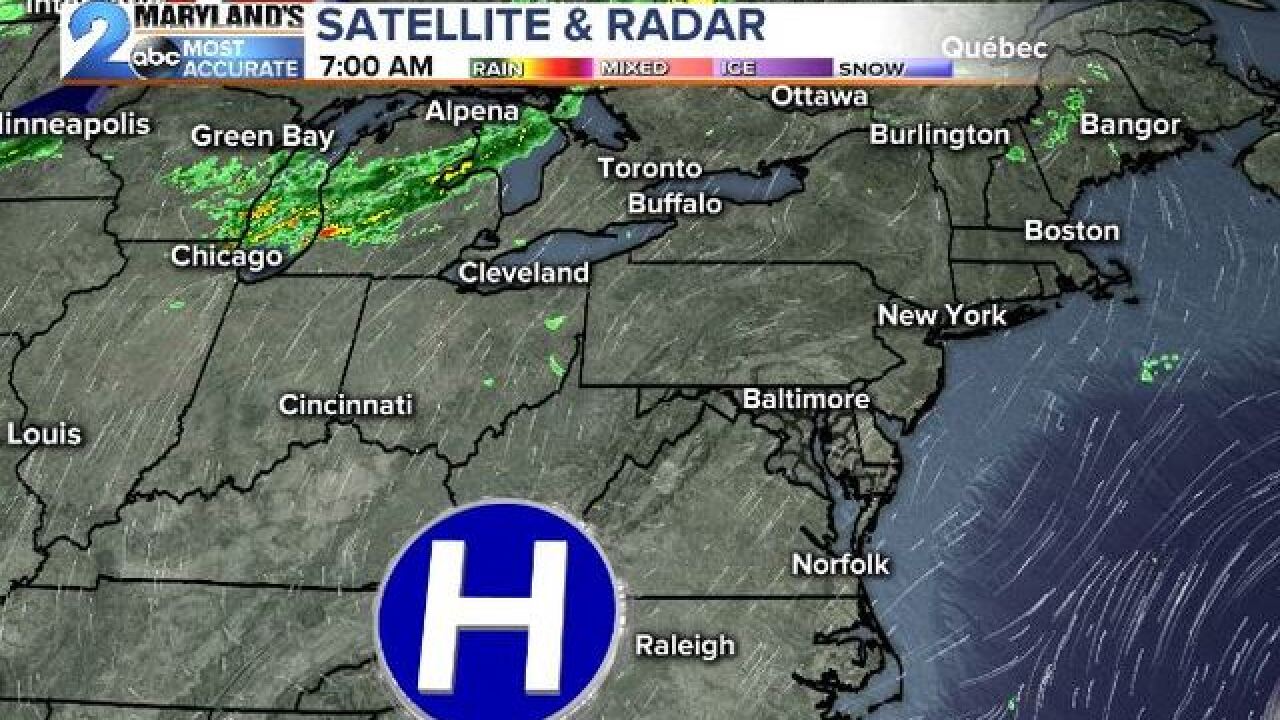 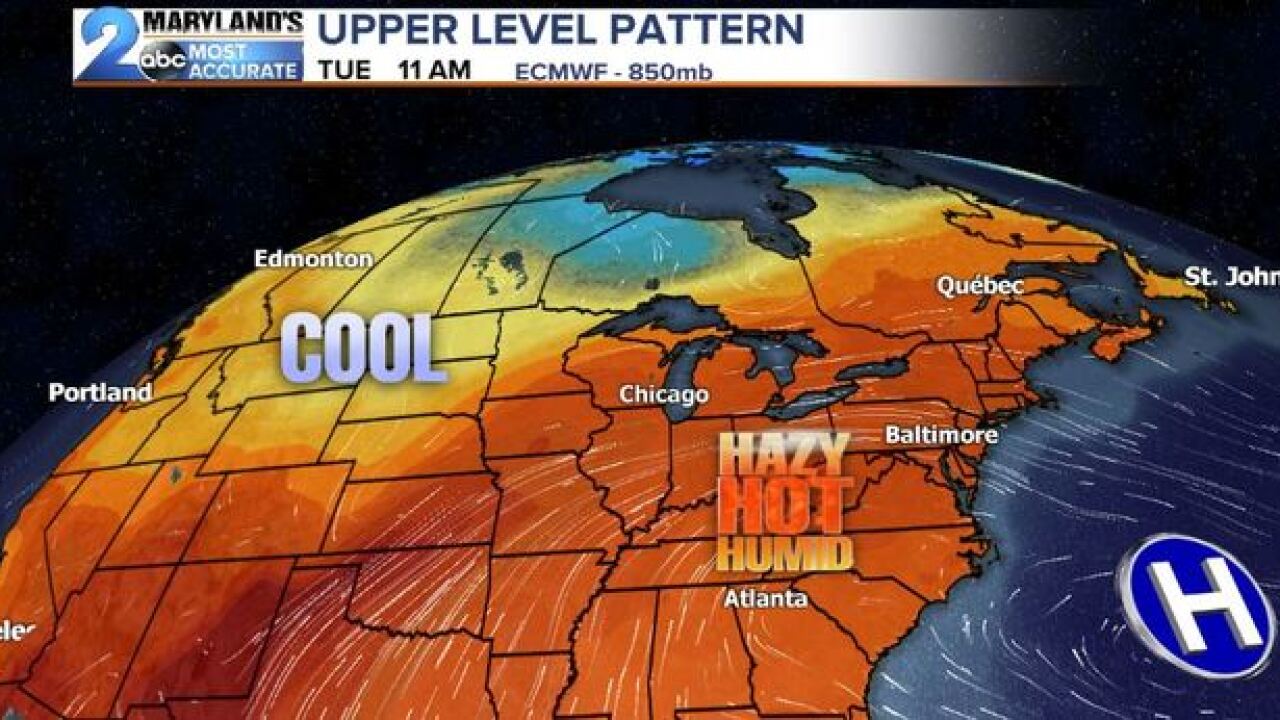 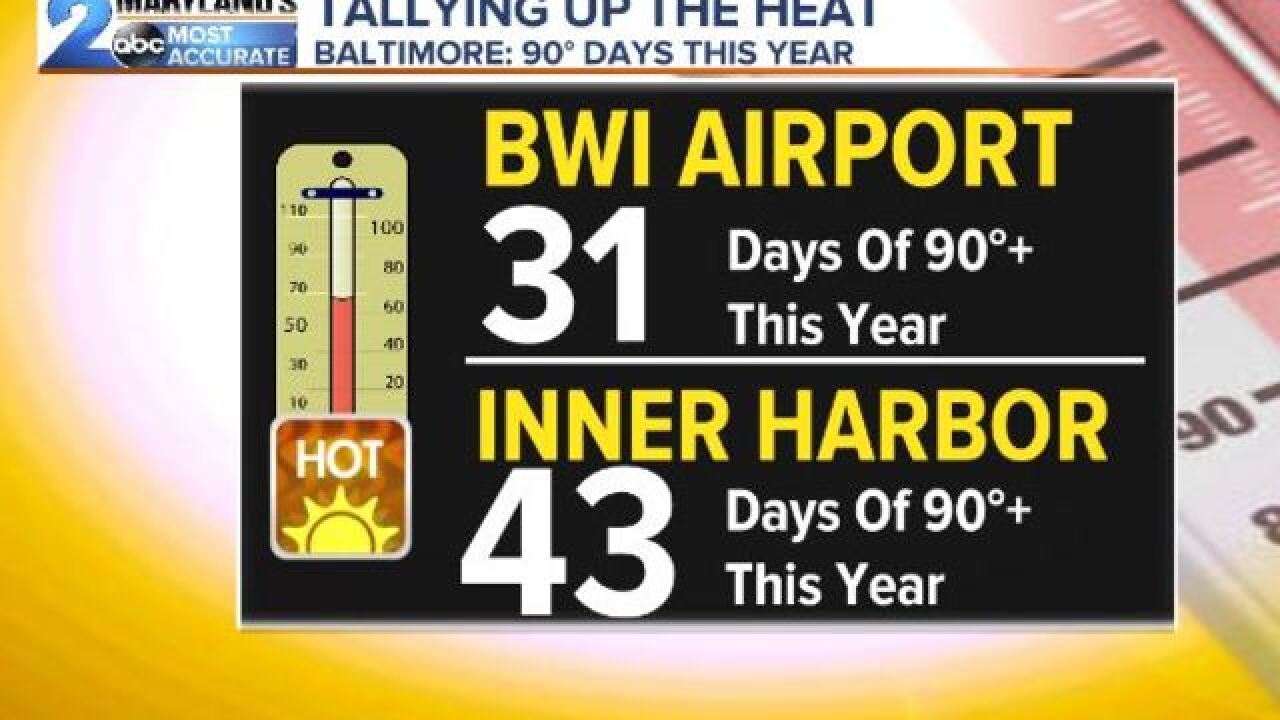 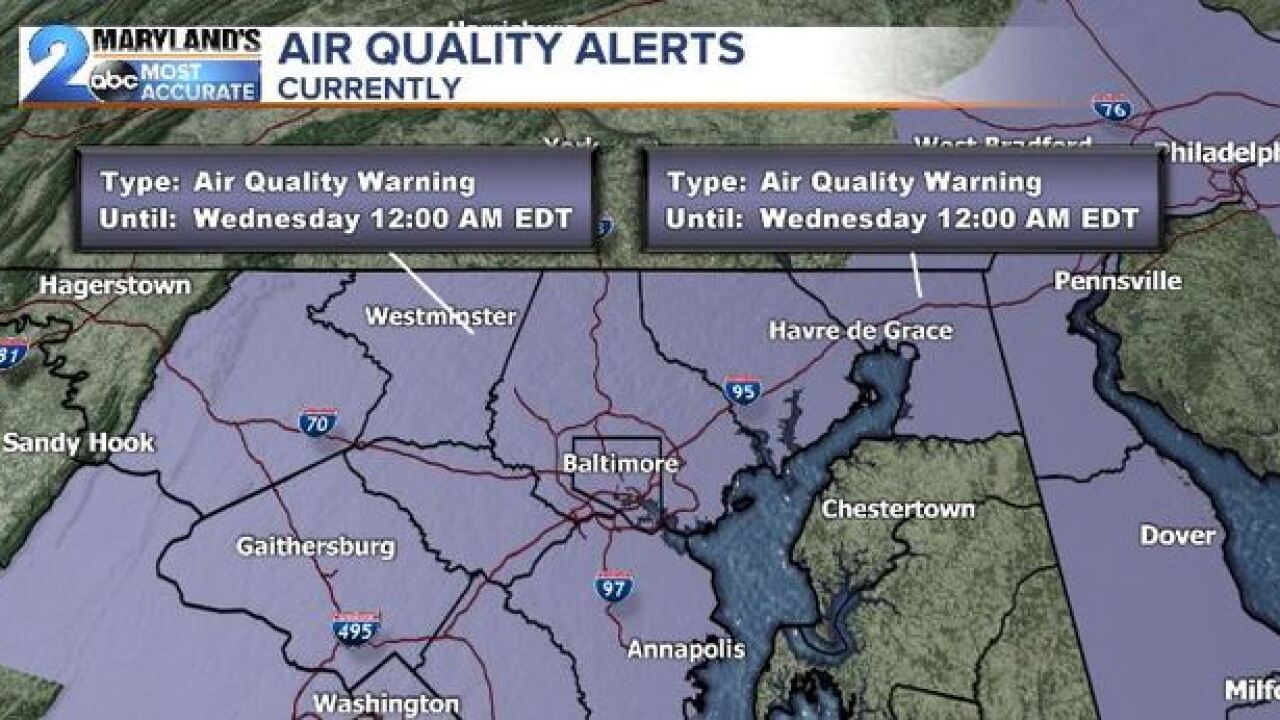 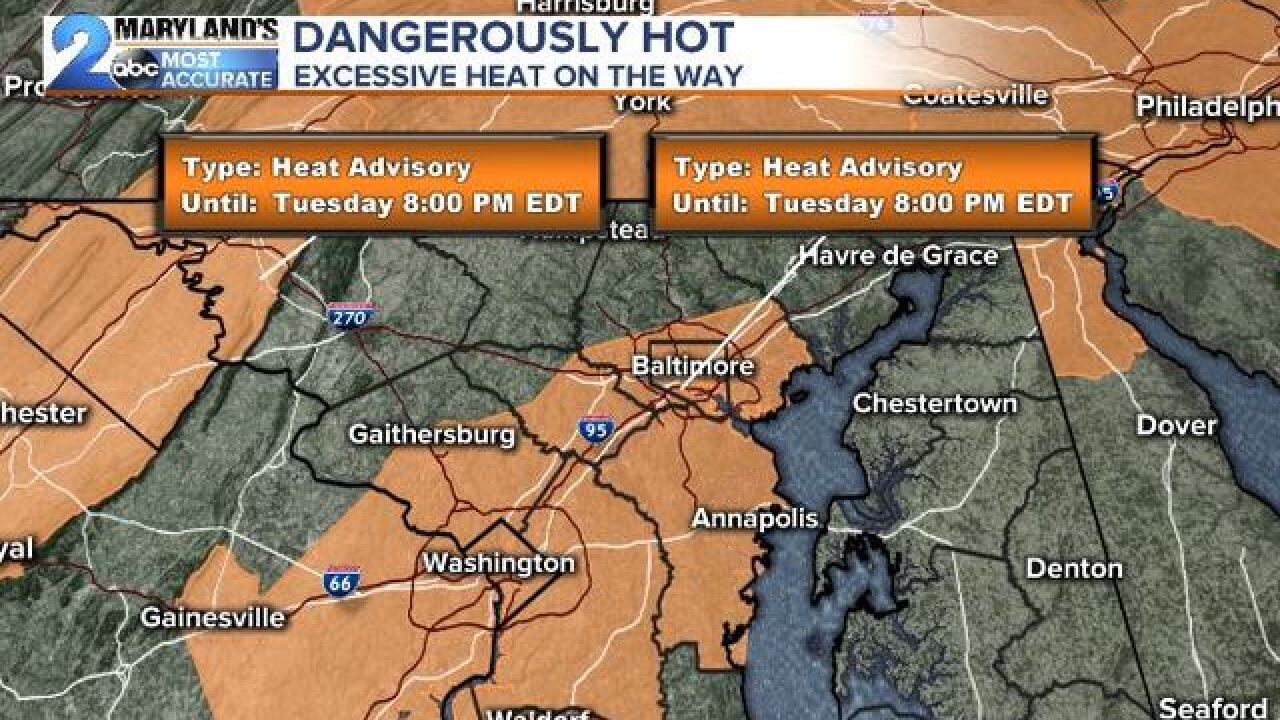 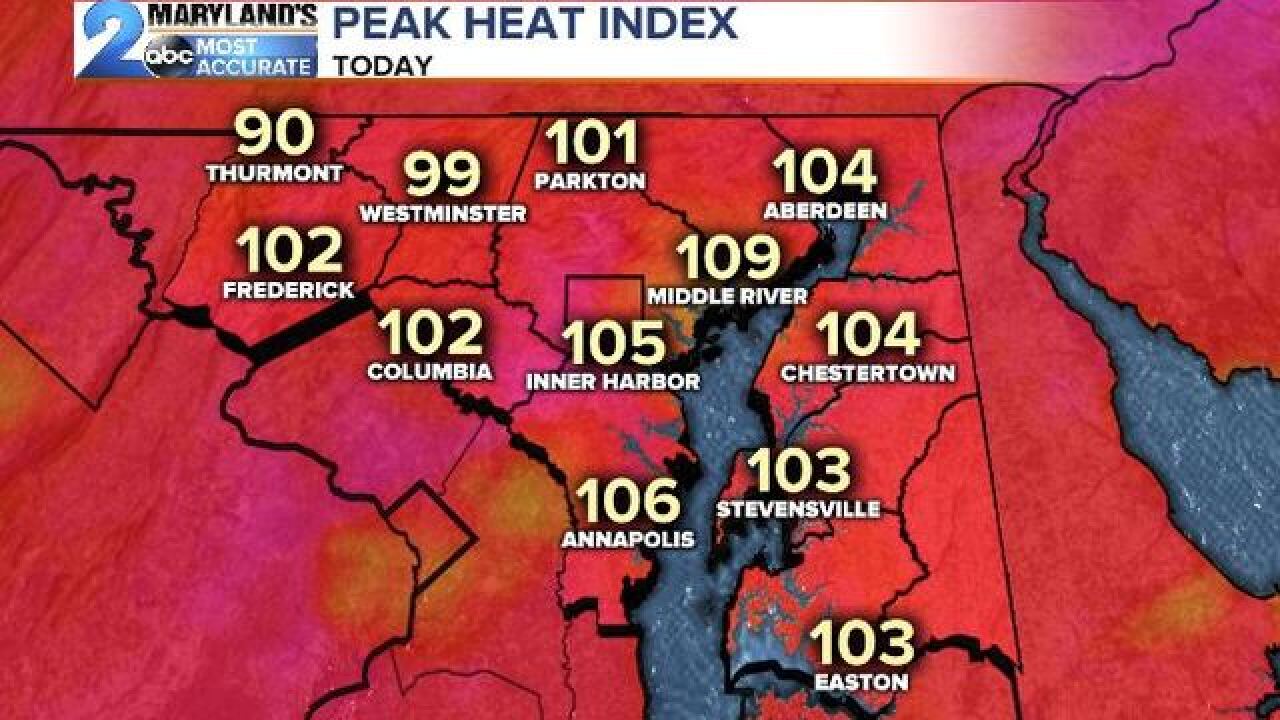 Another day of oppressive heat with highs in the mid to upper 90s and feel like temperatures well over 100 degrees. Heat Advisories have been put in place one again for the cities of Baltimore/Annapolis as the combination of heat and humidity remain dangerously high.

The static ridge of high pressure just won't budge although there are some changes on the way come the end of the week into the Labor Day holiday weekend.

The hottest temperature recorded within that time has been 99 degrees with heat indices values in both locations toppling 113 degrees. This came back in early July. So can we do it again during the final "Dog Days" of August?

Well the answer is a yes and no. High temperatures should peak at around 96 to 97 degrees come Wednesday. The reason we will not make 100 degrees is because of the substantial supply of the muggies. Either way though we will still feel like 100-110 degrees in many locations right on through Thursday leading to possible expansions of both the heat advisory and air quality alerts.

A break in the heat comes late Thursday and into the holiday weekend as a weak cold front washes out across the area. This will bring daily chances for storms and locally heavy rainfall. At this time the Labor Day Weekend and holiday do not look to be a washout. Just be aware that "When Thunder Roars, Move Indoor" and to stay hydrated with the hot conditions ahead.

If your working outside take plenty of breaks and drink plenty of water. Avoid strenuous activity during peak heating hours and don't forget top check on those elderly friends and neighbors. Most of all any activity outside this time of year requires sunblock or sun protection from some sort of clothing. As we roll into Summer the sun angle gets higher in the sky which means the time to get a burn gets smaller. Avoid the burn and lather on SPF as Summer is here to stay!!