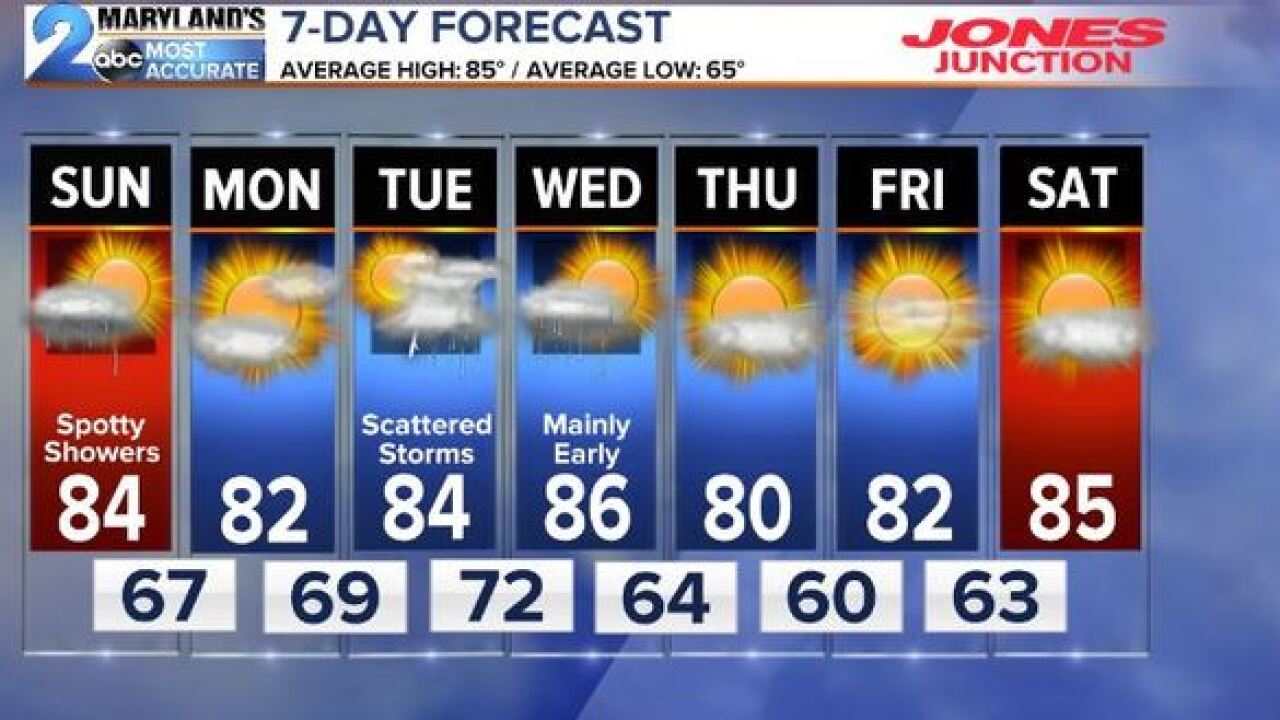 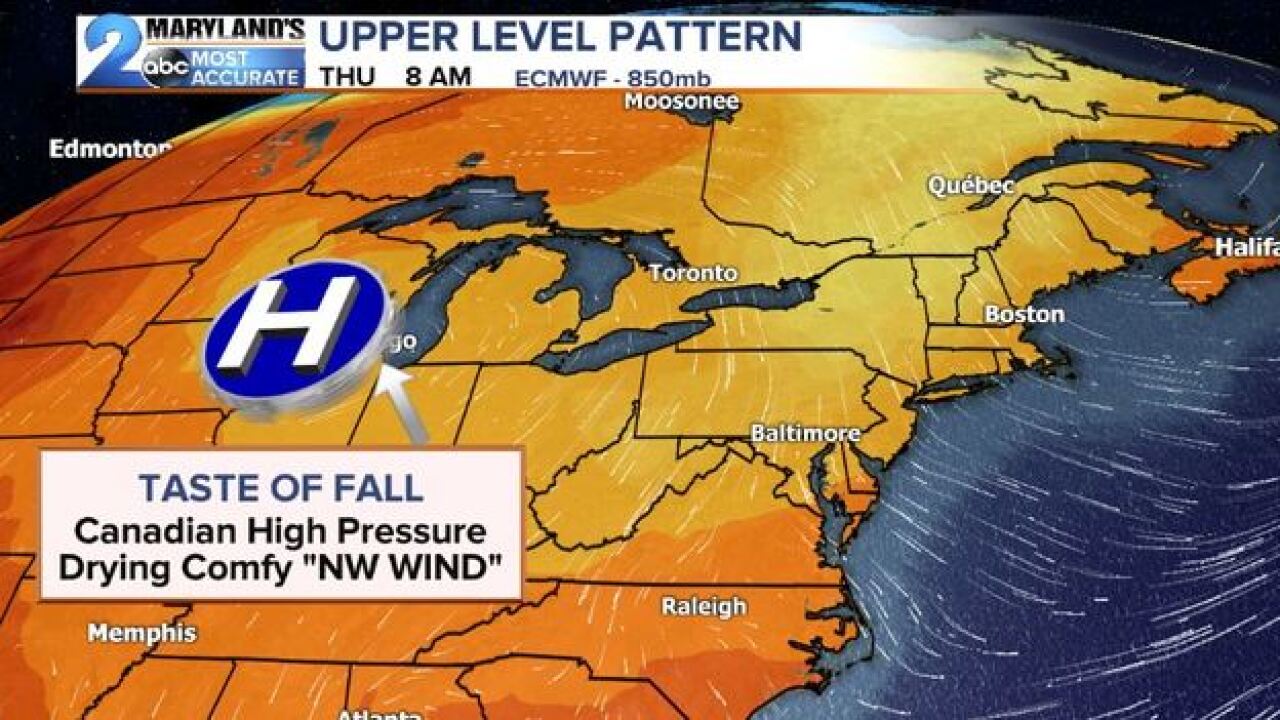 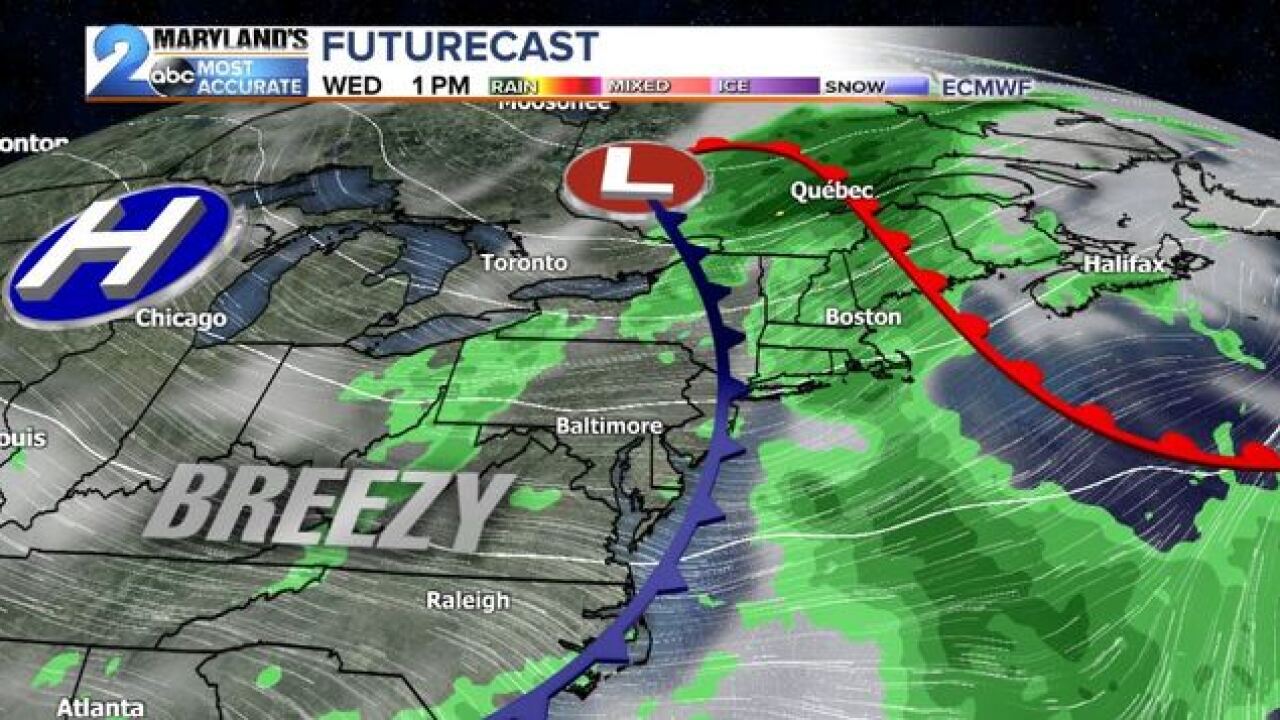 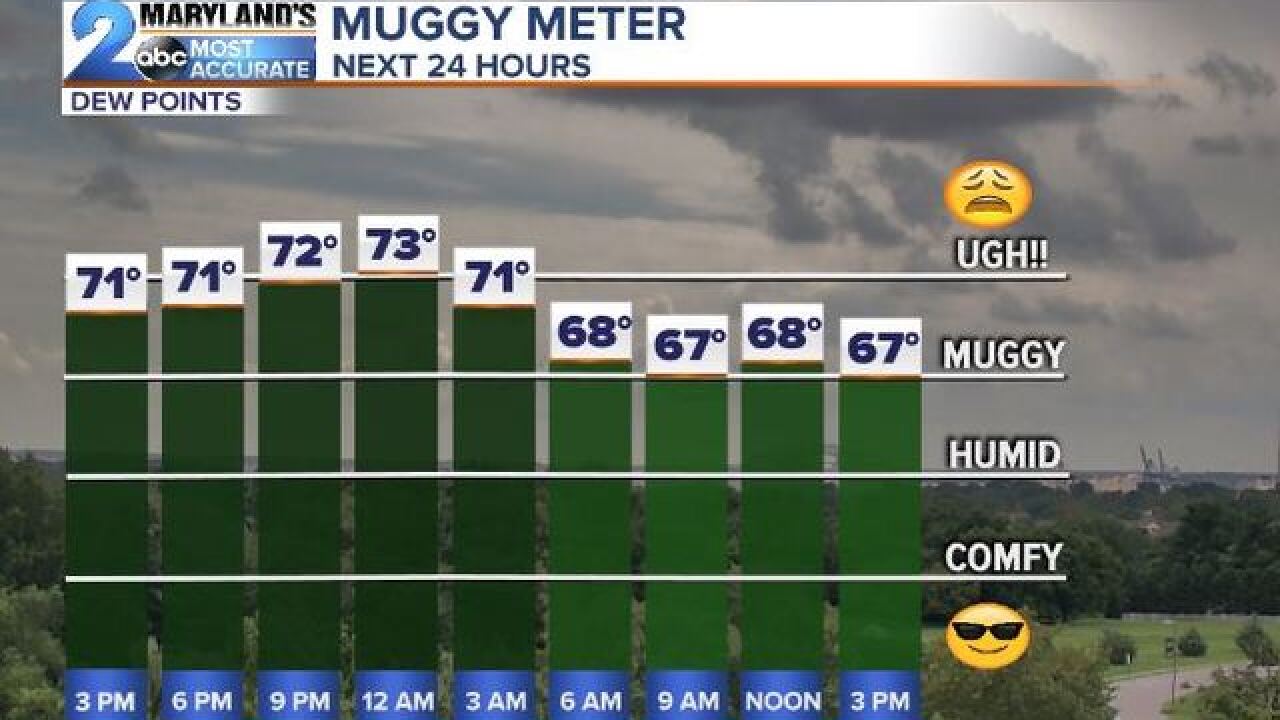 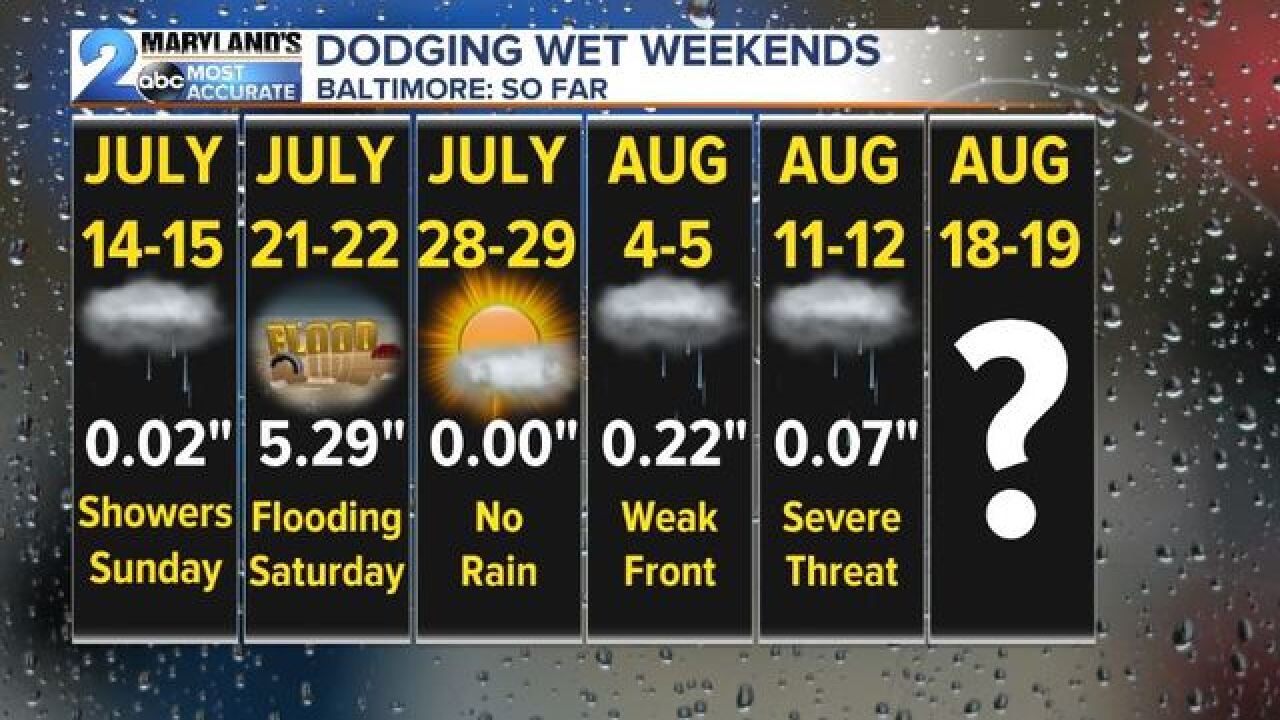 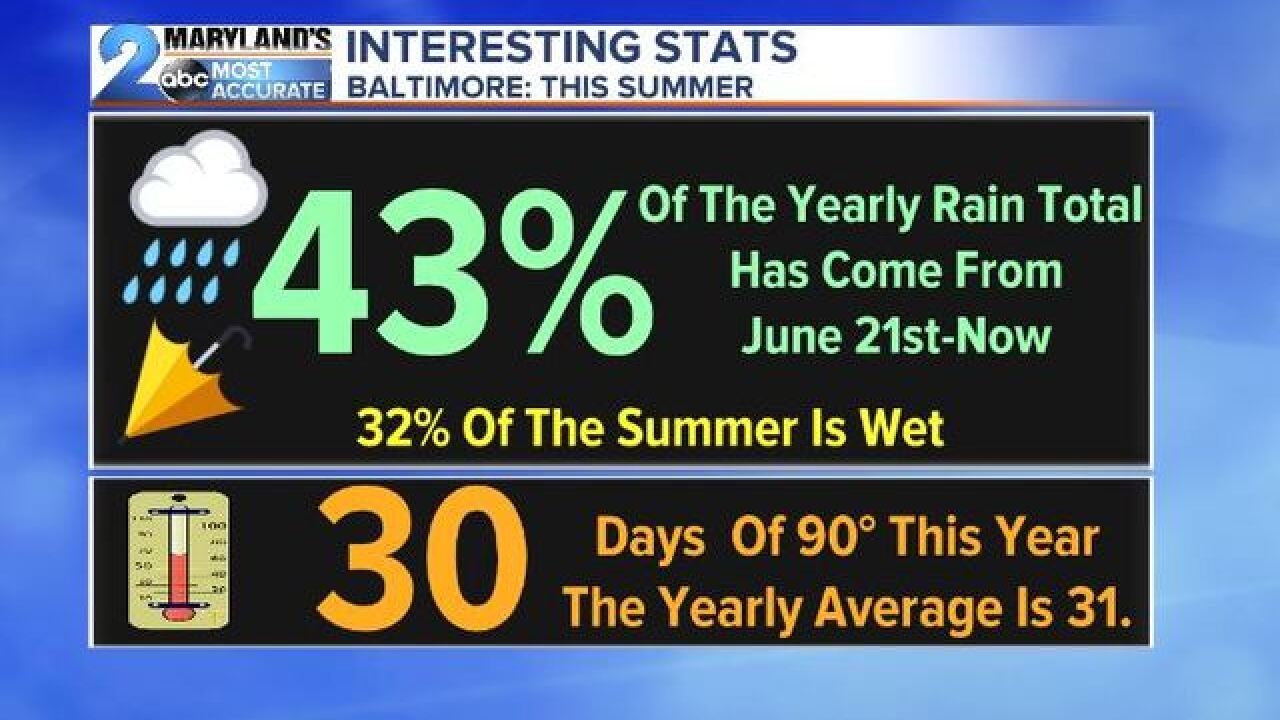 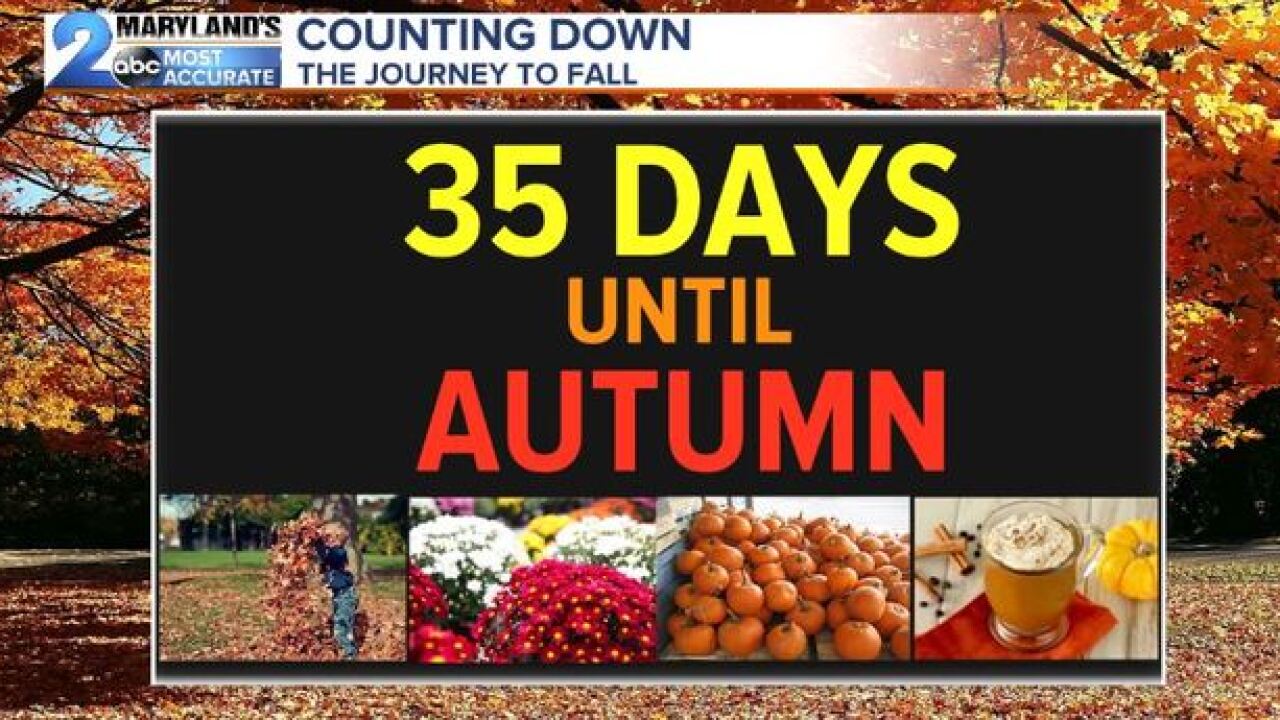 Once again we are talking about rain chances in the forecast. This seems to be the year and Summer of the umbrella here in Baltimore. Since January 1st we have accumulated over 43" of rain which is a 17" surplus above the average. Over 43% of the yearly totals has come since June 21st. 31 days out of the 93 that make up Summer so far have been wet including 5 weekends spanning from June 30th to now (August 18th).

Even with all that said there has been enough dry times to which we brought on the heat for a average to above average count of 90 degree days this Summer. So far this year the heat has come on early but could we see more before Summer is out?

There is still some uncertainty to that question at this time even though we still have a few more weeks of Summer to go. Even with that said our weather pattern looks to whip of a big change reminiscent of early fall late next week which will come as a splendid change for many of us.  If you're like me you may have noticed Halloween candy and other fall decor in area stores. Truth be told though is that pumpkin spice season is 35 days away (September 22, 2018 9:55pm).


Yes we have had a lot rain, heat, and most of all humidity which has created most of our problems this Summer. The muggy meter has been out of order for weeks on end as we see an airmass that is more typical of a Summertime vacation spot along the Gulf Coast or even down in Disney World. Things look to change though with the succession of two fronts one of which will pass through Sunday and a much powerful one Wednesday morning (August 22,2108) bringing on the winds of change.

These winds of change that we are speaking of are out of the northwest from Canada around a large area of high pressure which will usher in lower rain chances and most of all low humidity making things feel much more pleasant even as high temperatures climb back into the 80s.

It even looks as if we could squeeze in several nights without the air conditioner. With the drier air overhead overnight lows can drop well in the 50s and 60s even in the city. The only downsize of the drier air and calmer weather will be for those who suffer from allergies. Pollen counts look to climb by the end of next week especially for ragweed as we start to round out the Summer season.