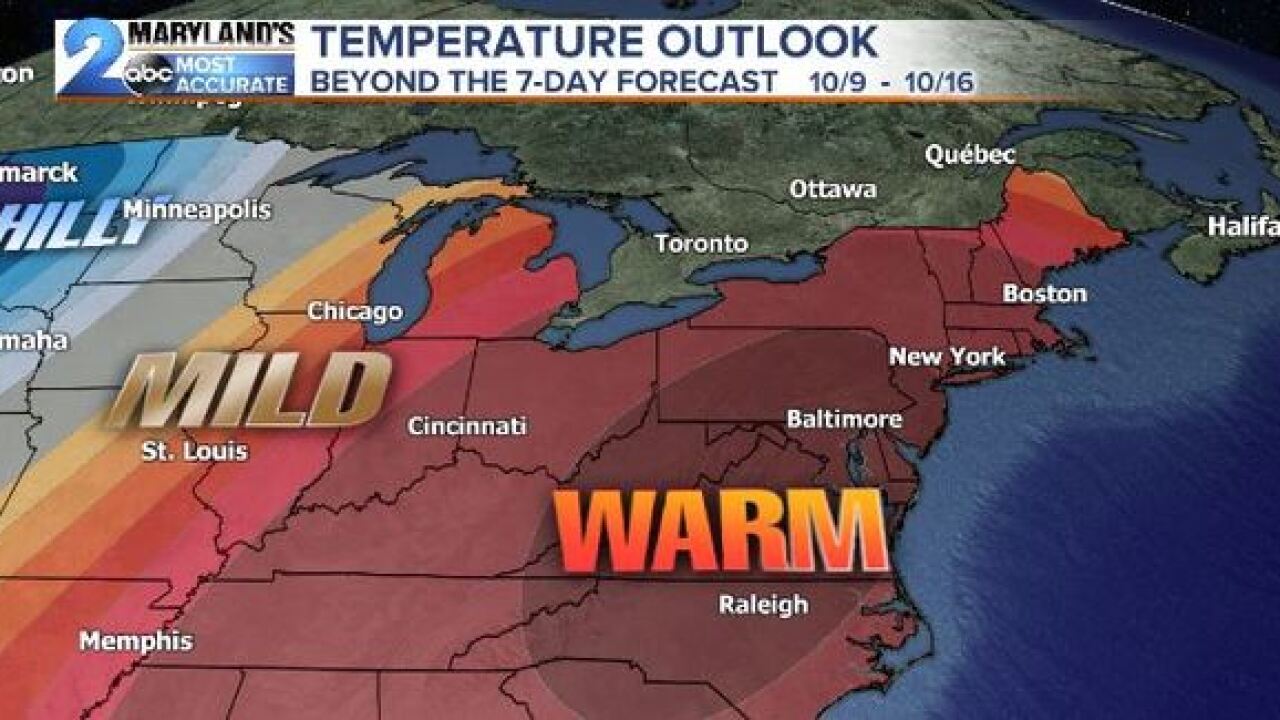 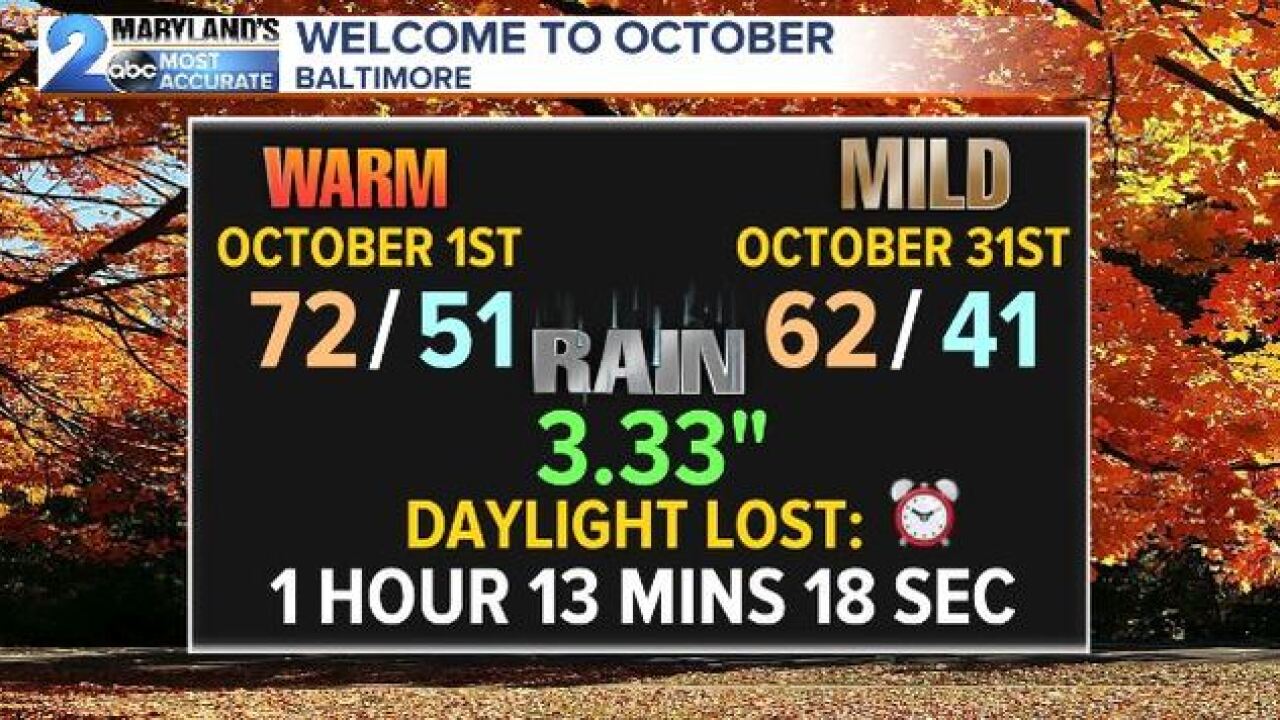 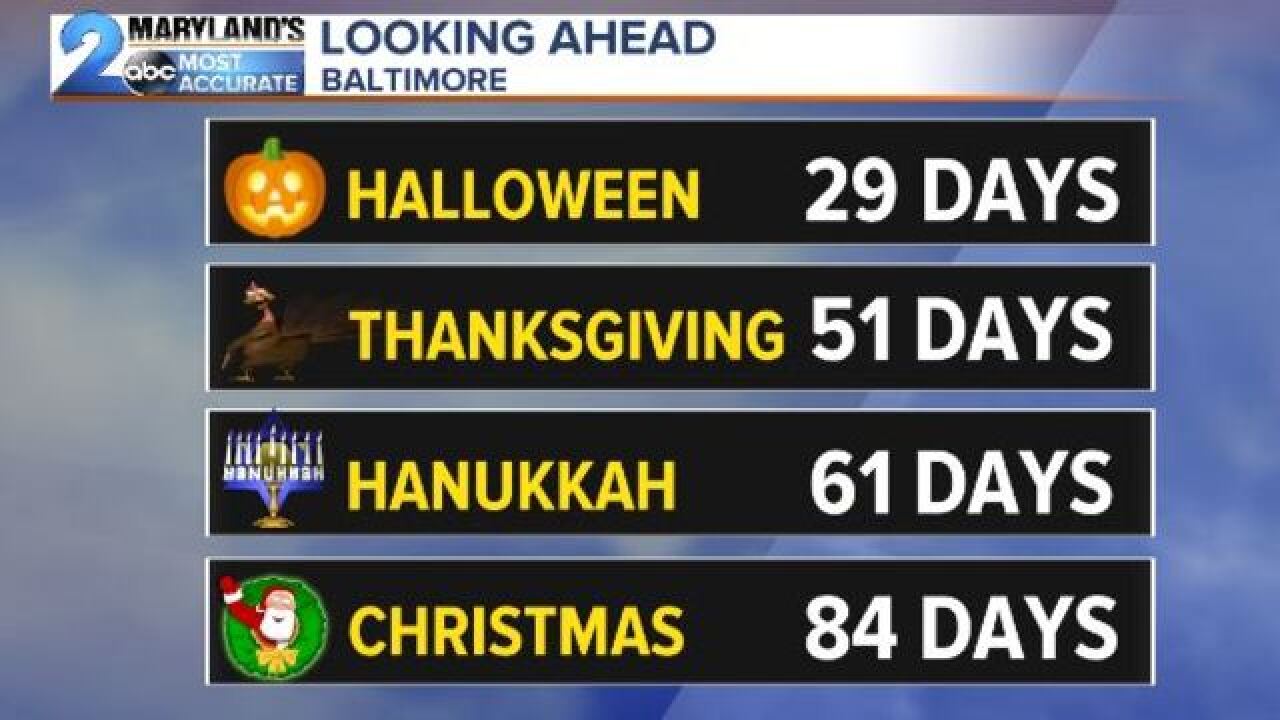 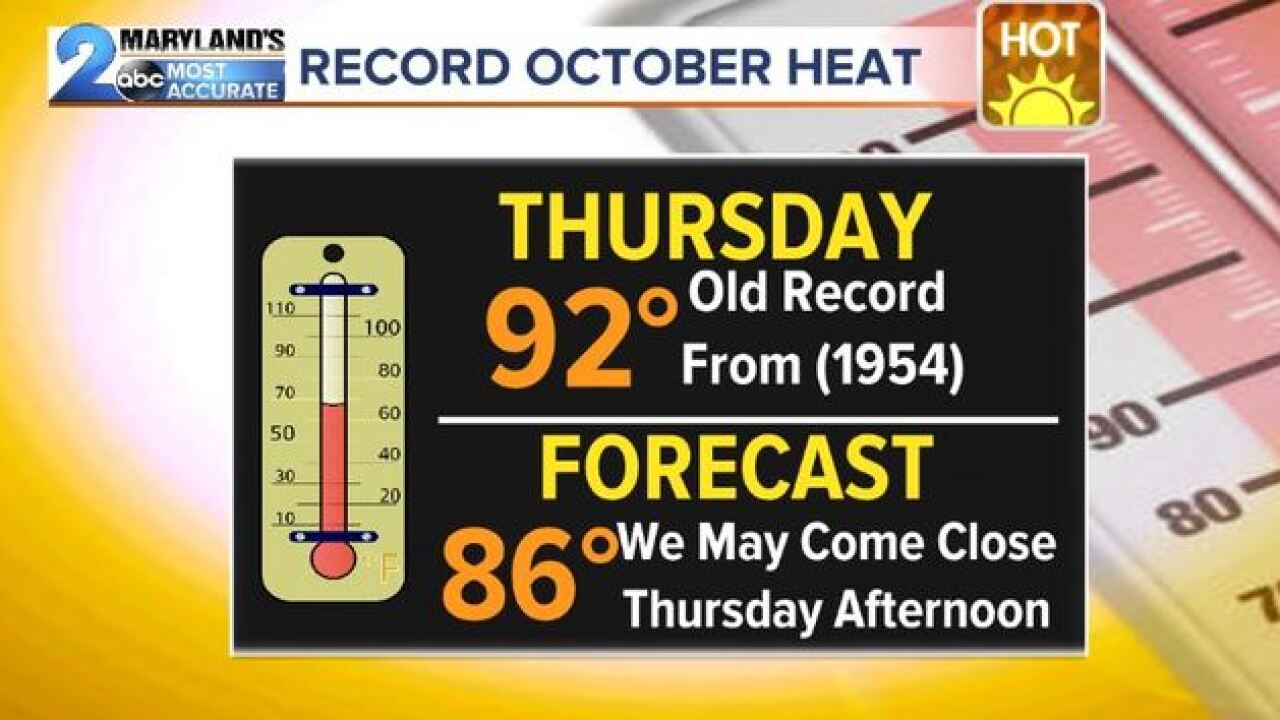 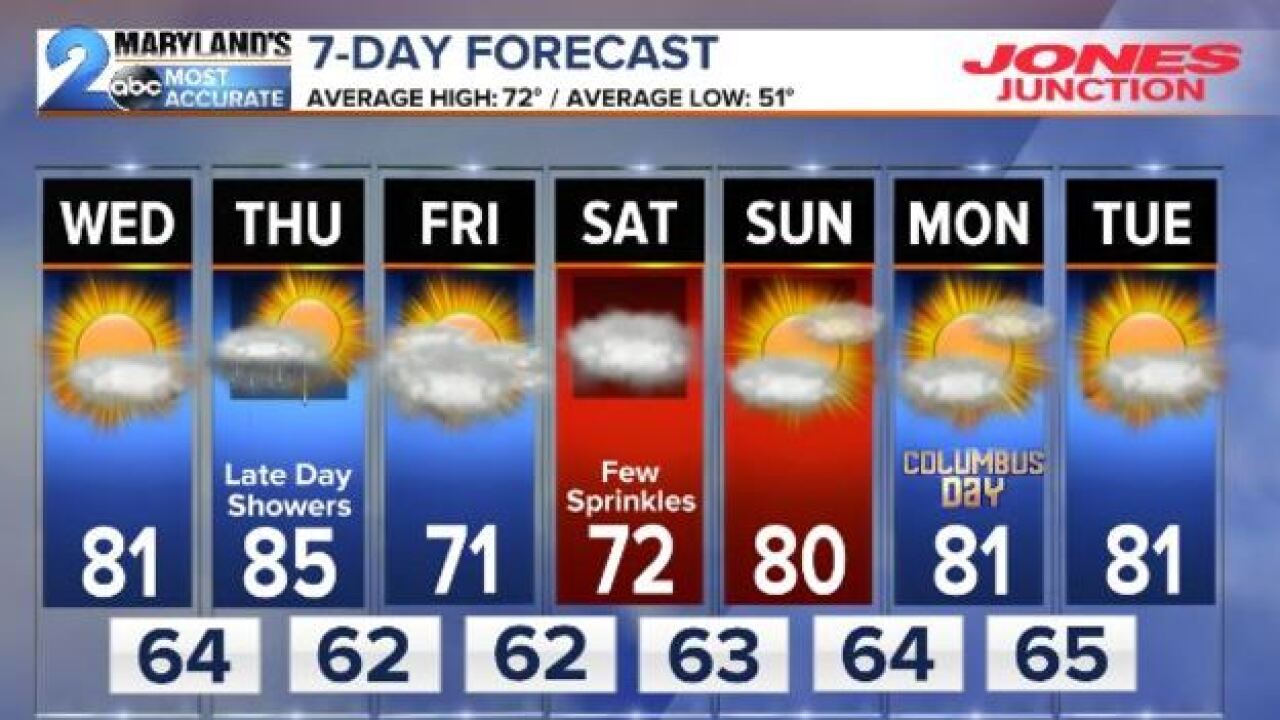 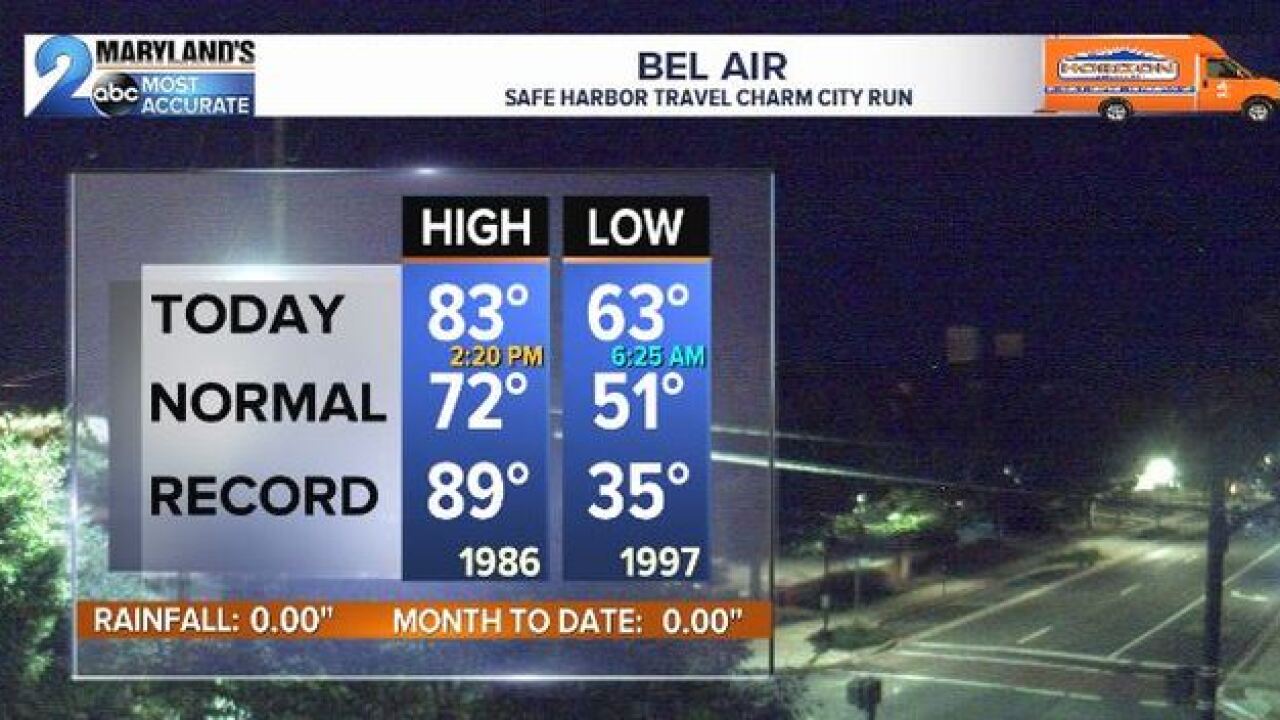 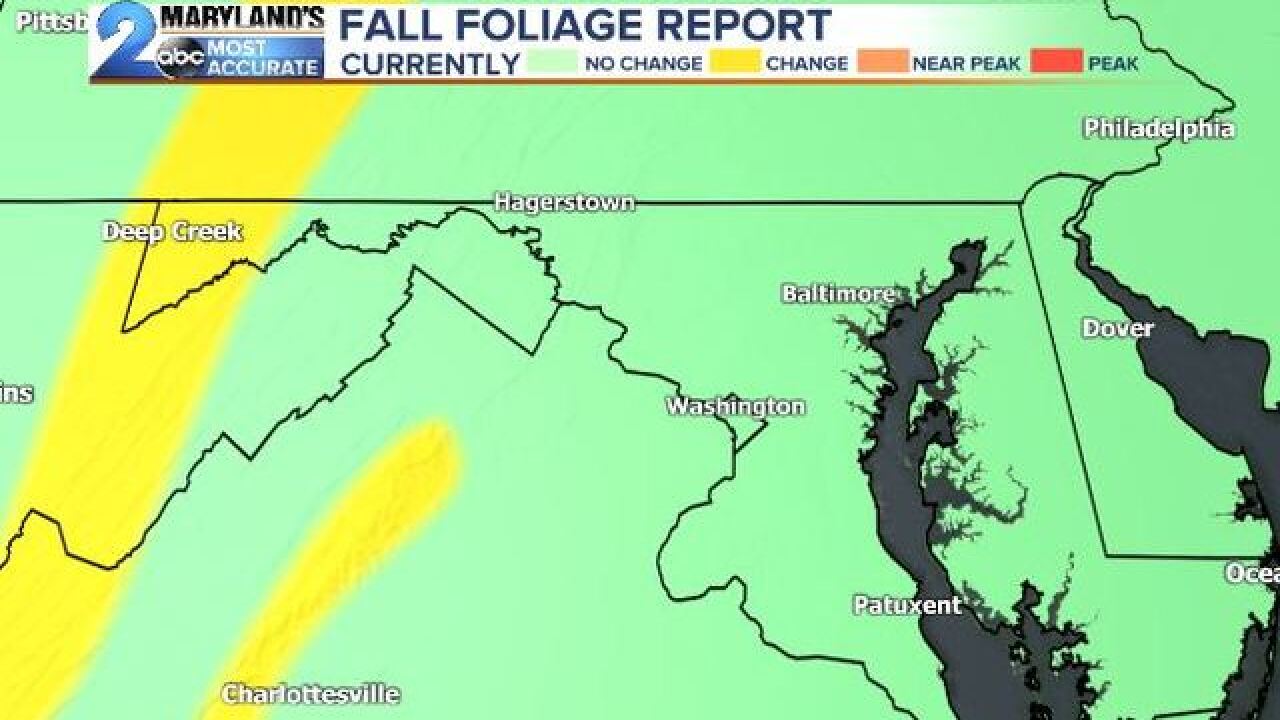 We have flipped the calendar ahead to October but it surprisingly still feels like Summer. Usually this time of year we think about mums, corn mazes, and everything pumpkin spiced along with cooler temperatures. The cooler temperatures though are what looks to be missing at least this week and possibly into the next week ahead.

Our average high temperature this time of year is right around 72 degrees to start the month and drops off to 62 degrees by Halloween. This of course has to do with the loss of daylight as Fall rolls on. We go from 11 hours and 43 minutes at the beginning of October to 10 hours and 33 minutes at the end of the month hence mild days and chillier nights.

This week will feature near record breaking heat as a ridge of high pressure takes control. The heat will arrive Wednesday and Thursday before a brief weekend cool-down followed up by more heat next week.

Highs today touched 83 degrees and look to do the same Wednesday. The record Wednesday by the way is 92 degrees which was set in 1954. Thursday is the day though that we could get close to a record. Highs will pump up to 85 degrees and could touch 90 in some locations. The record to beat of course is 92 degrees in 1954.

The unseasonably warm weather of course will put an additional halt on Fall color exploding across the region for at least the next 7-10 days ahead. Patchy color has been reported across Western Maryland above 2,500 ft so this could be a sign of things to come although no real big cool-downs look to be in the long term forecast ahead.