NOVEMBER TO REMEMBER-Tornadoes To Snow

An active November could point to what's ahead... 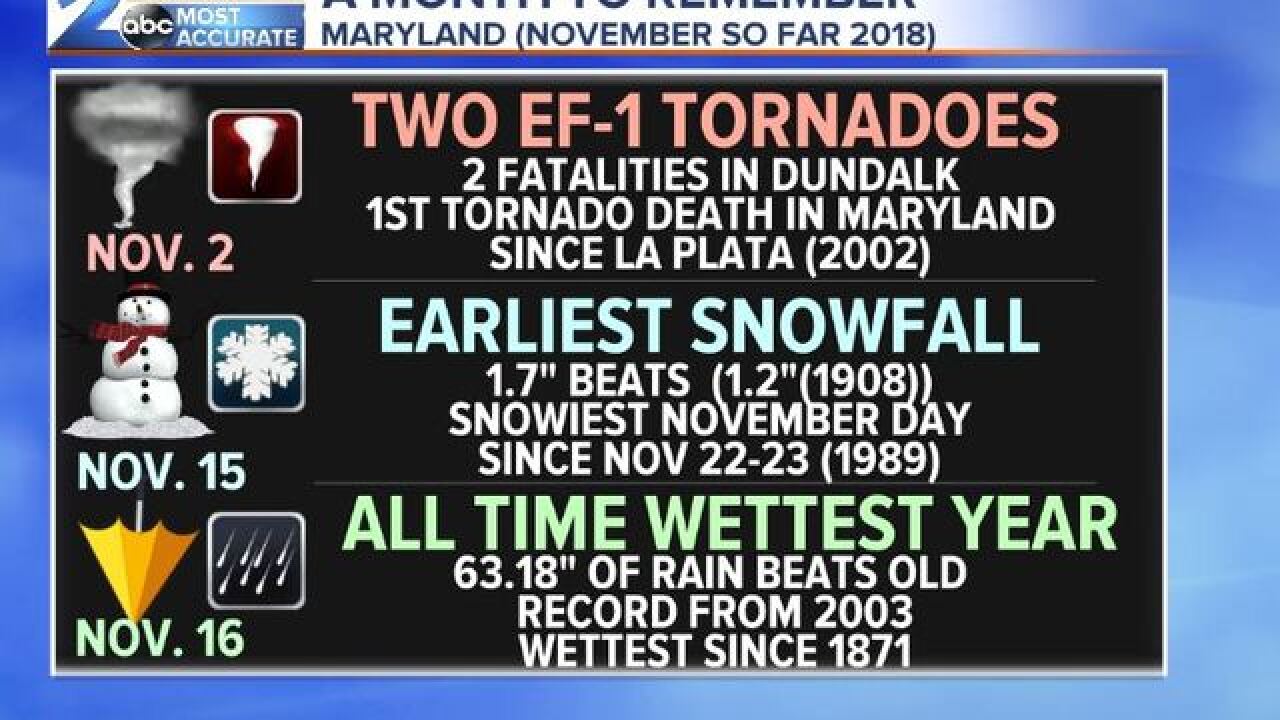 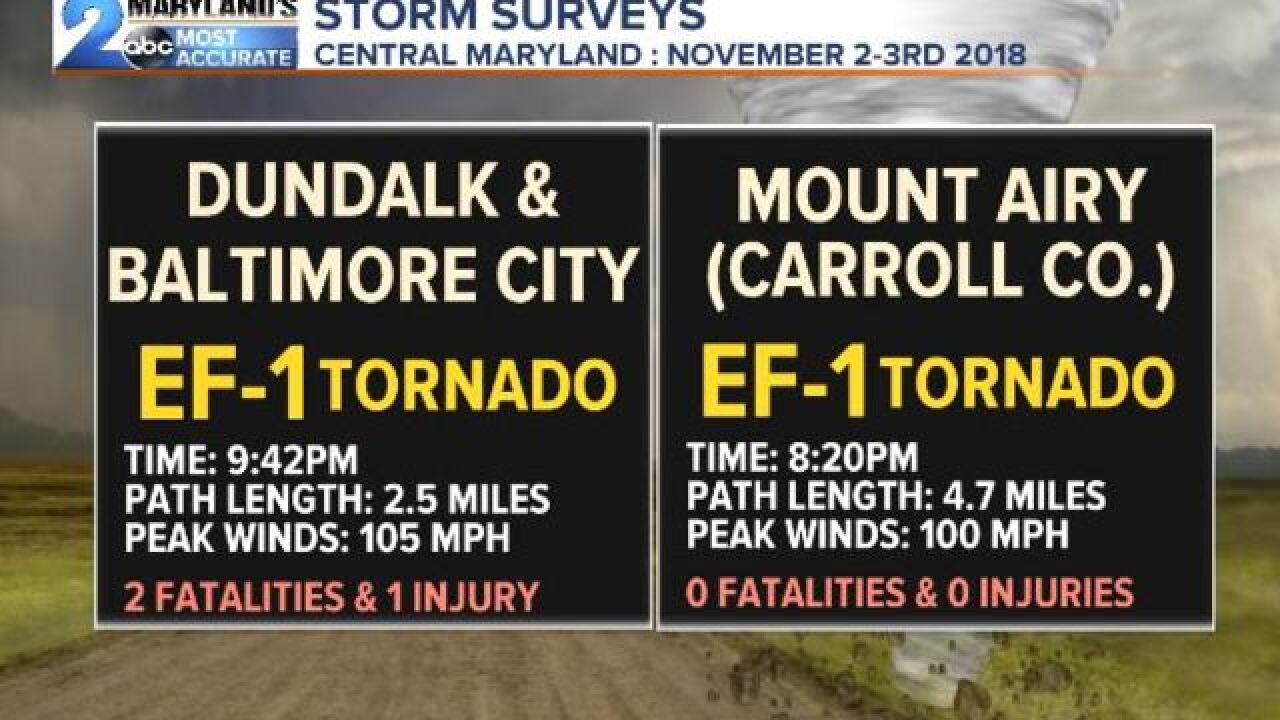 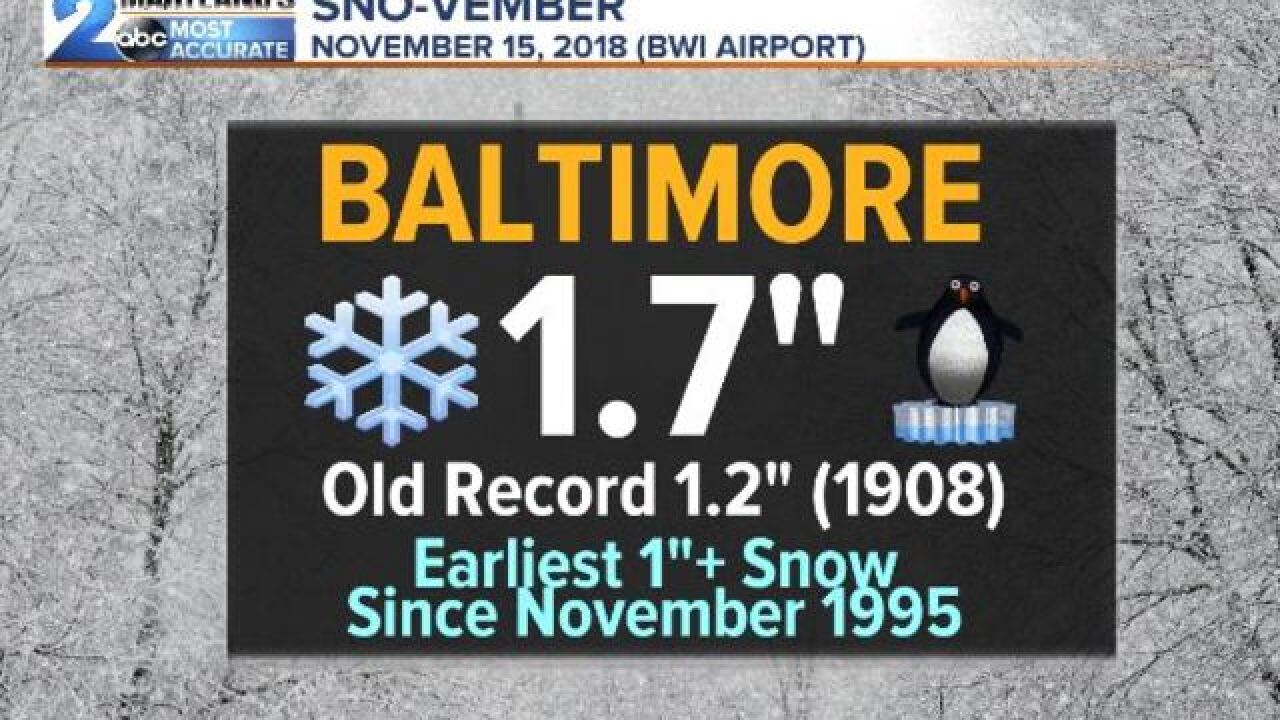 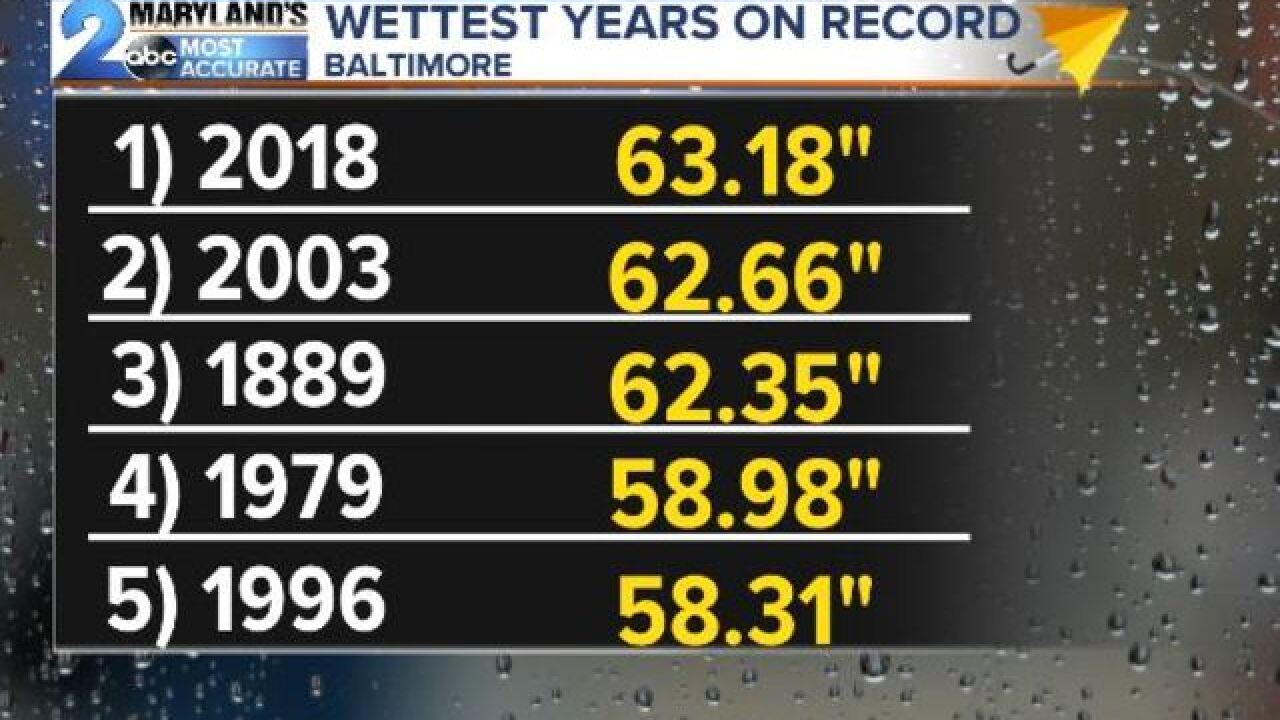 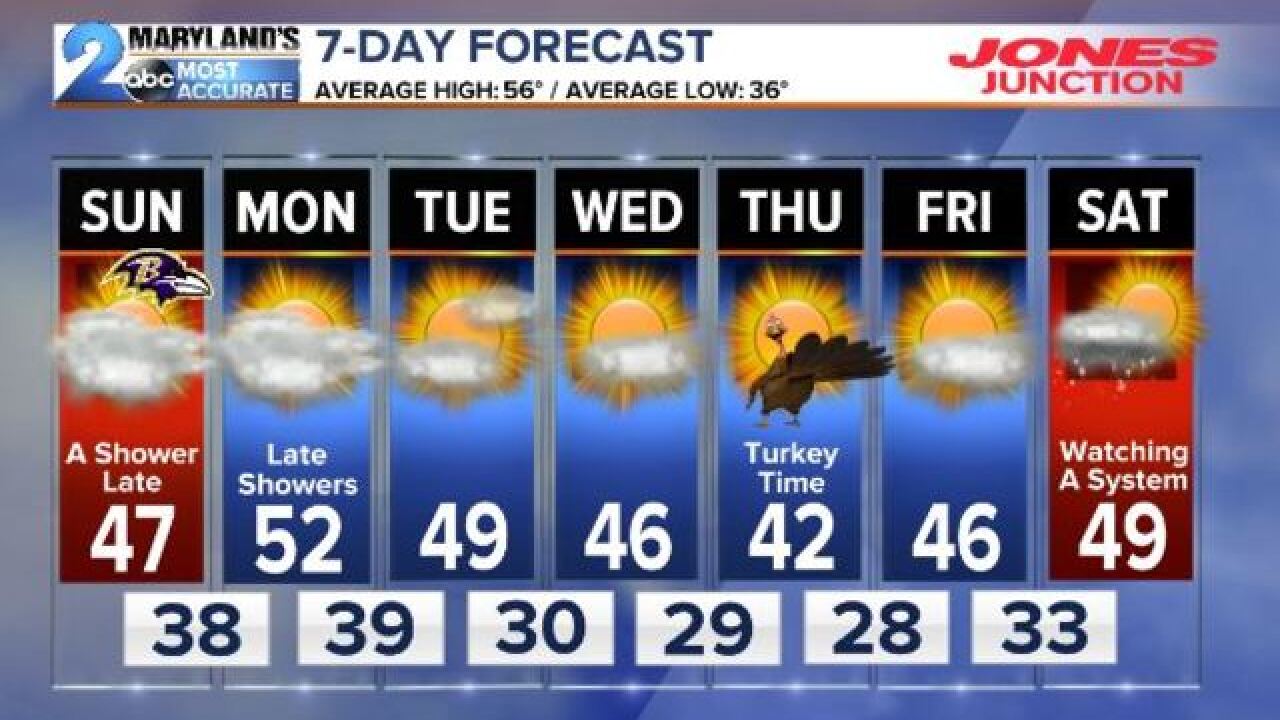 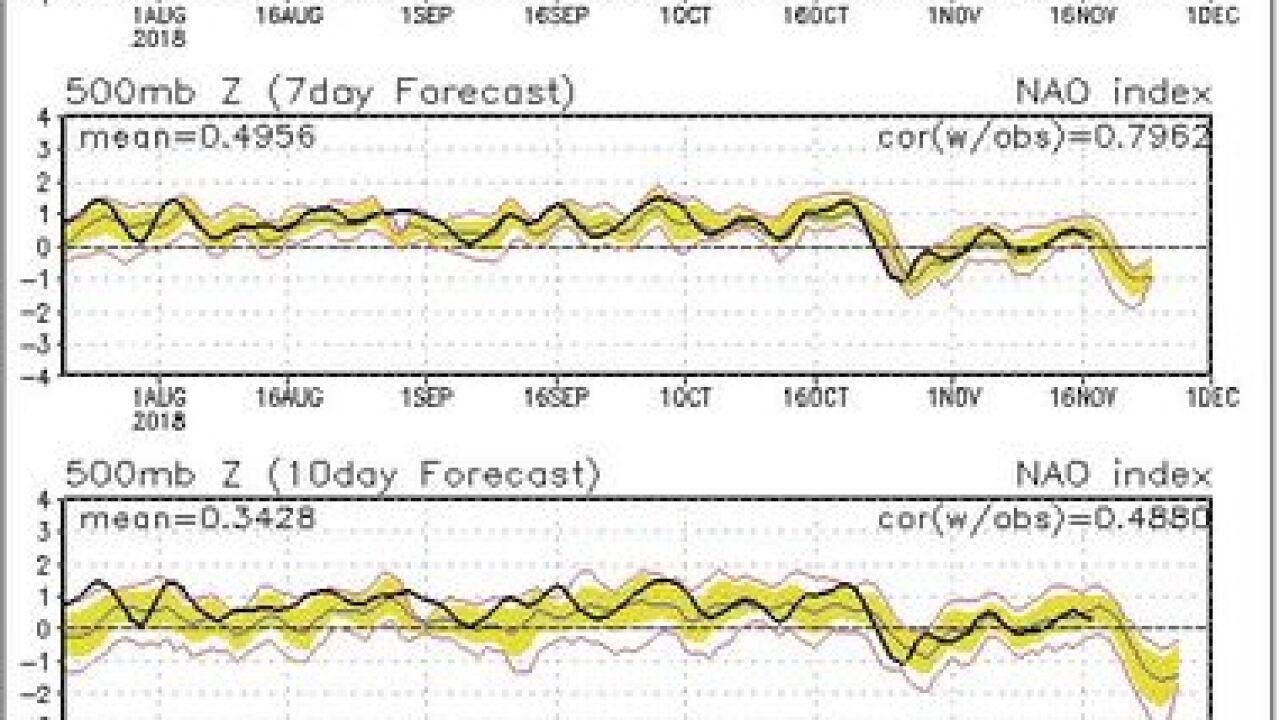 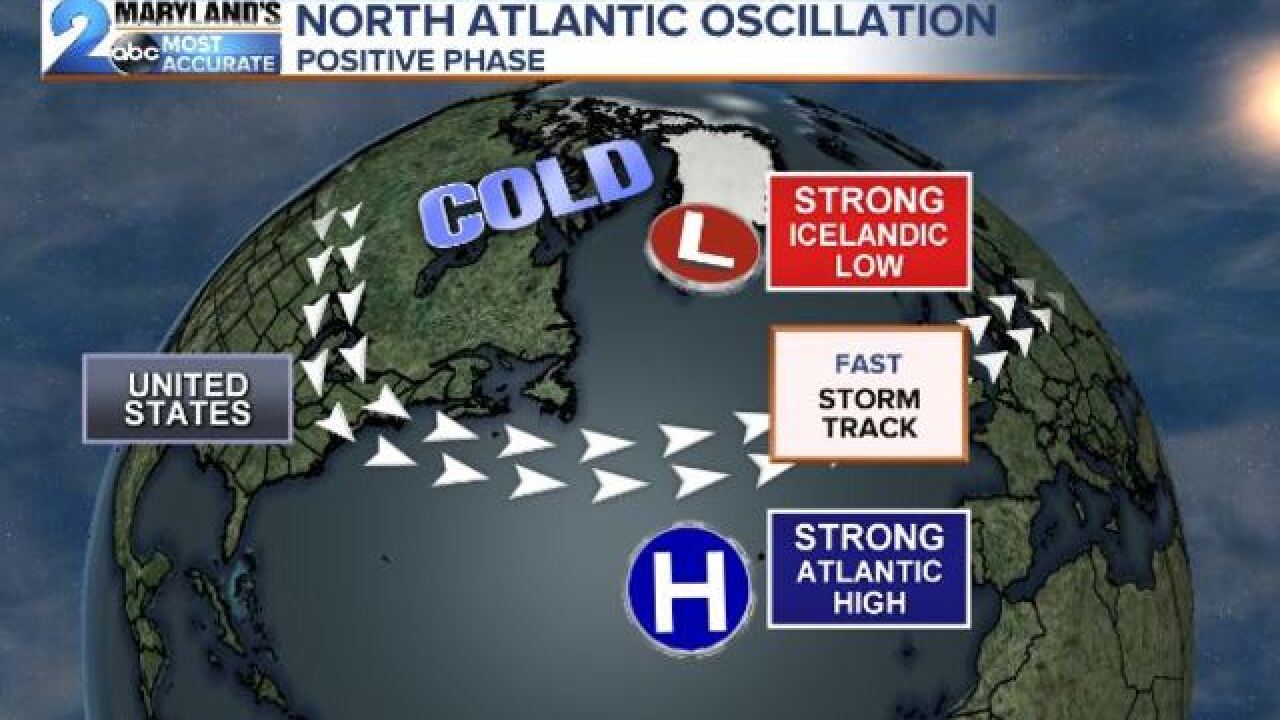 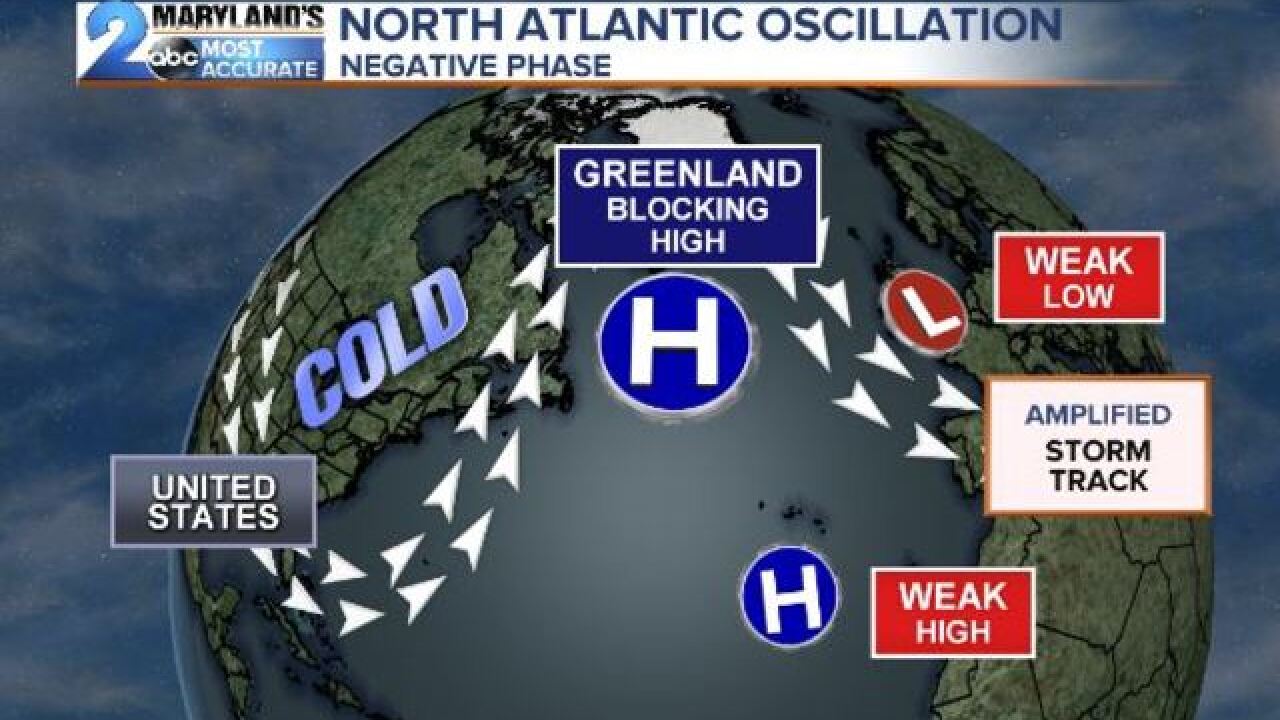 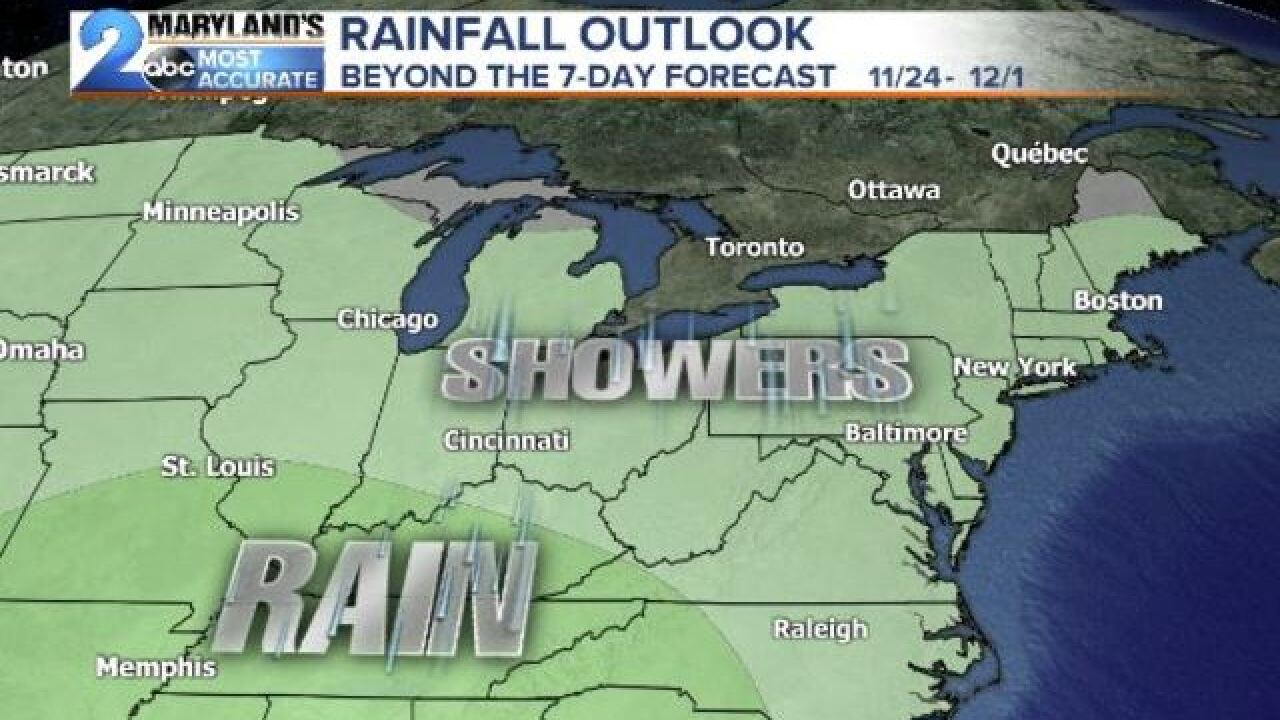 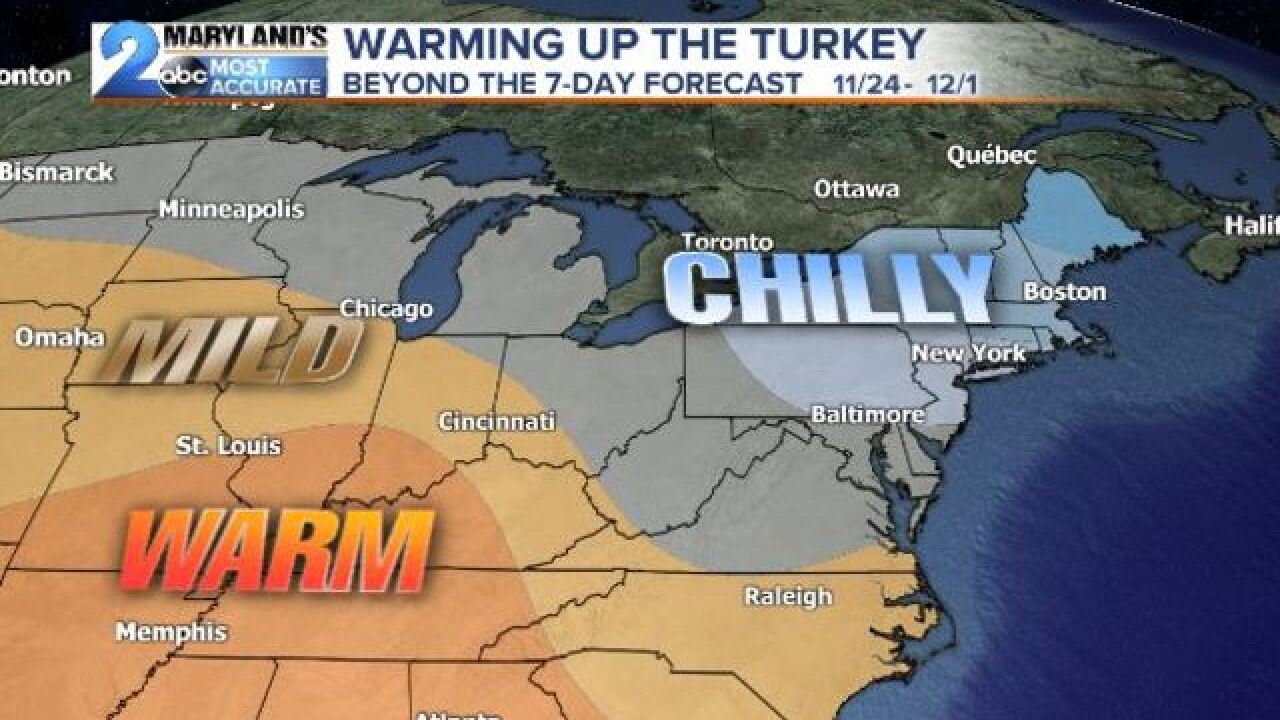 A month that many will not forget and maybe not see in again in Central Maryland. Two confirmed tornadoes, 1"+ snowfall before Thanksgiving, and now the all time wettest year on record. All you can say is wow as we just witnessed literally everything that Mother Nature has to offer.

So will this active stretch of crazy weather continue?

The answer is yes but for now things look quiet marching into the Thanksgiving holiday. Temperatures during this stretch will be at or below average with plenty of dry weather. Thanksgiving itself though looks cold with highs around 40 degrees and overnight lows in the 20s. Talk about frozen turkey!!!

From here is where things get active once again. Earlier this season we of course talked about El Nino and it's potential impacts for the winter season ahead. If you remember we specified that El Nino could lead to a more active jetstream which can lead to a stormier weather pattern.

Right now that's what we are starting to see. At the beginning of November when we had the tornadoes was the first signature of what was to come. Following that event cam a series of coastal storms that in turn produced this past Thursday's snow which was the earliest in over two decades.


Thursday's snow equivalent to liquid also set us over the hump for the wettest years ever in Baltimore since records were kept back in 1871.

Yes this week may be quiet for now but as we look ahead to late November and early December another coastal storm with wintry impacts could be on the horizon. Besides El Nino we look toward the oscillations under the ocean which transport cold and warm water around the globe.


These oscillations just like El Nino can alter the storm track as well as the placement of high and low pressure systems. One oscillation of importance here is the NAO or North Atlantic Oscillation. Right now it is tanking into a negative phase which can be seen on the graphic above.

So of course what does that mean since this graphic shows a bunch of lines going everywhere. Well when the NAO is in its negative phase it allows for a blocking high to develop up in Canada and Greenland which shifts cold air into our neighborhood. At the same time the jet-stream is pushed along the coast where ample moisture is available and with cold air in place can equal big time winter storms.

The pattern is flipped when the NAO is in its positive phase leading to a less active storm track with only minor pushes of cold air.

As it stands now the weather pattern remains active. For those of you who like snow and rely on snow for business this could just be your year. Only time will tel but as the data above reflects we just can't take Mother Nature for granted especially in what looks to be an action packed weather finish to 2018.

For more on this evolving forecast don't forget to download our free WMAR2 News available at the Apple/GooglePlay store.