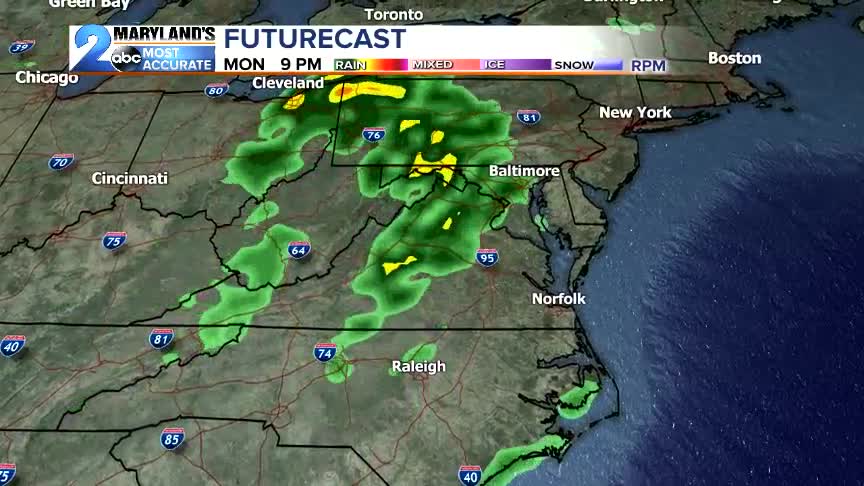 We dodge Florence now but her remnants move in next week. 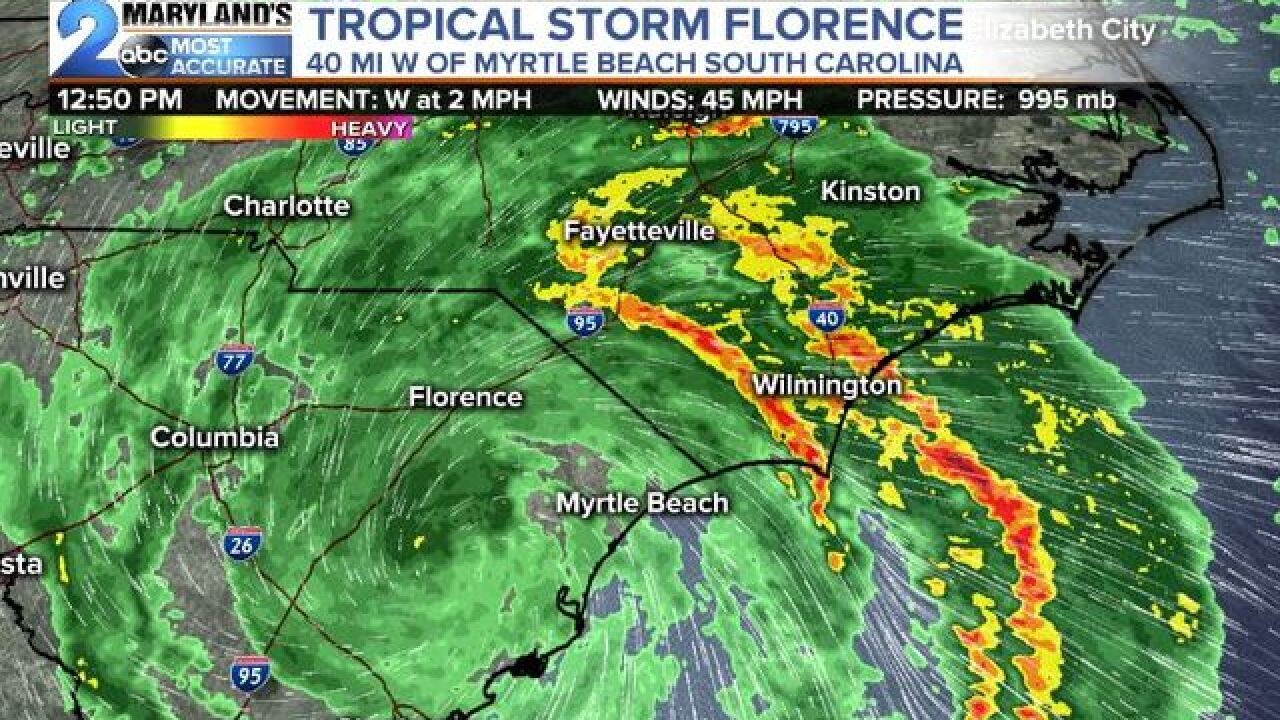 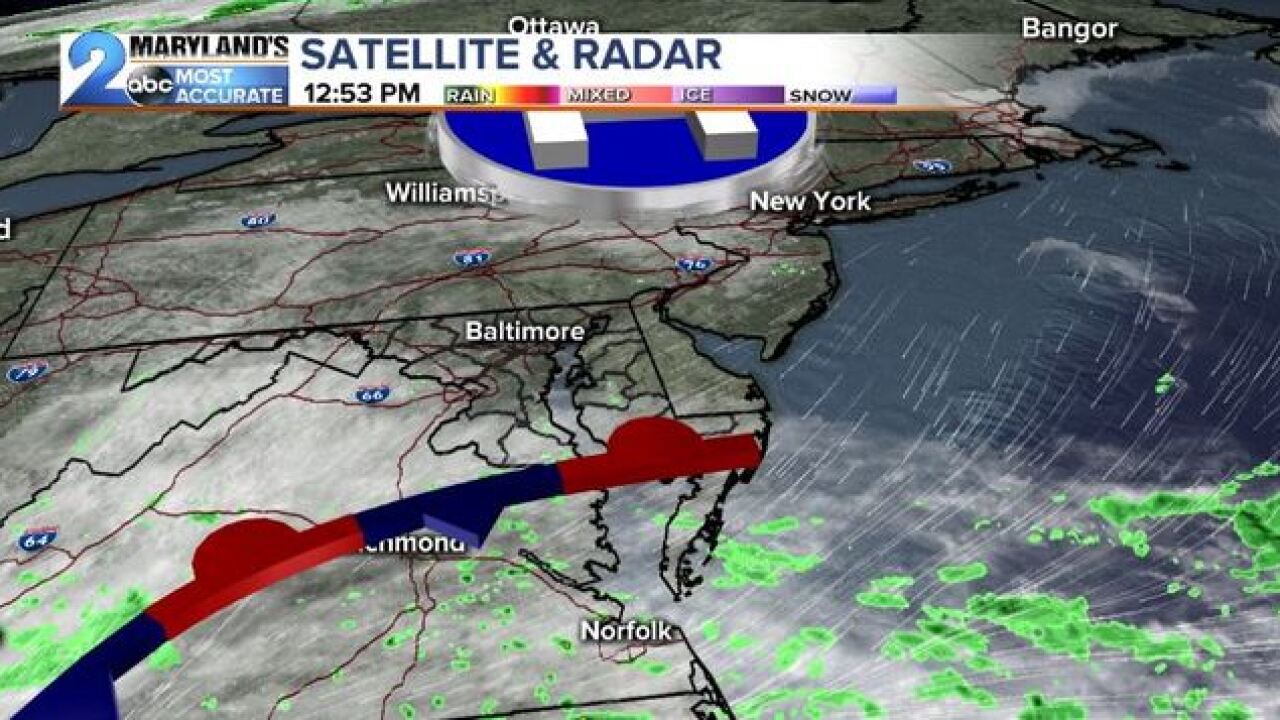 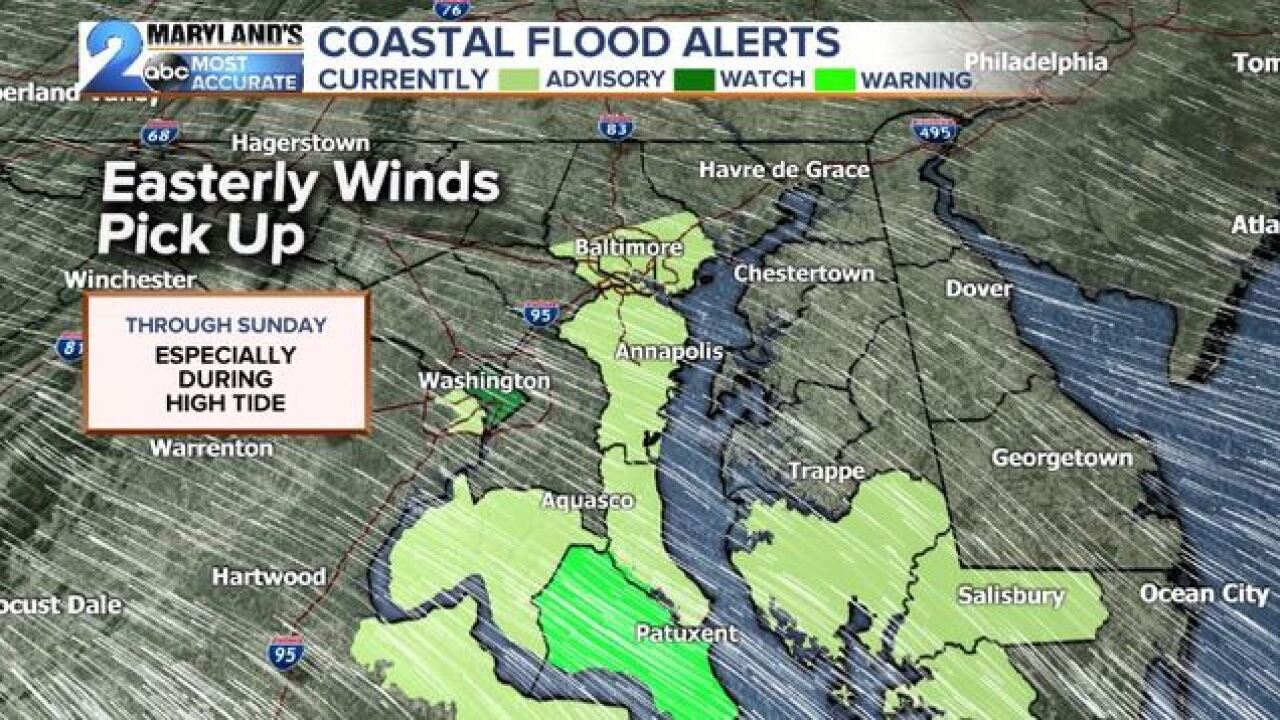 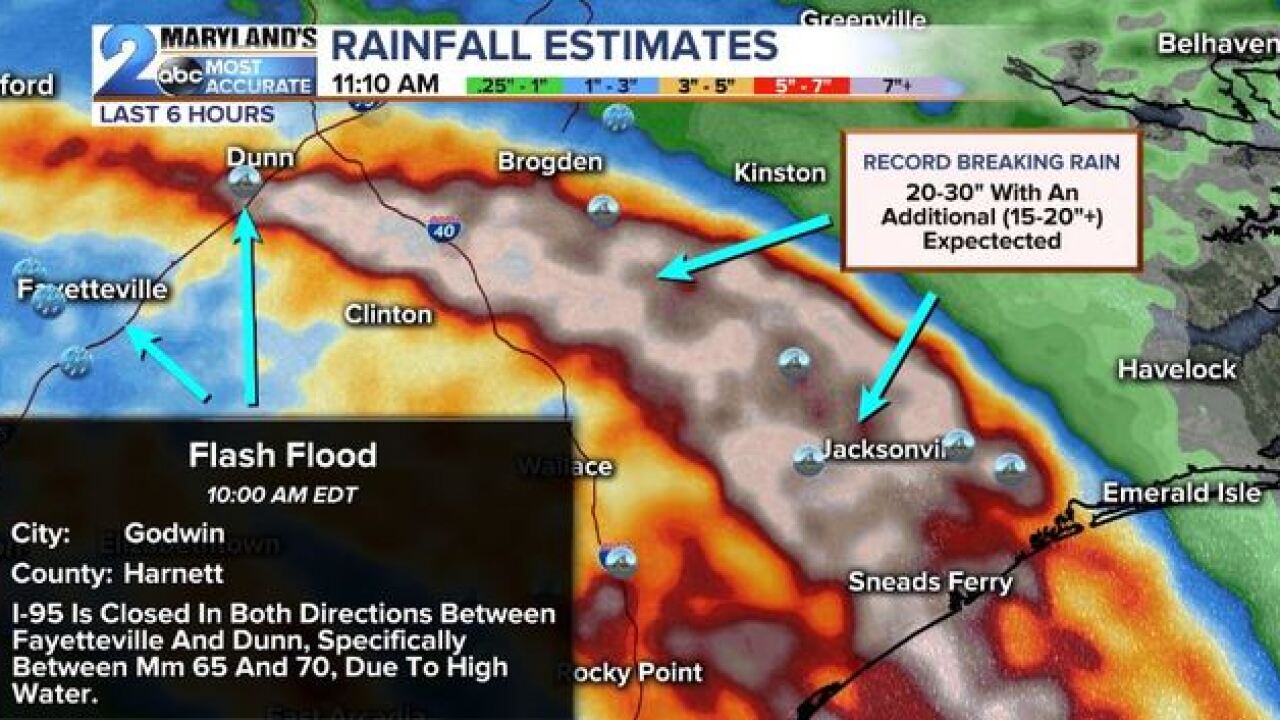 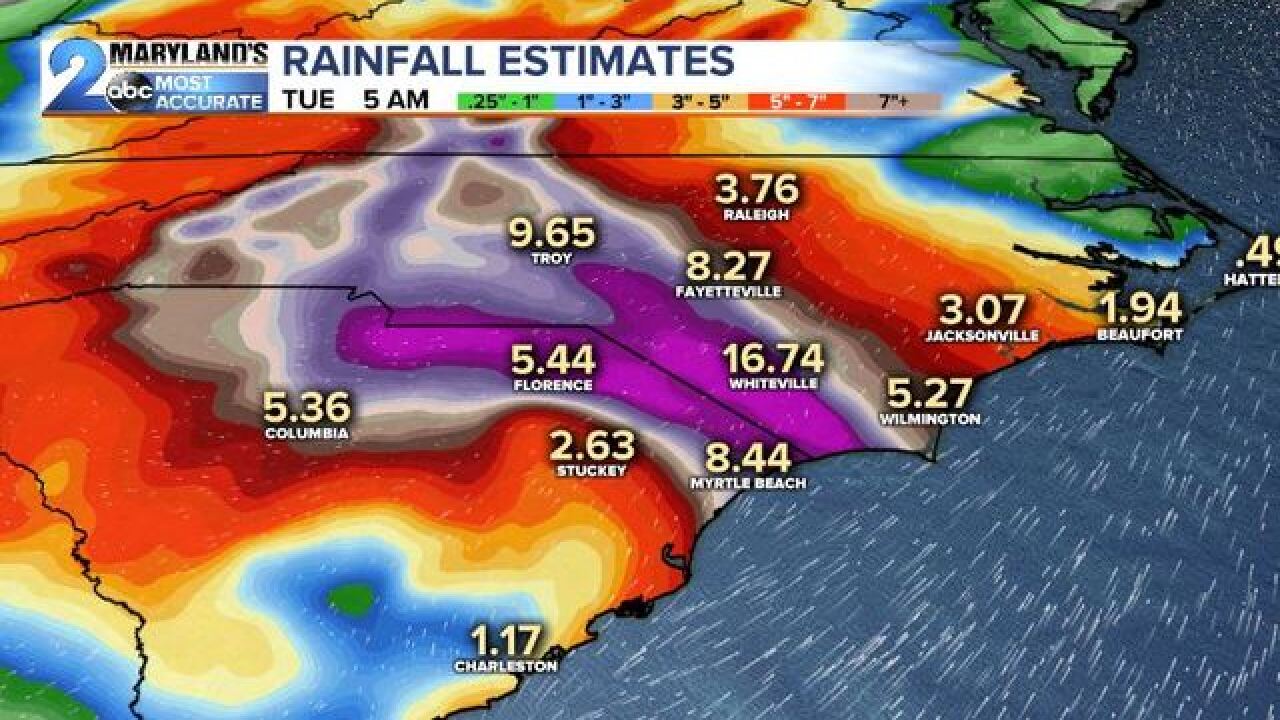 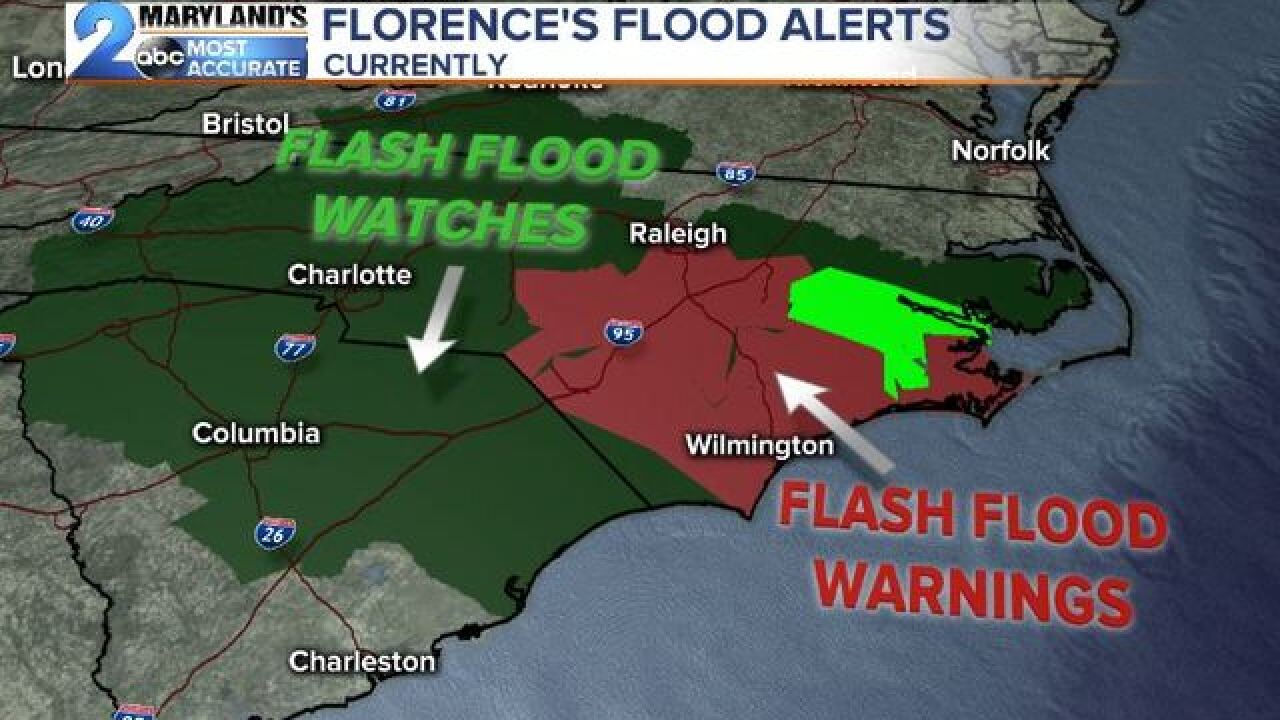 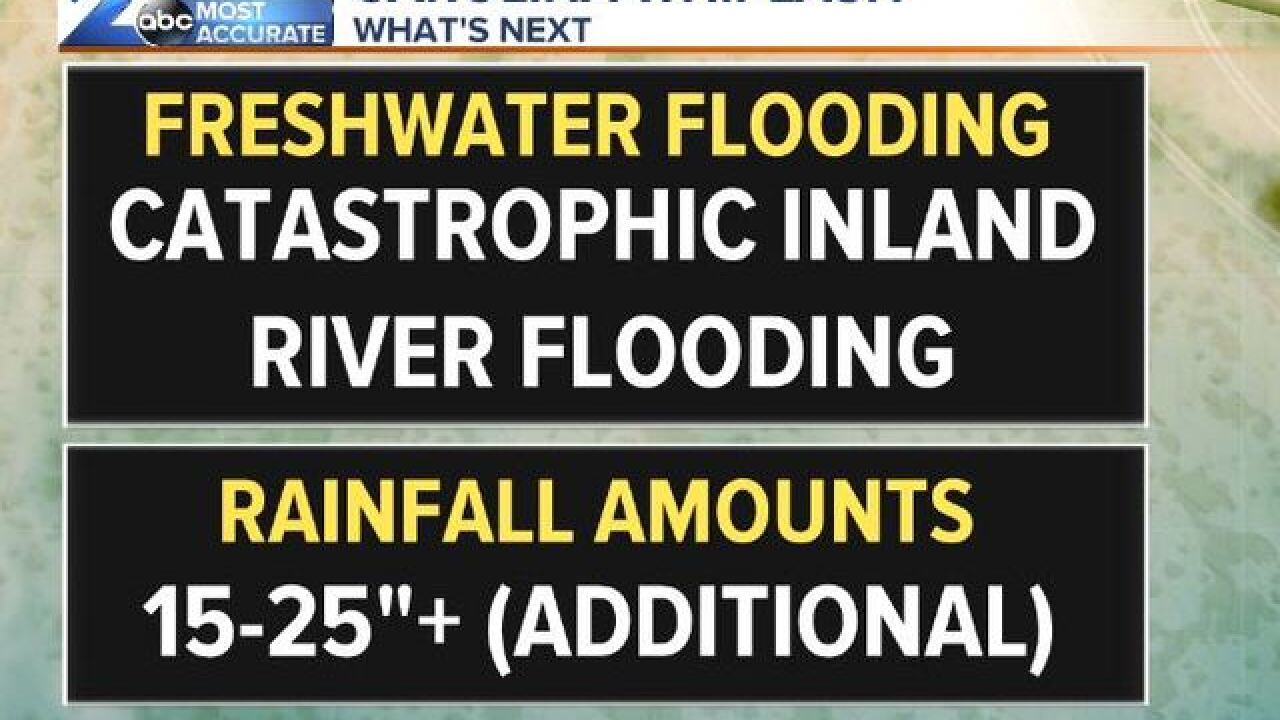 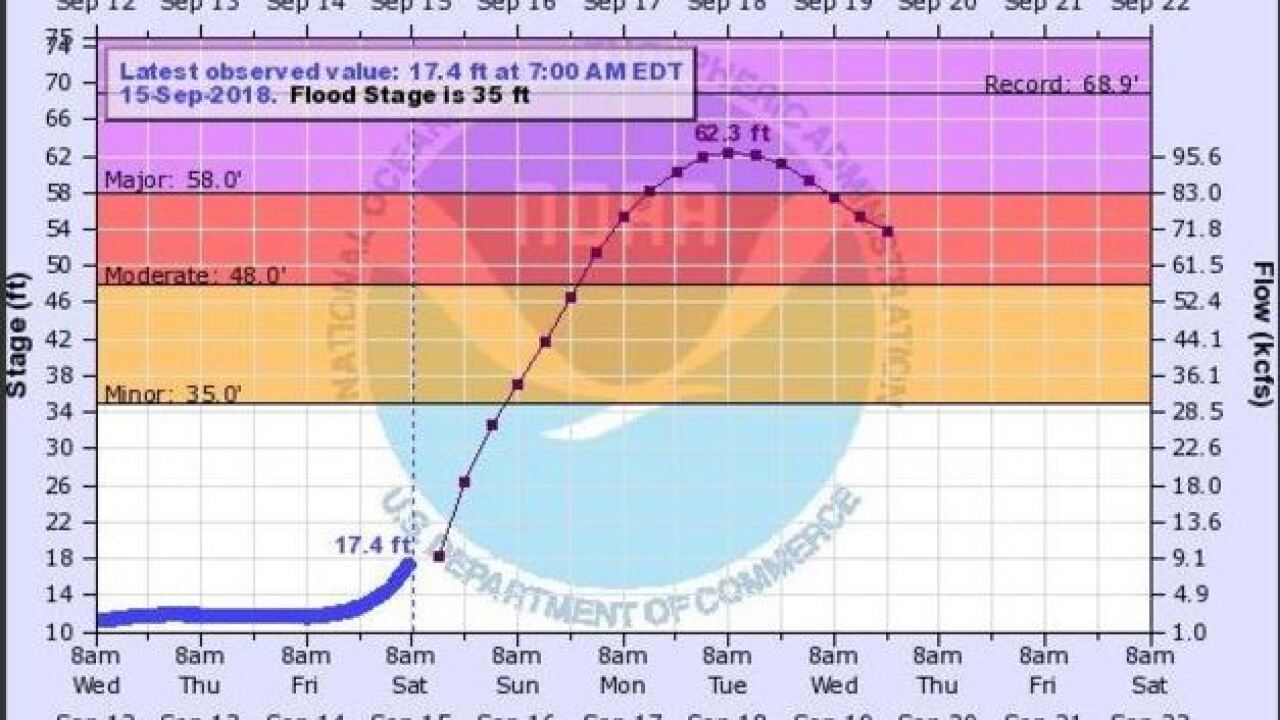 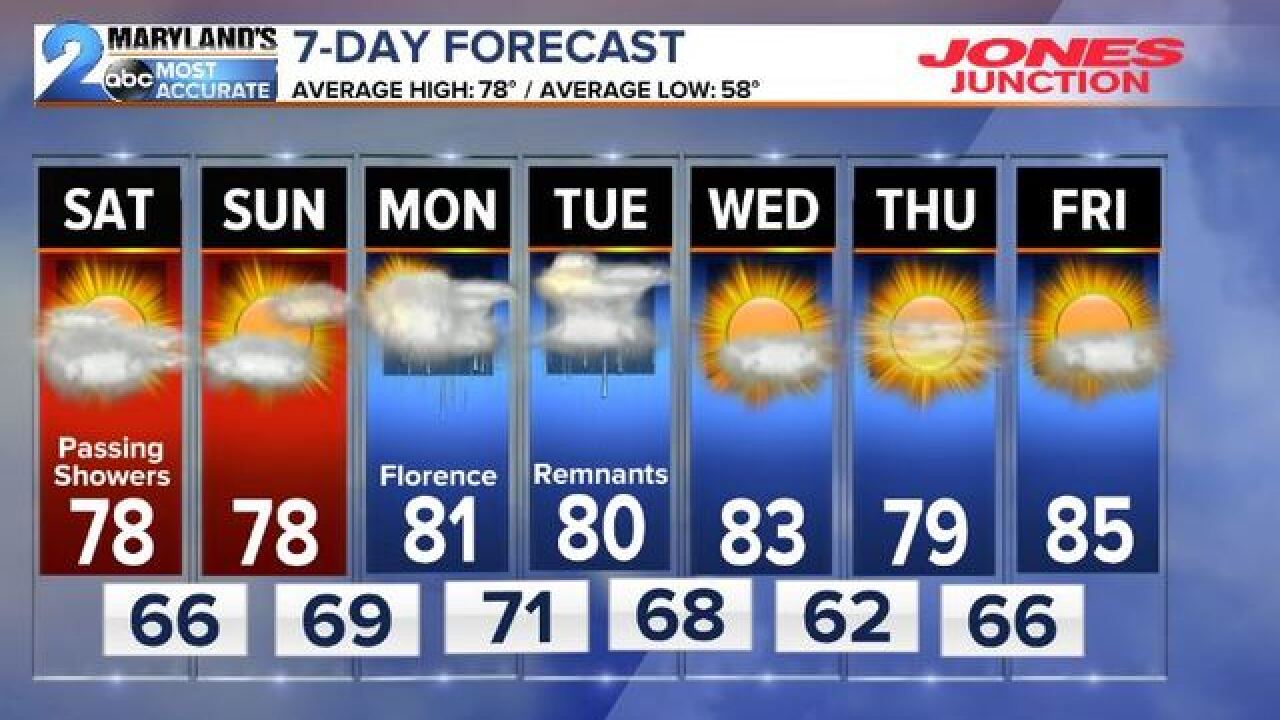 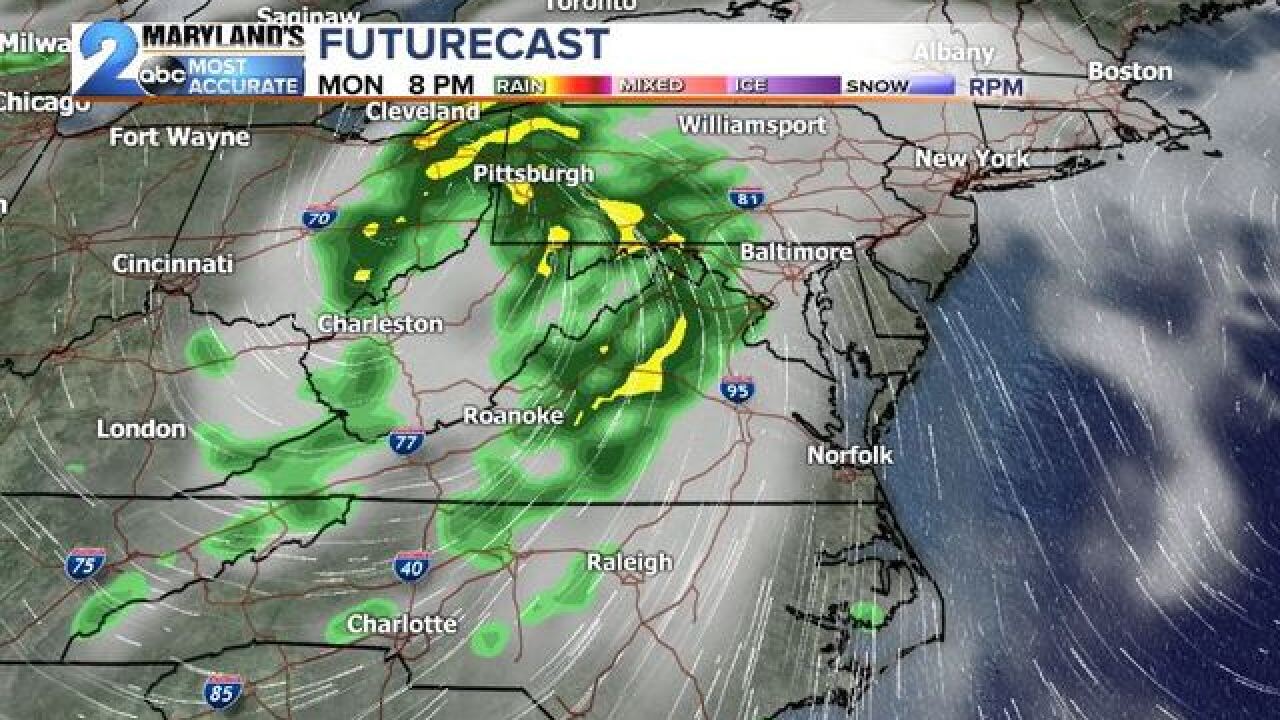 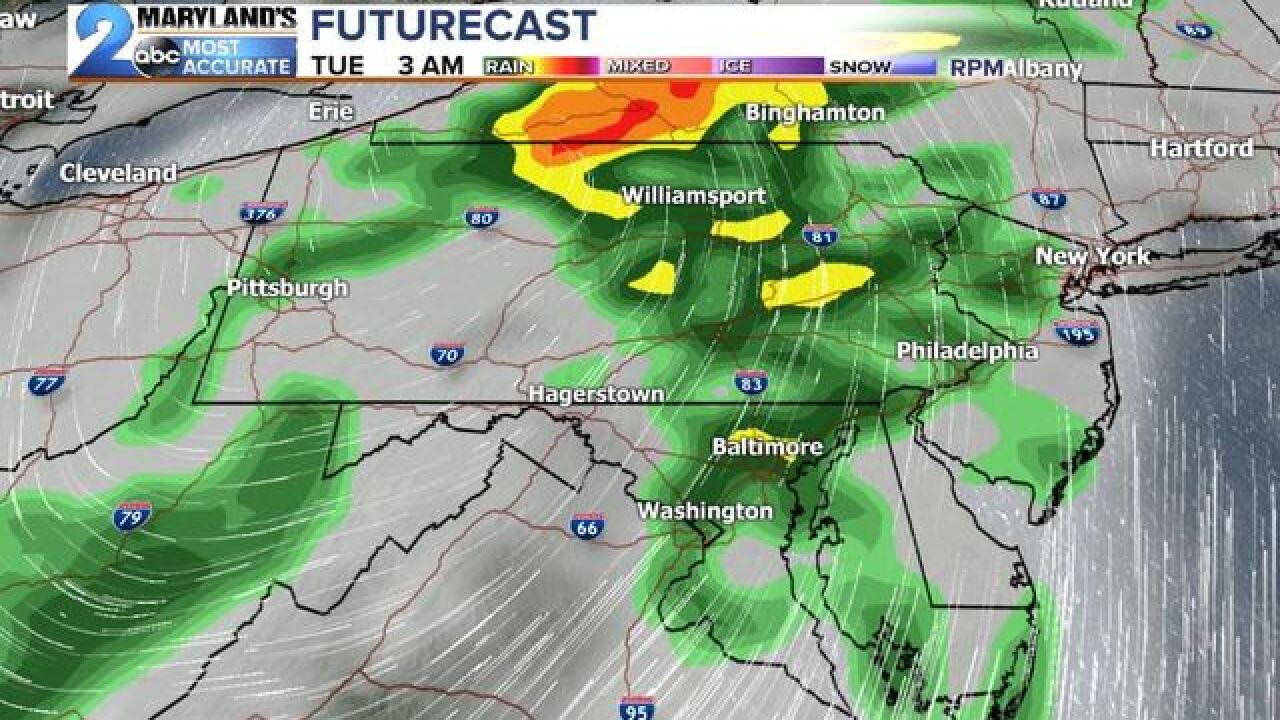 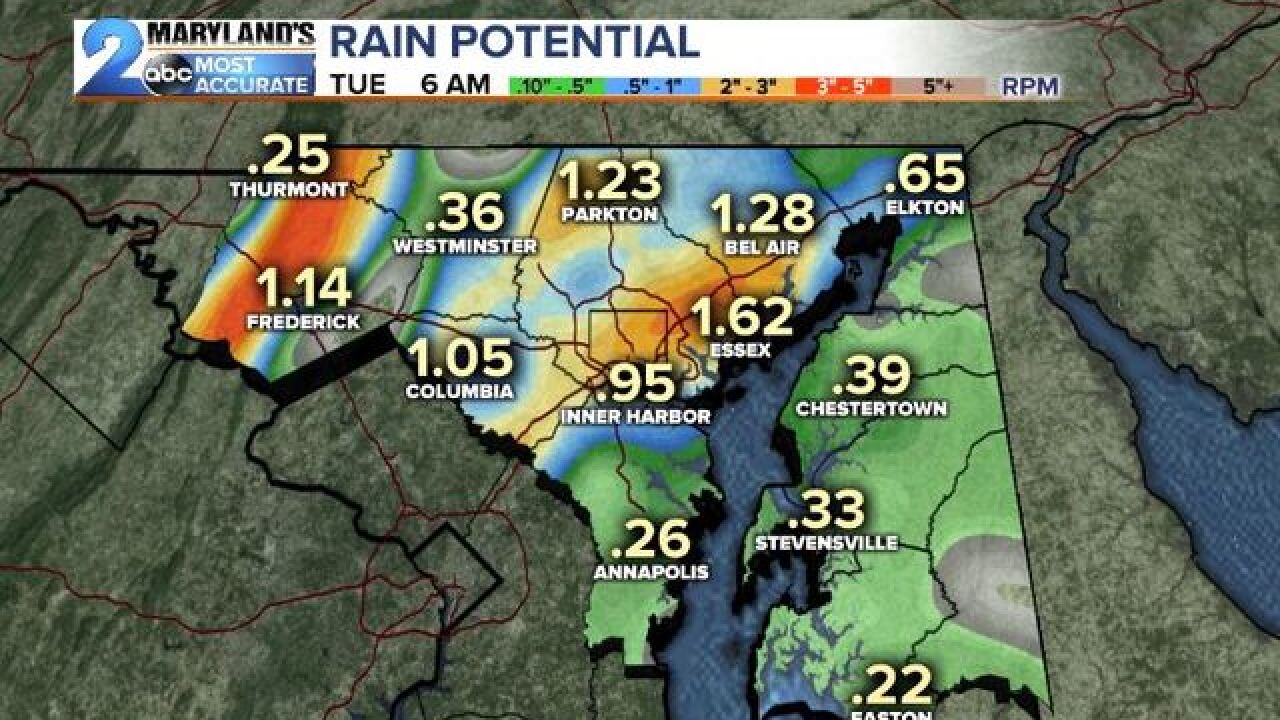 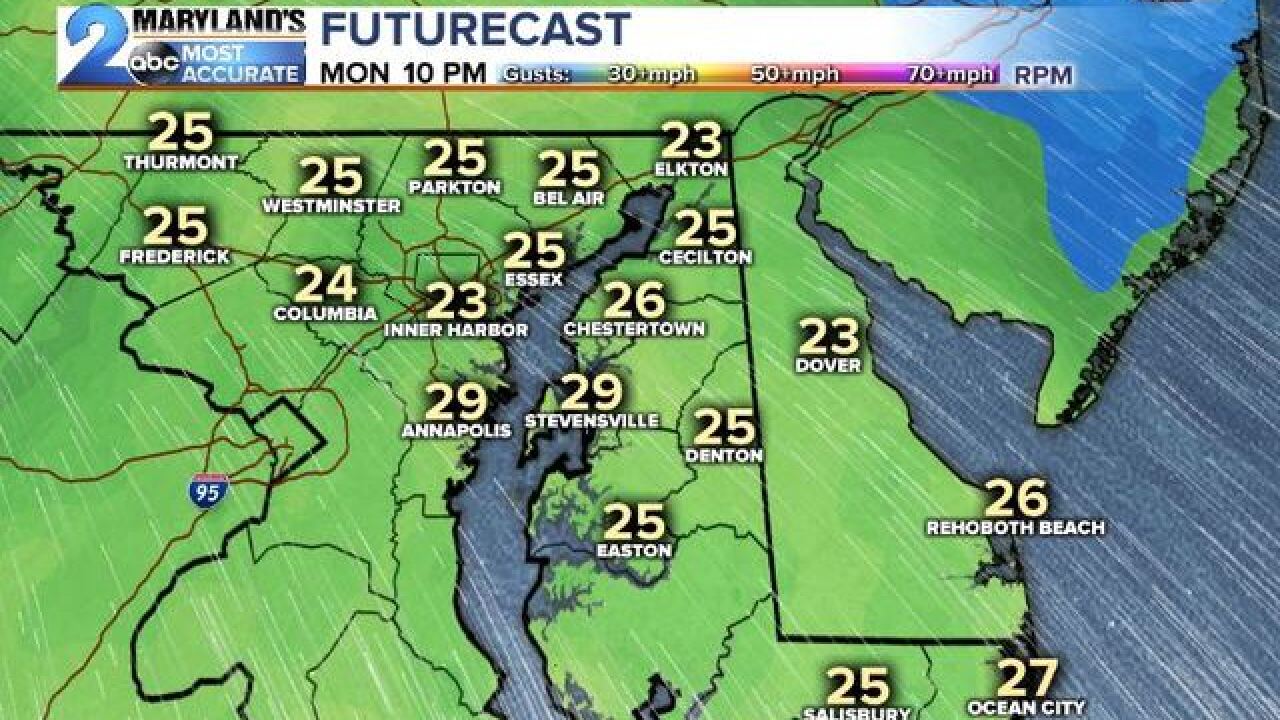 We may have dodged Florence for now in central Maryland but she is likely to make a cameo appearance early next week. So far so good though for our weekend as high pressure to the north and a stationary boundary to our south act as barriers to Florence's northern flank.

Even with protection we still feel some of Florence's influence. The sunshine may be out but coastal flooding within the Chesapeake continues as a result of strong easterly breezes sloshing extra water toward the shoreline especially at high tide.

This in turn results in minor coastal flooding woes in low lying areas from Havre de Grace all the way down to Annapolis. The lower Eastern Shore looks to have the worst coastal flooding concerns since they are closer to the storm and wind itself funnels the water differently based upon the geographical representation of the land.

All in all our impacts are minimal compared to what is going on in the Carolina. 20-30" of rain have fallen in many locations over the last 36 hours with an additional 15-20"+ of rain expected through Monday.

This has led to a good chunk of southeast North Carolina being placed under Flash Flood Warnings/Emergencies while inland locations remain in Flash Flood Watches. Since the storm has slowed down water inundation continues to be the biggest issues. As Florence slowly chugs west major rivers will begin to flood at catastrophic levels.

One example of this is in Fayetteville, NC where the Cape Fear River could rise as high as a 4 story building in the next 2 days ahead.


So could we see the same with Florence's remnants early next week?

The answer is NO. Monday and Tuesday will feature periods of heavy rainfall with winds gusts to 30 mph.

Yes we could see some stronger  storms mixed in with a few higher gusts but nothing remotely to what they are seeing south of us. The storm will be weakening as it is sucked into the jet stream. Most of this will occur to our west where higher rainfall totals and winds are expected. Localized flooding cannot be ruled out along with additional coastal flooding concerns.

Severe Weather: Early call shows general thunderstorm concerns with one or two at severe limits.
Winds: Sustained at 10-15 mph with gusts of 30-40 mph Monday into Tuesday. Some local gusts especially west and over the Eastern Shore 35-40 mph