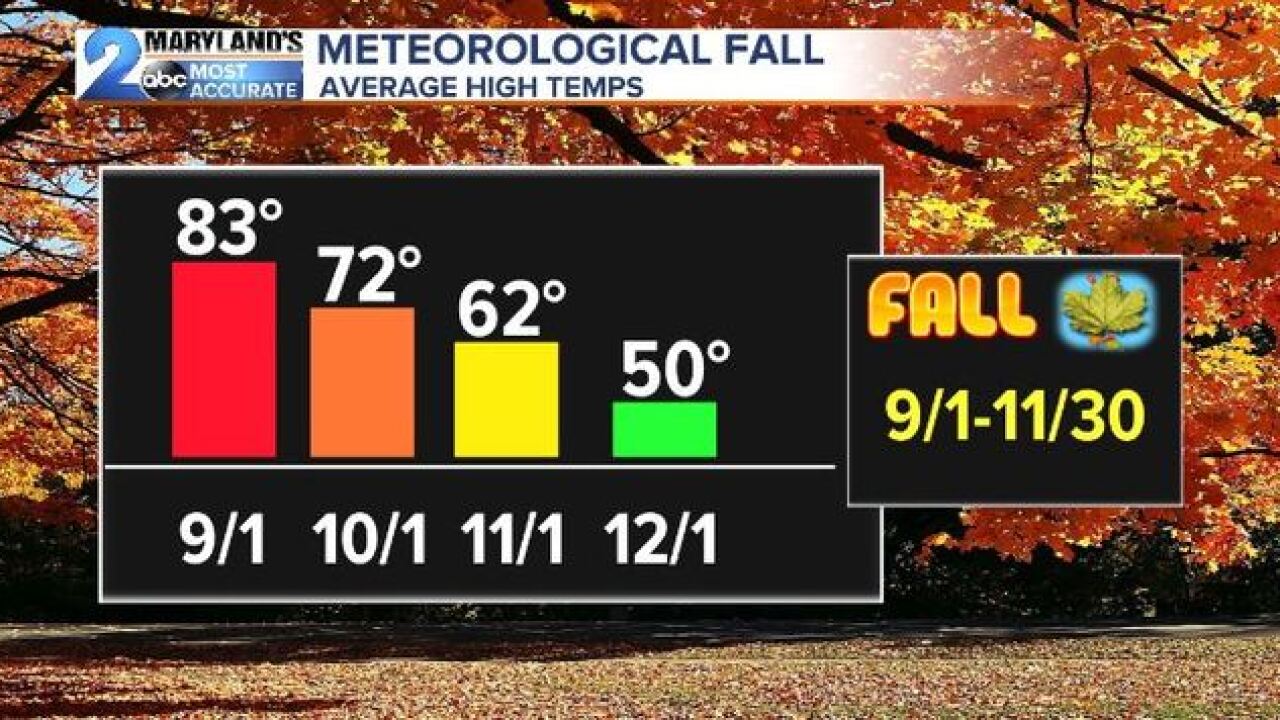 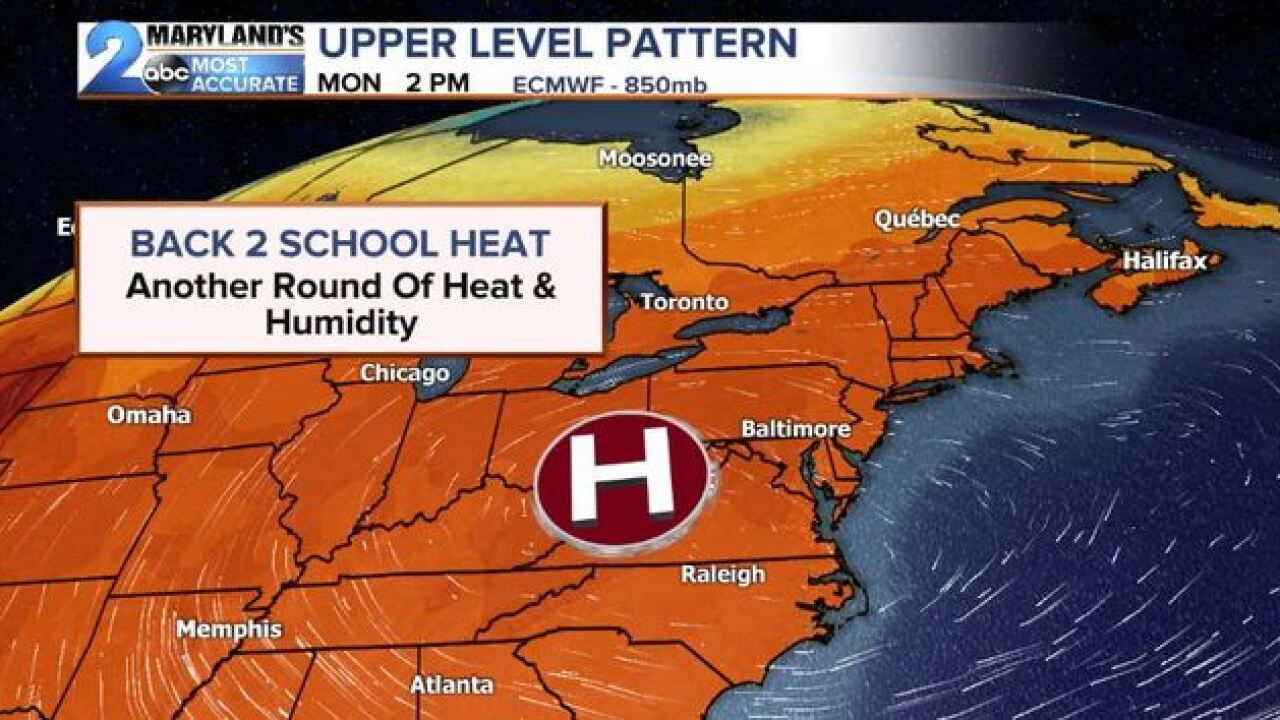 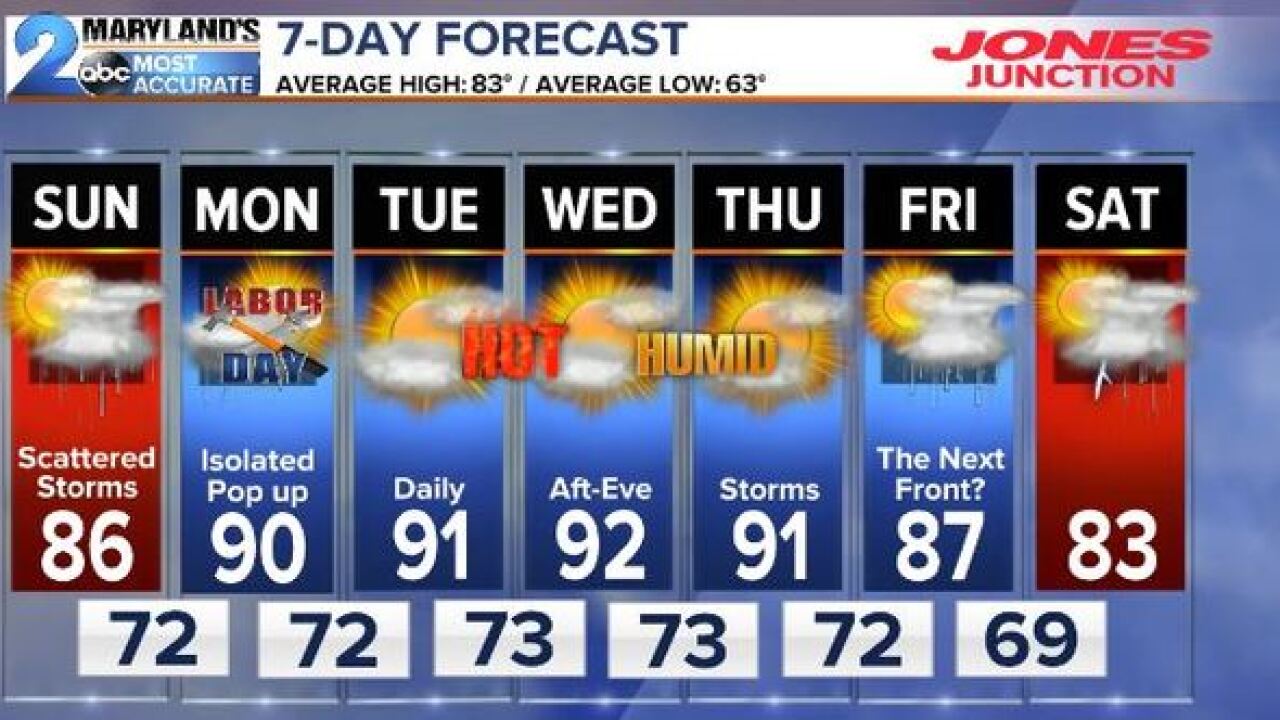 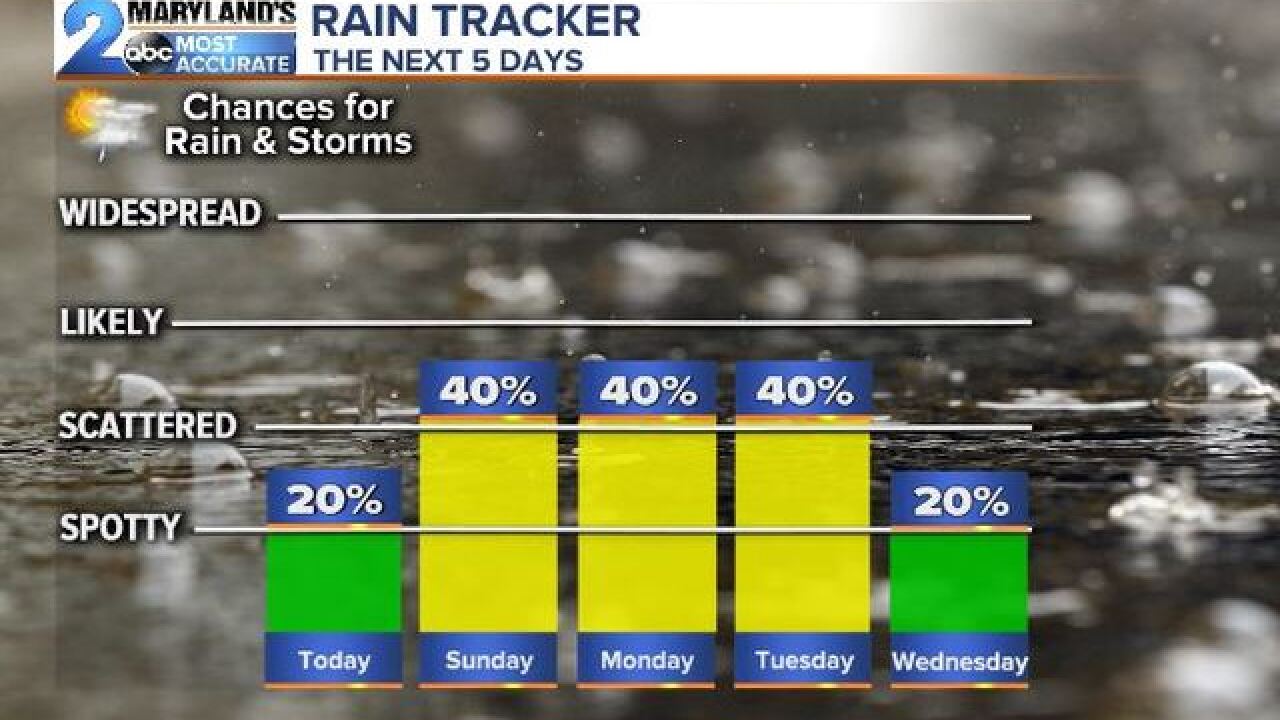 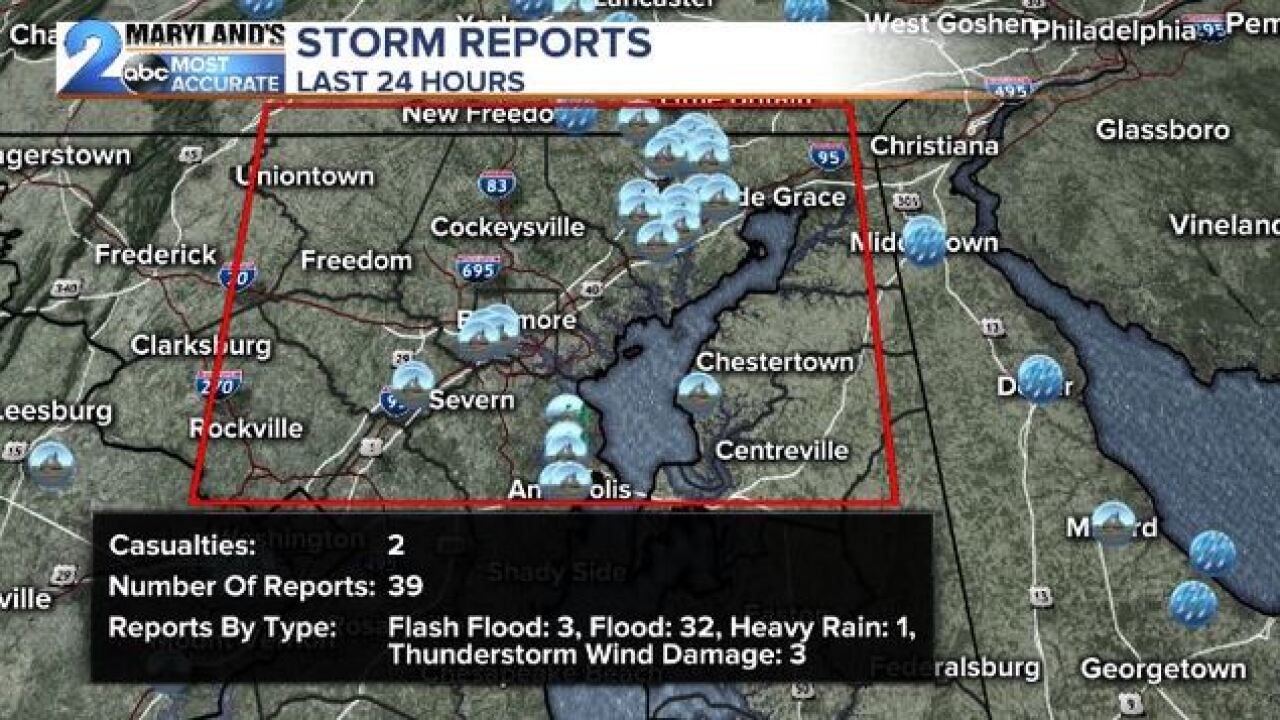 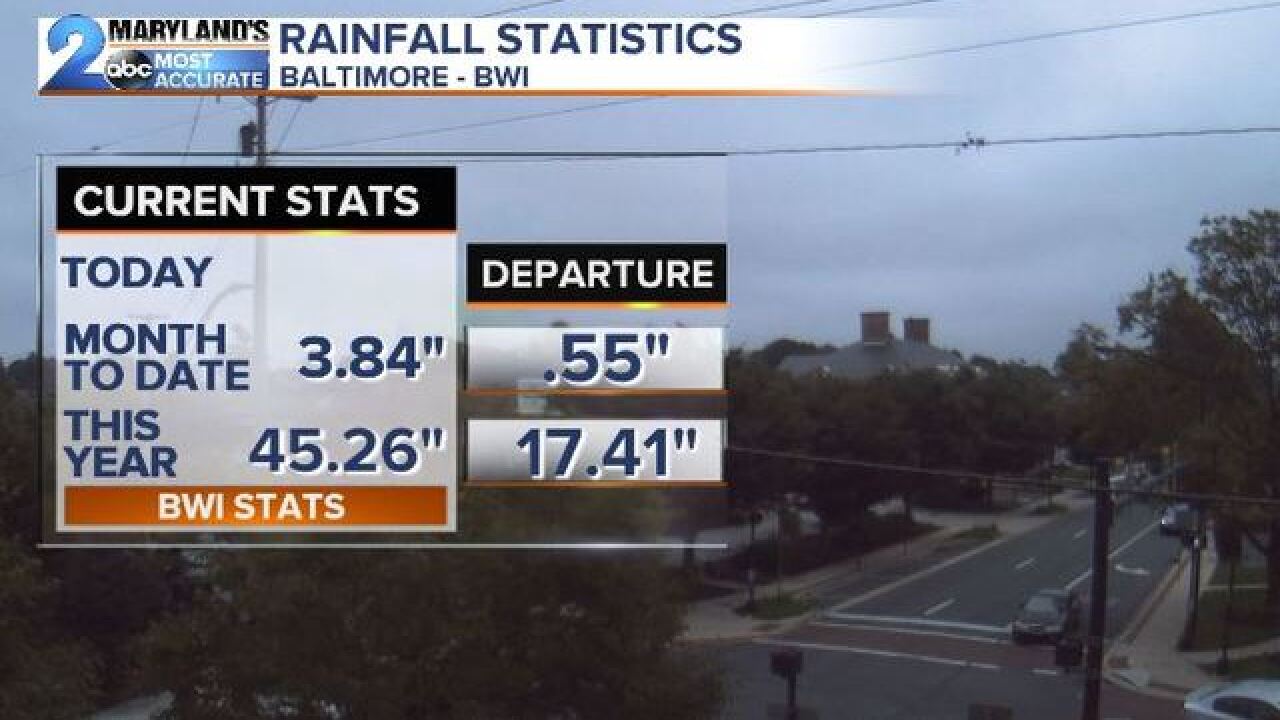 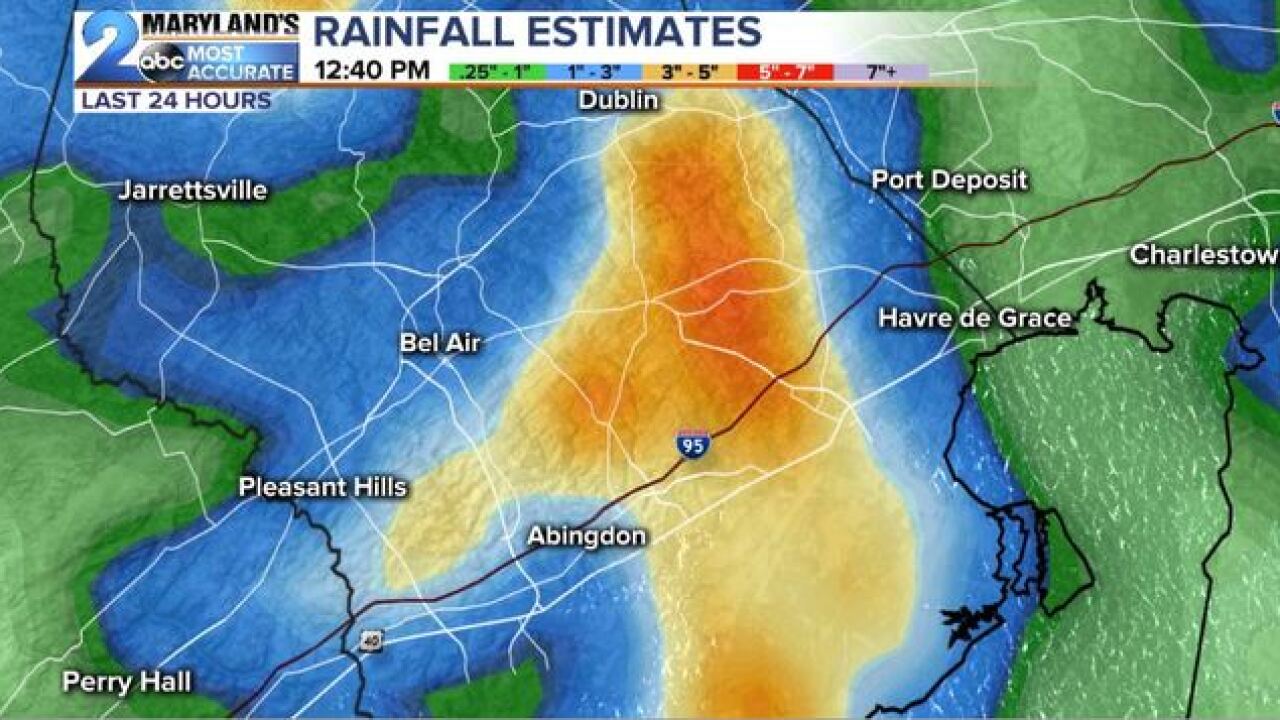 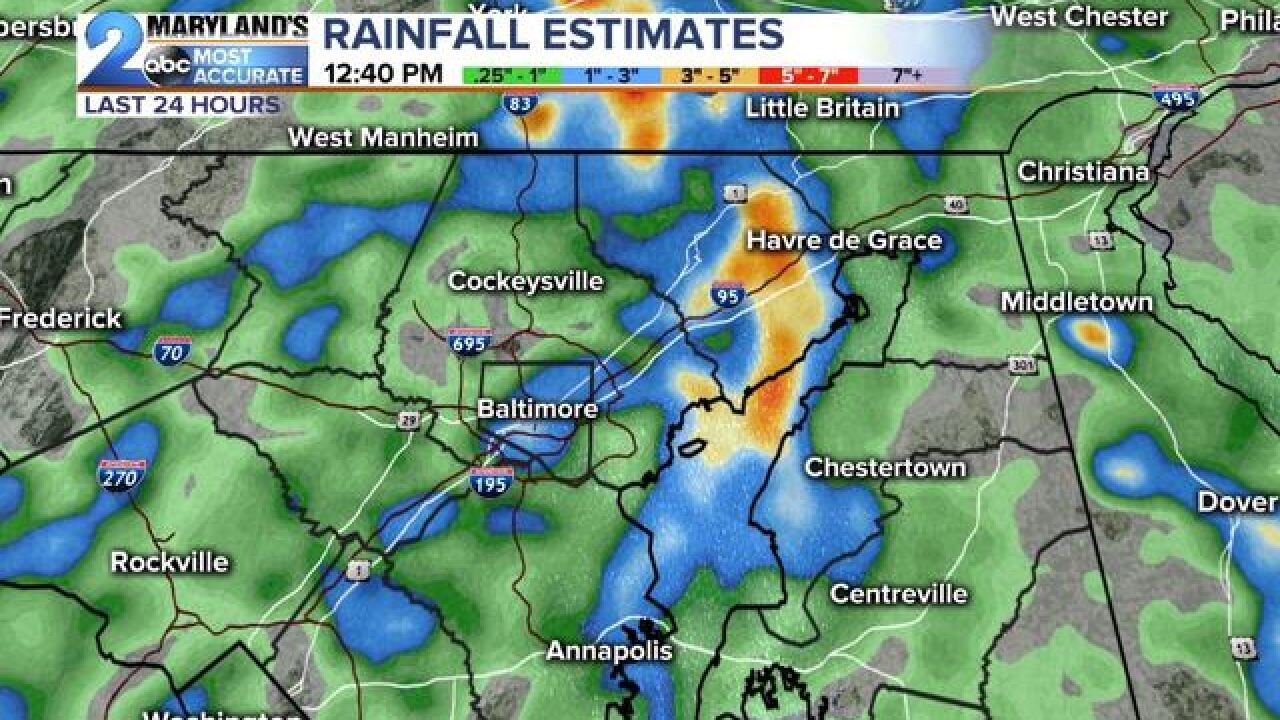 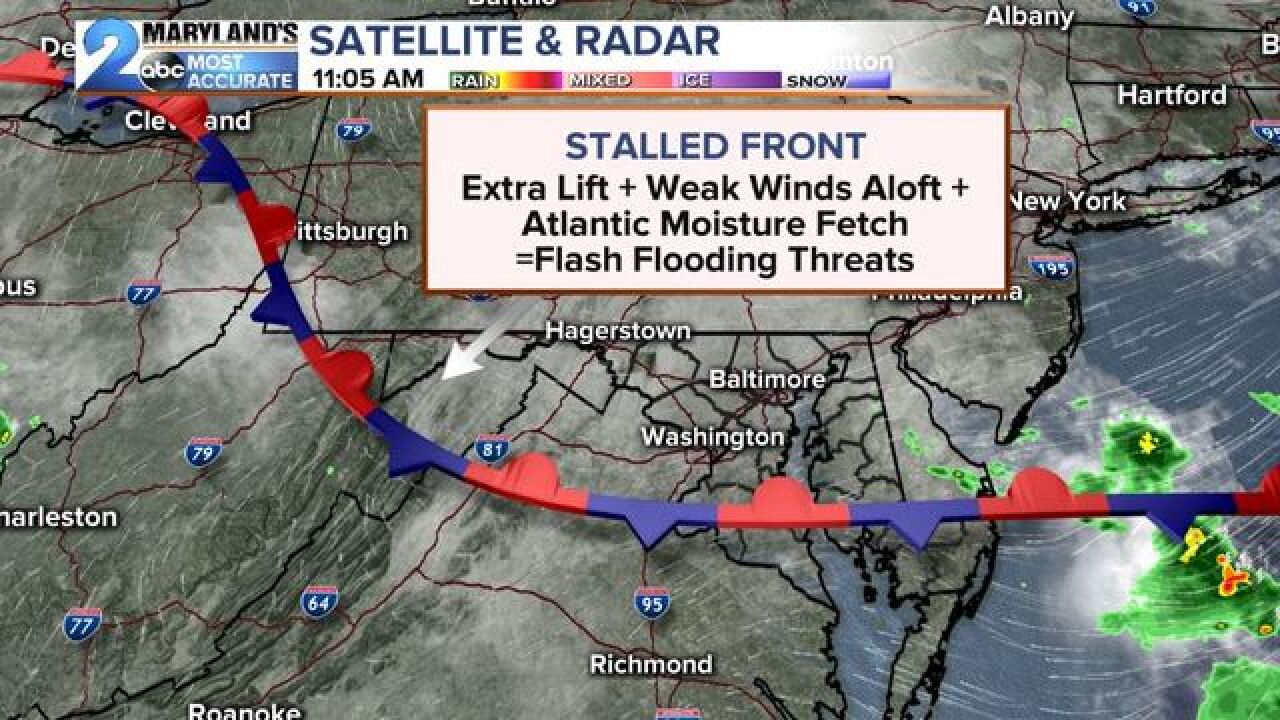 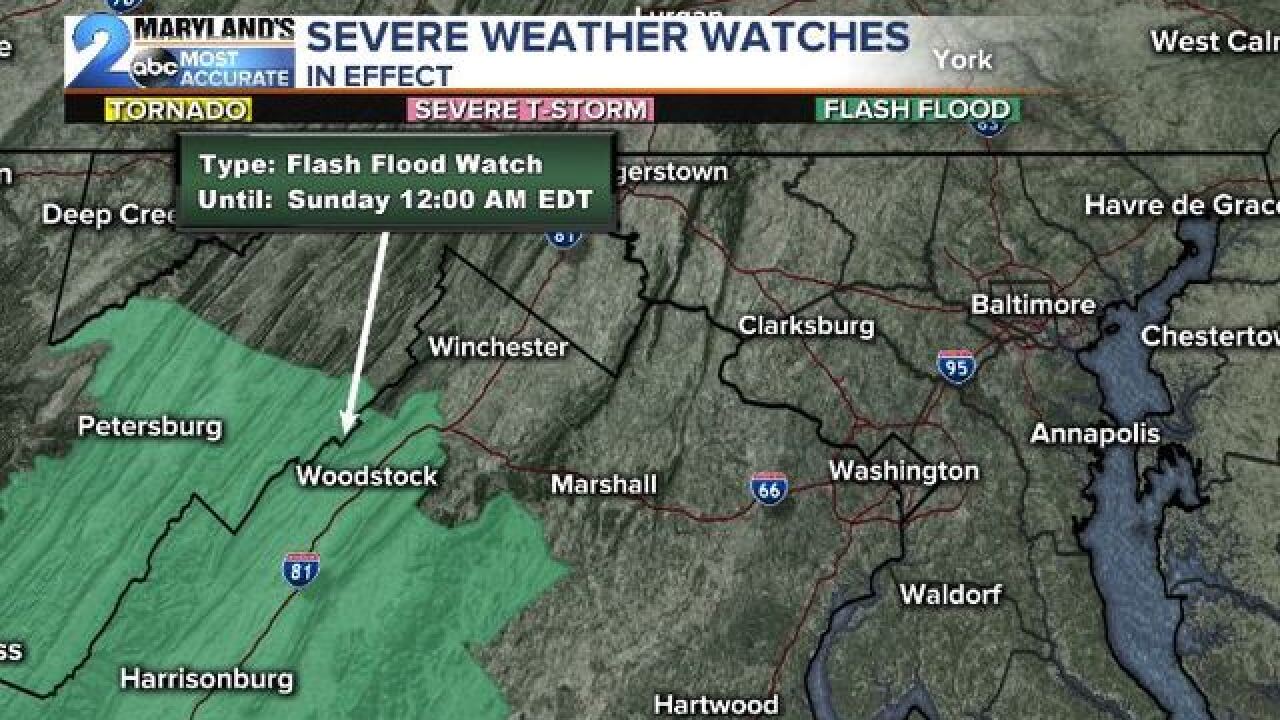 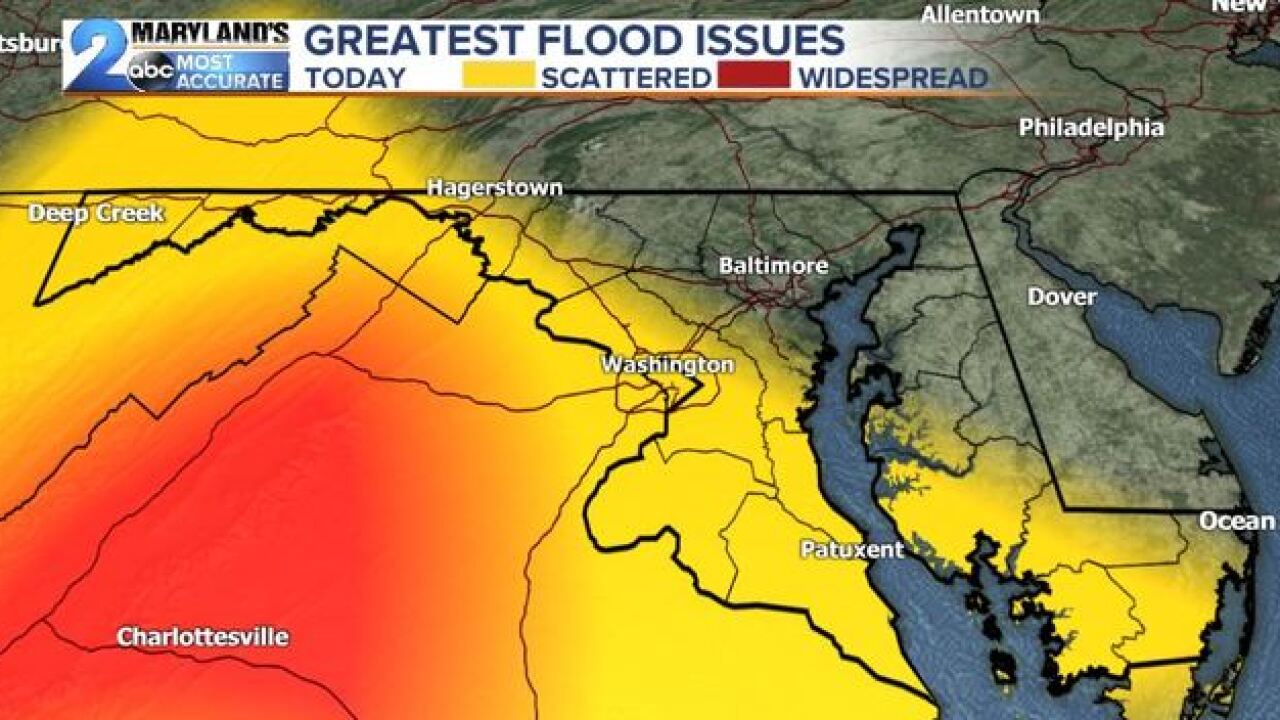 Another day and another chance of localized heavy rainfall. Saturday's threat looks to be south and west of the I-95 corridor. Places such as the Blue Ridge mountains along with communities south of the I-66 Corridor and Washington DC could see localized flash flooding issues as the afternoon hours roll on.

A stalled frontal will be the trigger mechanism for showers and storms. You combine this with an onshore wind off of the Atlantic ocean and limited winds aloft to get the perfect ingredients for slow moving storms.

In the case of Friday August 31st this boundary stalled across portions of Harford, Baltimore, Anne Arundel, Kent, and Queen Anne's counties. As a result 3-5" of rain fell on these locations creating devastating and even deadly flash flooding.


At one point there were over 25 swift-water rescue calls in Harford Co. will over 35 reports of flooding area-wide across Central Maryland and the Eastern Shore.

This type of setup has been the norm this Summer resulting in over 45" of rain for the year. Luckily for us the front looks to dissipate later on this evening.

As it does so storm motion should speed up a bit and any storm activity during the early evening hours should be moving quick enough to limit flooding concerns before waning late in the evening.

Rain chances decrease even more as we get to Sunday and the Labor Day holiday itself. High pressure noses back into the area with more sinking air which inhibits storm development. Chances will still be there based upon the heat and humidity but just not as high as what we saw to round out August.

With the high overhead comes the heat. Highs by Monday will be around 90 with low to mid 90s and feel like temperatures around 100 for the middle of next week. Summer continues to hang on as we kickoff "Meteorological Fall" and eventually Autumn itself which arrives September 22, 2018 at 9:55pm.