A Mixed Bag of Everything Today!

From heavy snow, to gusty winds, and heavy rain... we've got it all! 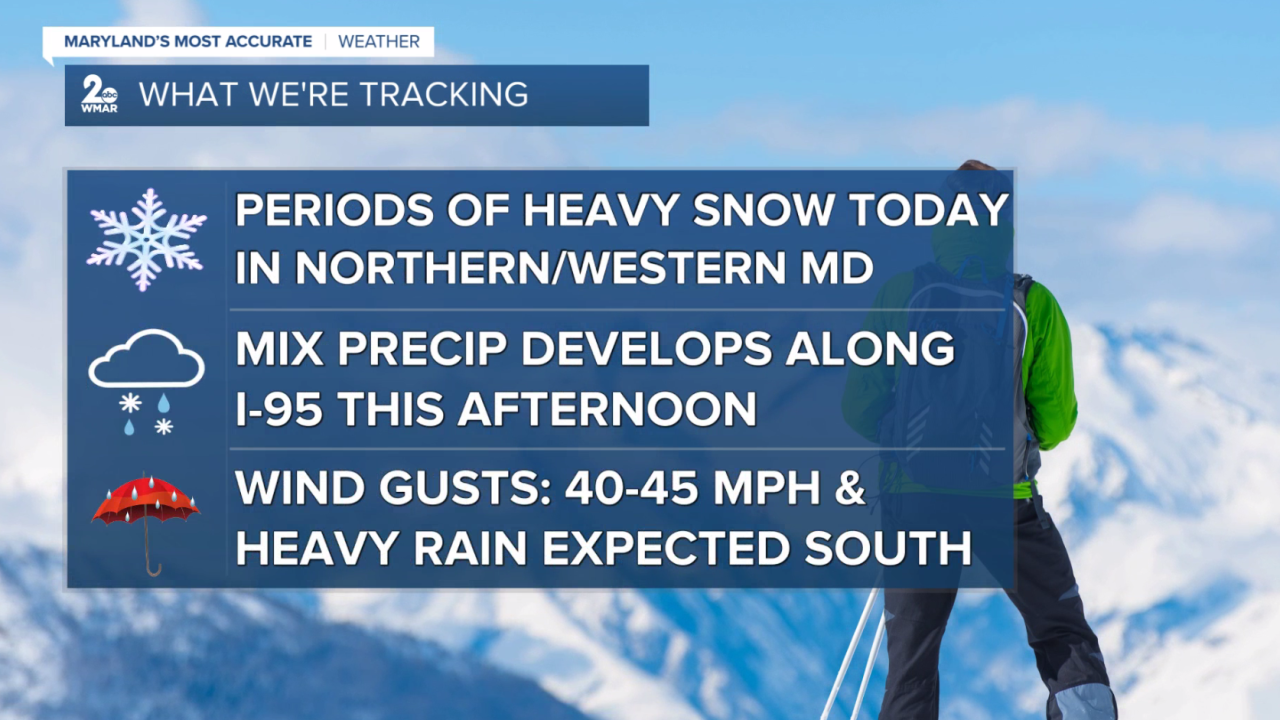 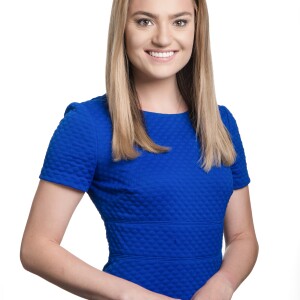 Today is the day! Snow is already sliding into our viewing area and conditions will continue to deteriorate. This storm will bring us just about everything... from heavy snow, to gusty winds, mixed precipitation, and the chance for flooding.

A shield of snow will continue to fall in northern and western Maryland through the afternoon, which is why interior areas of higher terrain to the northwest of the metro which see higher snowfall totals (6-12" / 12-18"). Temperatures a few thousand feet aloft in the atmosphere will be around 5-10° above freezing later today, allowing snow to transition over to a wintry mix of sleet and freezing rain along I-95. The European model is showing the rain and snow line inching northward along I-95 later this afternoon/early-evening which will create some slick and icy roads for the evening commute. As the center of this storm inches closer to Maryland this evening, winds will pick up and the rain/snow/wintry mix line, will edge northward and hug the Mason Dixon line overnight. This will help bring down snowfall totals along I-95 and southward. Winds may gust anywhere from 35-45 mph at times, and are looking to be the strongest along the eastern shore.

The warm sector of this storm may lead to periods of heavy rainfall to the south of the city, especially across Anne Arundel and Prince George's counties. Anywhere from 1-2" of rainfall is expected for the areas highlighted in green. Given how saturated the ground is from earlier this week, isolated instances of flooding cannot be ruled out so be mindful of pondings of water on roadways and bridges. An Areal Flood Watch goes into effect this afternoon through 7 am Thursday.