Hurricane Isabel slammed the area with.. 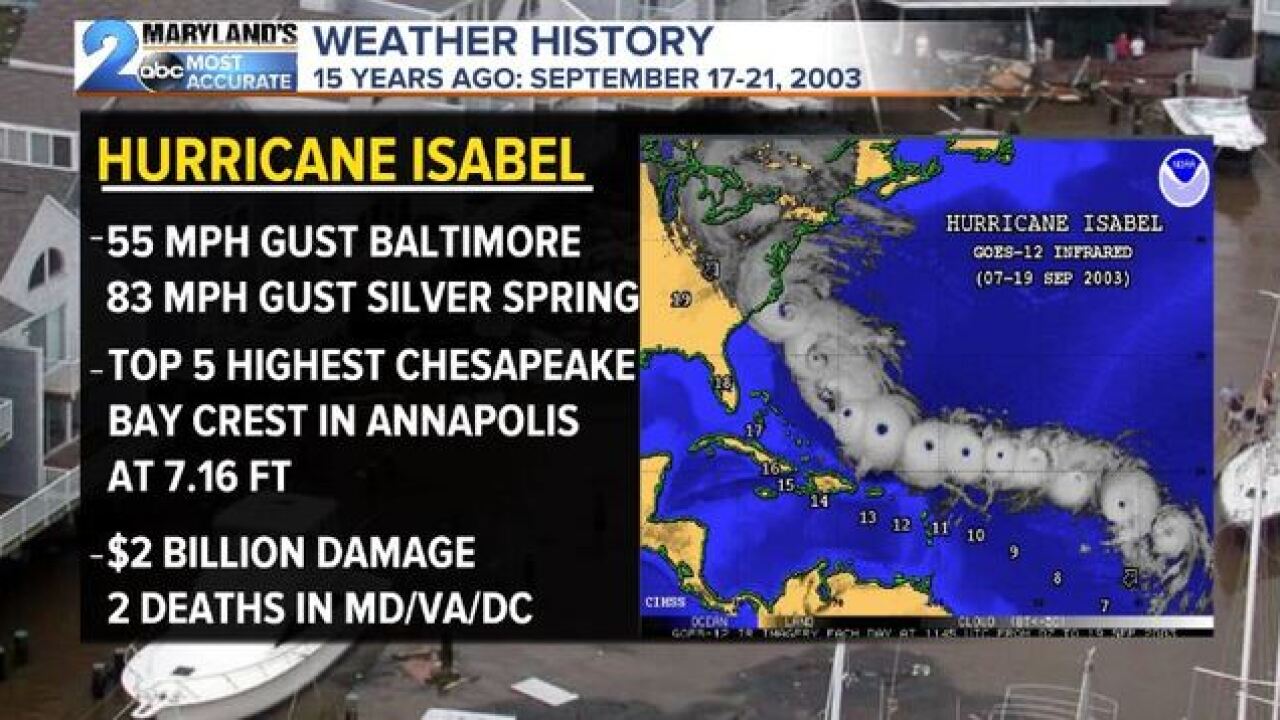 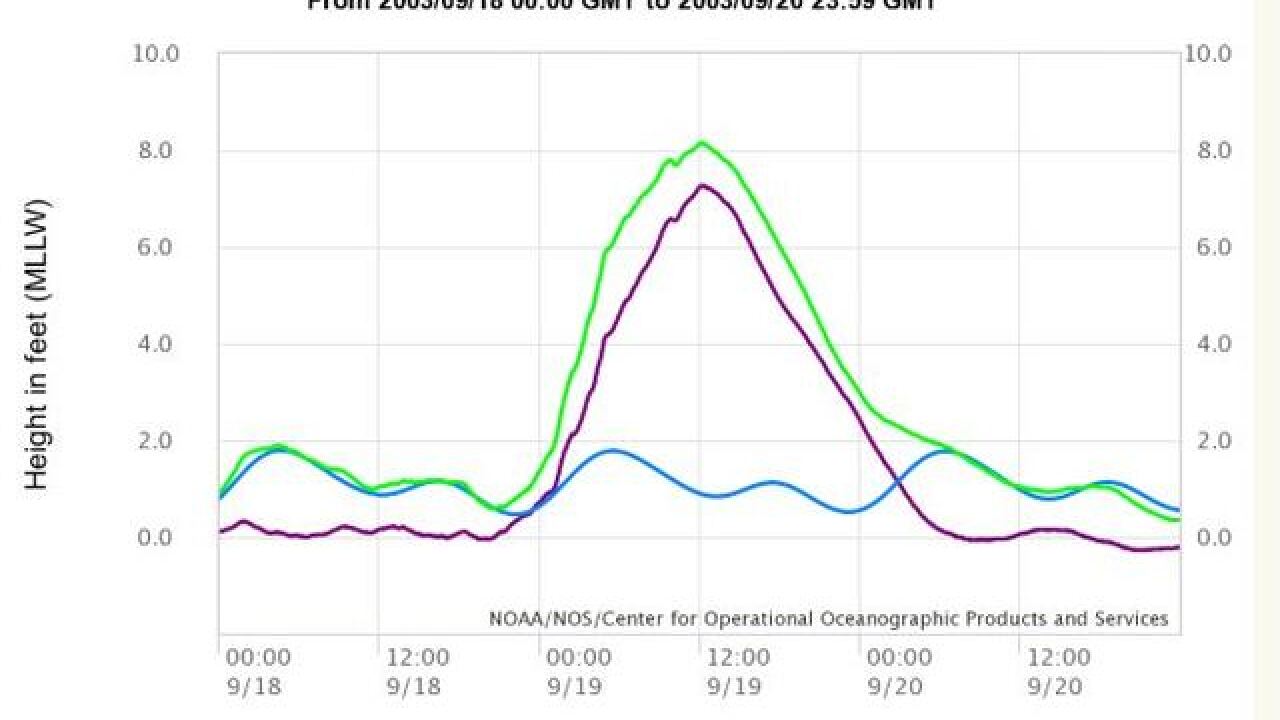 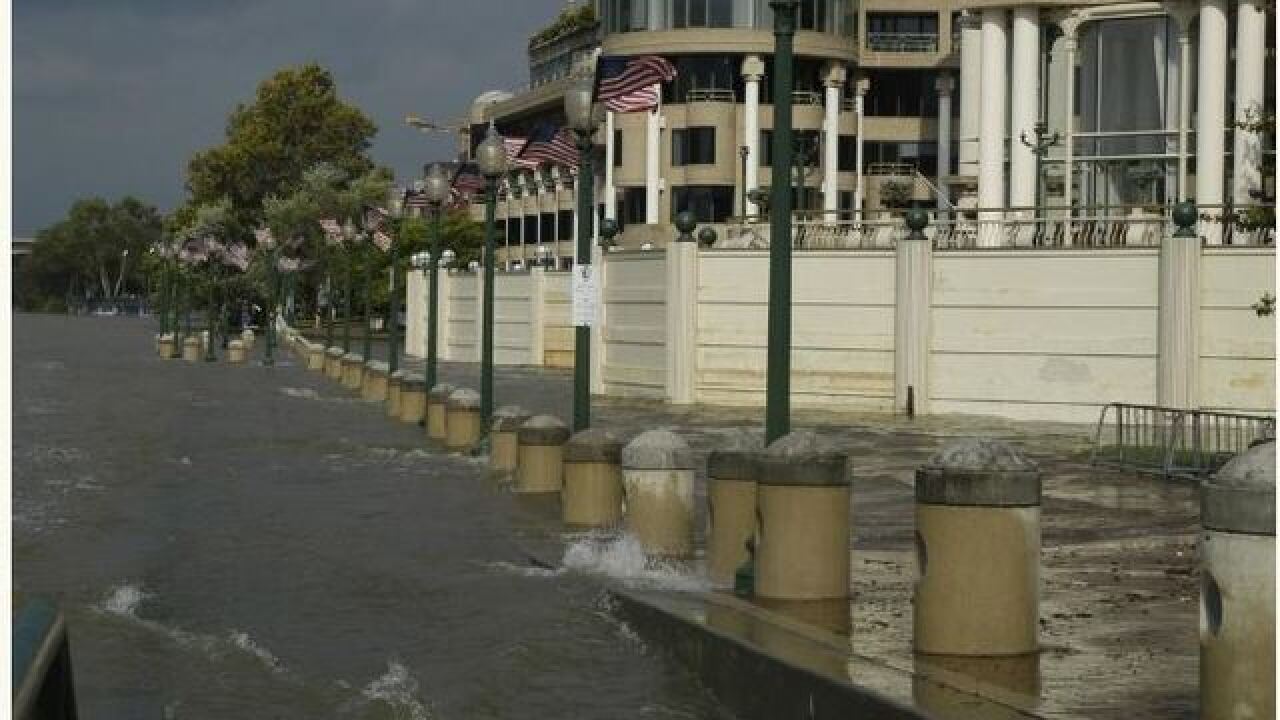 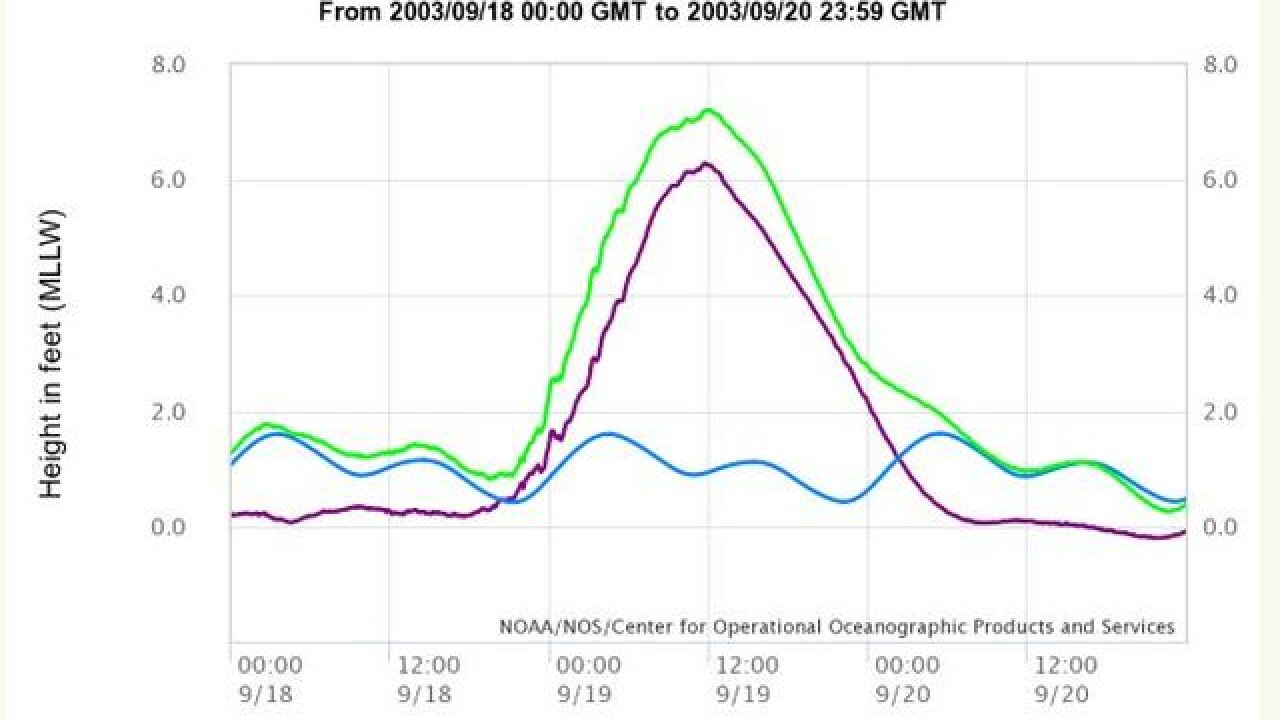 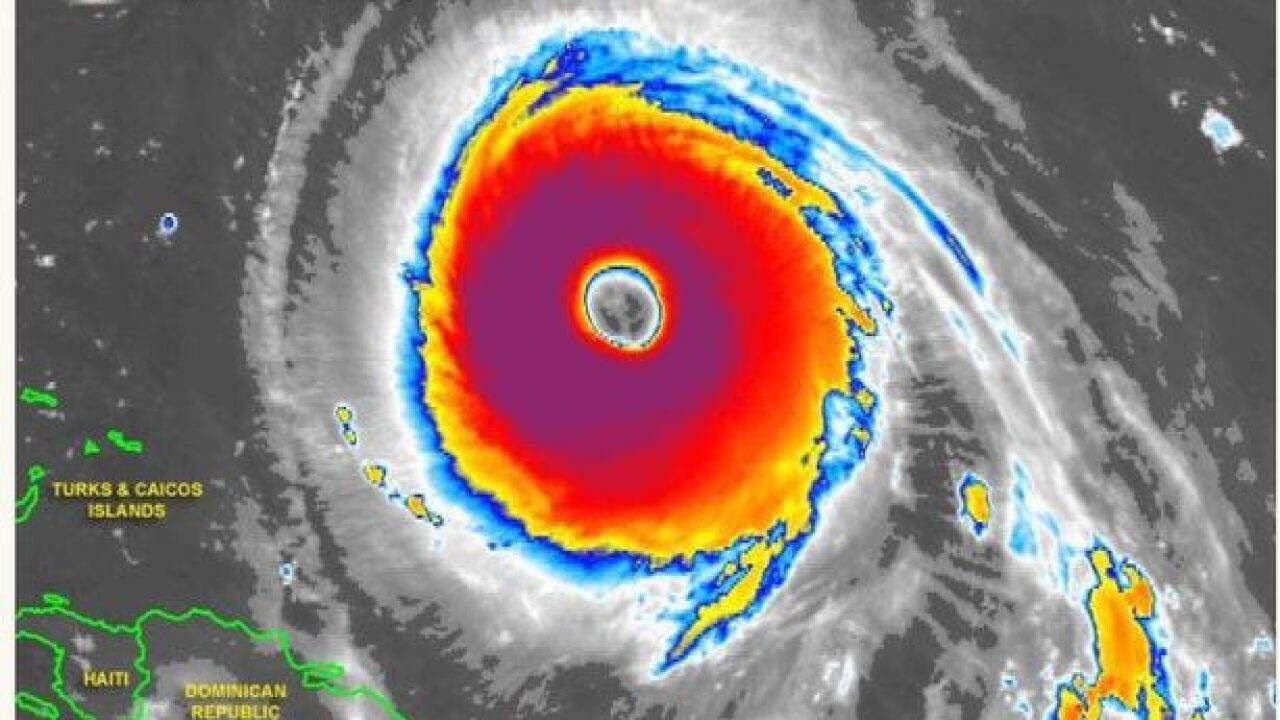 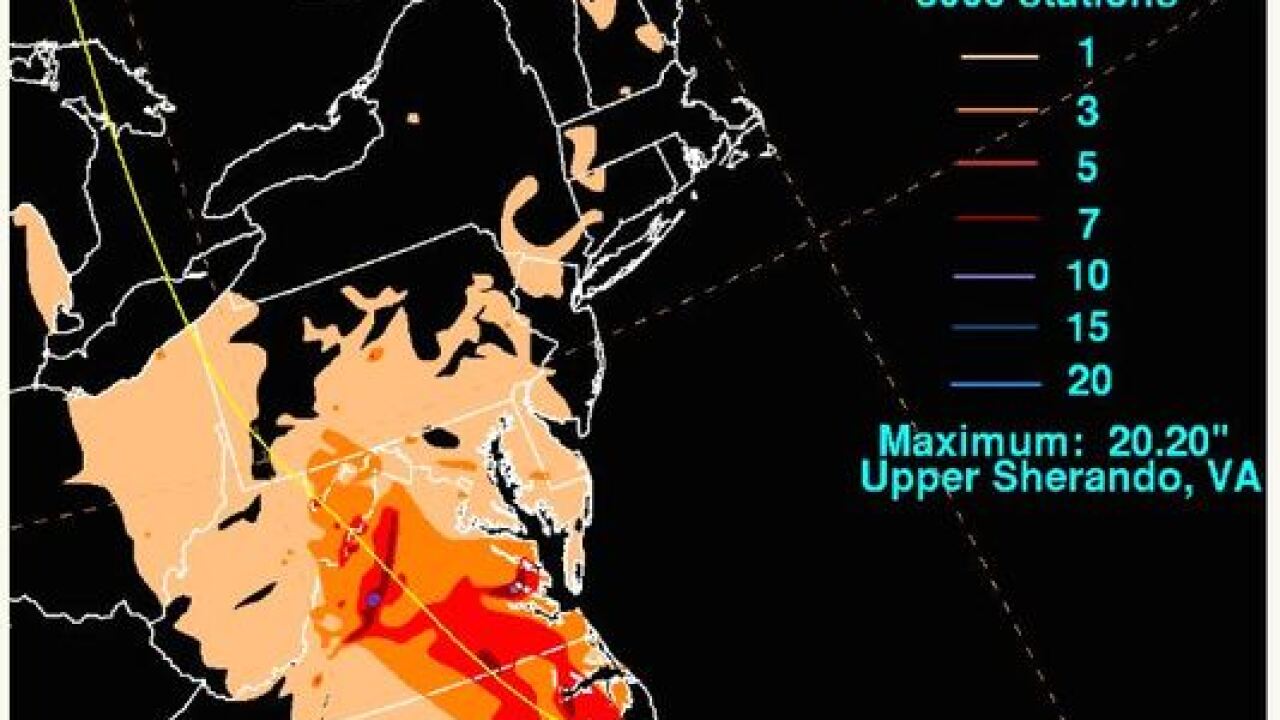 15 years ago to this day much of Maryland, Virginia, and Washington DC were impacted by Hurricane Isabel. Coincidentally the anniversary of Isabel comes at the same time Florence's remnants cross through the area. Luckily for us we have not seen the same wrath with Florence that Isabel let loose on this date long ago.

Hurricane Isabel just like Florence was once a Cat 4 to Cat 5 storm with winds well over 135 mph. Isabel though was a bit different in the sense that she was a stronger storm at landfall with winds around 105 mph compared to Florence's 90 mph winds and faster as she got swept into the jetstream pushing her into our neighborhood with a day from landfall.

The quick movement along with Isabel's push through central Virginia and western Maryland put us in perfect position for much of her wrath on the right side of the storm. Rainfall amounts in Shenandoah Valley toppled 10-15" with Upper Sherando, VA measuring the highest total at 20.20". This was mainly due to the mountainous terrain which has a tendency to squeeze more precipitation out over a large area. In both Washington DC and Baltimore winds gusted over 50-60 mph with the highest gust in Silver Spring, MD at 83 MPH. These high wind gust and placement of storm allowed for a strong easterly fetch forcing extra water up the Chesapeake Bay.

In both Baltimore and Annapolis record breaking crest were recorded on the tidal gauges. Hurricane Isabel toppled a 70 year tidal records from the 1933 Chesapeake-Potomac Hurricane at Fort McHenry and down along the Bay at the Naval Academy. Over 300 buildings were destroyed as a result of the coastal flooding with 400 people rescued in and around the low lying areas in Baltimore.

As a result 2 billion dollars in damage were recorded with 2 fatalities reported. In total the storm killed 51 people with 5.5 billion in damages from North Carolina and Virginia north into Maryland and West Virginia.

Unfortunately, Hurricane Florence may have created some of the same history of it's own but not for our area. Source of info from (NWS DC/Baltimore).