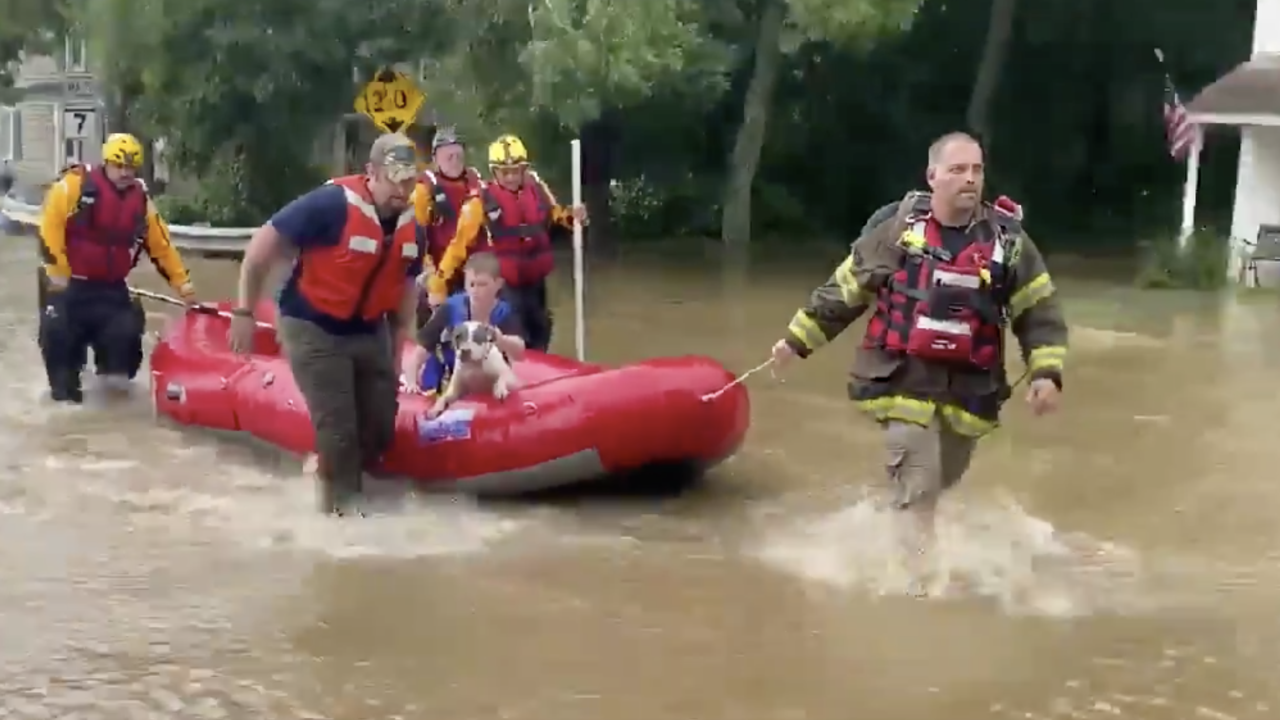 Governor Larry Hogan confirmed at least one tornado touched down in the Girdle Tree area of Worcester County.

Two others may have also hit Wicomico County near Mardela Springs and Leonardtown in St. Mary's County, which received 7.5 inches of rain.

St Mary's County also reported the only storm related death. A tree fell on top of a moving car, trapping and killing the driver on Three Notch Road in Mechanicsville.

Other areas such as Ellicott City and Fells Point fared better.

BGE says they've restored 19,000 in their grid, and will be having around 2000 crew members working into Wednesday to finish.

Throughout the morning the State Highway Administration responded to 55 traffic incidents, including one involving two jackknifed tractor-trailers on Southbound I-95 past Eastern Avenue, which closed all lanes for an extended period.

High winds restricted traffic on the Bay Bridge and the Key, Hatem and Tydings Bridges.

The storm caused the Port of Baltimore to temporarily close down.