One Of The Strongest To Strike The East Coast 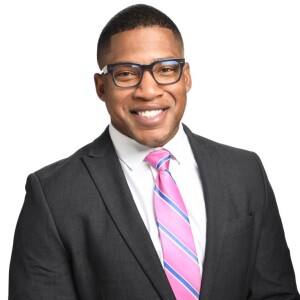 April 28,2002 was a very busy day... the second day of a two day outbreak that produced tornadoes in Iowa, Kansas, Missouri, Nebraska, Illinois, Indiana, Kentucky, New York, Pennsylvania, Ohio, Virginia, West Virginia, and Maryland. In fact, the parent thunderstorm of the tornado that produced the damage pictured above developed in West Virginia. The first tornado it produced was relatively weak, but eventually intensified into an F2 in Rockingham & Shenandoah Counties. Once in Maryland, the storm started gaining momentum and produced this tornado-- in Charles County, MD...which at it's maximum peak was an F4 with winds estimated at 260mph!

This tornado hit La Plata at 7:02pm, and was on the ground for 90s minutes... at its weakest the winds were near 100 mph, but it reached its peak intensity as it rolled through La Plata. At one point, radar estimated the system was moving at 58 mph-- which means it was traveling almost one mile per minute! The damage that occurred-- hit hard and fast!

The area was described as a war zone. Bank receipts, checks, and tax documents from La Plata were recovered nearly 70 miles away in Seaford, Delaware. The winds were so intense, homes were knocked completely off their foundations.

When it was all over, 122 people were injured and 5 people lost their life. 860 homes were completely destroyed and 194 sustained significant damage. Property damages were estimated in excess of 100 million. This tornado ranks as the second strongest tornado to strike the east coast behind the Worchester, Massachusetts tornado (1953). Only 6 F4 tornadoes have occurred farther north and east of this one...

This same city was the site of an even more deadly tornado in 1926. An entire schoolhouse became airborne in that storm, and was thrown into a grove of trees with 60 students and 2 teachers inside. When the school struck the trees, it splintered, killing 14 children. Students were flung in all directions, with one child found at the top of a tree 500 feet away. Some documents from the school were recovered in Bowie, MD-- 25 miles away.