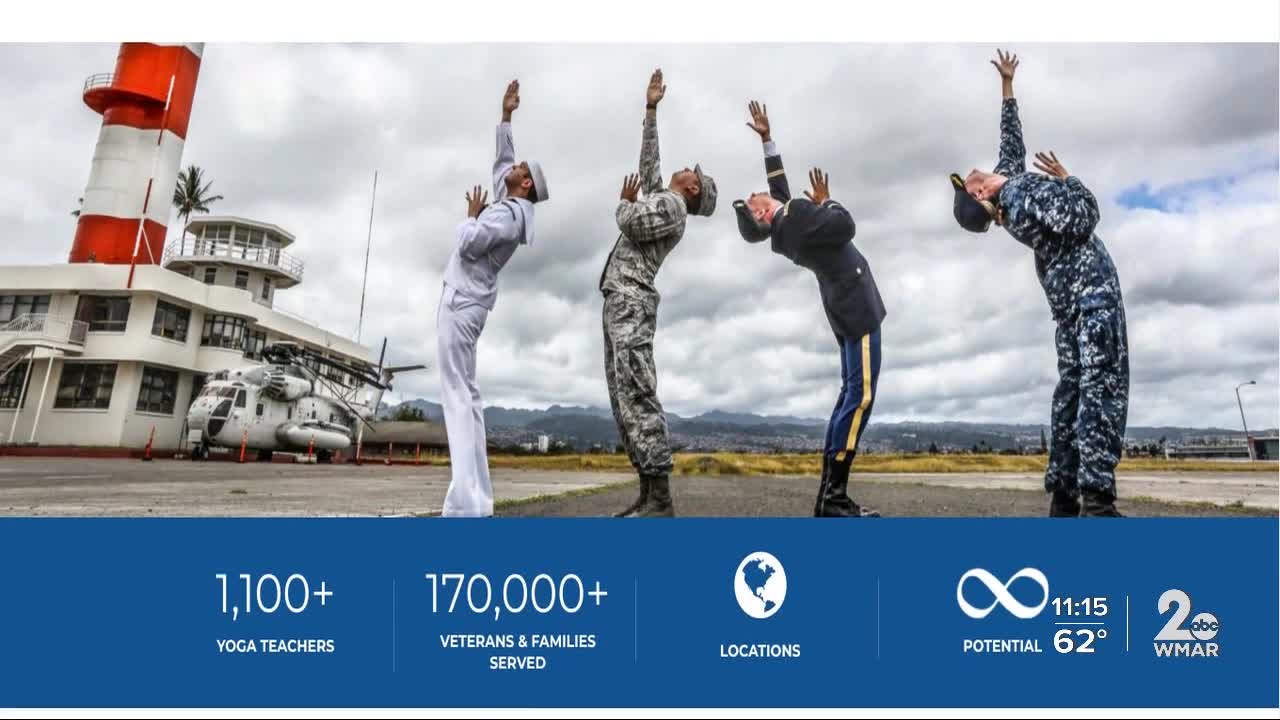 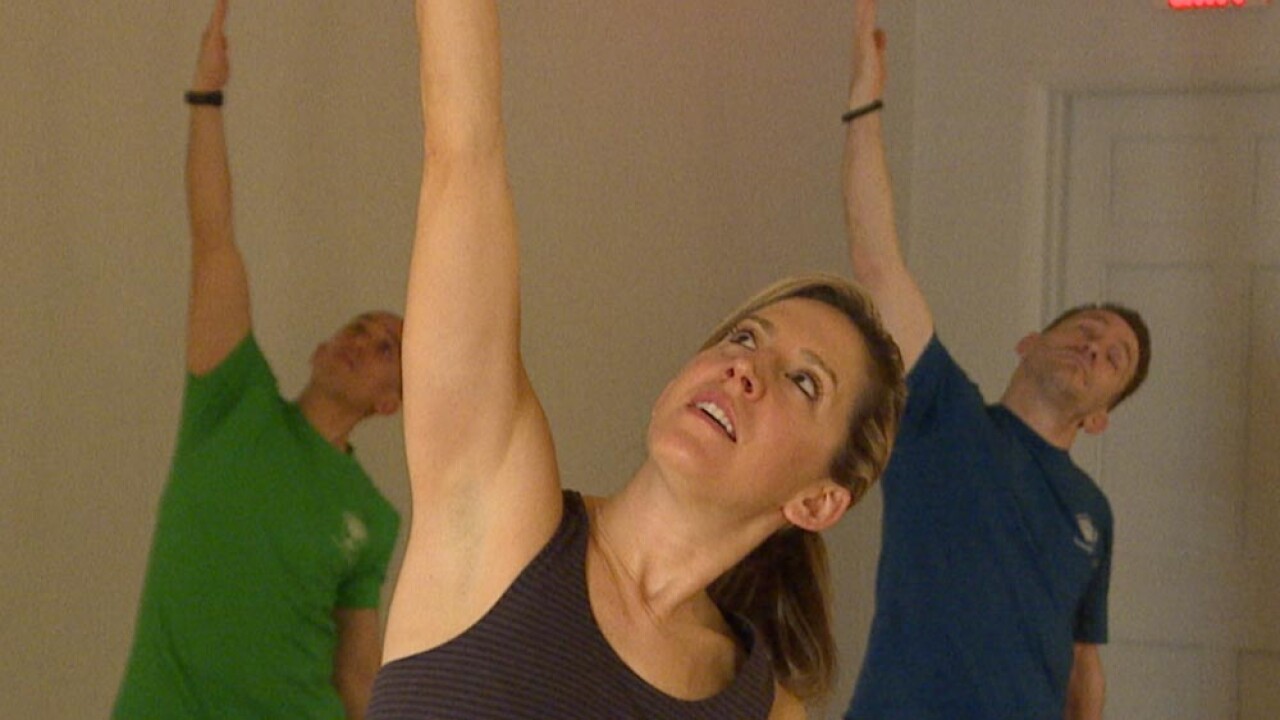 NEW MARKET, Md. — The 10 a.m. Monday yoga class at Fit2Shine Studio is pretty much like any other yoga class. There is soft lighting, candles and peaceful music.

"There's a front door here and a back door. Both of them will be locked during class but you can leave at either place," said Larisa Harrington, the yoga instructor for the class.

Security is just as important as flexibility in Harrington's class because her students are active or veteran military members and first responders.

"You can know people who have post-traumatic stress disorder (PTSD) or anxiety. You'll see them in a regular class and every noise they're looking around like what's going on, do I need to protect someone else, am I safe right now?" she said. "If we can take that part out of it, they can really focus on their practice and what they need."

Explaining the layout of the room is all part of the training that goes into becoming a certified yoga instructor through the group Warriors at Ease, a nationwide non-profit that seeks to bring yoga and meditation to military communities.

Harrington is certified through Warriors at Ease and is also a veteran herself. She served in the United States Air Force.

One of her regular yoga students is also a veteran of the Air Force, Heather Wright.

"For me, it's very grounding," Wright said. "Our minds can tend to run around non-stop, just from one thought to the next. Just to combine physical movement and then a mental ease at the same time is really refreshing and grounding."

Ted Gambogi currently serves in the Air Force and says yoga is a great complement to his other workouts.

"It's really just about overall body health. If I lift too much or I run too much, I know it's bad on the joints and everything as I get more seasoned. I just know that it helps a lot," he said.

The owners of Fit2Shine say it was important to them to provide a space, free of charge, to those who serve and have served our country.

"Our military, our first responders, are always protecting, they're always on," said Chrissy Niper, a co-owner of the yoga studio. "So a moment to just be them and recenter their minds is fantastic."

"To give them that freedom and a space where they're surrounded by others who have also experienced traumatic things is a really beautiful opportunity," said Kelly Jarvis, also a co-owner of Fit2Shine.

Harrington's hope is that any active or veteran military member, no matter their physical limitations, will give yoga a try and leave the class feeling that they accomplished something they might not have thought possible.

"That's what our message is. You don't have to fit in a certain box or shape or to be able to do a certain thing in order to practice yoga."

To find a Warriors at Ease class or instructor near you, click here.