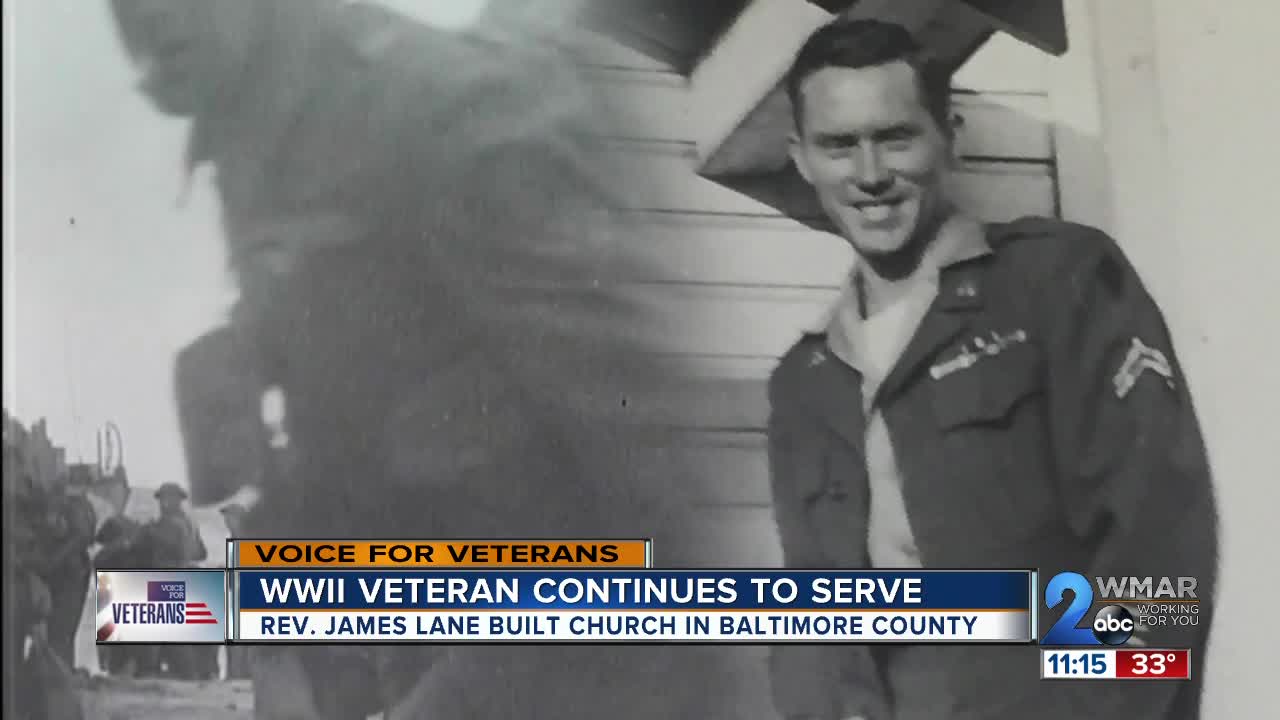 Lane is the son of a Tennessee preacher who never thought of himself as a Christian. Now, he’s an ordained minister. His office, at the church, is covered in eagles for God and for country. 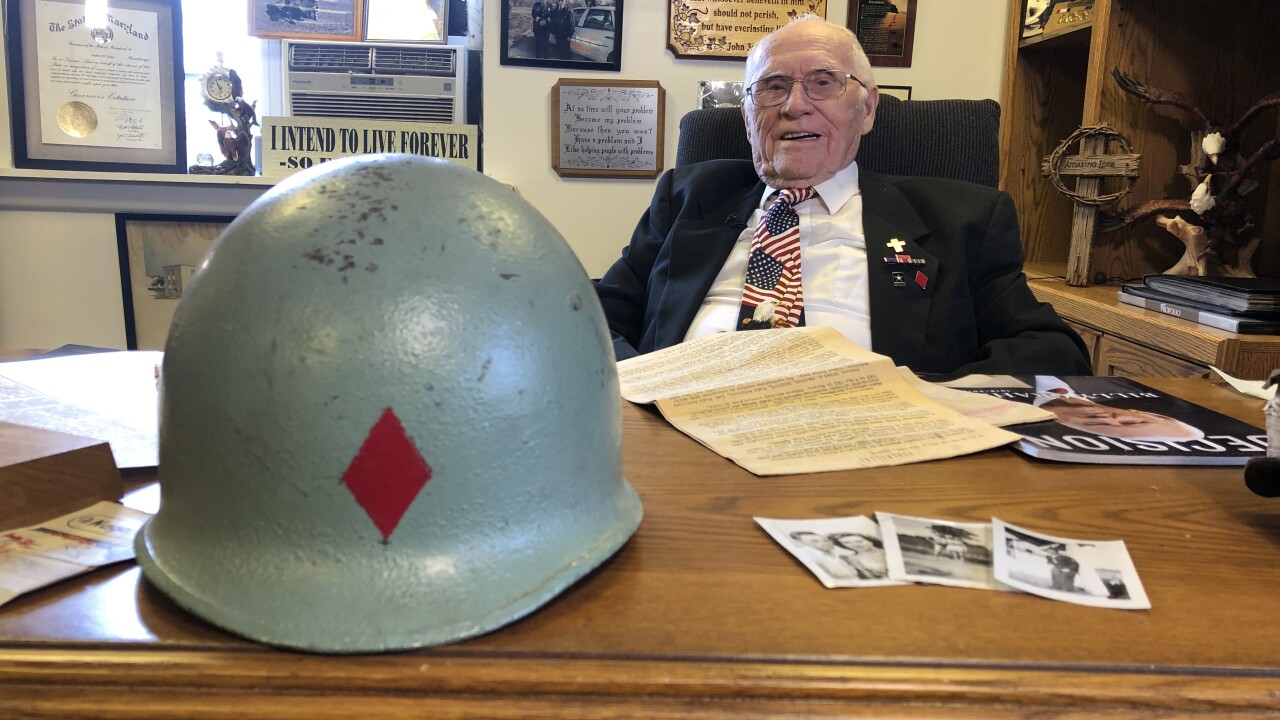 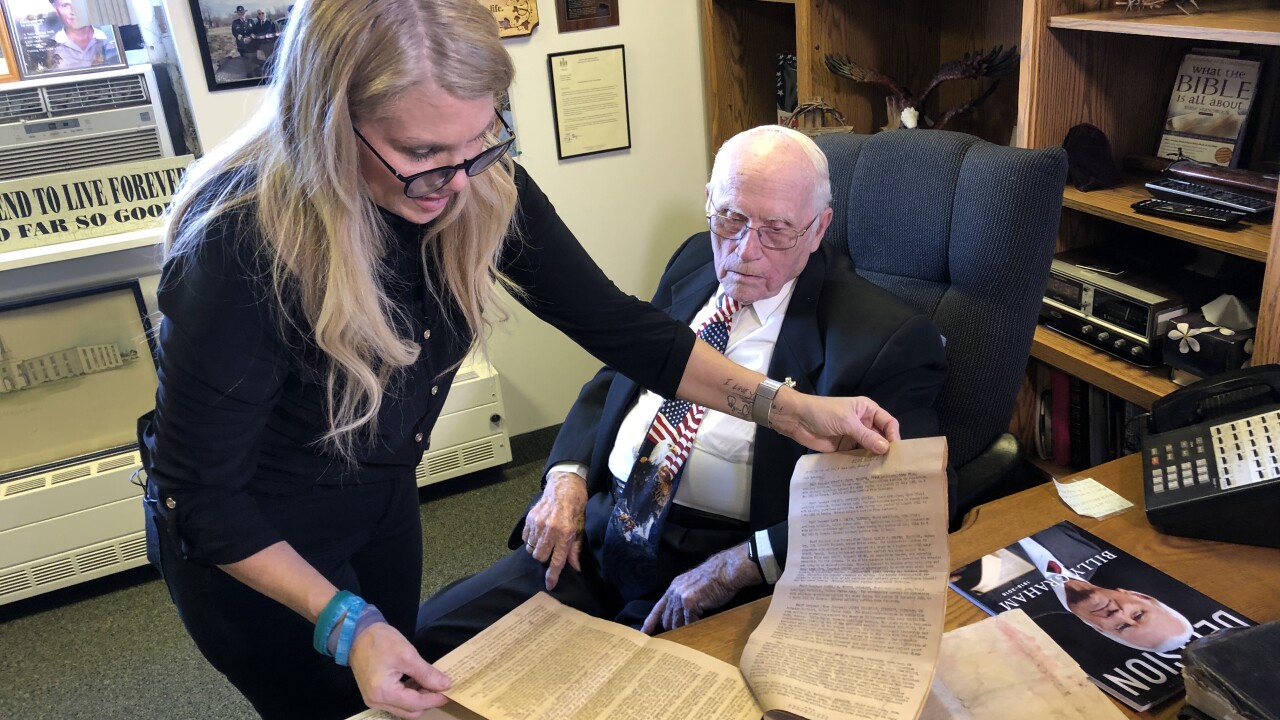 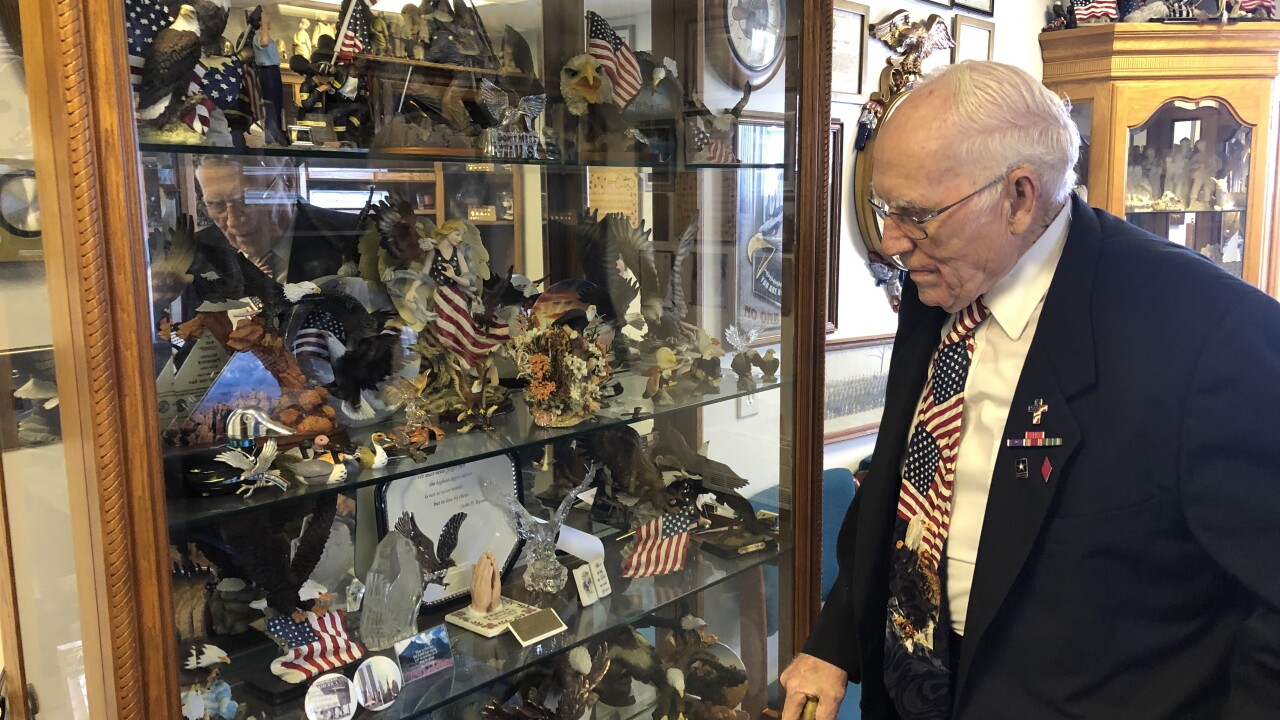 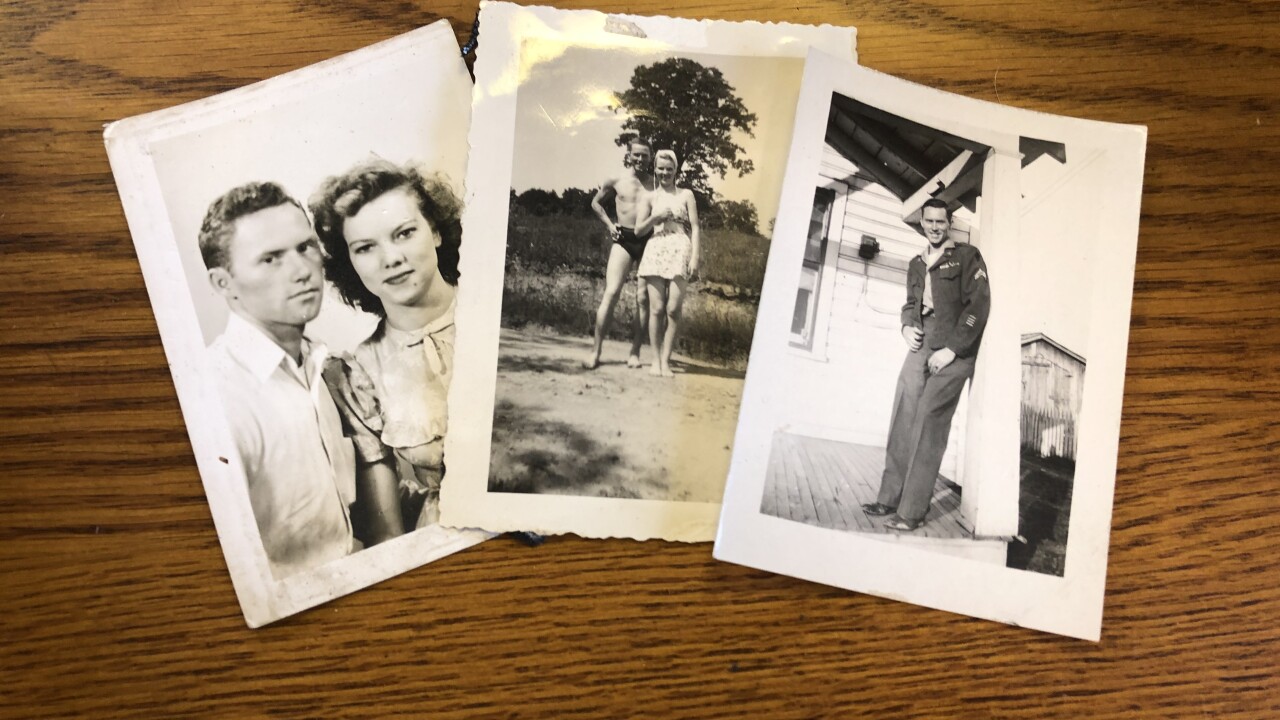 Lane is the son of a Tennessee preacher who never thought of himself as a Christian. Now, he’s an ordained minister. His office, at the church, is covered in eagles for God and for country. His call to service helped him believe, which started when he enlisted at 18.

He added, “I wanted to go bad. Two reasons I guess. One, I’ve never been anywhere and the other, I wanted to get in the fight.”

Lane was in the Fifth Infantry Division of the Third Army. He was sent overseas 29 days after D-Day, the invasion of Normandy.

“We was a long way off and it was like the Fourth of July,” said Lane. “I couldn’t hear any of it, that’s how far away we were but it was a really beautiful site and I couldn’t wait until I got there. Then when I got there, I couldn’t wait to get away.

“Patton was quite a guy. When everybody else was running and hiding… when the shells was coming in, he was out there directing traffic.” Lane had a coupe close calls during his service. “Shell came in so close it knocked me out and I thought I was dead,” said Lane.

One time he explained how he had to hide from Germans. He said, “I crawled under that Jeep and stayed there for three days with nothing but a piece of cheese.”

During his service, he became a Corporal. WMAR-2 News asked if there was anything that he remembered from his service and he responded saying, “yeah, I don’t like to talk about it. I’m not comfortable talking about it. I’m not a hero. I don’t want to be a hero. I’m just a plain old country boy.”

Lane’s daughter, Hope Larson, disagrees. She believes her dad is a hero.

“I don’t think everybody is willing to step into those shoes and give up their life and give up their time whole heartedly to make the world a better place. So when you do something like that I absolutely think hero is the right title,” said Lane.

She’s heard her dad’s stories a thousand times and is grateful for the opportunity to share them. She showed us his helmet. She said it “kept bullets out of his head a time or time. Also served the purpose of cleaning, eating and shaving.”

Lane said he even took baths in that helmet. He showed us, “we eat out of this and this is what we put on our head. Of course we wipe that out and put this back on."

Lane received countless awards for his service in the war like a purple heart and bronze star. Plus, several more in Baltimore County. When he got out of the war, he moved to Baltimore, got married, had three girls and built his church.

“With no money. No Money! Did you hear me?! No money,” said Lane. He didn’t know how he was going to pay for it but said “God’s gonna help me and he did.”

Then he continued his service further in the community as a Baltimore County Police Officer and a Chaplain.

Now, Larson is the chaplain for the Baltimore County Police Department.

“It’s been a unique and awesome honor to walk in my dad’s footsteps,” said Larson. "You couldn’t be raised in our house and not be 100% all American and know that dads thing is if I can help somebody as I pass along then my life living will not be in vain.”

Lane is still giving back to his community and country every day at 95-year-old.