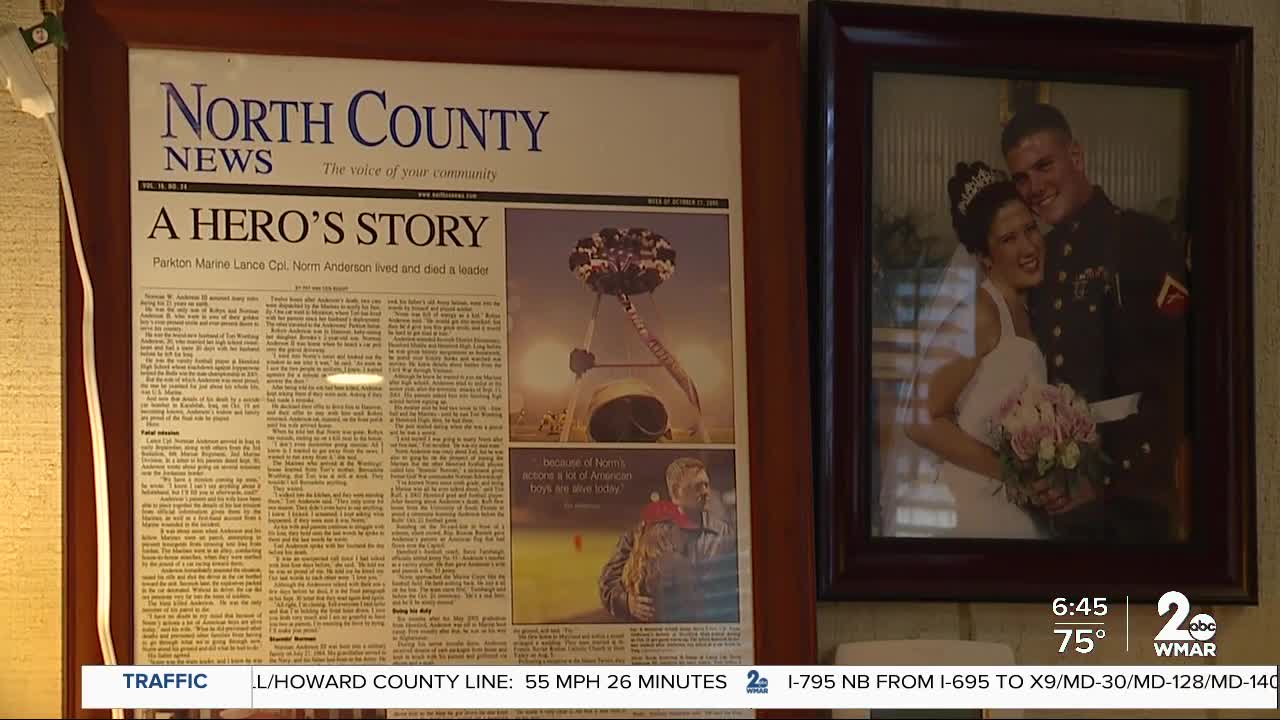 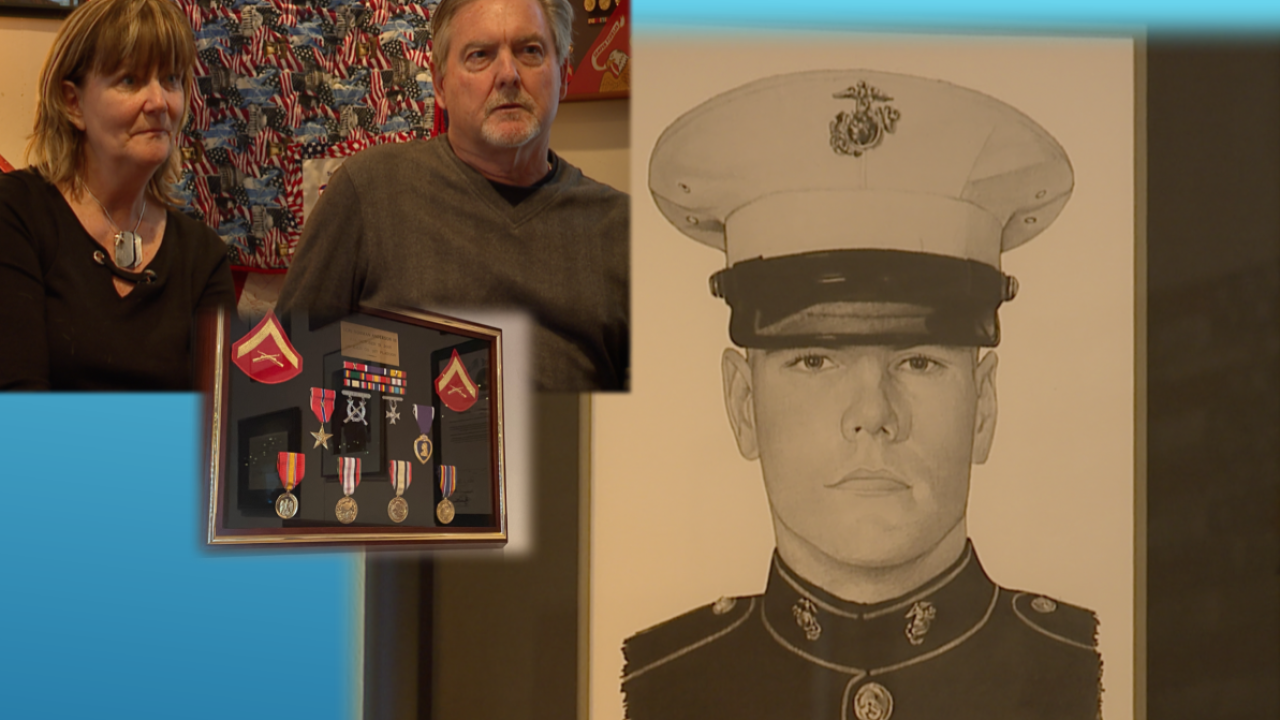 BALTIMORE COUNTY, Md. — "We can never talk about Norman enough," Robyn Anderson said as she walked around her living room showing pictures of her son who was killed in Iraq, Lance Corporal Norman Wallace Anderson III.

Norman was a 21-year-old Marine when he was killed in Iraq, protecting his unit. His dad, Norm Junior said their son was called to serve just like him. Norm Junior was an Army Ranger. They both joined the military right out of high school, even though Norman wanted to join earlier.

"I think about him everyday, just something that never leaves you. Everybody says you get over it over time but doesn’t happen," said Norm Junior.

After Norm and Robyn lost their son, they wanted to make sure their son and no solider would ever be forgotten.

Robyn said, "our son was just this wonderful amazing giving person and I know how important it would be to him to make sure that our military, our veterans their families are never forgotten. I mean they make such a sacrifice and the families as well."

That's why they created the Anderson Snyder Memorial Fund, named after their son and his friend, Corporal Joshua Snyder. Snyder was killed just six weeks after Norman. They give scholarships to Hereford High School, where they both graduated from and the main goal is to help veterans and their families.

"We try to help the ones that fall between the cracks. The VA can’t do something for whatever reason and they’ll come to us And we can help them," said Robyn. Norm added, "it’s easier for us to distribute our funds then it is for them to go through the red tape."

"Some families don’t continue to reach out for the help because they’re so bogged down," said Cyndi Ryan. Ryan added, "Robyn and norm and Anderson Snyder get to the veteran they help the veteran."

Ryan used to work for a non-profit helping veterans, that's how she met the Andersons. She said, "I was used to calling Robyn and Norm to ask for assistance for other veterans and now I had to call for my dad."

Ryan's dad, a Vietnam Veteran and a Marine, had pancreatic cancer. He was living in hospice care where he relied on his scooter until it broke. Ryan said her dad became depressed and started to give up. "To hear a man who has been so strong and so independent and care for so many people including this country... break down over something that seems so simplistic to fix, was heartbreaking and if not for Robyn and norm I don’t think I’d have my dad as long as I did," said Ryan.

The Anderson Snyder Memorial Fund was able to pay for two scooters that were donated to the VA. One scooter went directly to Ryan's dad, giving him his independence back. Ryan said, "I don’t know they actually know the impact it had on my siblings and I to have my dad around for a few more months and just to hear the change in him and how happy he was."

The Anderson Snyder Memorial Fund has made an impact on countless lives, some they know and many they don't. Robyn explained how they go to their son's grave site every year and on numerous occasions they've come across letters and pictures.

"This was at Norman’s grave site one time," Robyn said as she opened a piece of paper. She read, "to the family of Lance Corporal Anderson III... I want you to know how much I appreciate and respect everything he did for our county... he made the ultimate sacrifice and we are forever in his and your debt."

Robyn and Norm said the support they receive from the community has never stopped since their son was killed in 2005 and they will never stop giving in honor of their son. They said, "he was awesome and we needed a way to have his legacy live on since he was not here physically anymore and that to us was the best way."

To learn more about the Anderson Snyder Memorial Fund or to donate, click here.