Turkey Bowl 100: The man behind the mic 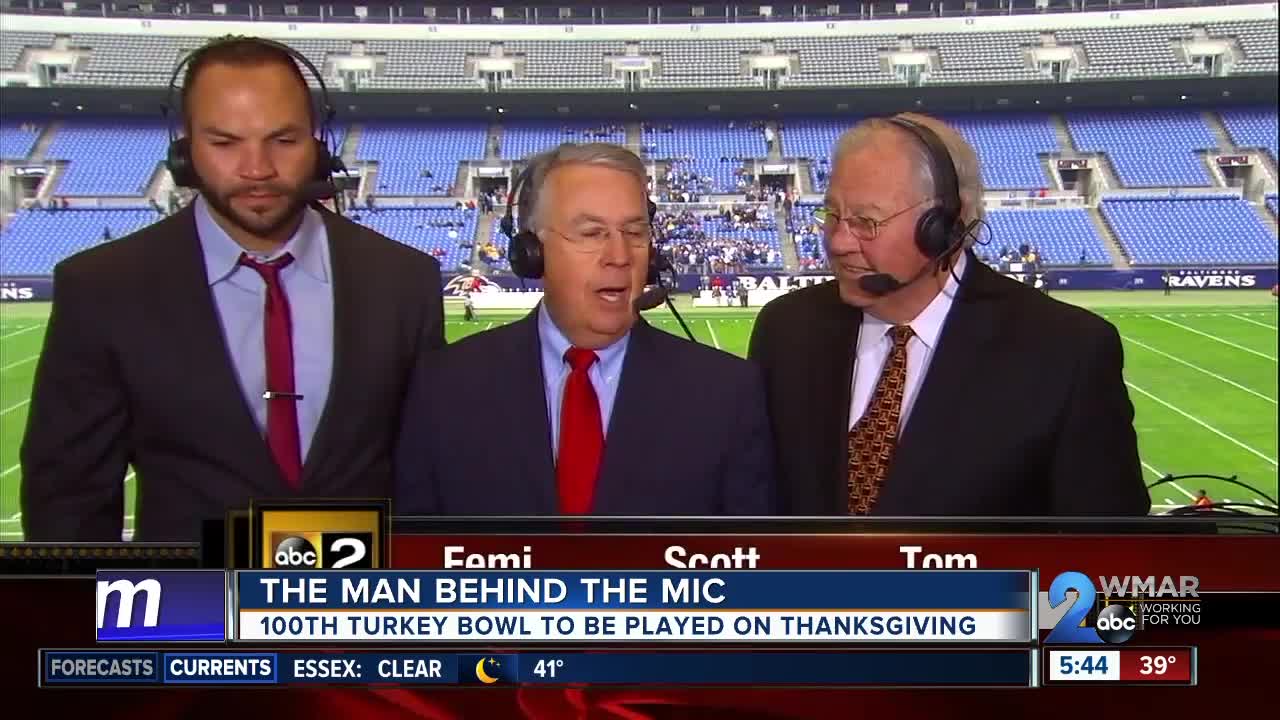 The Turkey Bowl has been around for 100 years. For the last 20 of them WMAR has been your home for the annual Thanksgiving morning matchup.

OWINGS MILLS, Md. — The Turkey Bowl has been around for 100 years. For the last 20 of them WMAR has been your home for the annual Thanksgiving morning matchup.

One man has been behind the mic for each and every one of them.

He arrived in Baltimore in 1980 as a sports anchor at WMAR. Soon after, Scott Garceau was calling the biggest high school football rivalry in the region.

“I’ve been around for a while. So, when I got here it was about 60 years old. Now it’s 100 years old and I think the tradition has just grown because it’s just been another generation or two,” he said.

For a few years in the 1980’s, and every year since, 2000 WMAR has brought you Calvert Hall vs. Loyola Blakefield in the Turkey Bowl. For the current radio host on 105.7 FM, and former Baltimore Ravens play-by-play man, the annual Thanksgiving Day broadcast is a labor of love.

“This isn’t like a high school game,” said Garceau. “Our camera guys, our replays, it’s as good as you’re going to see in the NFL and that’s the same way I approach the game. I put in more work on this game than I would an NFL game, when I did Ravens games, because I’m not that familiar with the teams. We dig and we research. We talk to kids. We talk to coaches.”

And it all pays off at kick-off.

“I know how much this means. We have fun with it, but it’s a serious day for a lot of people and it means so much to the families and the alumni.”

His on-field highlight from over the years:

“There was a game in 2013 that stands out to me,” he said. “For only the second time in the series, I think, we had an overtime game. It went into overtime and Loyola’s junior Jake Nordhausen shot a gap in overtime, got a hand up and blocked the extra point to win the game.”

More highlights are sure to come. For them we’re bringing back Garceau’s old WMAR partner. Keith Mills will back in the booth on Thanksgiving.

“It’ll be great. I mean, gosh, we’ve shared 30-some years of everything that’s happened in Baltimore sports. From the last game at Memorial Stadium to the Orioles to the Ravens and everything else,” said Garceau. “It will be so cool to have Keith back in there.”