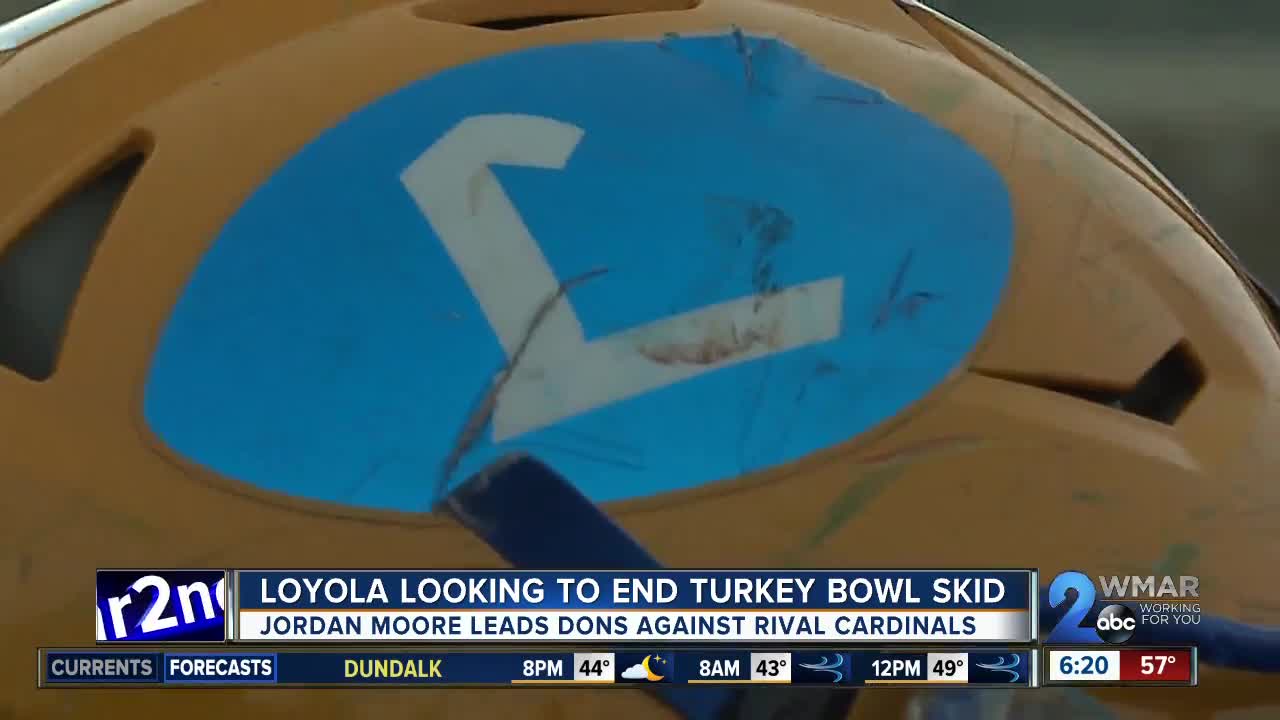 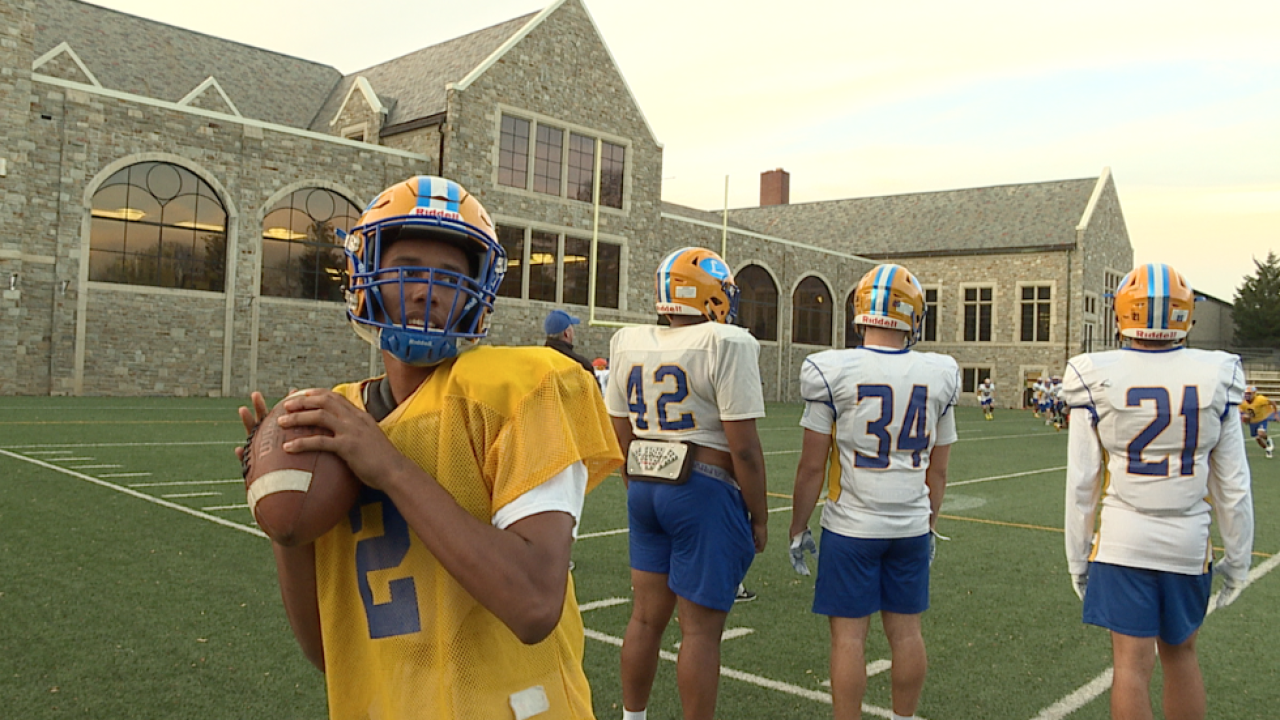 “Really bad. It’s to the point where we’re doing anything that counts that needs to be done,” said junior receiver/defensive end Joshua Buck.

Loyola has dropped the past five Thanksgiving Day contests to rival Calvert Hall. But with each year brings new hope and a renewed sense of pride as they participate in this historic game.

“It’s something you got to see with your own eyes,” said senior defensive end/offensive lineman Phil Florenzo. “A tradition. One of the biggest traditions in Baltimore.”

“You lose five in a straight, you can really start to let that get into your head. But it’s a new year,” said Loyola Head Coach Anthony Zehyoue. “We have a new group of guys playing. Even guys who played in the Turkey Bowl last year are in different roles.”

This is his first year playing quarterback. What he said he’s really worked on is how he thinks the game.

“I think I’m a pretty smart quarterback compared to the rest of the high school quarterbacks in this state and in the nation,” he said.

Moore can run, pass and make all the right decisions.

“He reminds you a little bit of Lamar (Jackson). He has that explosiveness sometimes. So, he’s great to have back there,” said Florenzo.

“He’s very talented and he has some special ability to do some things on the field that nobody else really can,” added Zehyoue.

Moore has led Loyola to an 8-1 record playing an independent schedule. This might be the best the Dons have been playing entering Thanksgiving in recent memory.

“We have to limit the turnovers, play smart football, limit the small mistakes and overall just have more energy and heart,” said Moore.

“We’re feeling very powerful at this point, to the point where we’re coming to make a statement,” added Buck.

All statements start when kickoff rolls around at 10:00 a.m. on Thanksgiving.

As always, WMAR will broadcast the game live on air, online at wmar2news.com/live and on all of your streaming devices . This year’s contest kicks off on Nov. 28 at 10:00 a.m.