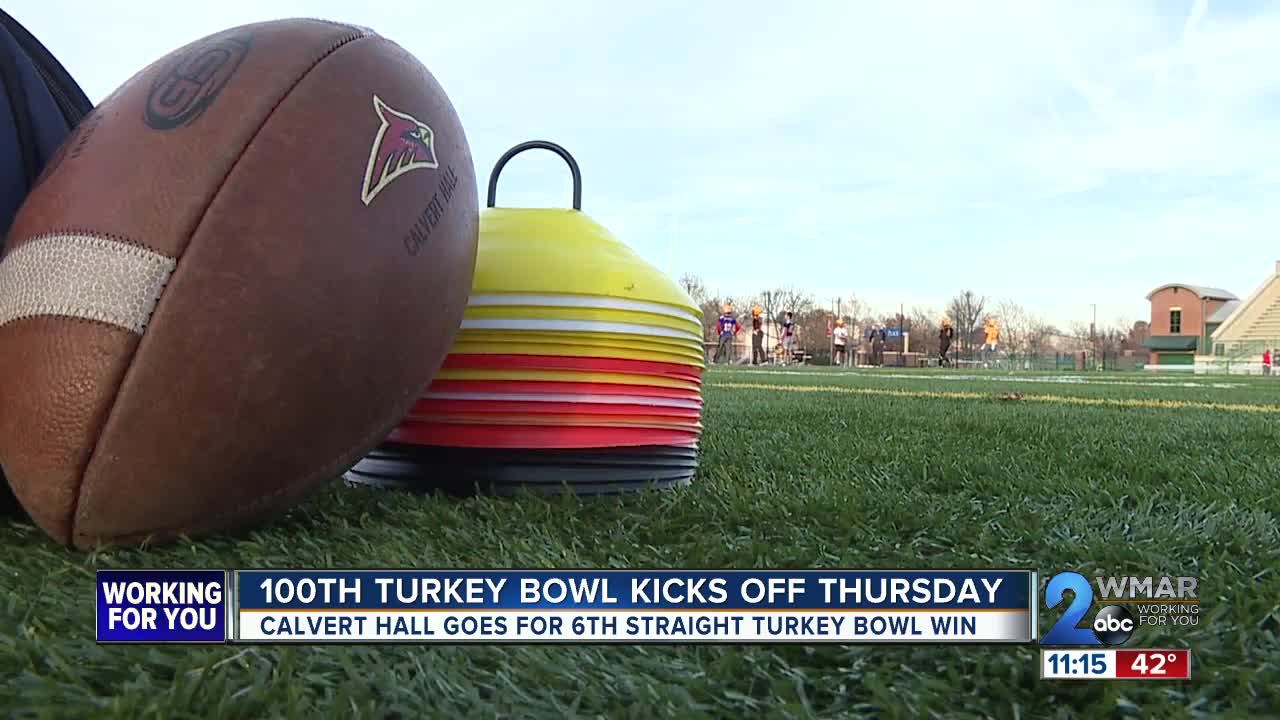 The Cardinals are looking for their 6th straight Turkey Bowl win

The emotions are raw.

“It’s a lot of excitement. A lot of energy,” said senior defensive tackle Denaz Jones. “Everybody just can’t wait for the game.”

Just a Wednesday walk-through remains between Tuesday night and the 100th Turkey Bowl.

“It’s all about brotherhood,” said junior quarterback Amir Jenkins. “It’s a big tradition and the atmosphere is crazy.”

“It’s a tradition that you don’t want to miss out on,” added senior receiver/returner Kai Sasaki. “It’s something special and it brings a lot of people together.”

Sasaki’s family will be split on Thursday. His brother attended Loyola. So, this week is kind of awkward.

“A lot of back-and-forth,” he described. “A lot of chitchattering about who is going to win and who gets to be happy on Thanksgiving.”

Kai’s Cardinals are looking for a sixth straight Turkey Bowl win. If they get win No. 6 in a row it would be a record-breaking one for head coach Donald Davis.

It would be his 10th Turkey Bowl victory and he would pass the late Augie Micelli for most all-time for a Calvert Hall head coach.

“Augie Micelli set the bar. I’m humbled, sort of beyond belief, to even be mentioned in any way, shape or form in association with the type of man he is,” said Davis.

“It would mean a lot to a bunch of us because, Coach Davis, he did a lot on and off the field for a bunch of us,” added Jones. “I can say he’s one of those guys that actually deserves it.”

“I think we’ve got to shake their confidence,” he said. “They are a team that really believes in what they’re doing.”

You better believe the 100th edition of this great rivalry will be one to remember.

As always, WMAR will broadcast the game live on air, online at wmar2news.com/live and on all of your streaming devices . This year’s contest kicks off on Nov. 28 at 10:00 a.m.