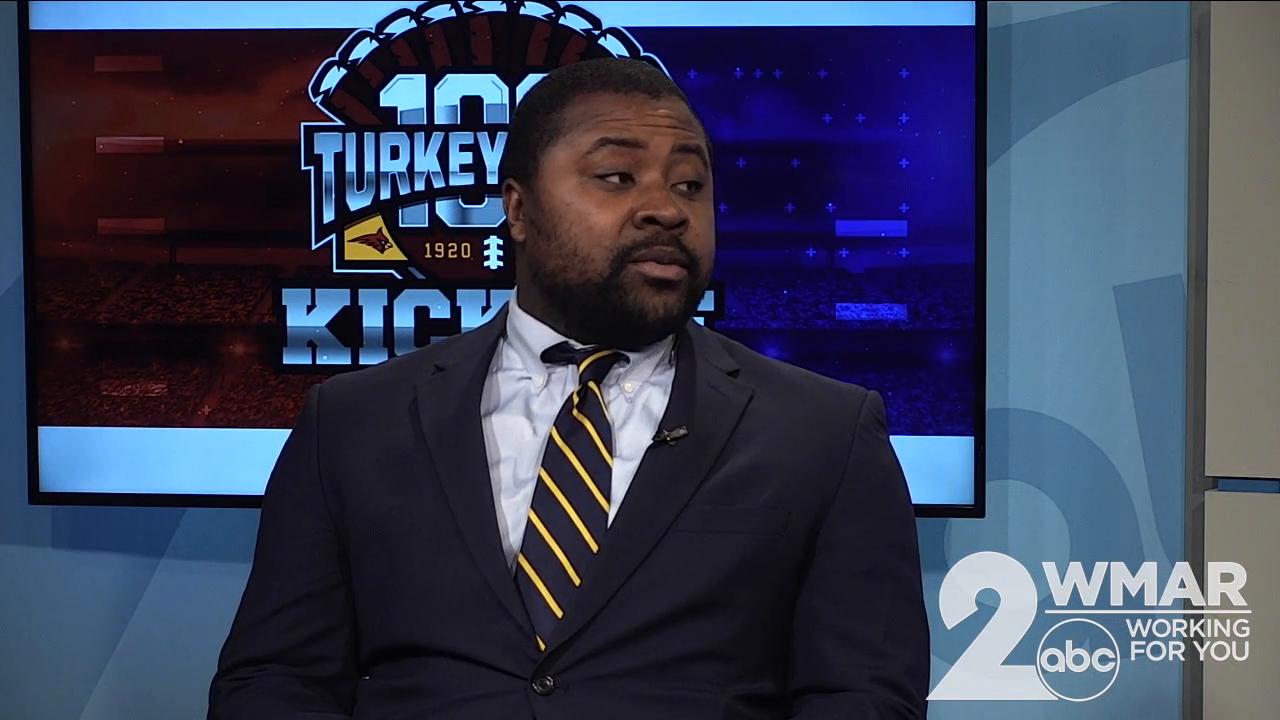 Calvert Hall and Loyola take the field at Towson’s Johnny Unitas Stadium on Thanksgiving for the 100th Annual Turkey Bowl.

Calvert Hall and Loyola take the field at Towson’s Johnny Unitas Stadium on Thanksgiving for the 100th Annual Turkey Bowl. The game will kick off at 10:00 a.m. air live on WMAR, online at WMAR2News.com/Live and on all of your streaming devices.

Prior to the game, WMAR-2 News Sports Reporter Shawn Stepner spoke with members of both teams to hear their thoughts on this holiday tradition and what it means to take part in this long-standing rivalry.

Anthony Zehyoue has been leading the Loyola Dons on the gridiron since 2017, when he was promoted to head varsity football coach. He was an assistant coach for the two prior seasons. He has an impressive football background, playing defensive line at Louisiana State University from 2004 to 2007, where he earned a bachelor's degree in history. Zehyoue was part of the Tigers' 2007 National Championship squad. He earned a master's in teaching from the school in 2009.