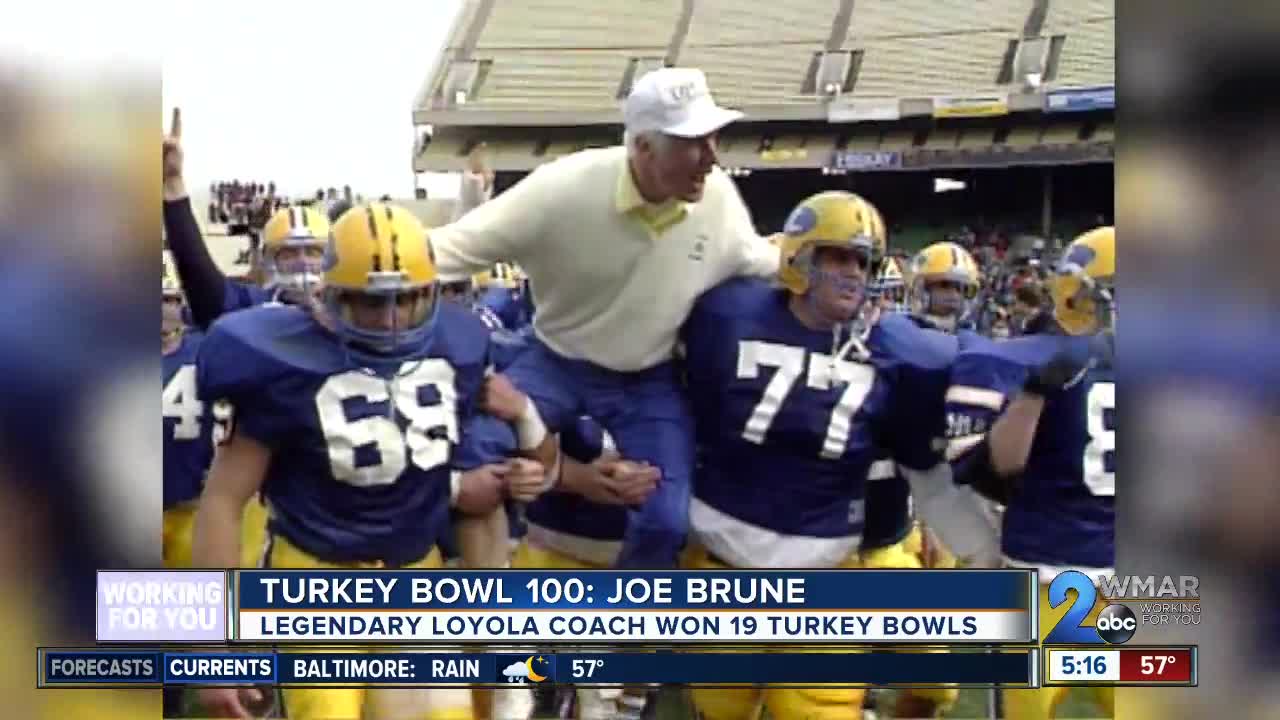 TOWSON, Md. — No matter what age you are, if you’re a football fan in Baltimore, you probably recall the first time you attended the Turkey Bowl.

“I can remember the first game I saw,” said legendary Loyola Blakefield Head Coach Joe Brune. “It was with my father and I don’t know exactly how old I was but I was young enough that I had to hold his hand.”

For decades Joe Brune was the one extending his hand to coach and mentor countless players at Loyola. Brune, 85, coached the Dons for 35 years. He tenure ended in 2001 with the record of 212-139-1. 19 of those wins came in the Turkey Bowl. Those Thanksgiving day victories over Calvert Hall meant everything to the Dons faithful.

“We could have a terrible season and beat Calvert Hall and then I’d run into an alumnus during the winter time and he’d say ‘Ya’ll had a great year this year, didn’t ya?’. Yeah. Yeah,” said Brune.

What Brune looked forward to each and every year was the days leading up to the biggest game of the season.

“The buildup. During the season you’re playing - every weekend you’ve got a game. Usually we had a week-and-a-half, sometimes a little bit more, to get ready. So, the anticipation builds up and also during that time former players would stop by and reminisce.”

Brune hopes his legacy is more about the impact he had on his players rather than the victories or defeats.

“I enjoy when a former player runs into me or I run into him and he begins to recount the game, whether it was a win or a loss.”

His message to the thousands that will pack Unitas Stadium on Thanksgiving day:

How much better did the Turkey taste if he won the game?

“Considerably better and the whole meal was a whole lot more enjoyable,” he laughed.