Turkey Bowl 100: From rivals to teammates 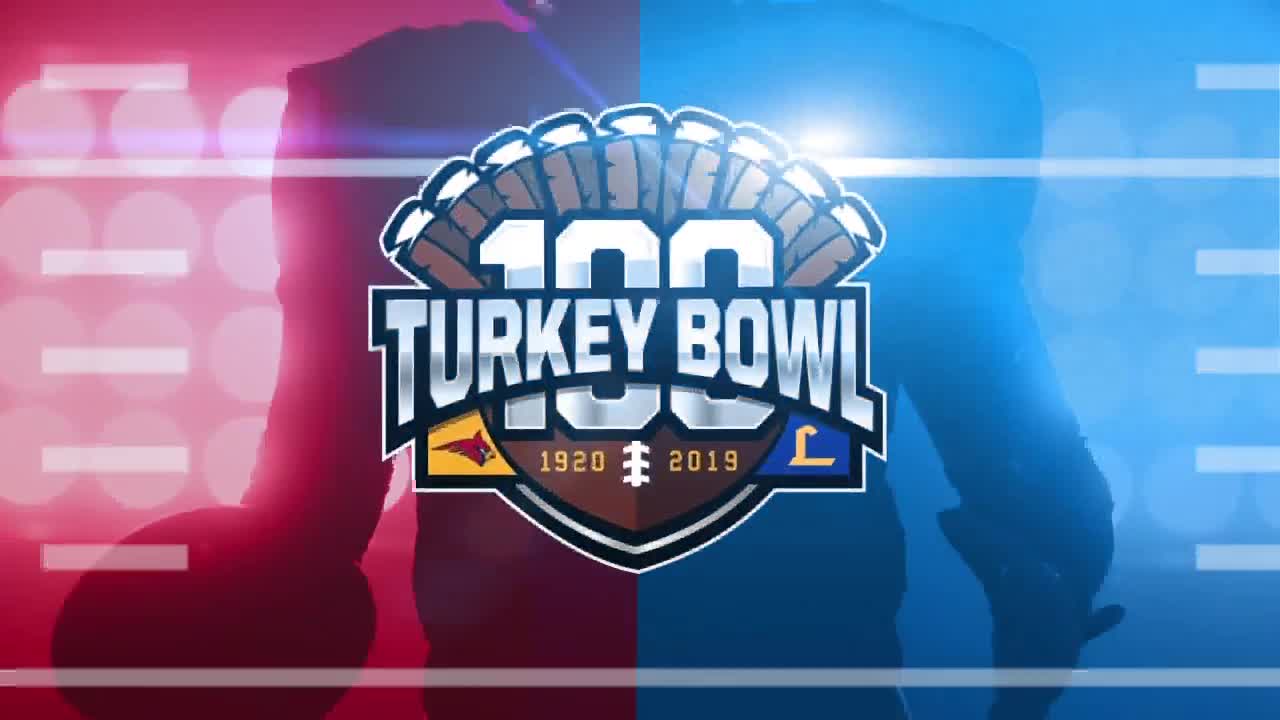 WESTMINSTER, Md. — It is the oldest continuing series between Catholic high school football teams in the country.

The annual Thanksgiving Day contest between Calvert Hall College High School and Loyola Blakefield, known as The Turkey Bowl, is steeped in tradition. The 100th game takes place on November 28.

But what happens when bitter rivals become teammates? The answer is found in Westminster.

They may walk the same friendly path now, but for Nate Leishear and Owen Reese the journey to playing football in college started as athletic adversaries.

Leishear is a wide receiver for McDaniel College. He graduated from Loyola in 2016.

Reese is a tight end for McDaniel College. He graduated from Calvert Hall in 2017.

“Me and Nate are on the same football team now,” said Reese. “Who would have thought?”

When Nate transferred to McDaniel a couple years ago Owen immediately started the trash talk.

“Literally the first time he came up to me he goes ‘Oh, you’re the new Loyola kid.’ I was like ‘Yeah, what does that mean?’ He said ‘I went to Cavlert Hall.’ I was like here we go,” laughed Leishear.

They still remember where they came from and the biggest game of the year: The Turkey Bowl.

“It’s one of the most historic high school football rivalries and school rivalries in the country,” said Leishear. “Generation after generation, people have been coming to the game.”

“100 years is something crazy and to be a part of that for four years is awesome,” added Reese.

“My sophomore year we won in overtime,” recalled Leishear.

“My senior year just because we blew Loyola out of the water,” said Reese.

Those moments are now a distant memory. Now they fight for the same team.

“We were enemies in high school but coming together playing college football, you go through a lot of stuff together,” said Leishear. “All the blood, sweat and tears we’ve shed together here makes us a lot stronger and, not forget about the rivalry because that will always be there, but it overcomes that.”

“No way. Calvert Hall all the way,” answered Reese.

I guess they won’t be standing by each other on Thanksgiving Day.

The Brooks Financial Group Turkey Bowl 100 kicks off on Thanksgiving morning at 10:00 a.m. As always it will air live on WMAR and stream live on wmar2news.com/live.