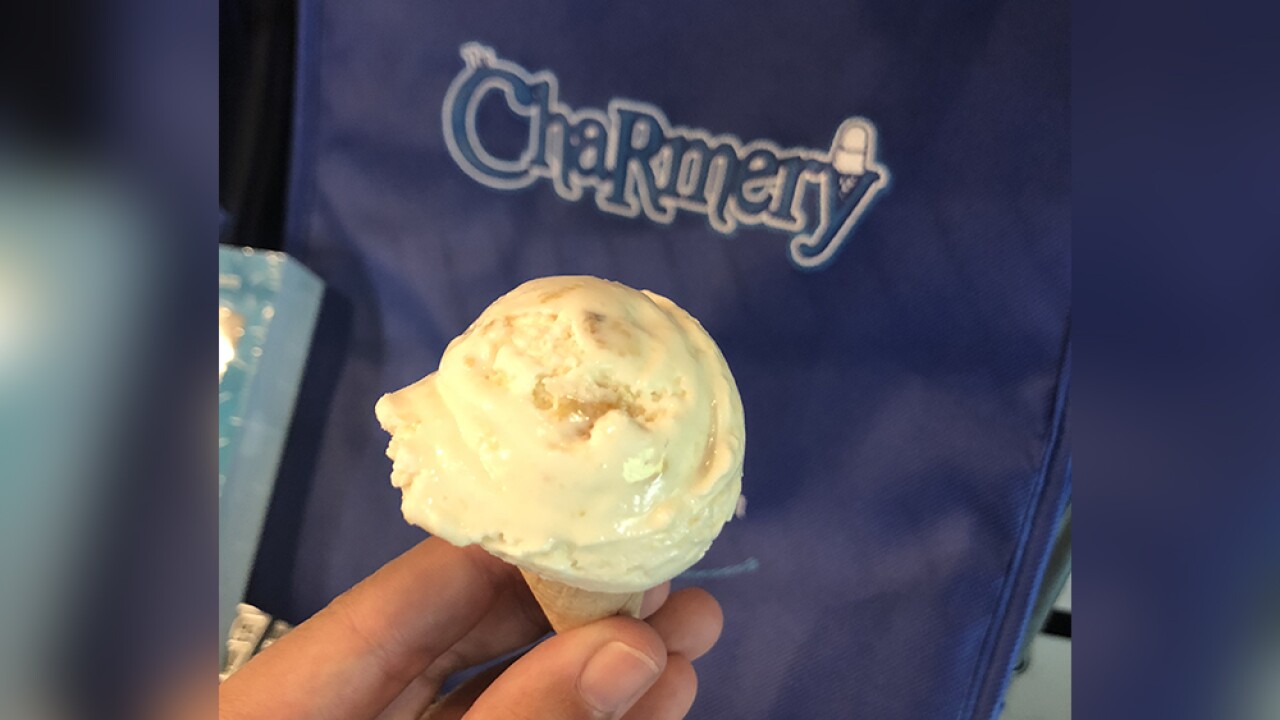 Ice cream cone at The Charmery

BALTIMORE — The Charmery is getting ready to celebrate its 6th anniversary this weekend by hosting sitcom-themed parties at each of its locations on Saturday, August 3 that will feature seven new, TV-inspired flavors. Here are just a few:

The Charmery is also giving a free baby scoop with each purchase. You can find the Charmery in Hampden on The Avenue, at Union Collective off 41st Street, and in Towson on York Road. The ice cream shop is getting ready to open its fourth location in Federal Hill.

Last year, The Charmery started a passport contest and will run it again this year. Everyone that visits all three locations on Saturday, August 3 will receive a free limited edition mug and be entered into a raffle to win a Sundae To Go Go for up to 30 people!