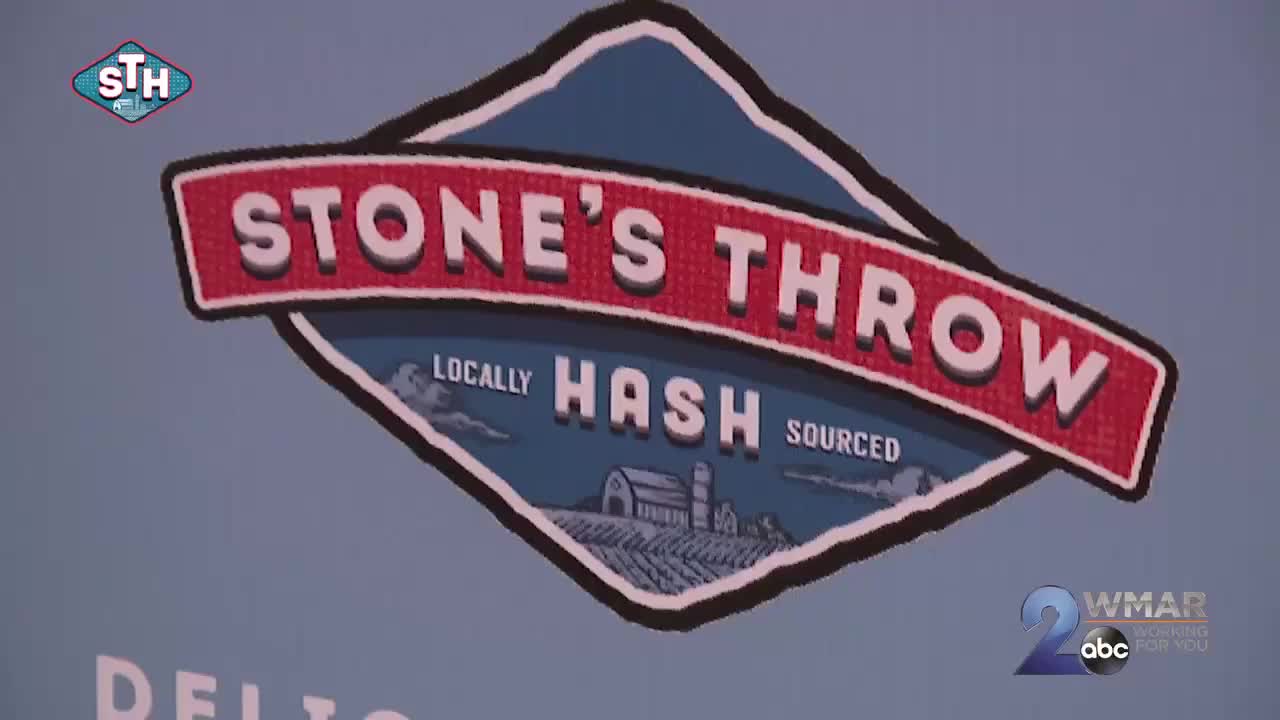 Stone's Throw Hash in Pop Up stall in R House

BALTIMORE — I recently started seeing Stone's Throw Hash pop up on our Tastebuds Instagram feed and was intrigued by their hash dishes. They certainly didn't look like the hash browns I grew up eating. They looked SO much better!

So when I saw Stone's Throw Hash would be occupying the Pop Up stall at R House for a week, I was excited to try it. Anything that is open before 9 a.m. is worth a visit in this super-early-riser's book.

It was such a pleasure to meet Ben James, the owner and creator of Stone's Throw Hash. You can tell he's very passionate about making flavorful, creative dishes using locally-sourced foods. All of the food is sourced within 200 miles of Baltimore, or just a "stone's throw away." Get it?

Check out the video above to see what James and his team are cooking, including their new seasonal dish, the El Bisonte, made with bison from Gunpowder Bison in Monkton. If you like things a little spicy, this is the hash for you.

You'll also learn why James decided to start this business, which officially got off the ground at the end of April of this year.

And they'll be going mobile soon so look for their food truck in a couple of weeks.

James has lived in several cities, and this is his second homecoming to Baltimore.

"We love Baltimore too," James said. "It’s a great place to start this business. We are really passionate about the local food and bringing that to life here in Baltimore.”

That's exactly what this city could use right now: a lot of love and a lot of yummy hash dishes.

Here is the times that you can catch Stone's Throw Hash at R House: