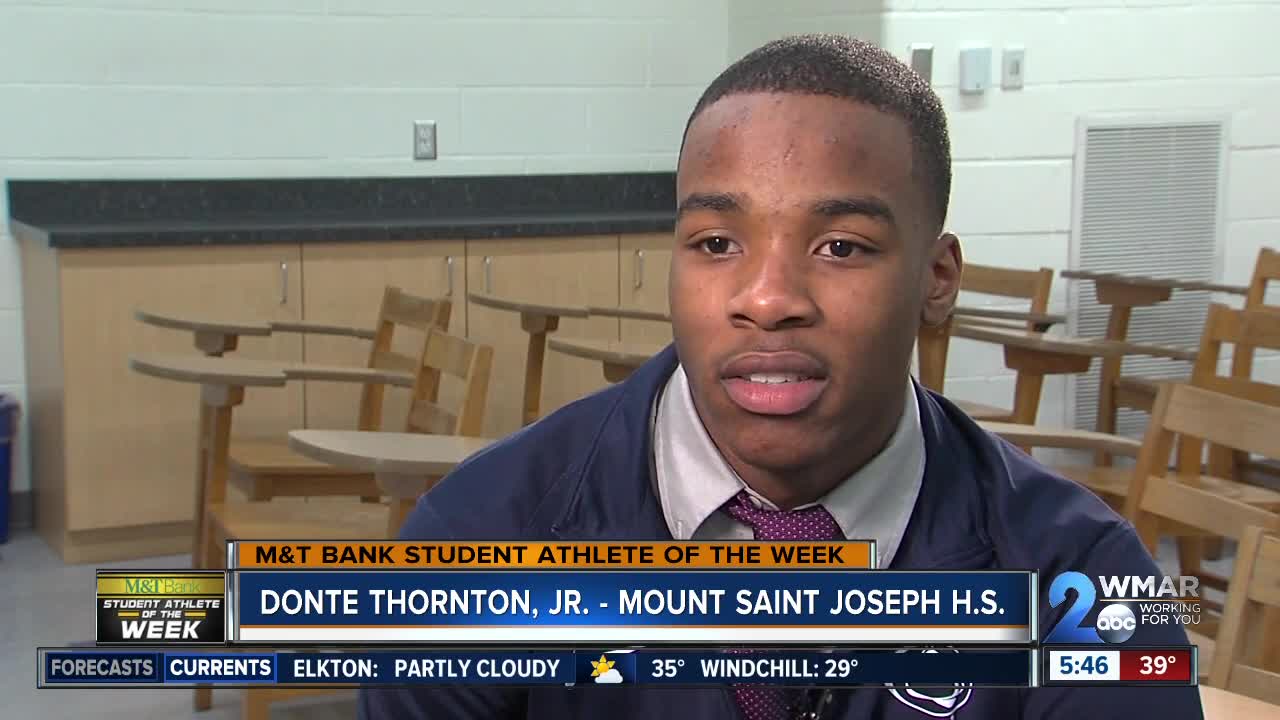 If you're looking for Donte Thornton, Jr. he's probably practicing or playing one of the following sports: Basketball, football, outdoor and indoor track. 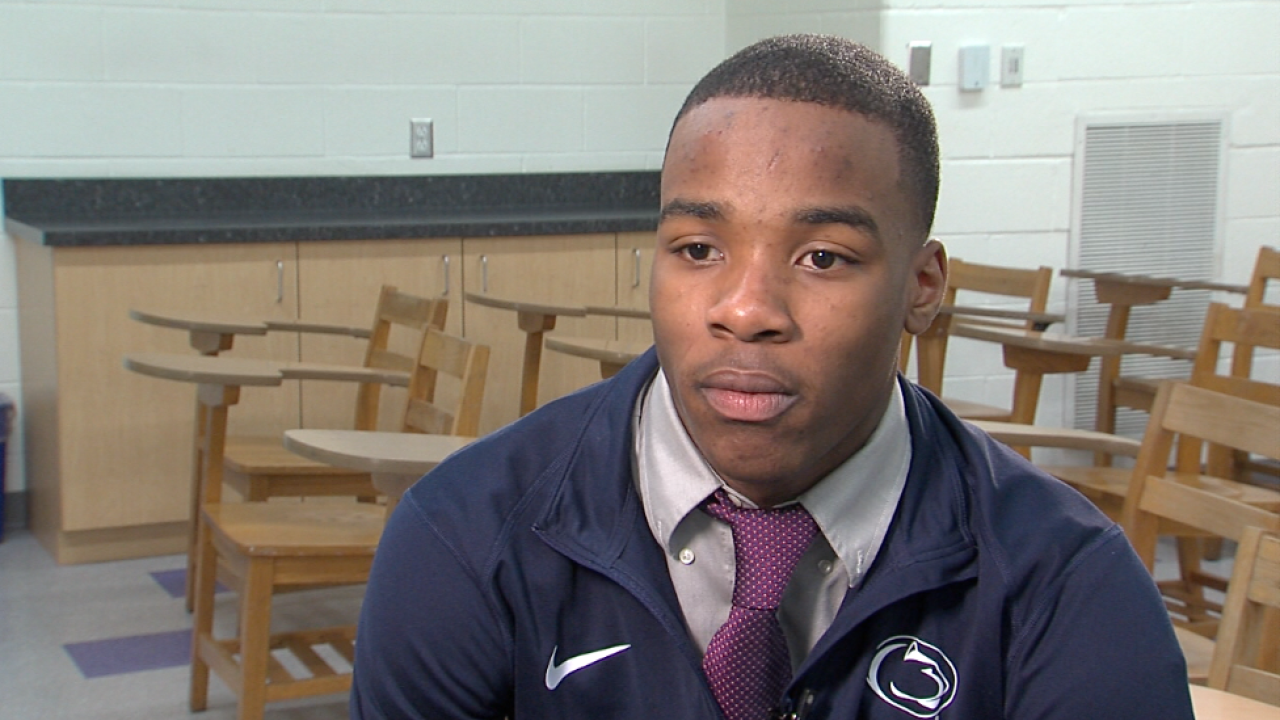 BALTIMORE, Md. — If you're looking for Donte Thornton, Jr., he's probably practicing or playing one of the following sports: Basketball, football, or outdoor and indoor track.

But his main love is football.

“In Maryland I'm ranked No. 1 receiver in my class for receiving yards. I finished the season with 17 scholarship offers. I'm committed to Penn State University right now,” he said.

The Mount Saint Joseph sophomore has big plans on the field.

“Since I was younger I always had a dream of playing in the NFL,” said Donte.

And off of it.

“I play with the motive of I'm going to give my mother a house one day,” he added. “That's what makes me drive harder.”

“Academically I have to focus so that, when it comes to college, I'll be well prepared for everything,” he said.

Donte is class president and holds a 3.9 grade point average.

“One of my goals is to finish in the top ten for my class with grades and then finish as No. 1 receiver in Maryland and in the nation,” said Donte.

“He's a great kid. He's always smiling. He's always running around,” said head football coach Richard Holzer. “You never have to tell him to hustle. He's first one on the field, last one off.”

This version of a student athlete, emphasis on 'student', doesn't come around too often.

Congratulations Donte. You're this week's M&T Bank Student Athlete of the Week.

To nominate a student athlete to be the next M&T Bank Student Athlete of the Week click here .