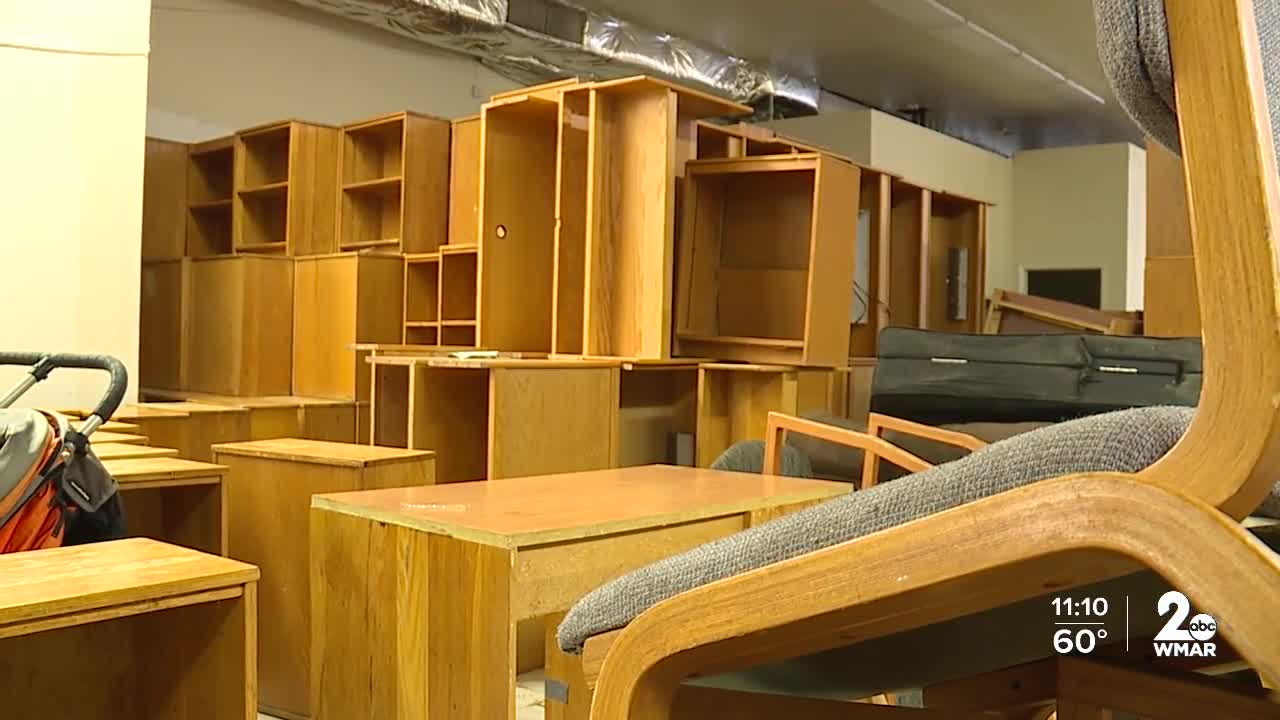 A number of students in Maryland are still without internet access and laptops. But even if they had a device, many of them don't have a desk to put it on.

BALTIMORE — A number of students in Maryland are still without internet access and laptops. But even if they had a device, many of them don't have a desk to put it on.

The Baltimore Furniture Bank, a local non-profit that typically provides furniture to low-income families moving into a new home, shifted their operations to help get a desk to as many kids as possible.

As school districts in the state turned to virtual learning for the start of the fall semester, the need for desks skyrocketed, said Baltimore Furniture Bank's Co-Founder John Devecka.

“We know there was a need, but this need was nuts," he said.

It’s why the non-profit started a campaign called Baltimore Kids in Need of Desks (BKIND). The organization received donations, including about 500 desks from American University, to help kids transition to virtual learning.

But the organization found the need for desks was even greater than they thought.

“We expected you know 10, 20, 30 requests and we got over a thousand requests in a matter of days," Devecka said.

Damien Haussling, who is also a co-founder of the non-profit, called the response "overwhelming".

"It's really exciting to do this," he said. "If you’re forced to study at home, you really do need a place where that’s all you do...having a special place where you focus on school work is really what you need to be able to focus and learn the best way."

Haussling said the organization is still accepting donations. Because even after giving away hundreds of desks, the non-profit knows the need is still there.

“You really saw what the need was and how expansive it was in the Baltimore region," Devecka said.

Devecka added the Baltimore Furniture Bank still has more than 300 people on the waiting list, but they need more desks.