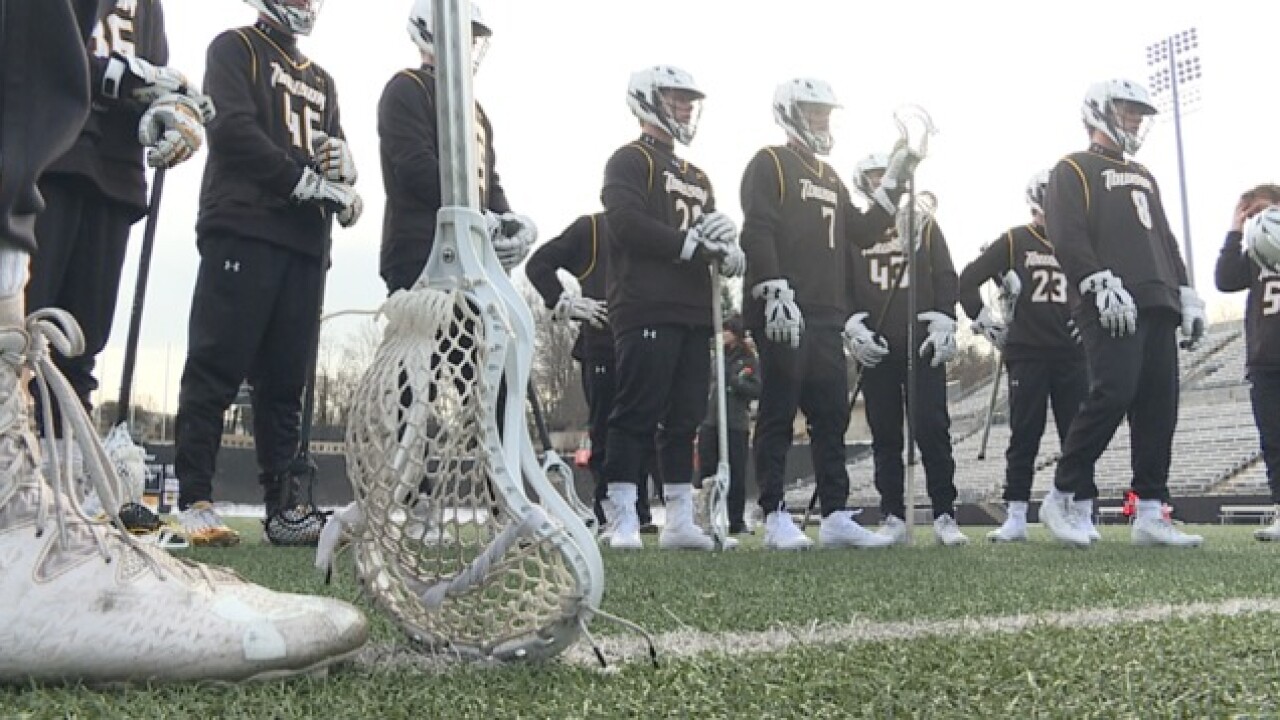 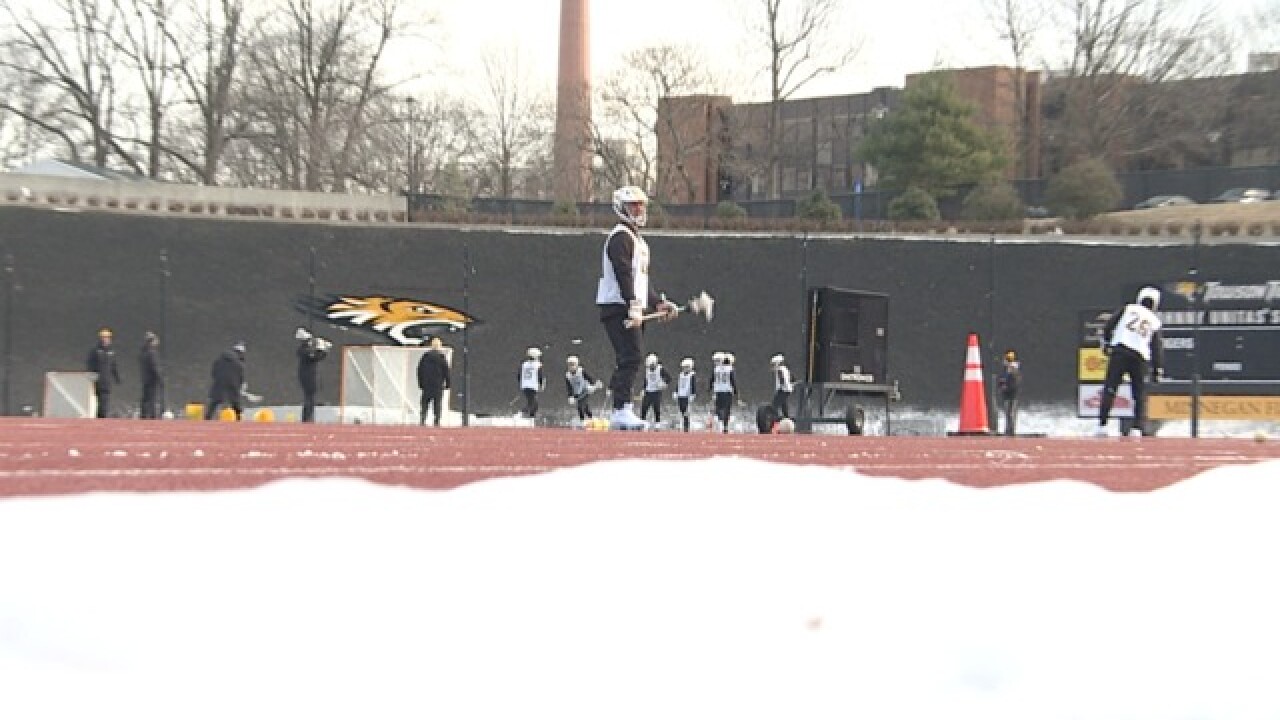 In Baltimore any weather is good weather for a little lacrosse. That was definitely the thinking Monday at Towson University.

With the field lined with snow and the temperature in the 20's, the Tigers hit the field for their first practice of the season.

"The elements probably just make it even better," said Tigers attack Drew Laundry. "Everybody is fired up and ready to go."

For the first time in 16 years, the Tigers begin the season on the heels of an NCAA Final Four berth.  Last year brought their first national semifinal appearance since 2001.

"Being able to go to the Final Four helped our program establish a little bit more national recognition than what we've had in the past possibly," said Tigers Head Coach Shawn Nadelen. "But, for the guys that were part of that team it just shows what a lot of hard work, a lot of belief, a lot of trust and determination can get you."

The most turnover on the roster this year comes on offense. Towson lost several key pieces to graduation, including the likes of All-Americans Ryan Drenner and Mike Lynch.

"Getting those guys on the field offensively, and a lot of reps together, is going to help us obviously in the chemistry department and be able to hopefully get those guys gelling much quicker," added Nadelen.

The Tigers have about a month to get things up to speed. They open the season on February 10 when they visit crosstown rival Johns Hopkins.