The Orioles are gearing up for Opening Day! 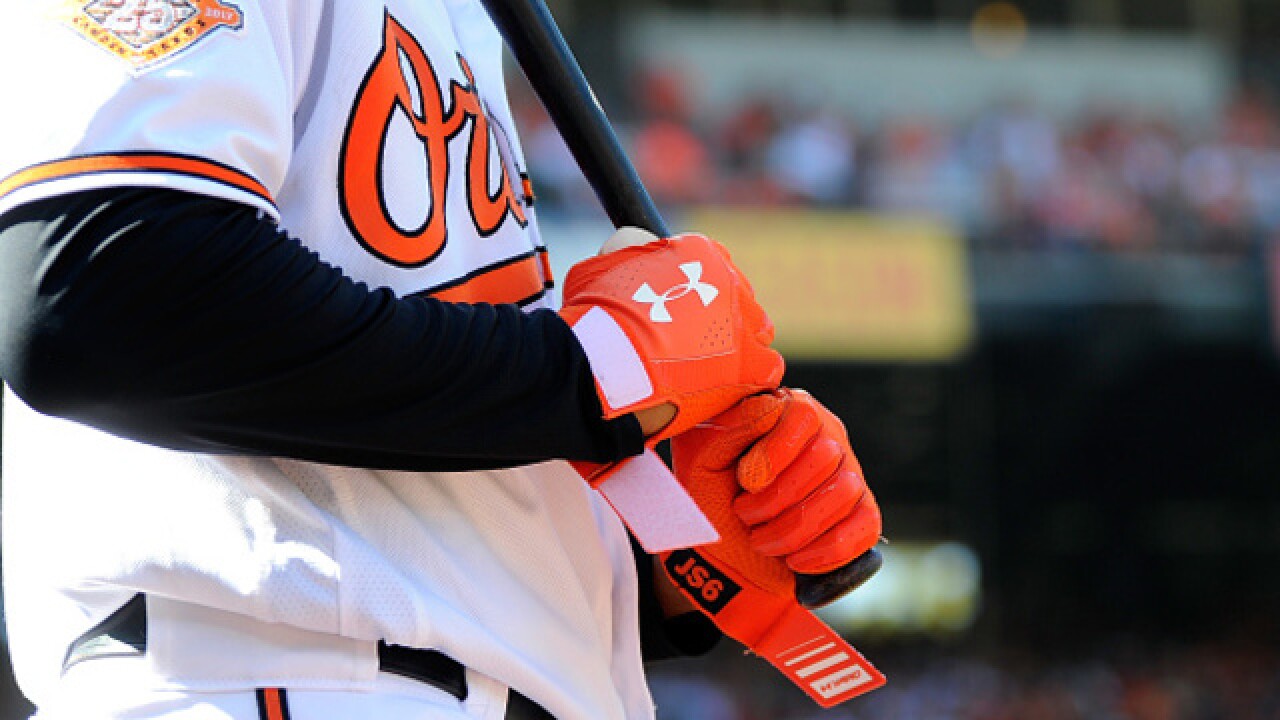 Copyright 2018 Scripps Media, Inc. All rights reserved. This material may not be published, broadcast, rewritten, or redistributed.
G Fiume
<p>BALTIMORE, MD - SEPTEMBER 24: Jonathan Schoop #6 of the Baltimore Orioles wears Under Armour batting gloves during the game against the Tampa Bay Rays at Oriole Park at Camden Yards on September 24, 2017 in Baltimore, Maryland. (Photo by G Fiume/Getty Images)</p>

Baseball is officially back in Baltimore. Doesn't it feel good!

The O's are ready to get this thing started tomorrow afternoon. They host the Minnesota Twins for game number 1 of 162.

The rain was actually getting in the way of the on-field workouts today.

Manager Buck Showalter and his pitchers were the only ones on the diamond this afternoon, most of the position players were inside getting some batting practice in.

One of the major storylines heading into this season, the future of now shortstop Manny Machado. His contract is up for this year. Manny, speaking about how different this season feels, mentally, a season which could be his last as an Oriole.

"I live in the moment. I don’t look ahead. try to look forward to the only moment I’m looking forward to is tomorrow walking down that orange carpet and playing again in oriole park. this is where I’ve come up. This is one of the best moments always looking forward to opening day. Being part of a team. Being part of a great organization. After that, we can’t control anything that happens in the future, just what we can control now," said Machado.

Manny went on to say he has a lot of memories in this park, those memories will always be with him and will never be forgotten.