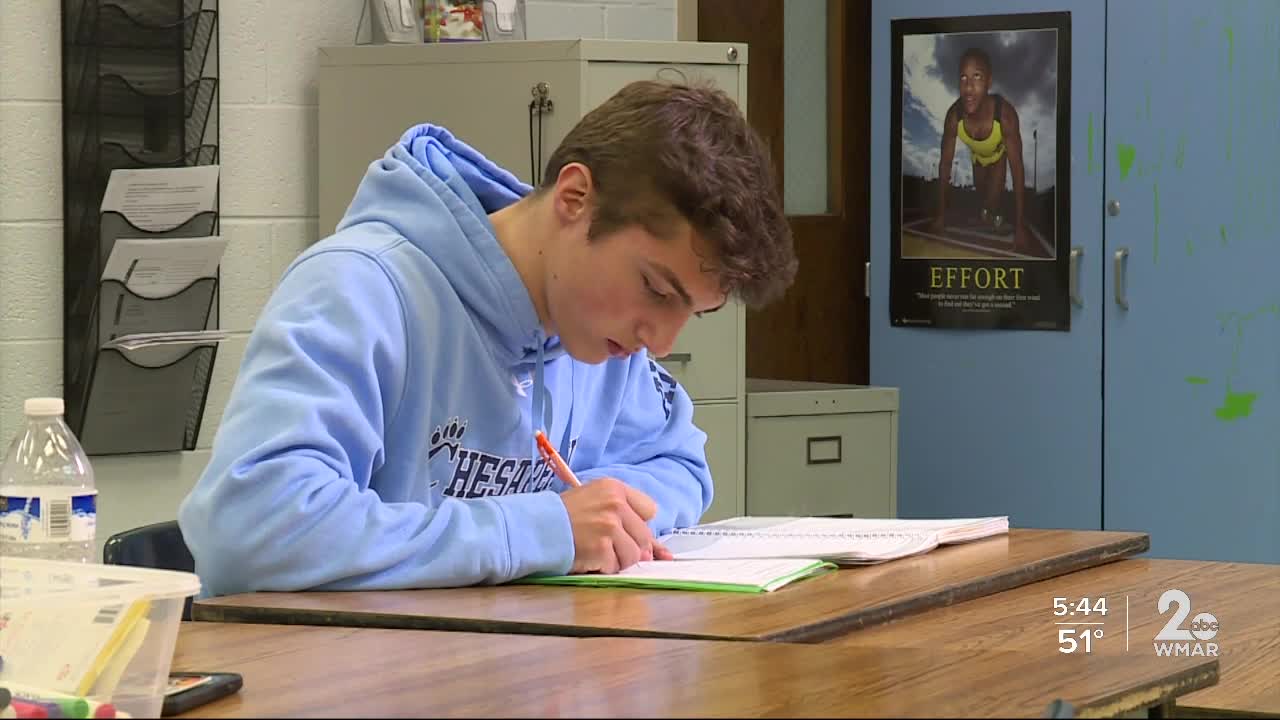 Victor Listorti is on his way to becoming the best wrestler in the history of Chesapeake High School. He recently surpassed the 100 victory milestone.

PASADENA, Md. — Victor Listorti is on his way to becoming the best wrestler in the history of Chesapeake High School. He recently surpassed the 100 victory milestone.

"Since my sophomore year I was looking forward to getting that, just working hard in practice and stuff," he said.

The Cougars junior has his eyes on a more significant number.

"Next year I want to break the school record, which is 132 wins. Hopefully I can get that," added Listorti.

"With him 100 wins is only the beginning," said Chesapeake Head Wrestling Coach Randy Curtin. "We want to see if he can get to 150."

This weekend Victor is competing the state tournament in the 160 lbs. weight class. He took first place in the Anne Arundel County meet and the 3A/4A regional meet.

"I'm looking to do well in states, hopefully place or hopefully be a state champ," said Listorti.

"The confidence and just the aggressiveness, he wants to take his opponent down and pin him as quickly as possible," added Curtin.

While Victor may be among the best on the mats, it's on the gridiron where he finds his true passion.

"I'm looking to go to college for football," he said.

He's the starting linebacker and running back for Chesapeake's football team. Last fall he rushed for over 1,000 yards.

Off the field he puts in work as well. His grades are most important.

"Studies mean a lot because I know colleges look for it. So, school comes first."

Victor is a member of Chesapeake's Athletic Leadership Council.

"I like it because it shows you how to be a leader on your team so kids on your team can look up to you," he said.

Congratulations Victor Listorti. You're this week's M&T Bank Student Athlete of the Week.