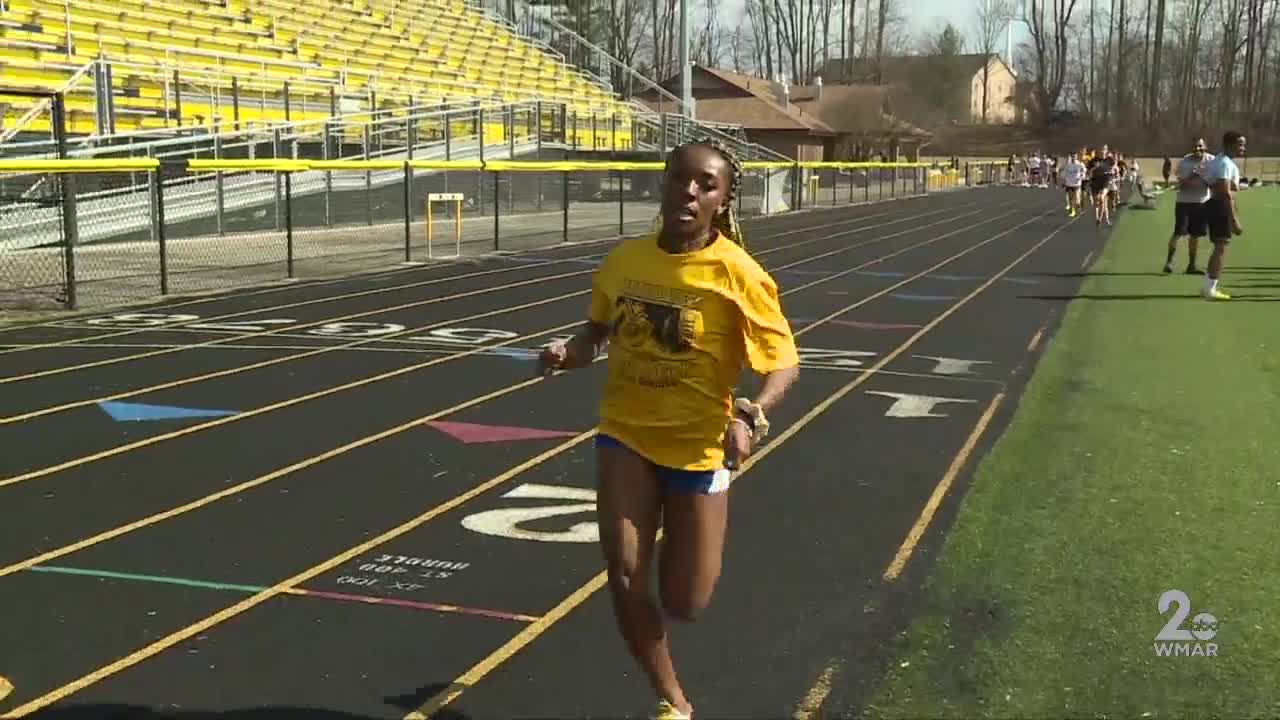 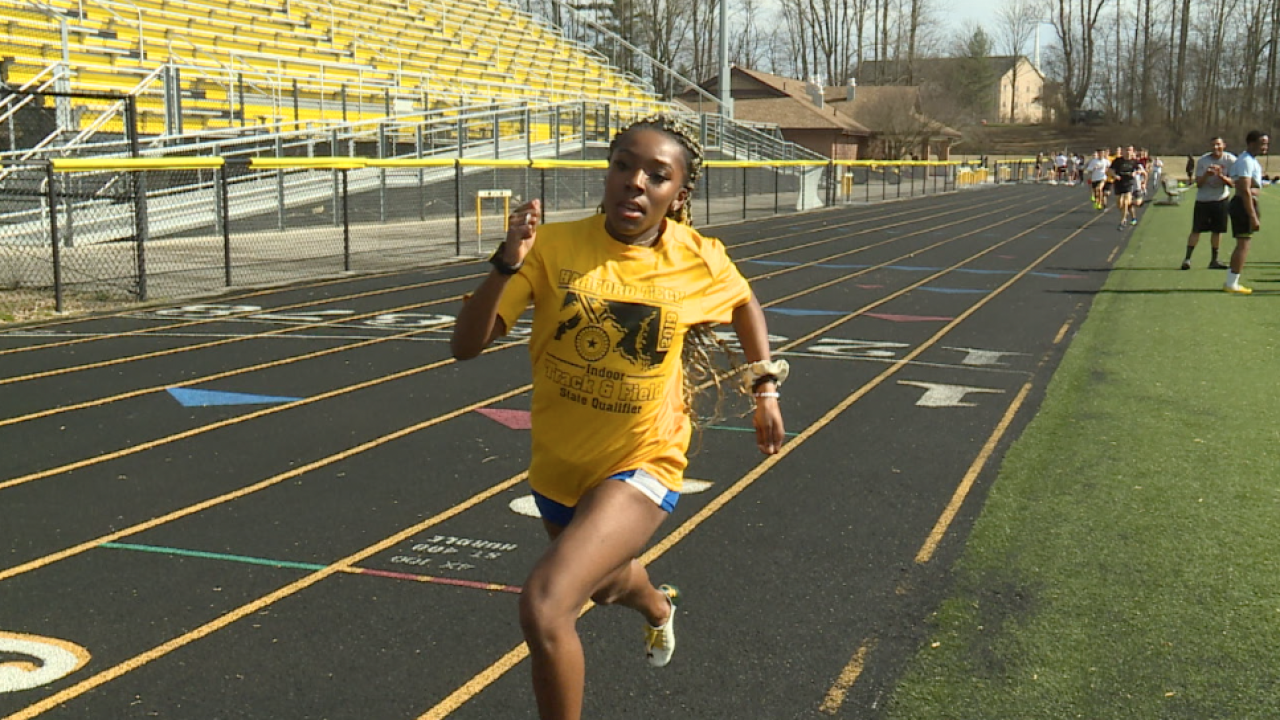 BEL AIR, Md. — Caitlyn Bobb has a passion to succeed. The junior at Harford Tech is enrolled in its cosmetology program.

"Four out of my eight classes are dedicated to cosmetology," said the junior. "So, the academic portion is - you have to crack down because you don’t have as many opportunities as other people. So, my grade point average might not be as high but I’m also graduating with my license. So it’s a win-win kind of situation."

While Caitlyn is laser focused on earning her cosmetology license, she’s also driven to earn her next piece of athletic hardware.

"I like to win and get medals. I have a collection of them. So, I like to add to the collection. It’s just really nice to just sit there and look at them," she said.

Caitlyn is a 15-time track and field state champion running individual and relay distances ranging from 200 to 400 meters. She also owns a couple national titles. You could say she was born to run. Her father, David, is a former All-American at UMBC and its current track and field coach. Her mother, Dawnette, is a former Olympian. She represented Bermuda in 1992. Caitlyn is poised to follow in her mom’s footsteps this summer.

"I got accepted to go to the 2020 Olympics in Tokyo," she said. "I run internationally, so I run under Bermuda because I am Bermudian. I do have dual citizenship."

She is set to compete in the 400 meter dash. But realizing that Olympic dream is in jeopardy.

"With the [corona]virus going around we’re not so sure about if they are going to have that. So, we’re all just waiting for information about that."

For now she will just keep training in Bel Air with Cobras Head Coach Murray Davis.

"My focus as a coach is to protect her, is to make sure that she optimizes everything," he said. "She is a heck of a teammate and innately she’s a very good leader."