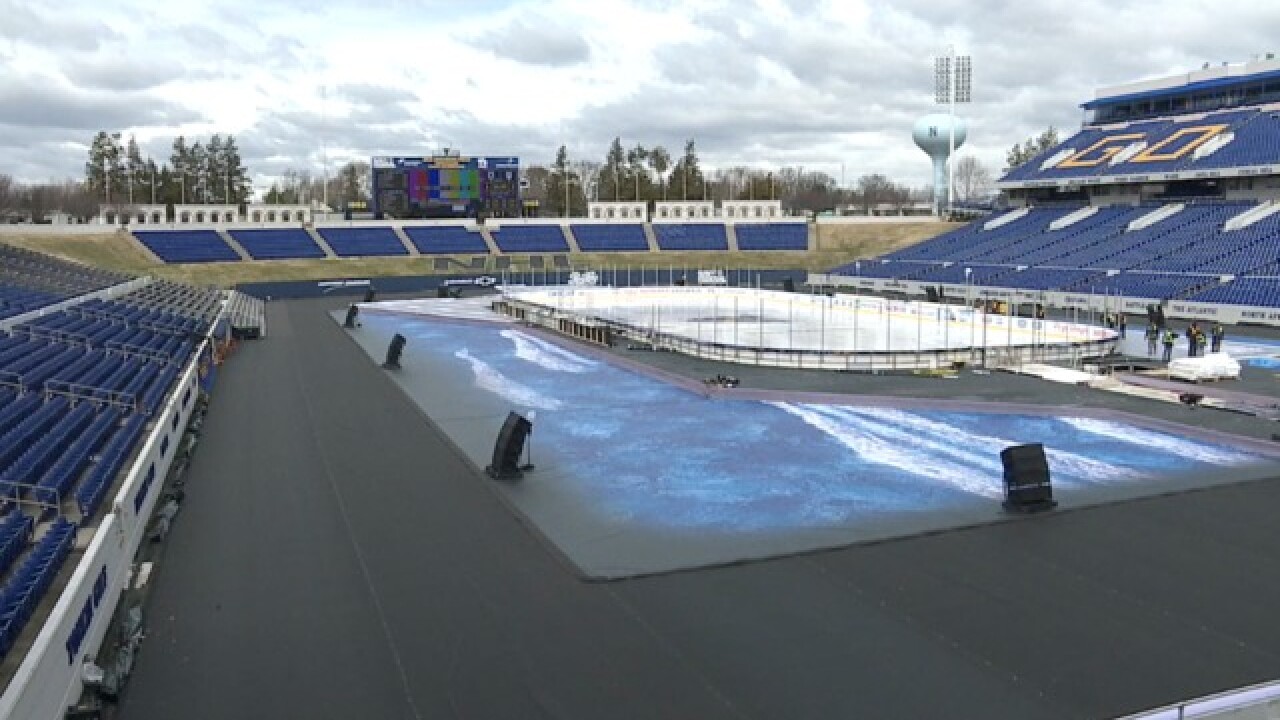 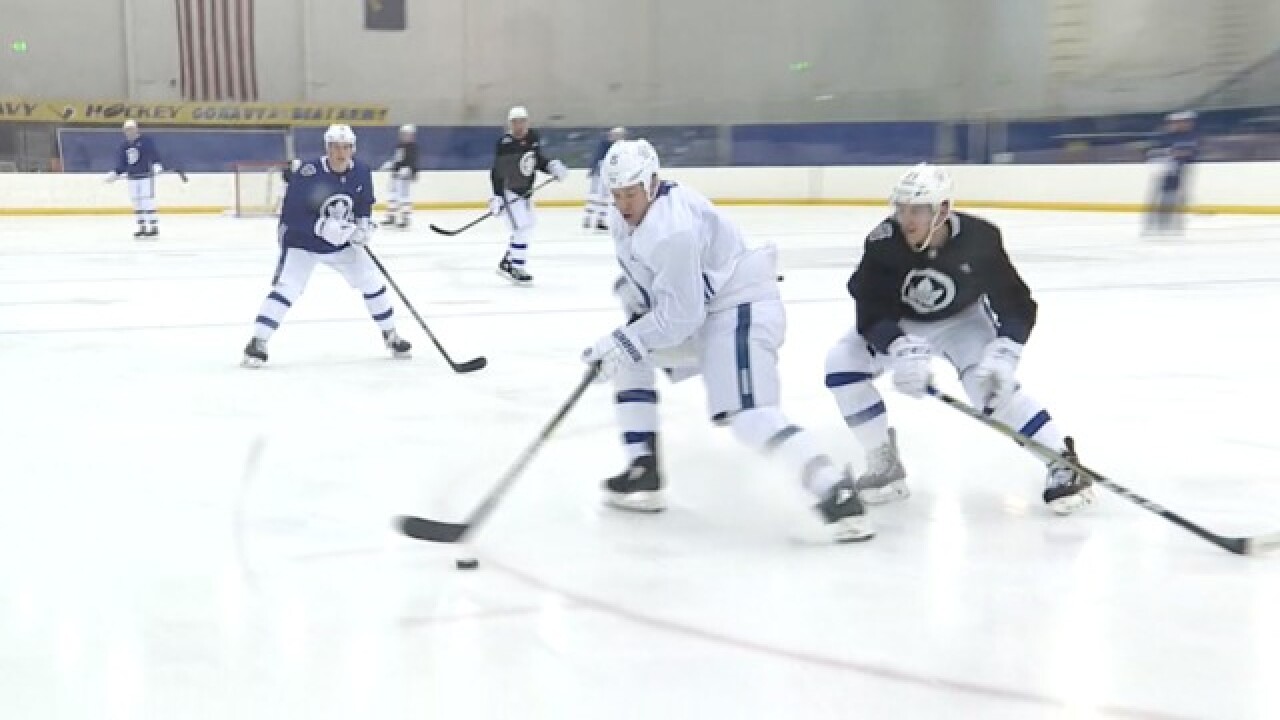 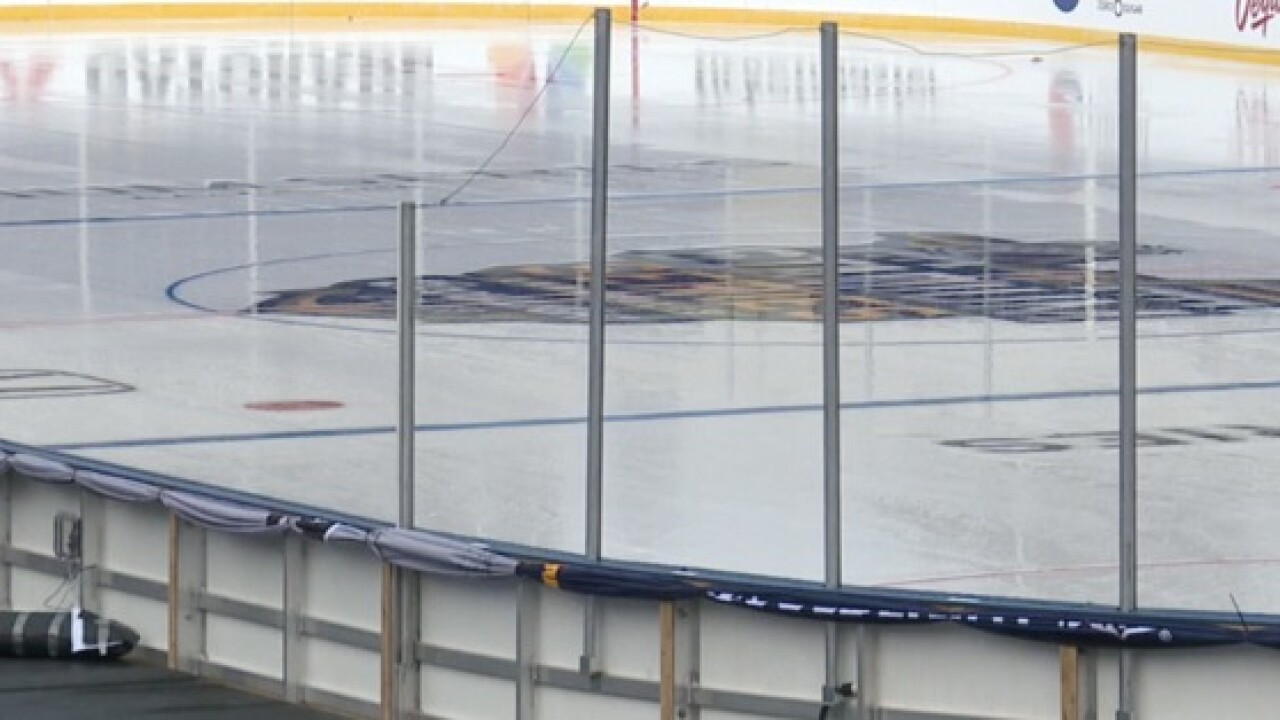 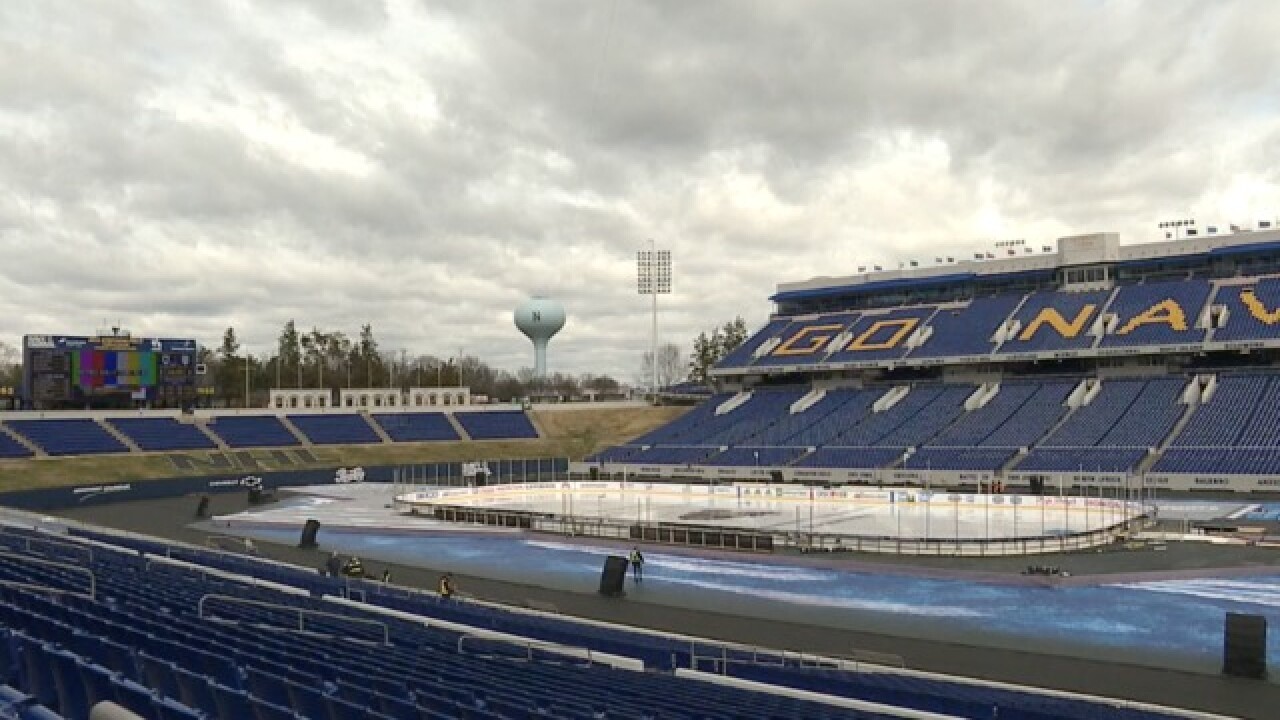 The stage is set, even with a few weather-related hiccups. The rink is all ready for the NHL outdoor game between the Washington Capitals and Toronto Maple Leafs at Navy-Marine Corps Memorial Stadium Saturday night.

For the Leafs’ American players playing at the Naval Academy is extra special.

“The history speaks for itself, coming to a place like this. The whole atmosphere of the town and stuff like that, it’s going to be pretty cool to play a game here,” said Maple Leafs forward and New Jersey native James van Riemsdyk.

“Both my grandparents fought in two different wars. The people who defend our country every day, it’s cool to be in the same area that they are,” added Maple Leafs defenseman and Minnesota native Jake Gardiner.

Nick Kypreos is back in town covering the event.  He’s a former Capitals forward and current national hockey analyst in Canada.

“My last year as a Capital we were living in Annapolis, myself and (former Capitals defenseman) Sylvain Cote,” he said. “The area is phenomenal. Hopefully it will be a great night for a lot of hockey fans.”

The wind and inclement weather forced the Maple Leafs and Capitals to cancel their scheduled outdoor practices Friday. Instead they held indoor practices. The Caps skated at their normal spot in Arlington, Va. The Leafs practiced down the road from the stadium at Navy’s Ice Arena.

That was an unexpected treat for the Levetts, who play hockey and live in Annapolis.

Puck drop for Saturday night’s game is around 8:15 p.m.