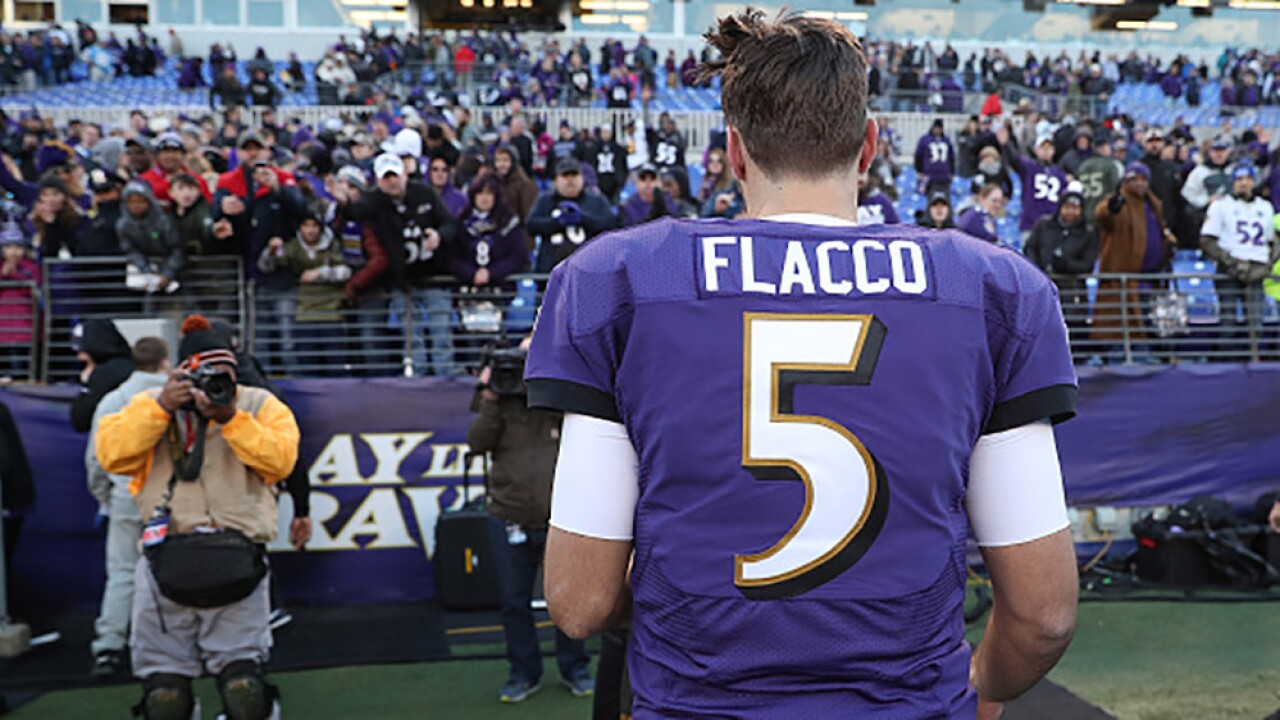 BALTIMORE — The Joe Flacco era of the Baltimore Ravens may be officially over.

ESPN's NFL Insider reporter Adam Schefter is reporting that the Baltimore Ravens have agreed in principle to trade their longtime quarterback to the Denver Broncos. Schefter cites league sources for his reporting.

The trade would swap the Super Bowl MVP for a mid-round pick. Flacco was supplanted by Lamar Jackson during the Ravens' bye week, as the team sat at 4-5 through the first half of the 2018 season. His acceptance of his role as a back-up was largely commended. It was even reported that during the Ravens' offensive struggles in their first-round playoff loss to the Chargers, Flacco felt the team should stick with Jackson at quarterback. The rookie managed a late rally, but it was not enough to overcome an early deficit.

The Ravens have made other headlines this offseason, awarding head coach John Harbaugh a new four-year contract. The 2019 will be his 12th with the team. There was turnover on the coaching staff, though, as Greg Roman was promoted to offensive coordinator, replacing Marty Mornhinweg, who left the team shortly thereafter.

The Flacco trade is not official yet. A new trade cannot be processed until the new NFL league year begins on March 13, Schefter reported.