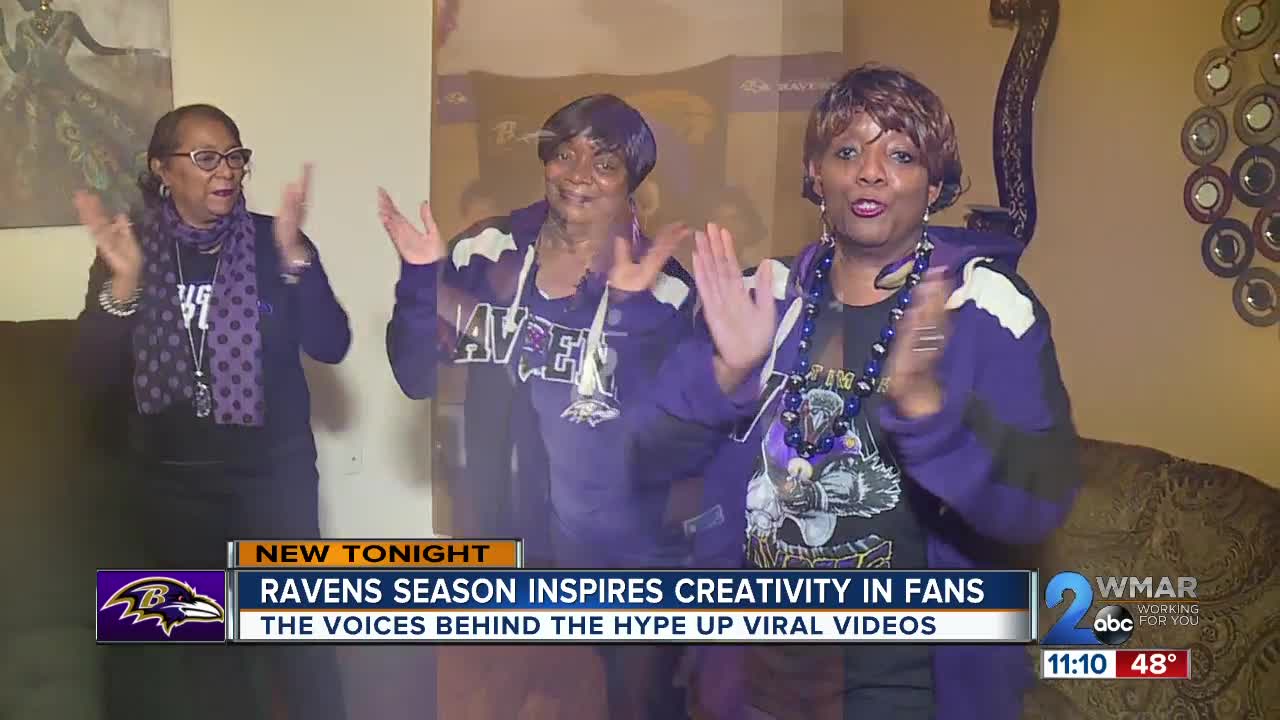 "No plays off, always ready to attack. No fear in my heart, Charm City got my back. Big boy, no little boy..." This is how "Beleedat" starts off. 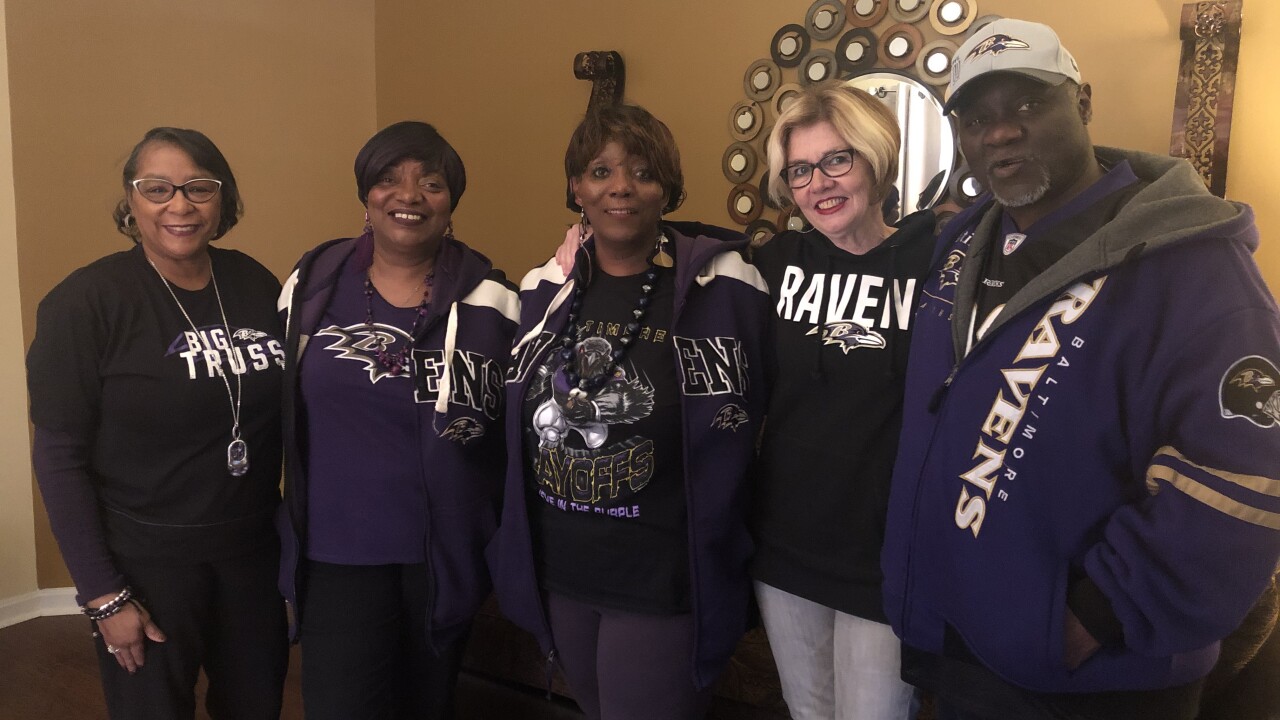 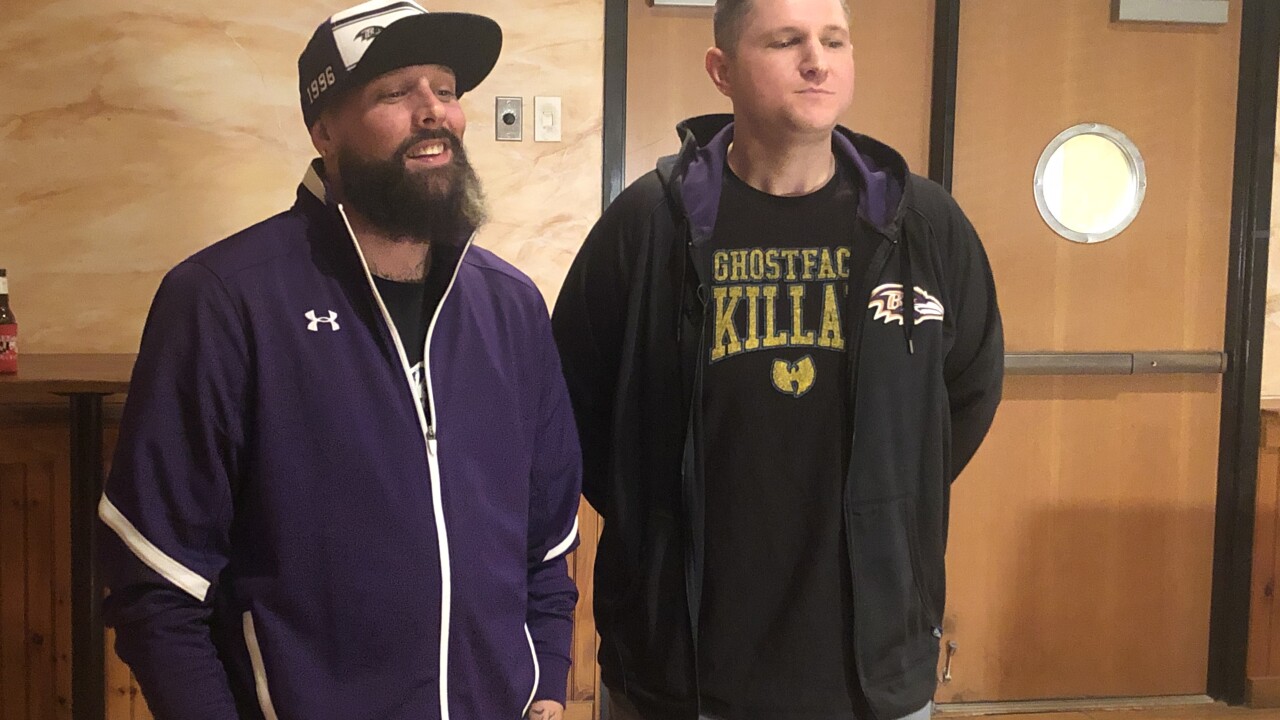 BALTIMORE — "No plays off, always ready to attack. No fear in my heart, Charm City got my back. Big boy, no little boy..." This is how "Beleedat" starts off.

It's a Ravens rap created by Matthew Richey and Robert Norton.

The two met in the music industry years ago and have become best friends. They created "Ravens Nation" several years ago and people kept asking when they would come out with another hit. This year, this team, this season was the time.

"We didn't wanna make a Ravens Nation unless the team was truly inspirational and the team was at level eleven and had it turned up so we decided that this was the time," said Richey. "Throughout the season Lamar progressed and got better and better, just dominating and for us it was kind of like we had to make a song."

Now, their song has gone viral.

We knew it would be big but I didn't know it would be this big but there are a lot of great Ravens' songs out there right now. It's awesome to see that it's not only us that are putting out the anthem to pump up the fans. It's all about the fans," said Norton.

Janet Haskins wrote her own song.

"Here we go! How about those Ravens?! Ain't they good," sang Haskins, a die hard Ravens fan. Her hope is that the team will hear her song.

"I dedicated it to them because at a crucial time when I was at a low, my love and passion for the Ravens kept me going," said Haskins.

She wrote this song when she was taking care of her mom, who recently died of cancer. Her sister challenged her to write a song.

Haskins said, "the lyrics were coming and the beat was coming and it just happened!"