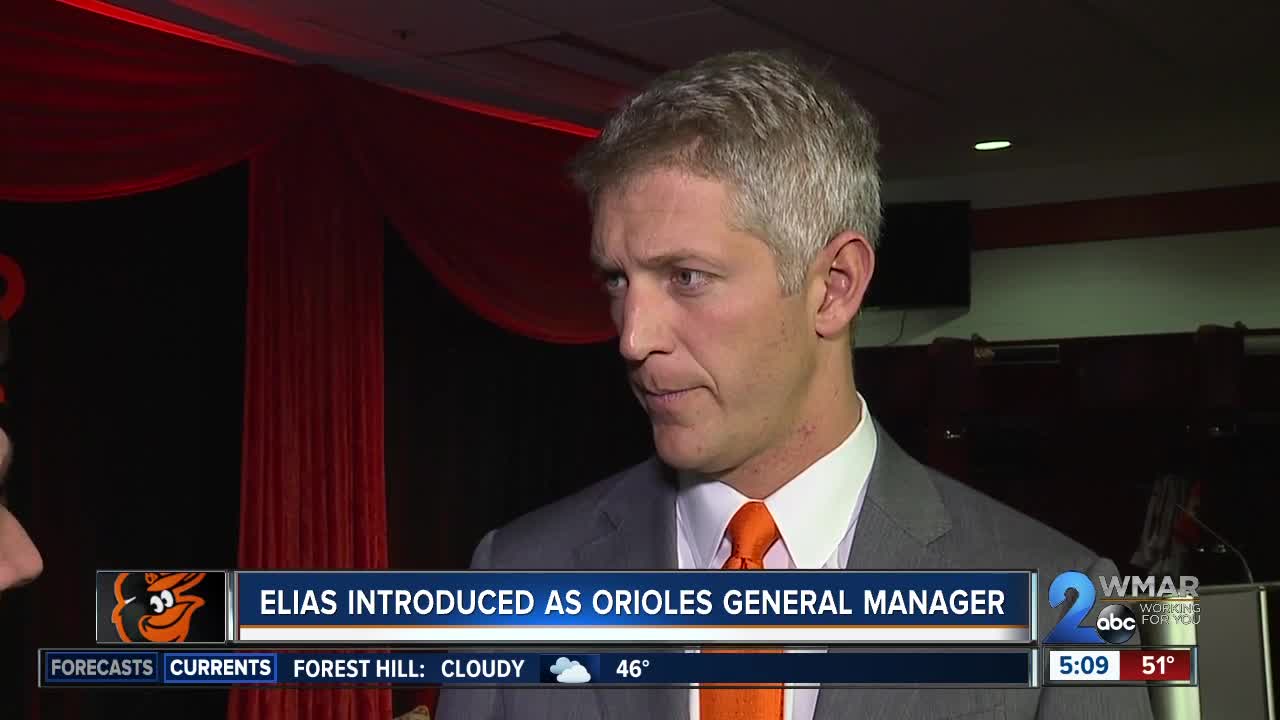 The Orioles will be all about process and patience as they rebuild the team under the direction of the new Executive Vice President and General Manager Mike Elias, Elias and John and Louis Angelos said at a press conference held Monday at Camden Yards. 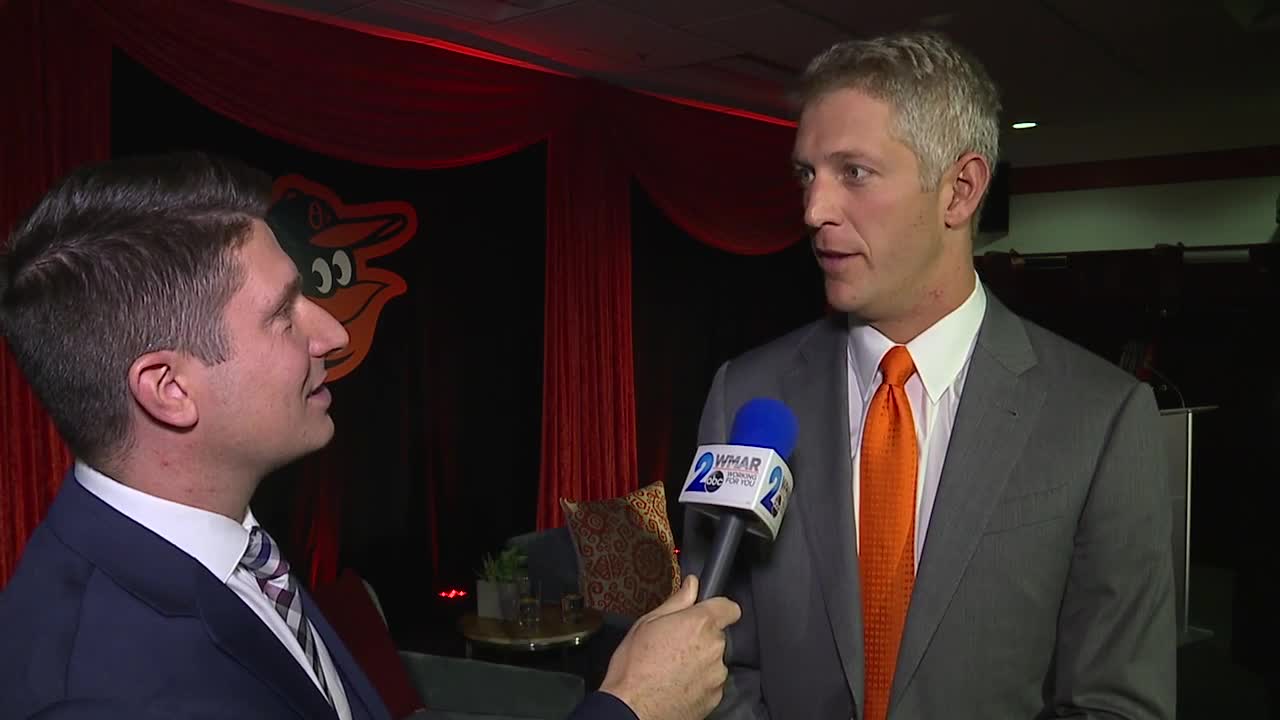 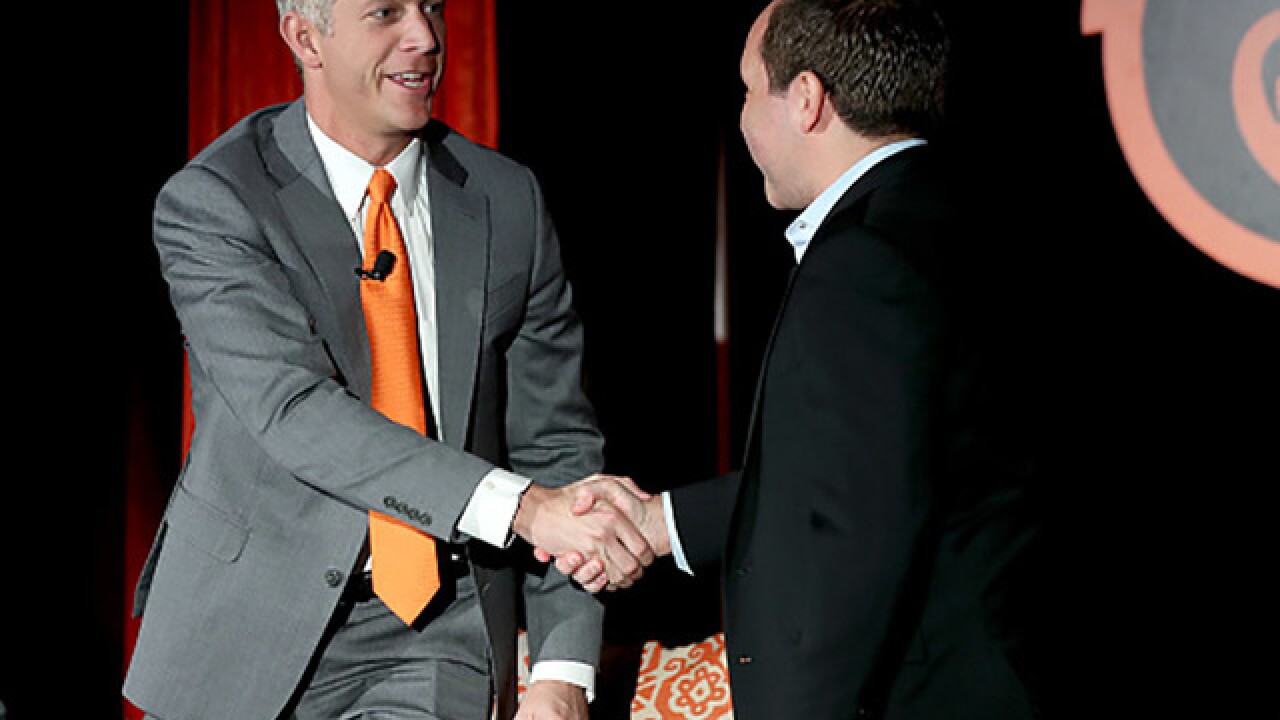 The Orioles will be all about process and patience as they rebuild the team under the direction of the new Executive Vice President and General Manager Mike Elias, Elias and John and Louis Angelos said at a press conference held Monday at Camden Yards.

Elias comes from the Houston Astros organization, where he helped cultivated one of the best farm systems in Major League Baseball. Coming through the ranks of the big leagues as a scout, Elias has a proven history of player acquisition and development, and that proclivity was frequently cited in remarks to the media.

“The plan is simple,” Elias said from a stage flanked by the Louis Angelos brothers, the son’s of Orioles owner Peter Angelos. He spoke of building a system to cultivate talent from the lowest rungs of the organization's minor league teams on up to the roster that takes the field in Baltimore. “We’re going to build an elite talent pipeline."

In his role as Executive Vice President and General Manager for the Orioles, Elias will be entrusted to rebuild the entire organization. As the Assistant General Manager in charge of Player Acquisition in Houston, Elias waited out some lean years before turning the team into a consistent contender and winner of the 2017 World Series.

While revamping the roster will require some longer-term planning, one of the first tasks on Elias’ to do list is bringing in a new manager, a decision he said he won’t rush.

“This is an important hire,” Elias said, before alluding to the idea of having a new skipper in place prior to MLB’s Winter Meetings. “It’s not something to rush for the sake of meeting artificial dates in the winter time.”

As the Orioles imploded in 2018, previous General Manager Dan Duquette started the ball rolling on roster turnover, shipping away several stars to stock the minor leagues and acquire more leverage in the international market, a talent pool of which Elias is familiar.

To be competitive you need to tap into available talent everywhere, Elias said, and that because of his deep ties in international scouting “it’s a matter of picking up the phone at this point to get us going,” he said. “We’re going to have a great International organization as soon as possible, and we’re going to be aggressive.”

Elias called the deals made last season the “right moves.”

“It was clear that it was time to bring in new, younger talent to the organization,” Elias said. “I’m glad that those moves happened, and we’re going to build off of that work.”

Part of Elias’ strategy of maximizing talent on the roster will be utilizing analytics in making personnel decisions. “It’s something that’s not optional in today’s game,” he said.

What seemed to be agreed upon between the Angelos ownership and their new executive is the trade off between autonomy and accountability. Elias will be given resources to do his job as best as possible with little meddling, John Angelos explained. In return, the responsibility for a rebuild is on Elias.

“We were on exactly the same page with what the approach should be,” Elias said. “And that is something that is necessary, A) for them to want to higher me, and B) for me to want to jump on board.”

“The buck stops with him, and he’s here to do the job,” John Angelos said. “We’ll provide the resources.”

The recent sting of the team’s abysmal season may have fans feeling like their birds are lost in the wilderness, but the trio on stage Monday cautioned patience and optimism to fans, asking them to buy in now for a fruitful pay off later.

“This is the time for fans to sort of invest along with us in the process,” Lou Angelos said. “I think it’s an exciting potential here.”