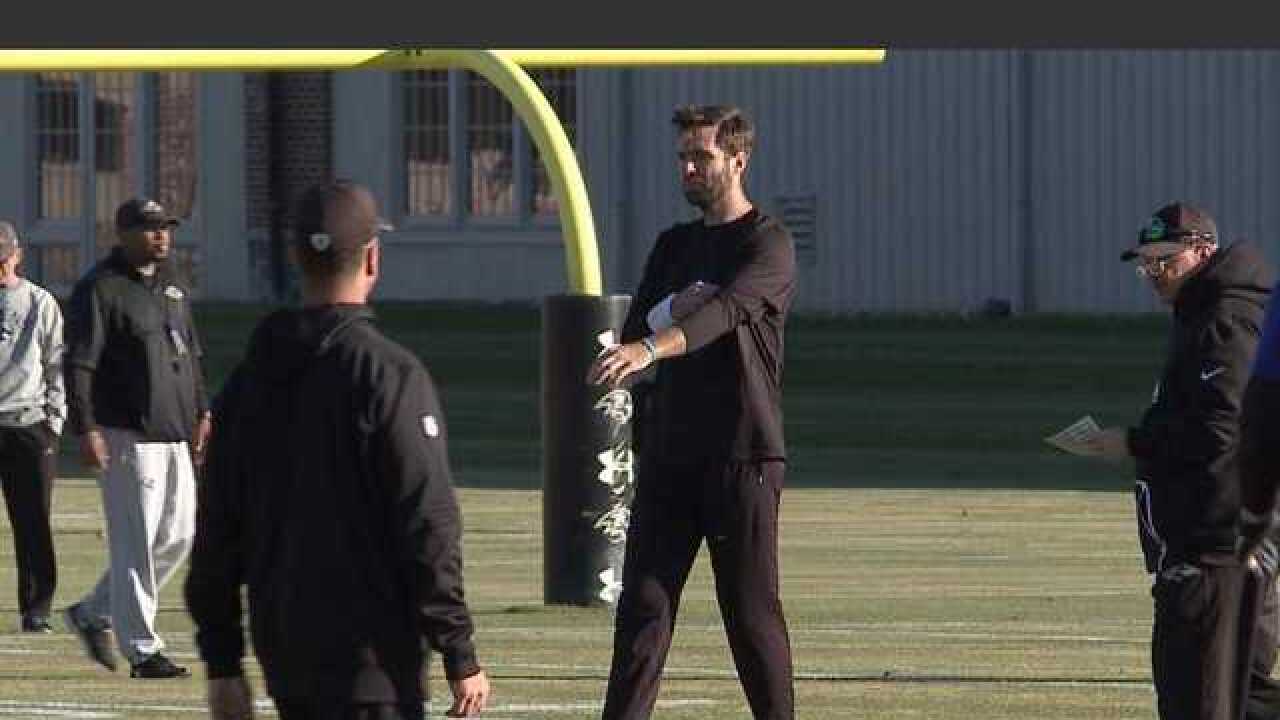 In the sixth and final playoff spot with five games to go. There’s no room for the Ravens to let their collective foot off the gas now.

“It’s that time of year when we got to start stacking games together,” said Ravens center Ryan Jensen. “Definitely winning two games in a row, it gets that momentum and that ball rolling.”

The 6-5 Ravens go for their first three-game win streak of the season on Sunday when they host the 6-5 Detroit Lions.

“This is a huge game for them and us. It’s going to be playoff atmosphere. It’s win or go home,” said Ravens safety Eric Weddle.

“We know we’re in the hunt. It just seems like it’s so here right now. We have to make it happen right now,” added Ravens quarterback Joe Flacco.

Following Monday night’s win over the Houston Texans Flacco said his offense needs to “let it loose a little bit more”. That unit ranks next to last in the NFL in total offense and last in the league in passing offense. Flacco said Wednesday he has confidence they can turn it around.

“We’re going to make it happen,” he said. “We’ve got a little bit to go. It’s not anything crazy but we definitely have the guys that can make some plays and get us rolling.”

It wasn’t all about football for the Ravens on Wednesday. Head Coach John Harbaugh took some time out to reflect on the life of Baltimore Police Detective Sean Suiter and talk about the role the police play in our city.

“Our hearts go out to families,” said Harbaugh. “Our hearts go out to the people involved. We have a lot of respect for police officers and detectives here and everywhere but especially in Baltimore, Baltimore County and Baltimore City. The sacrifices that are made and the commitment that those people have to creating a society that’s more civil is something that I think we should take very much care to honor."