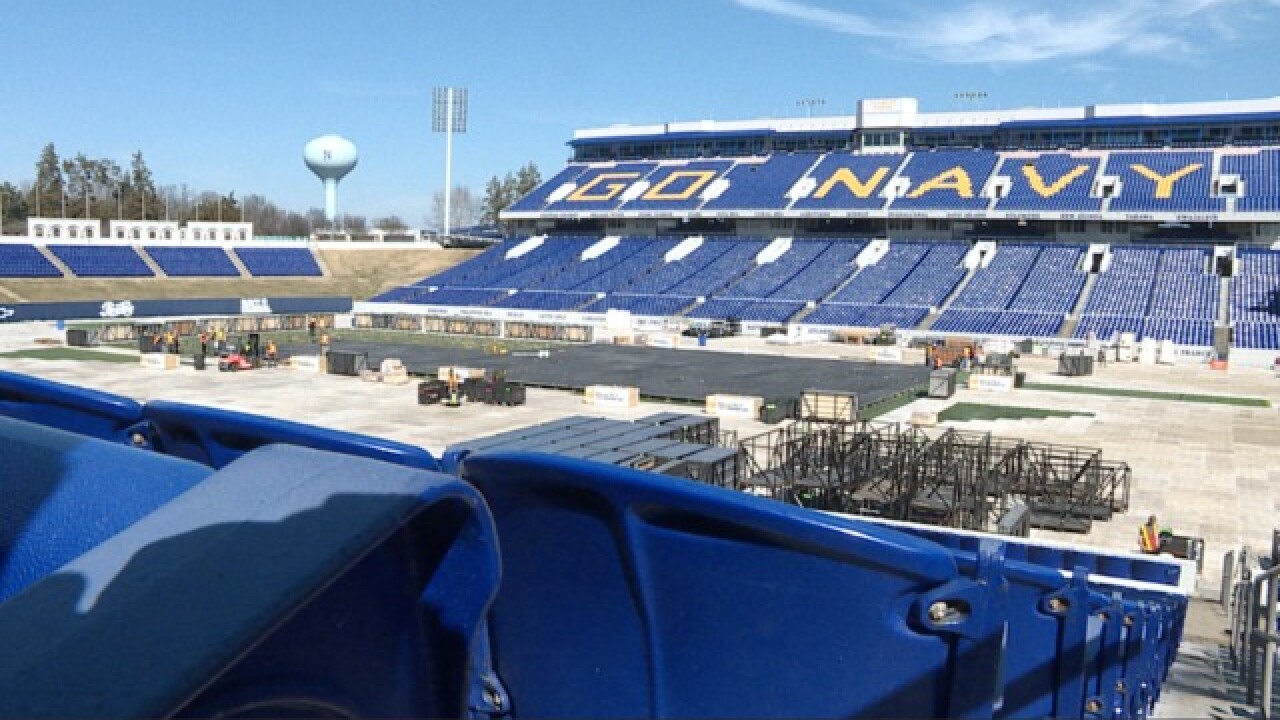 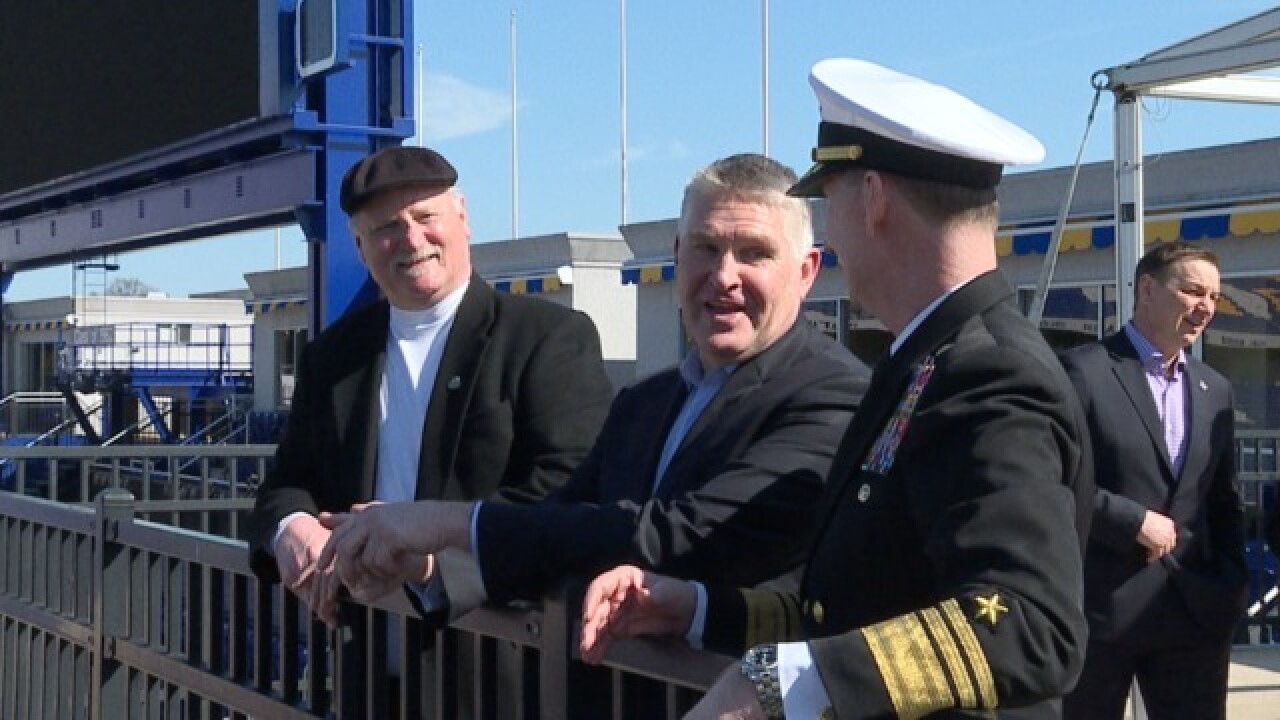 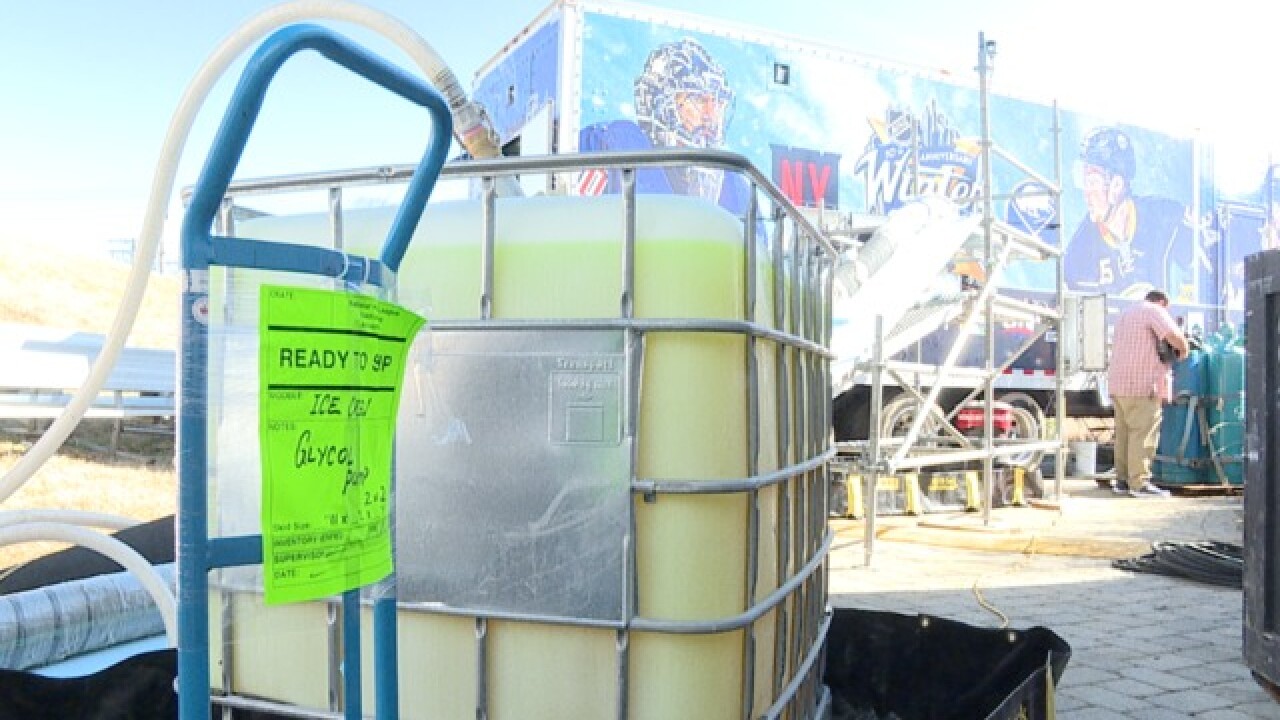 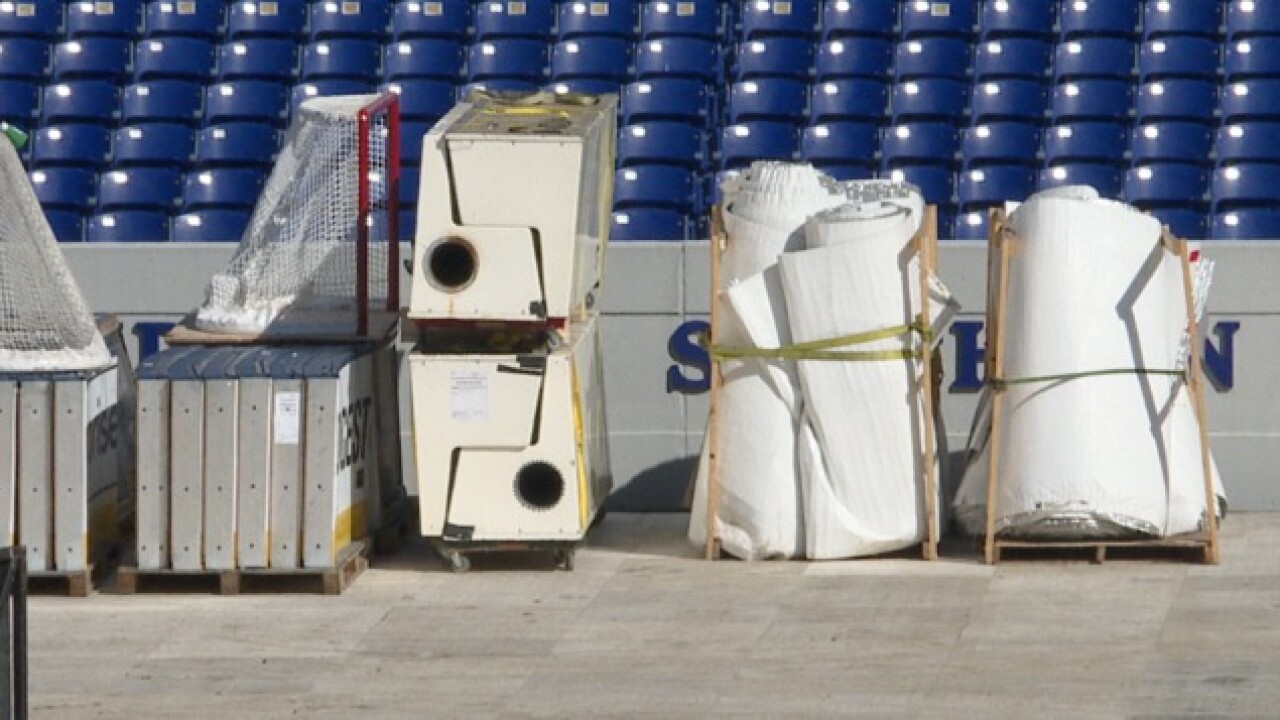 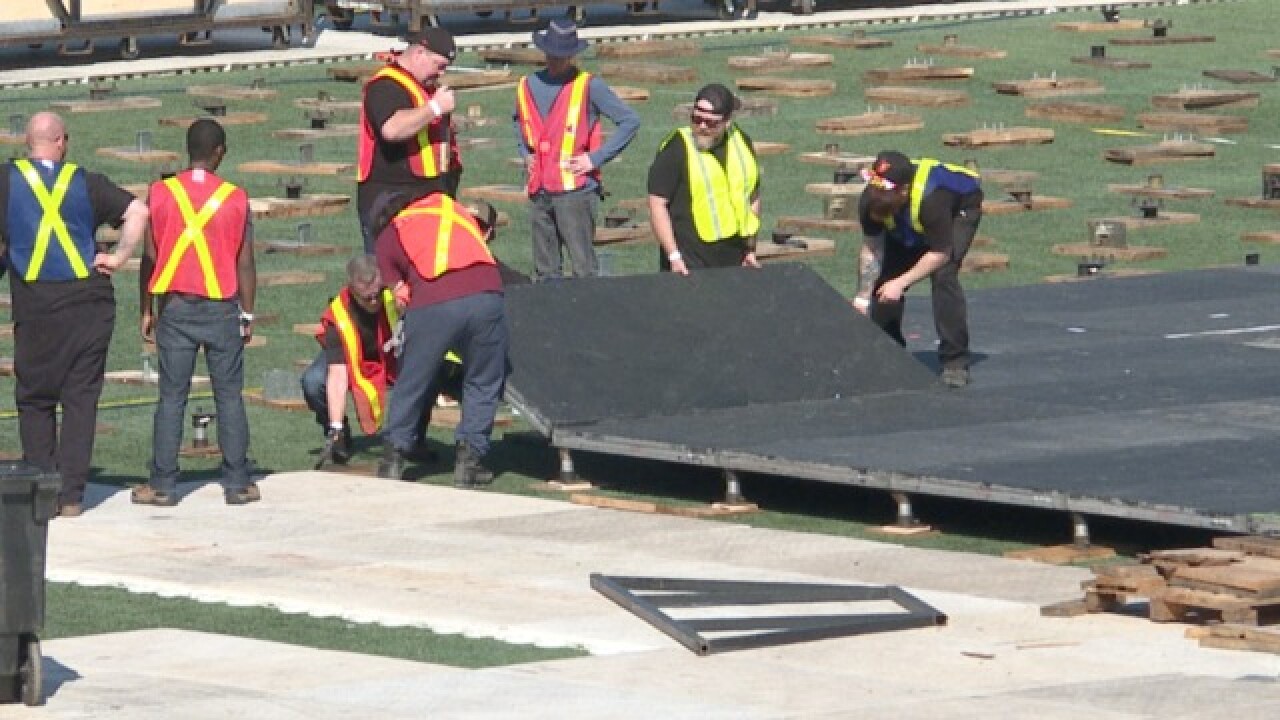 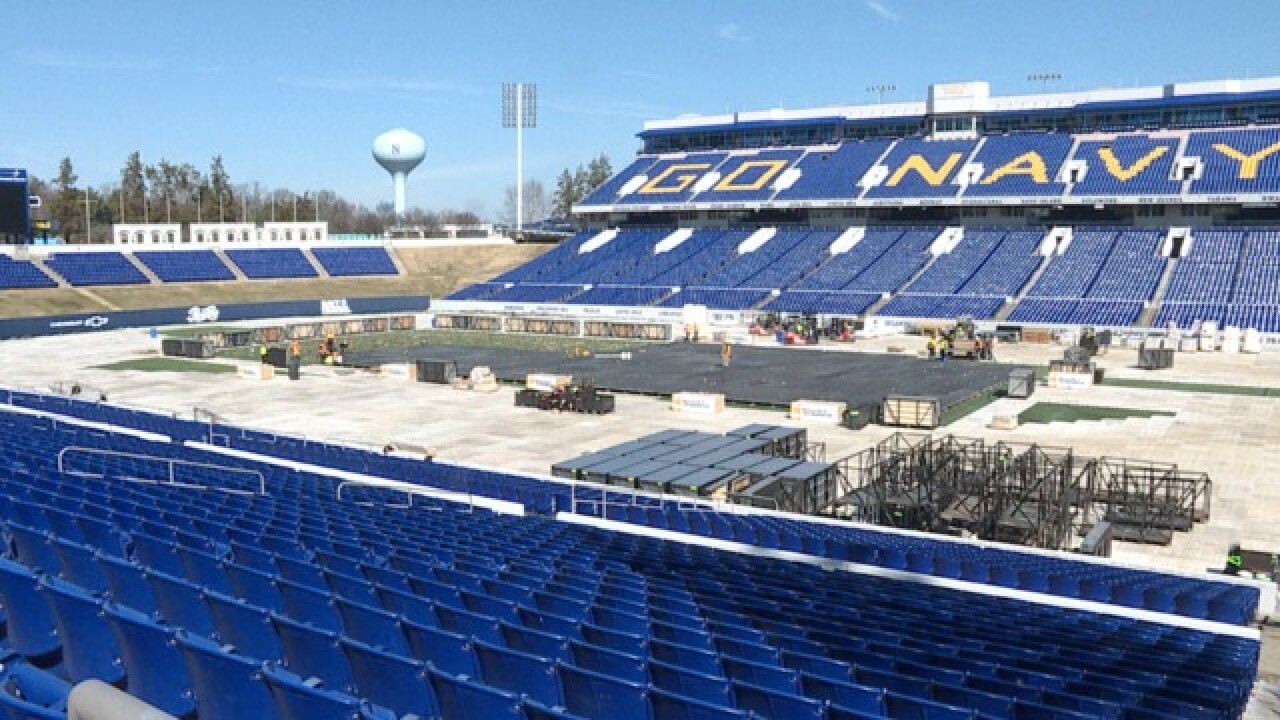 The football field is officially under construction at the Naval Academy.

The NHL is on the scene transforming Navy-Marine Corps Memorial Stadium into a hockey rink. The Washington Capitals host the Toronto Maple Leafs at the venue on March 3.

“If I was a player, if I got the schedule sometime in early September or in the summer, I would definitely circle this day on March 3,” said former Capitals forward Peter Bondra.

Bondra and fellow former Caps Rod Langway and Craig Laughlin will be there. Bondra lives in Annapolis.

“It’s great for Annapolis, for Maryland, for Baltimore,” he added.

About 32,000 square feet of decking will be used to construct the rink.

20,000 gallons of water is needed to create a two-inch ice surface.

3,000 gallons of coolant will keep that ice frozen.

The wild card in all of this, of course, is the weather in March in Maryland. What if it turns out to be a day like Tuesday? In the 60’s or even 70’s?

Is there a chance Mother Nature gets the upper hand on the NHL?  The man in charge said don’t worry.

“With the equipment we have we can make all conditions work in our favor,” said NHL Senior Manager of Facilities & Hockey Operations Derek King. “So, I don’t have really any concerns with this game.”

King adds that most of the ice-making will be done at night. The game is scheduled to be played at 8 p.m. The long-range forecast at puck drop is expected to be in the mid 30’s.